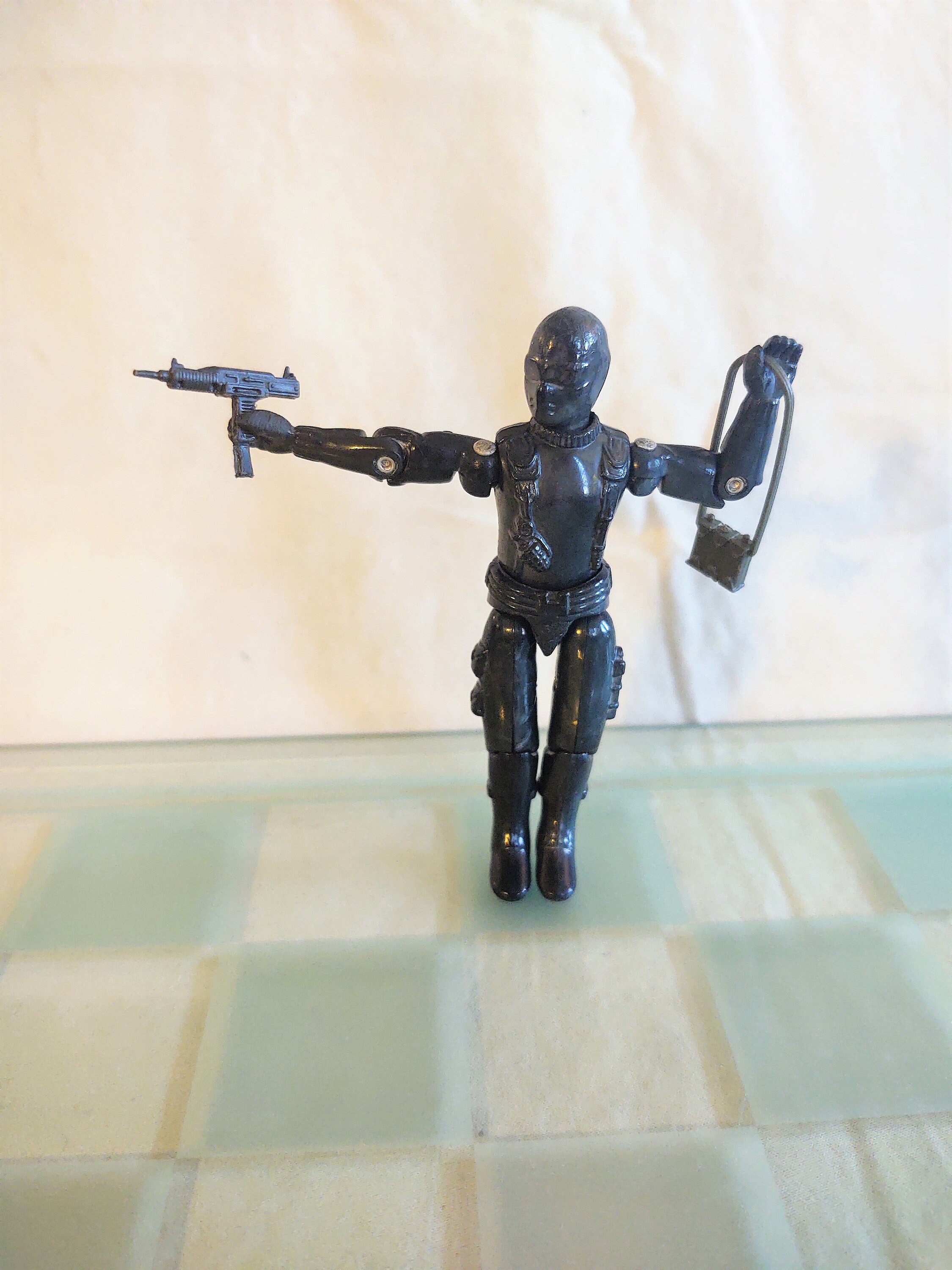 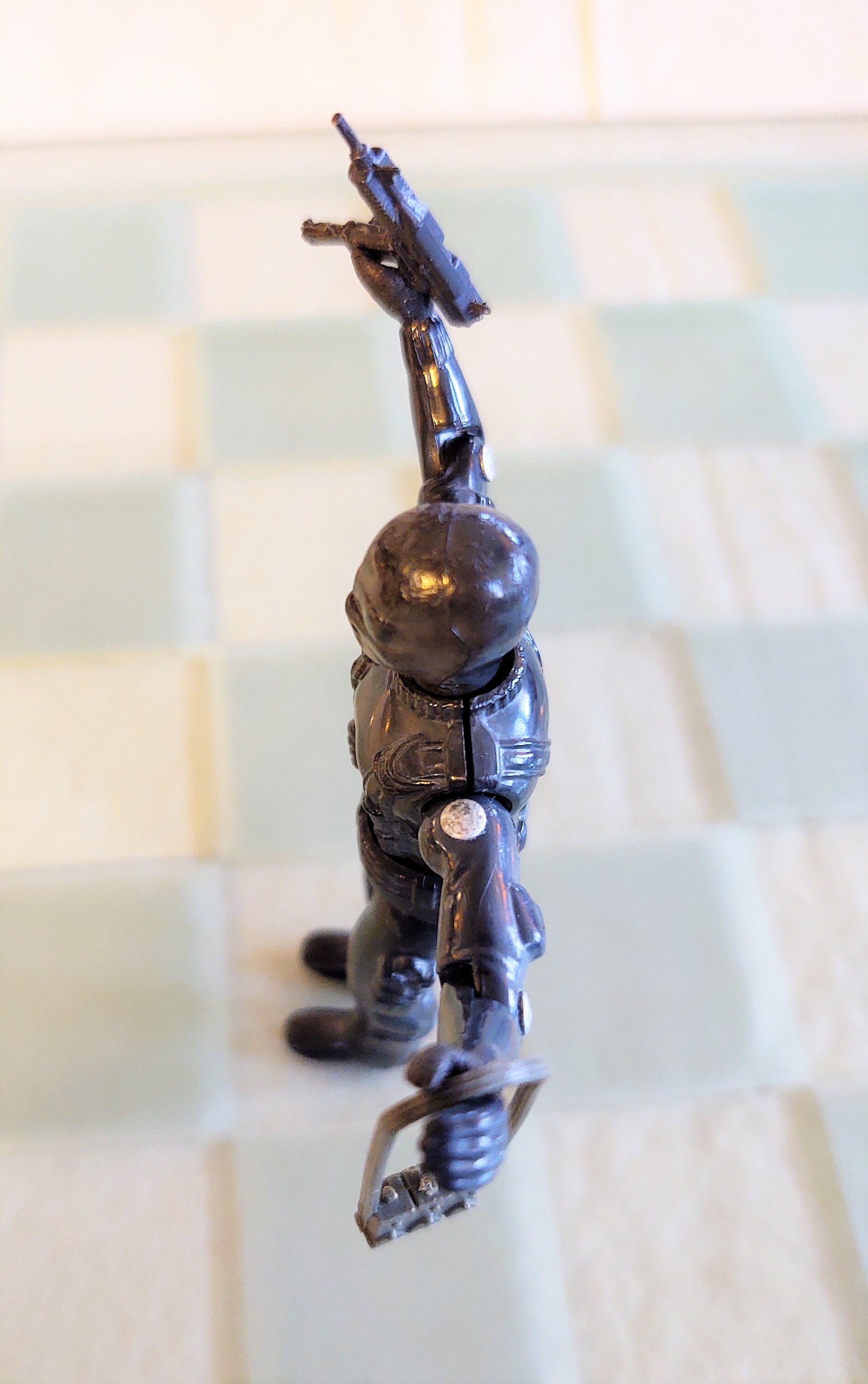 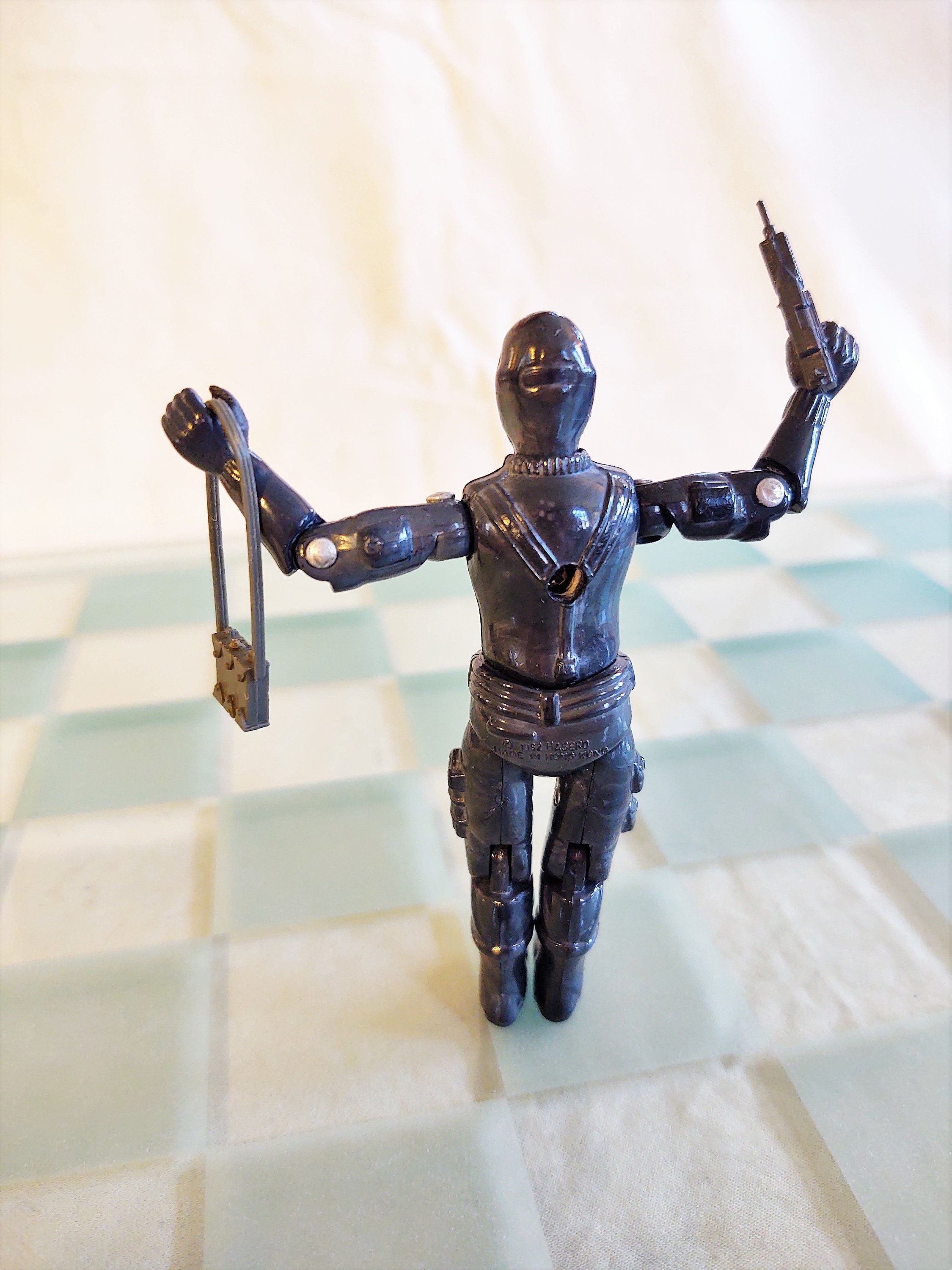 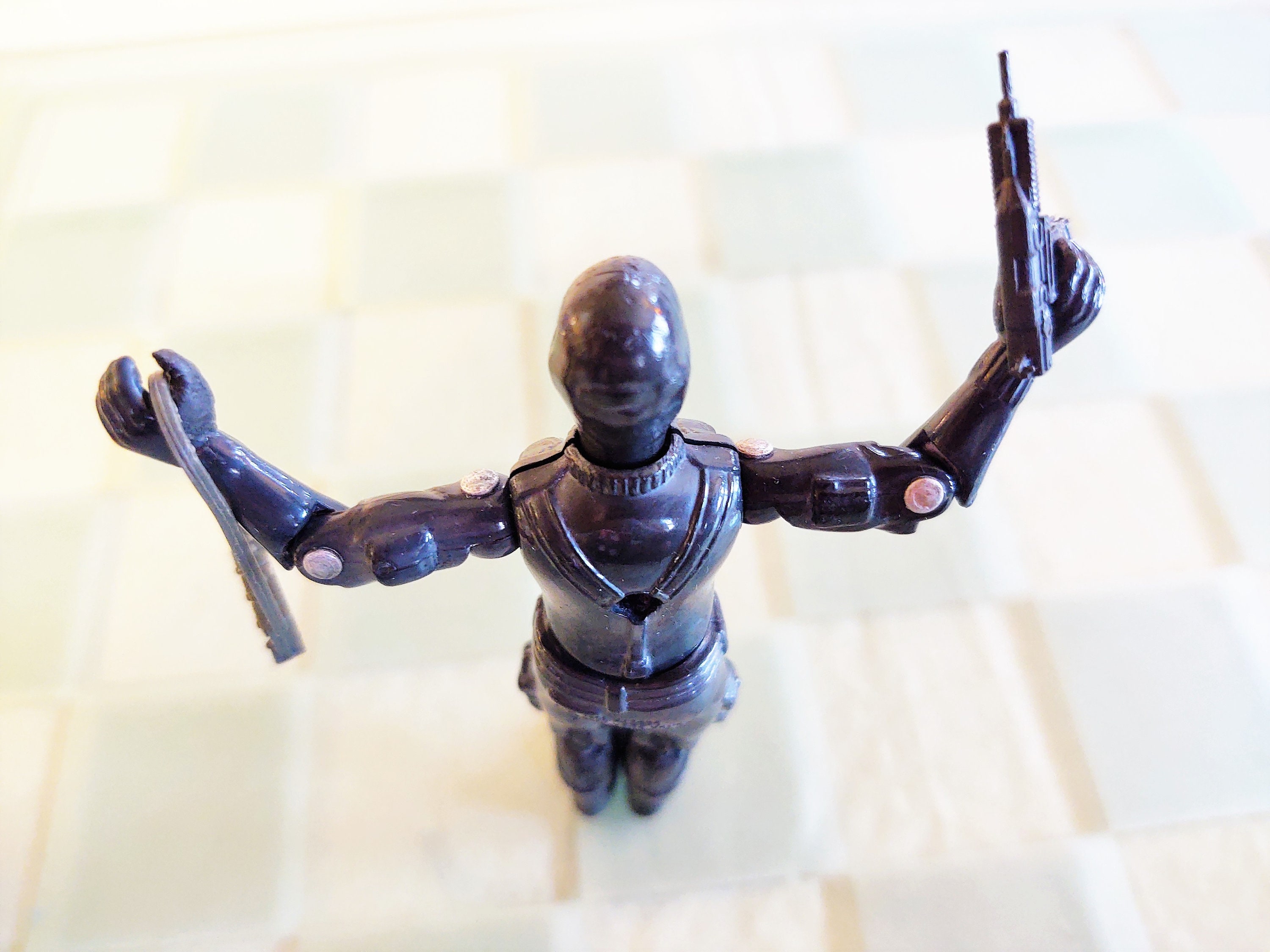 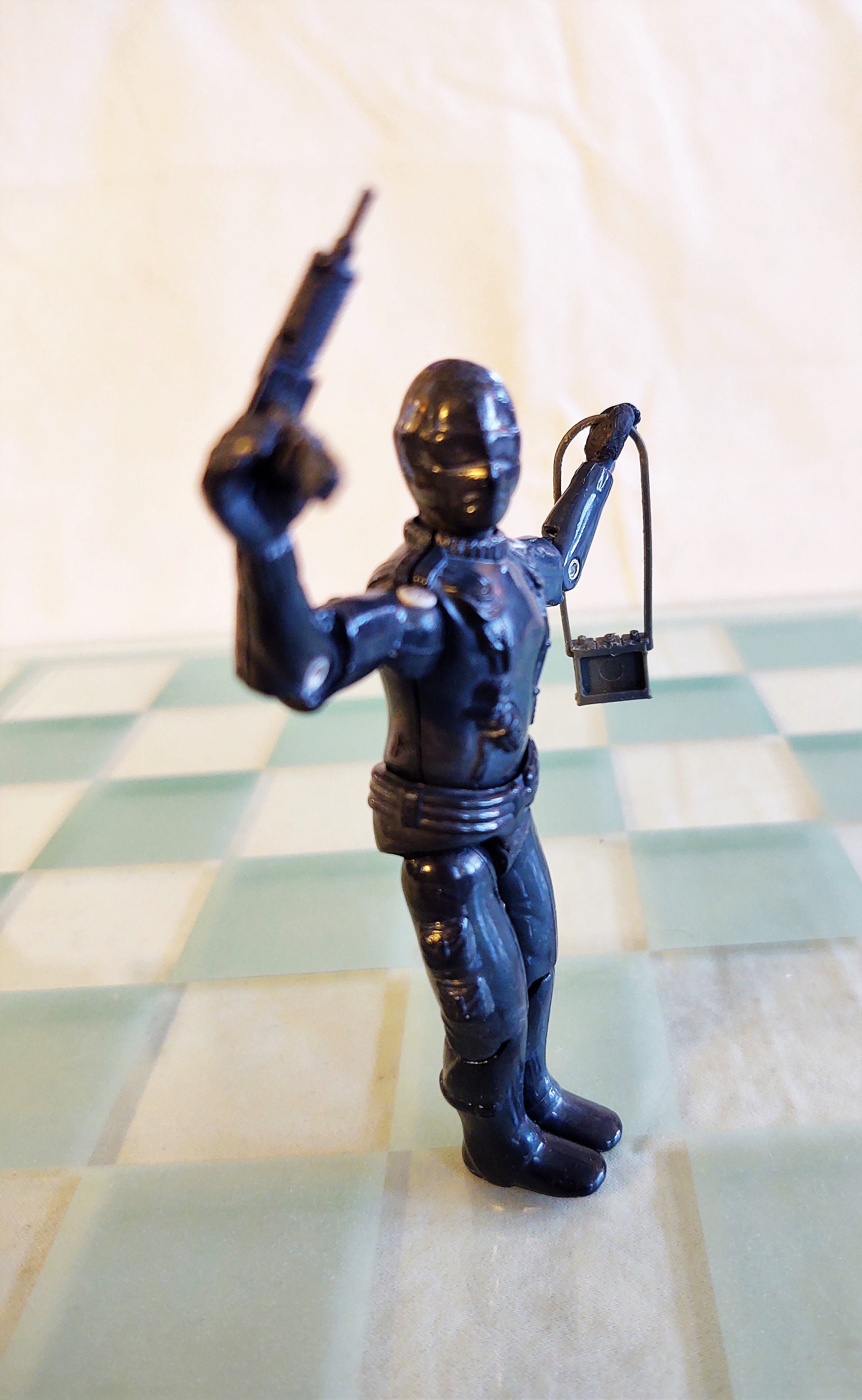 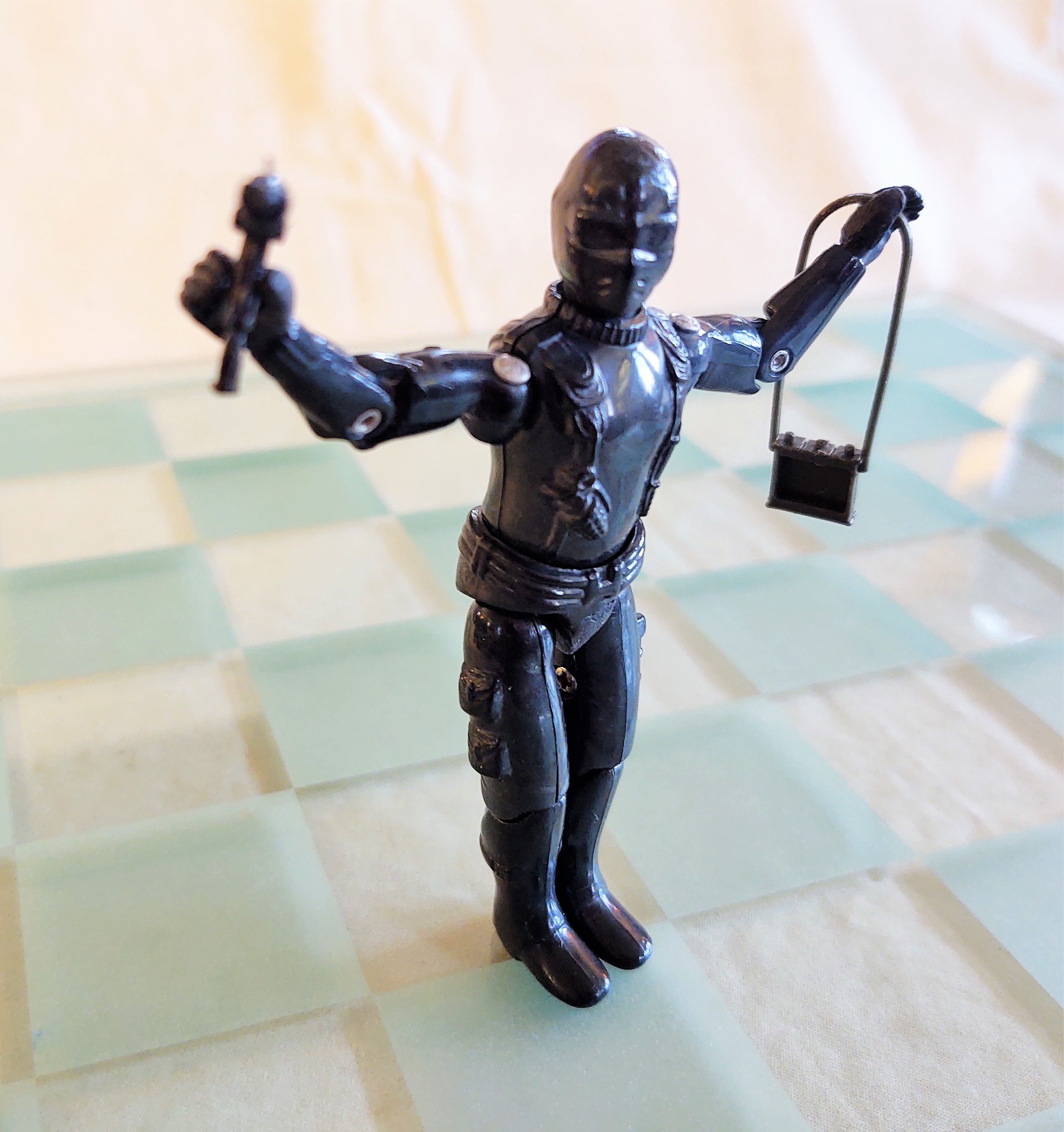 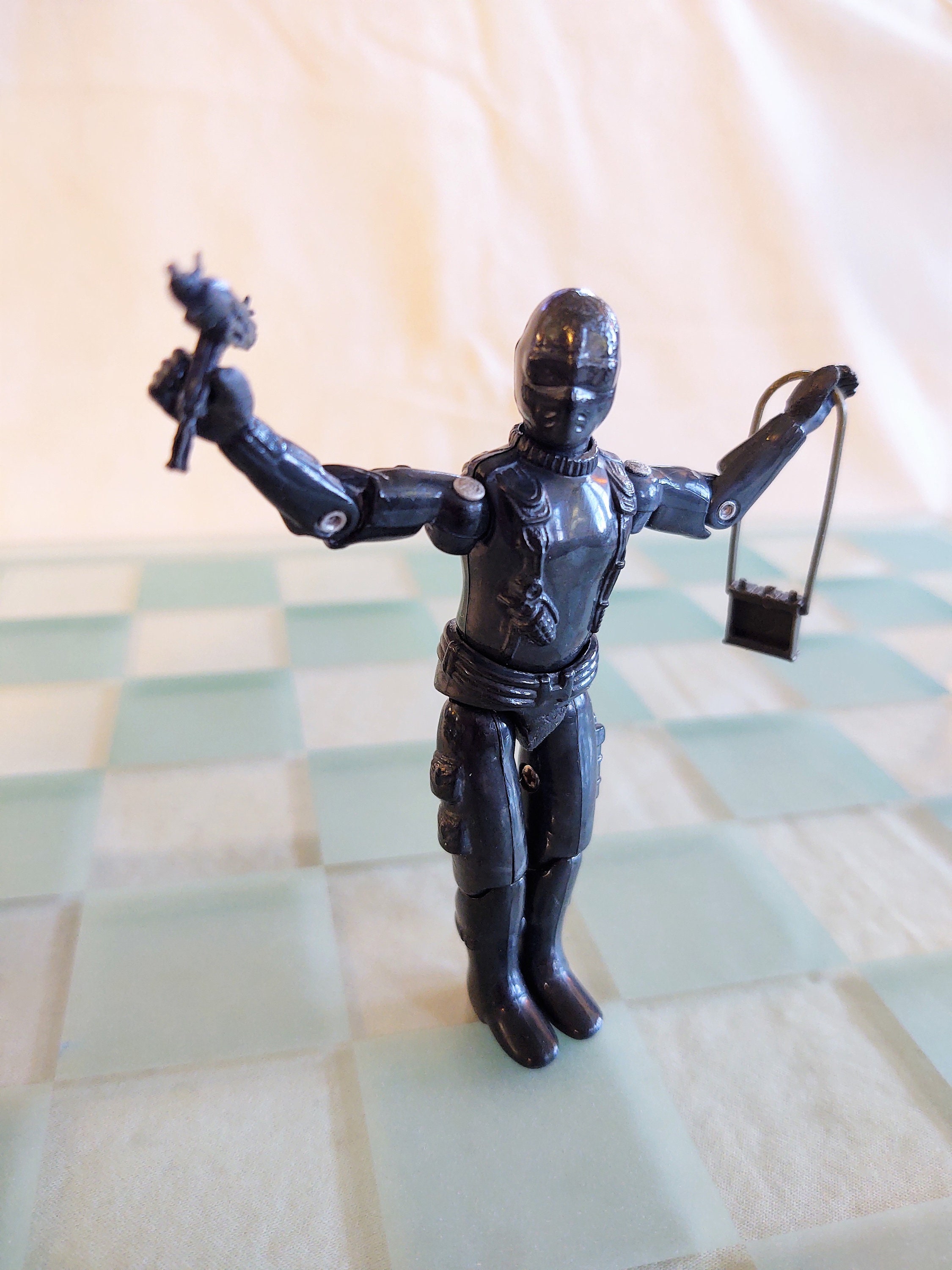 1982 Complete GI Joe Snake Eyes Complete With Uzi and Explosives Pack. Shoulders, elbows, neck, knees and waist/O ring are sufficiently tight, though his hip joints are not tight. Although his O ring is fine, his hips might tighten up with a new O ring or a slightly smaller O ring.

This is the hardcore, multiple Purple Heart recipient, veteran of a LOT of action version of Snake Eyes. Both of his thumbs are prosthetic, as is his crotch. Note though, the thumbs are great, secure grippers -- that's why we went ahead and shoved in his Uzi and explosives pack to show they have no problem gripping. He's also seen so much action that he's got some gray tones to his coloring. He is an NCO with a sleeve full of chevrons, suffice it to say. Lots of character, but still kicking ass. Despite the foregoing, he's got a heck of a shiny finish. Marble smoothe and shiny, other than for some texture on the very top of his head. He's a distinctive Snake Eyes unlike any other.