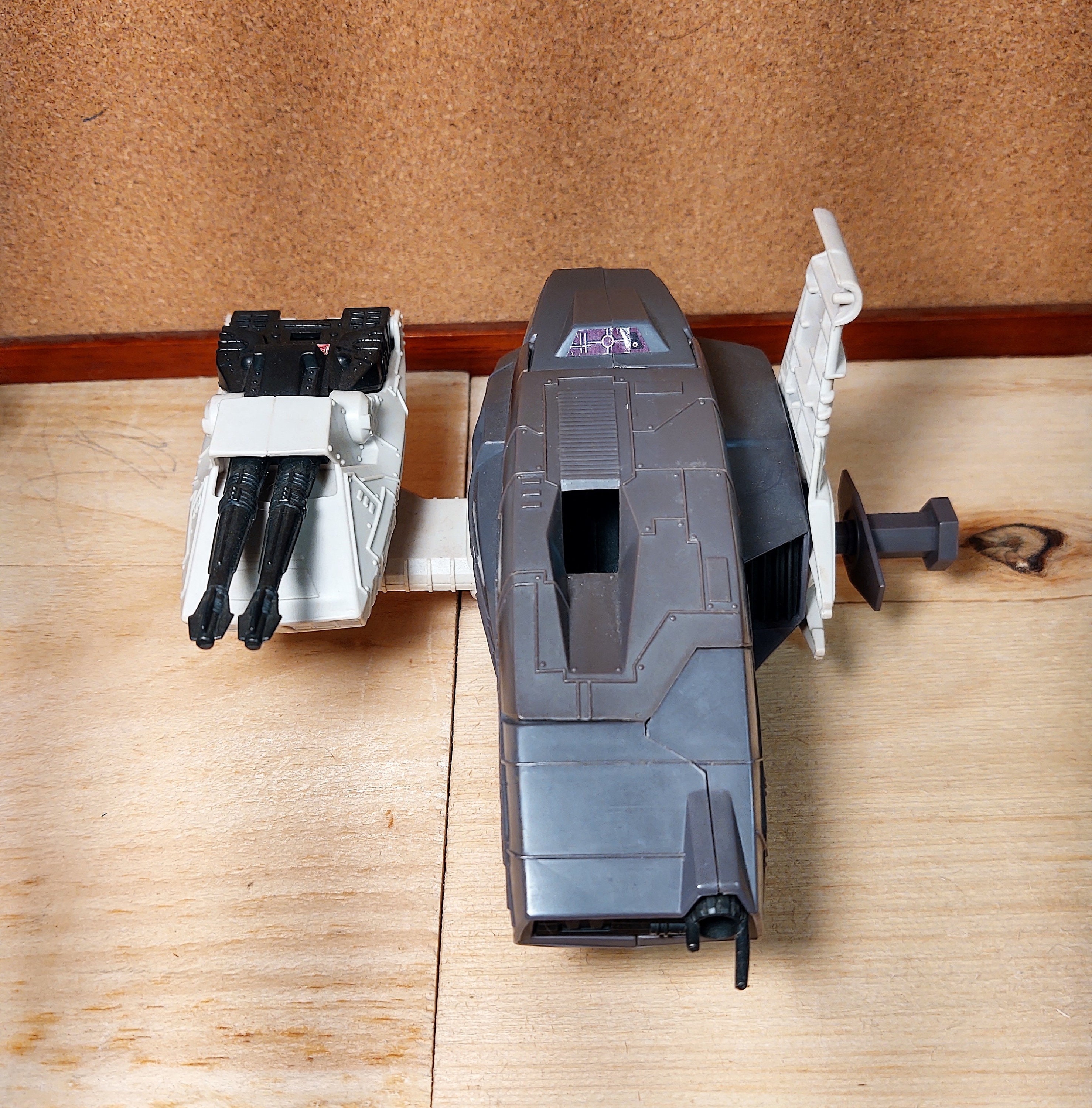 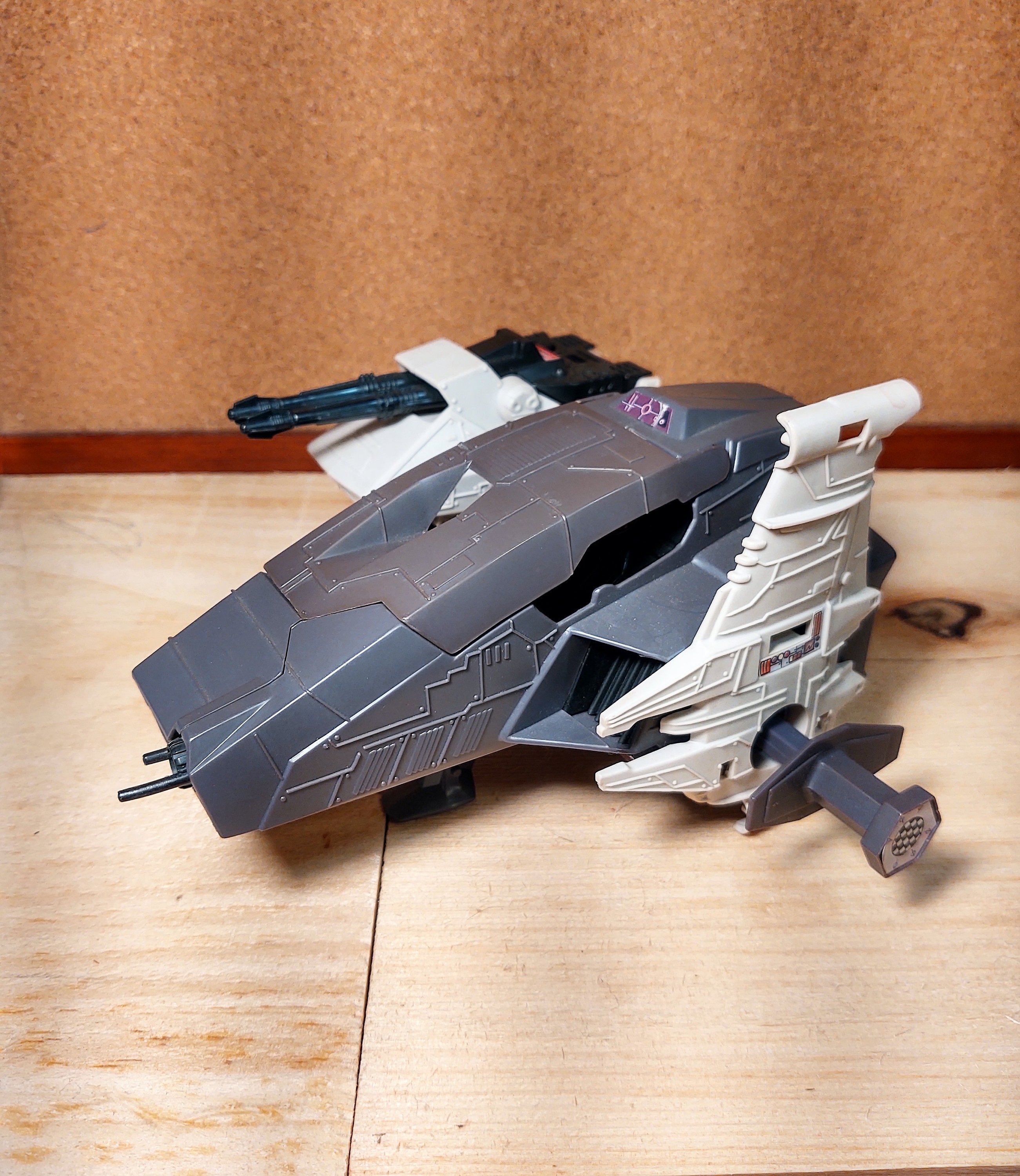 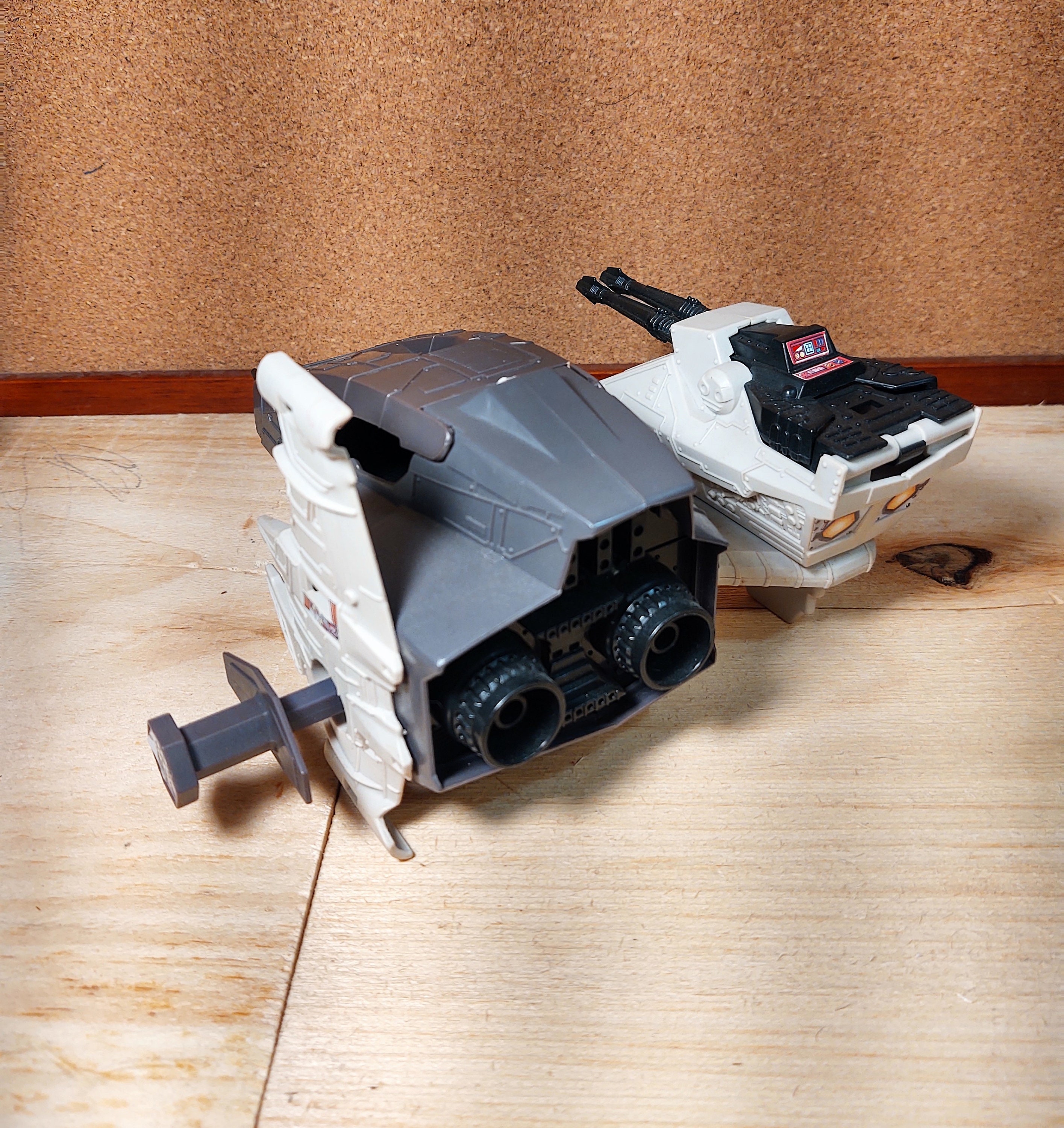 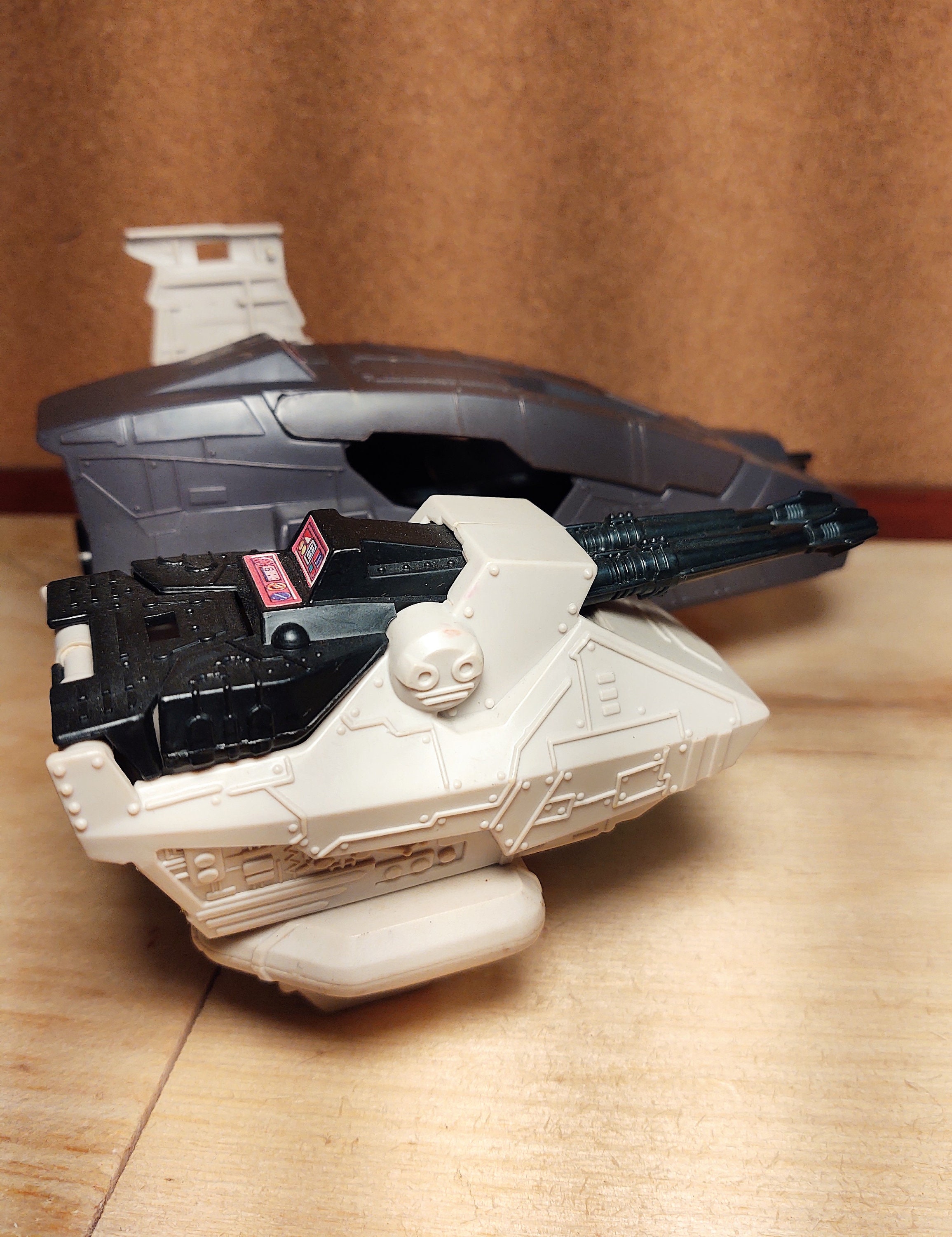 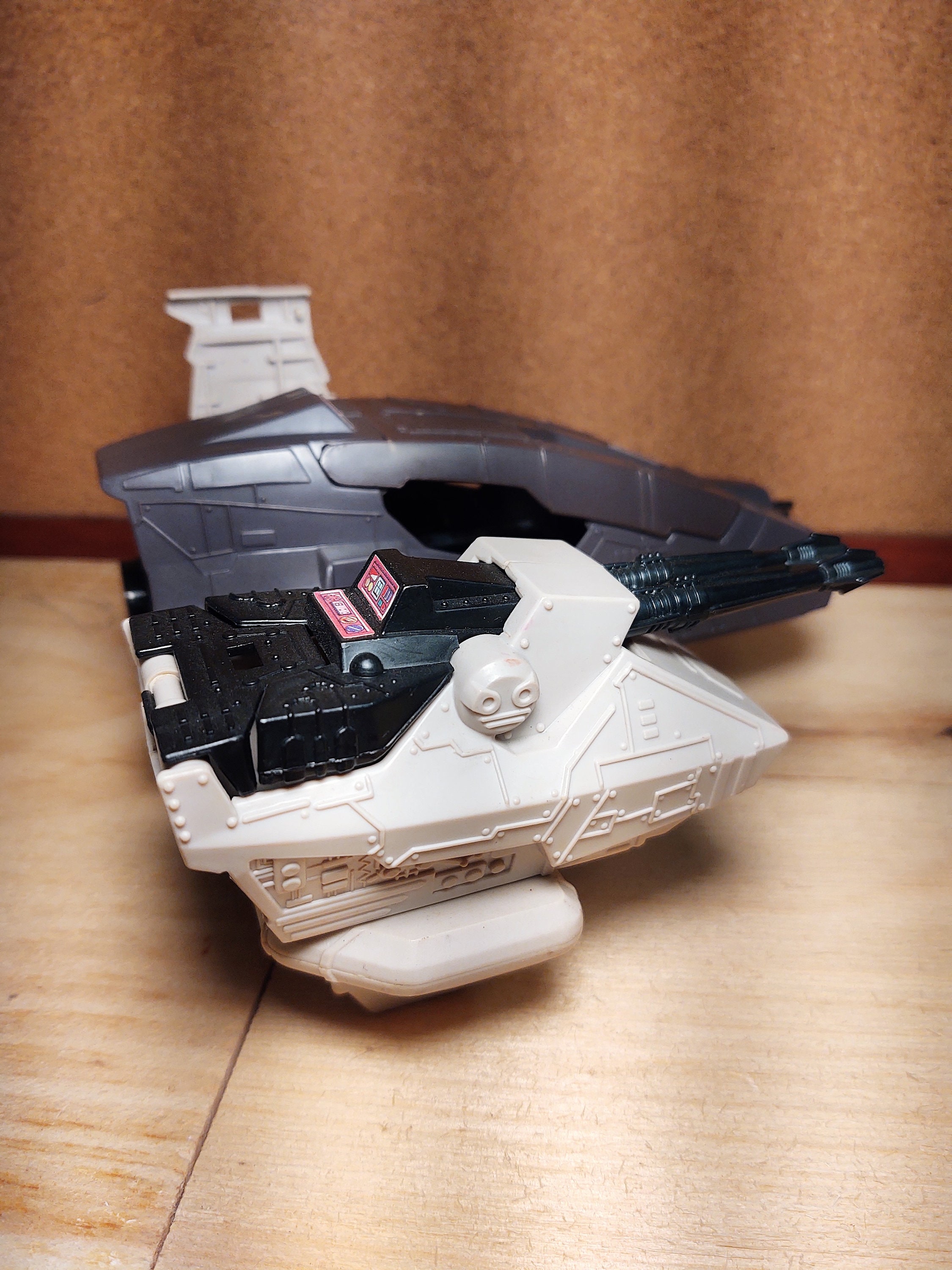 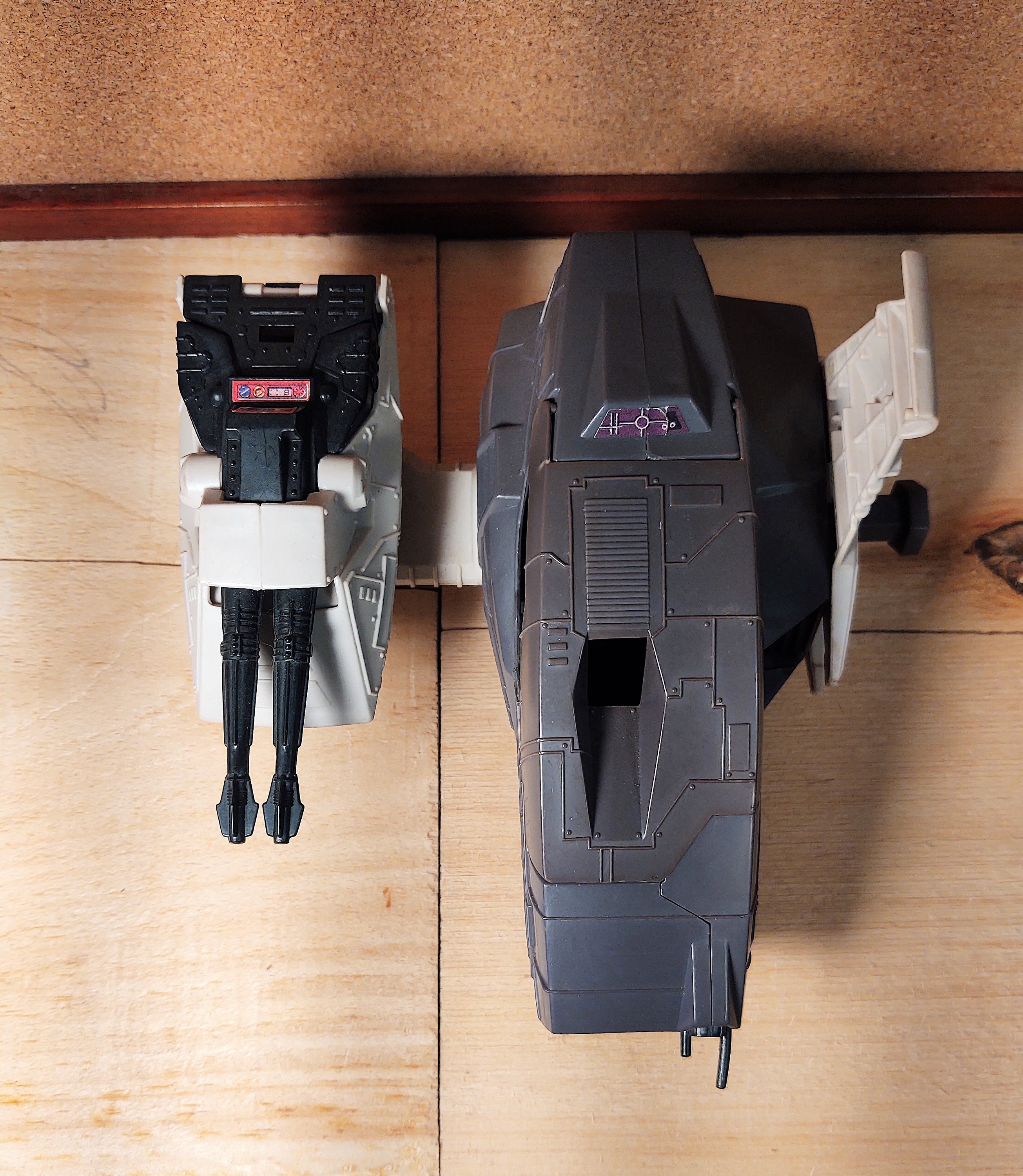 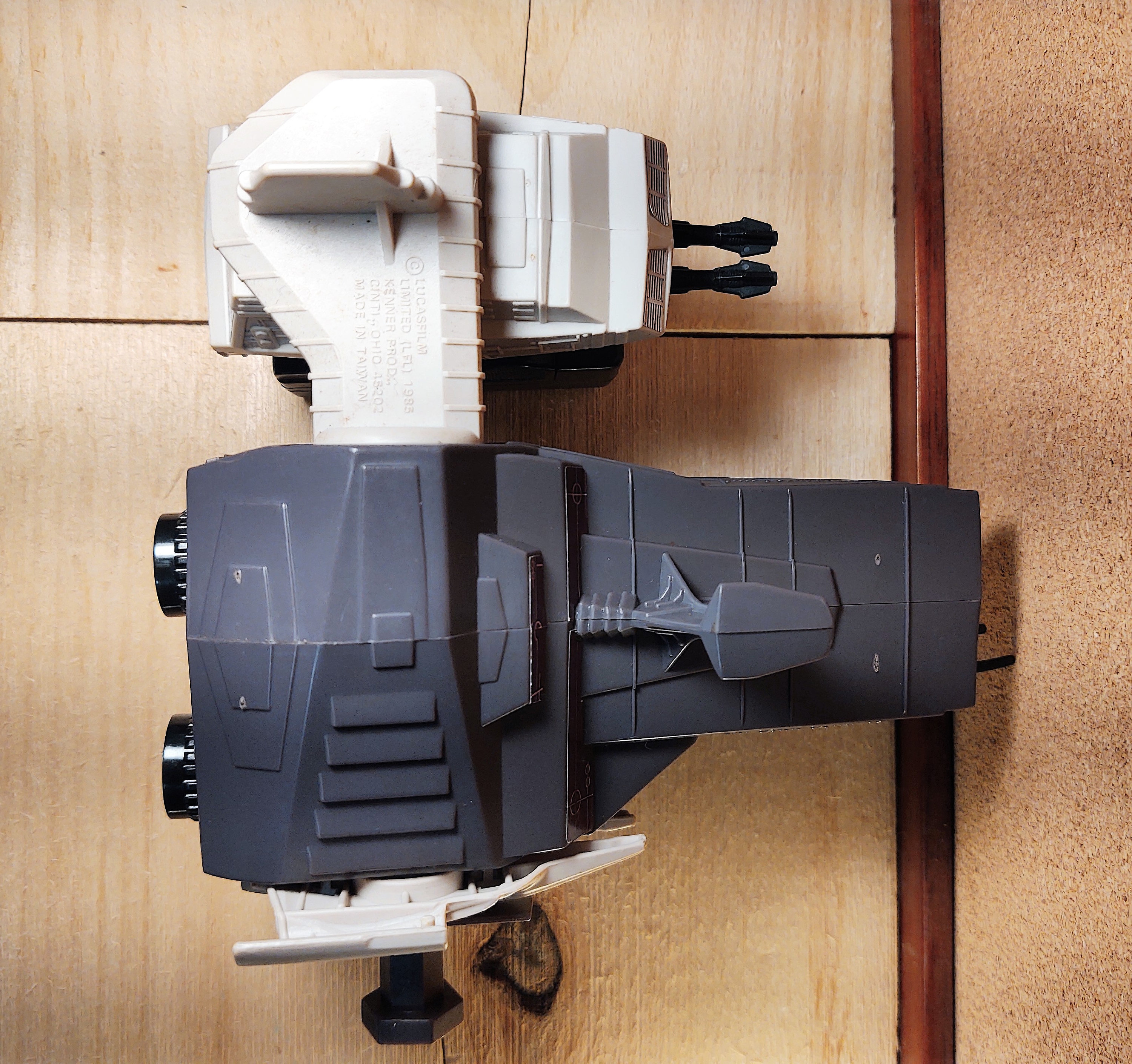 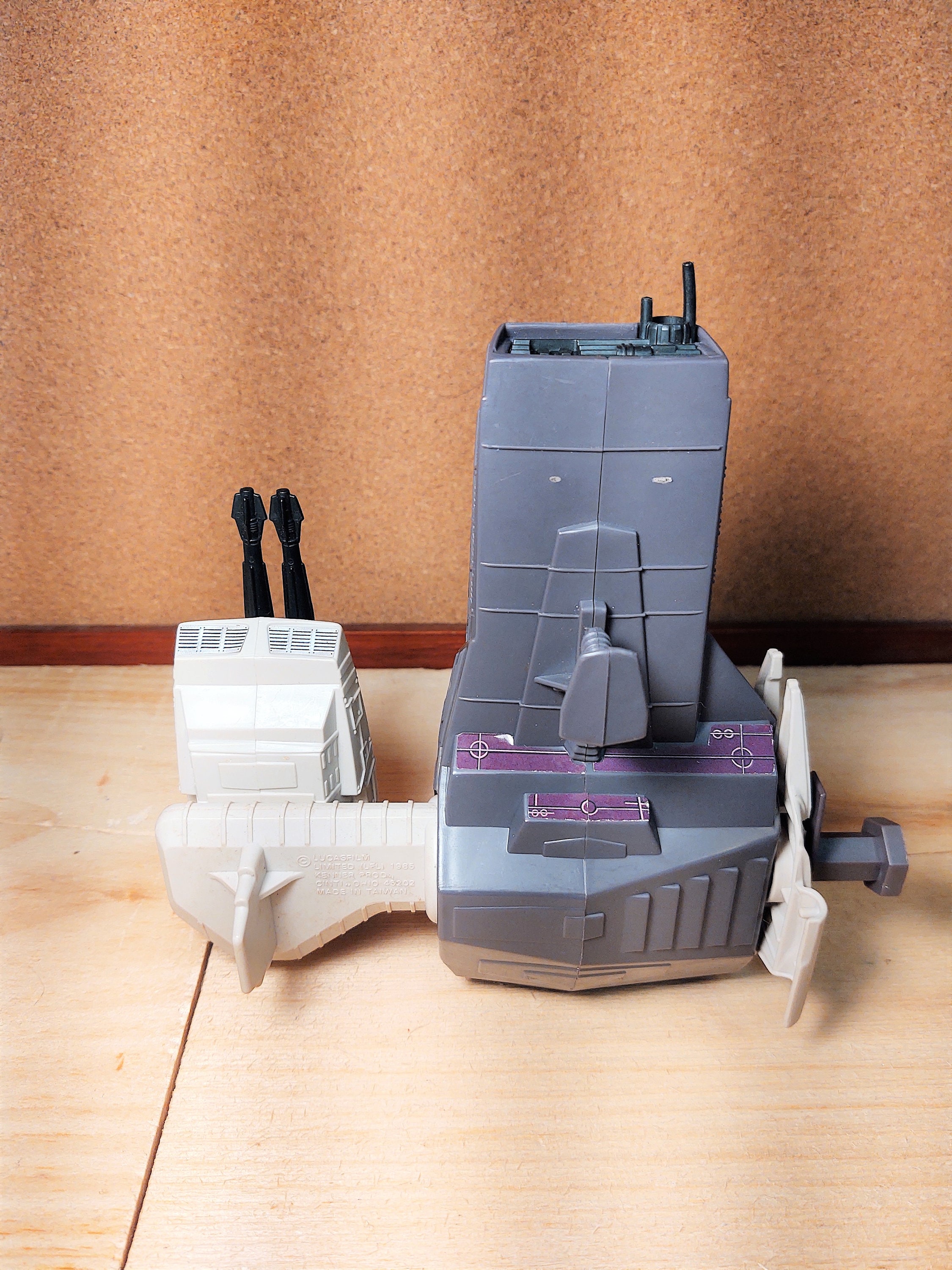 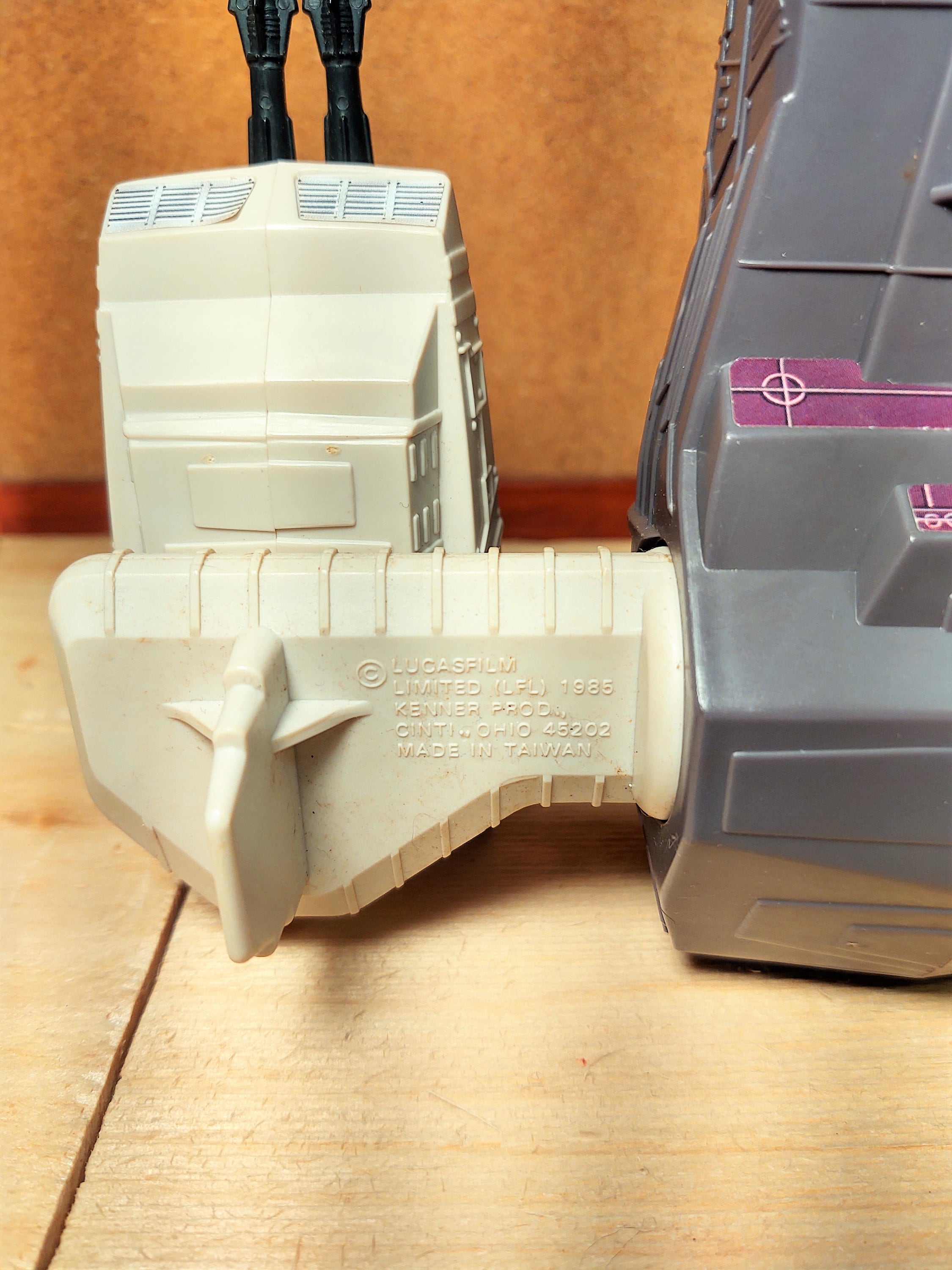 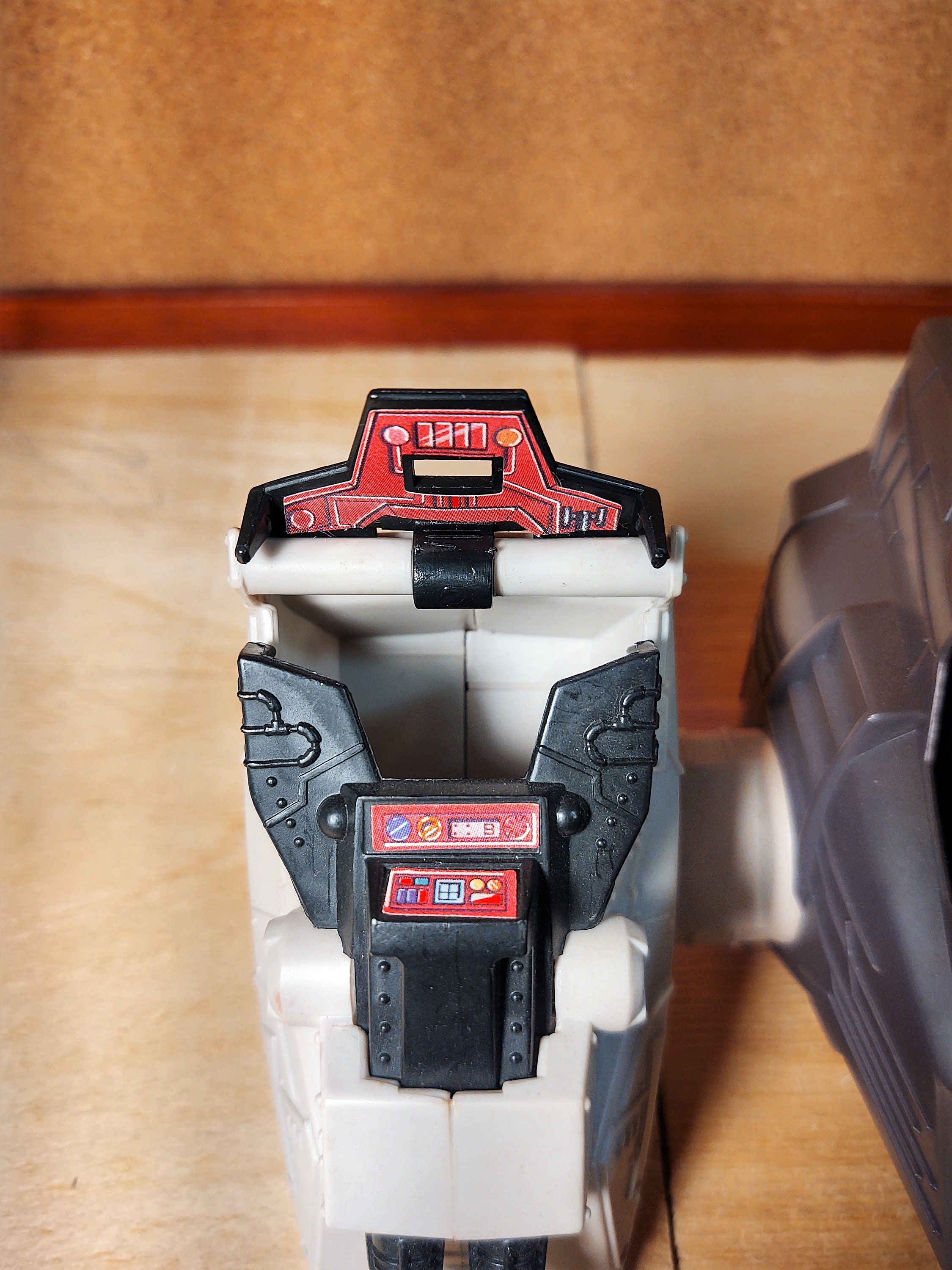 One of three vehicles released by Kenner for the Droids cartoon in 1985 after Return of the Jedi. Given the demise of the franchise at that time and the advent of other movies and elements of pop culture, these are considerably rarer than any of the Kenner ships released for A New Hope, Empire Strikes Back, or Return of the Jedi. This Side Gunner is complete but for the top wing gun, and otherwise very sharp, with great stickers.