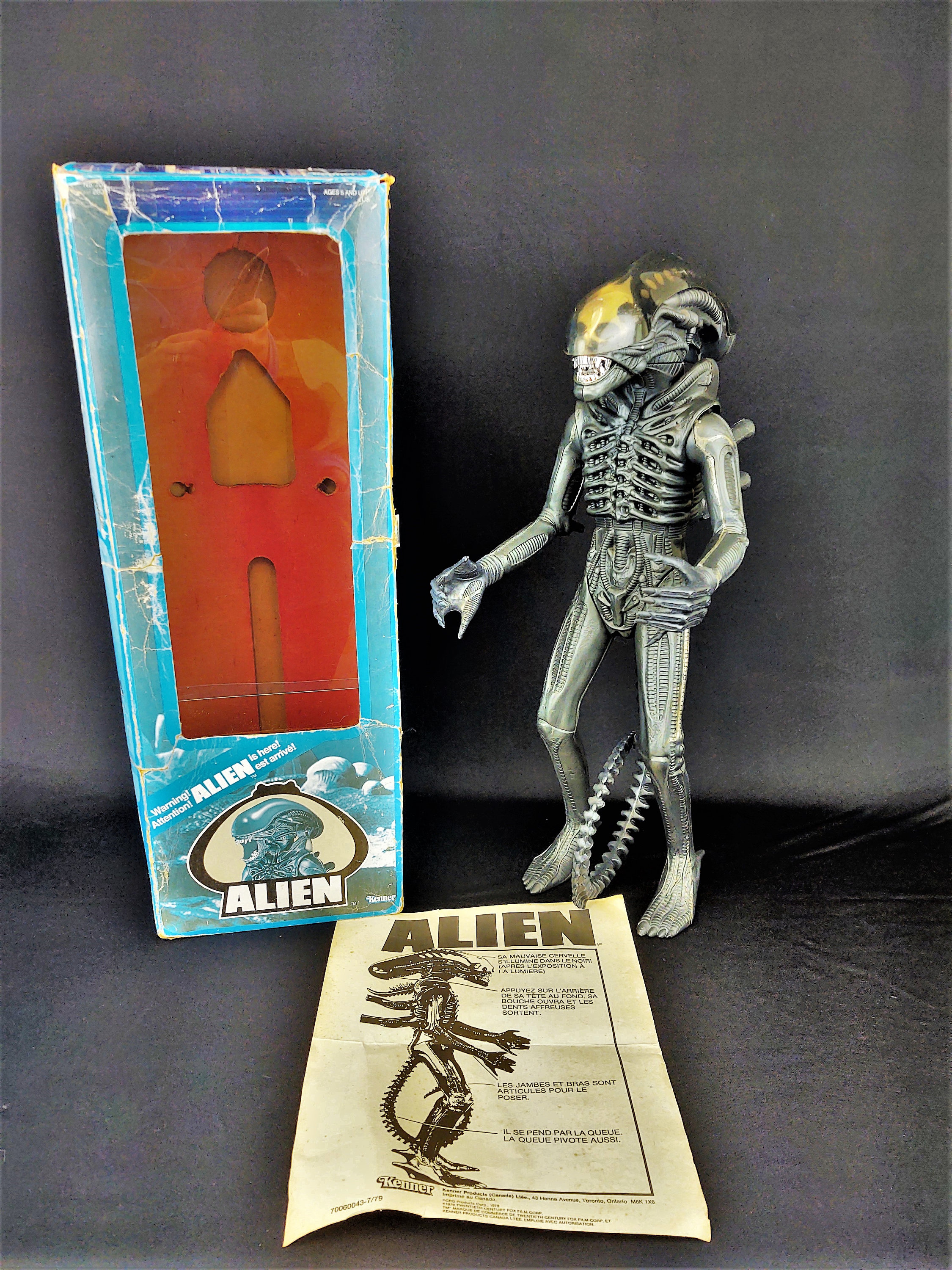 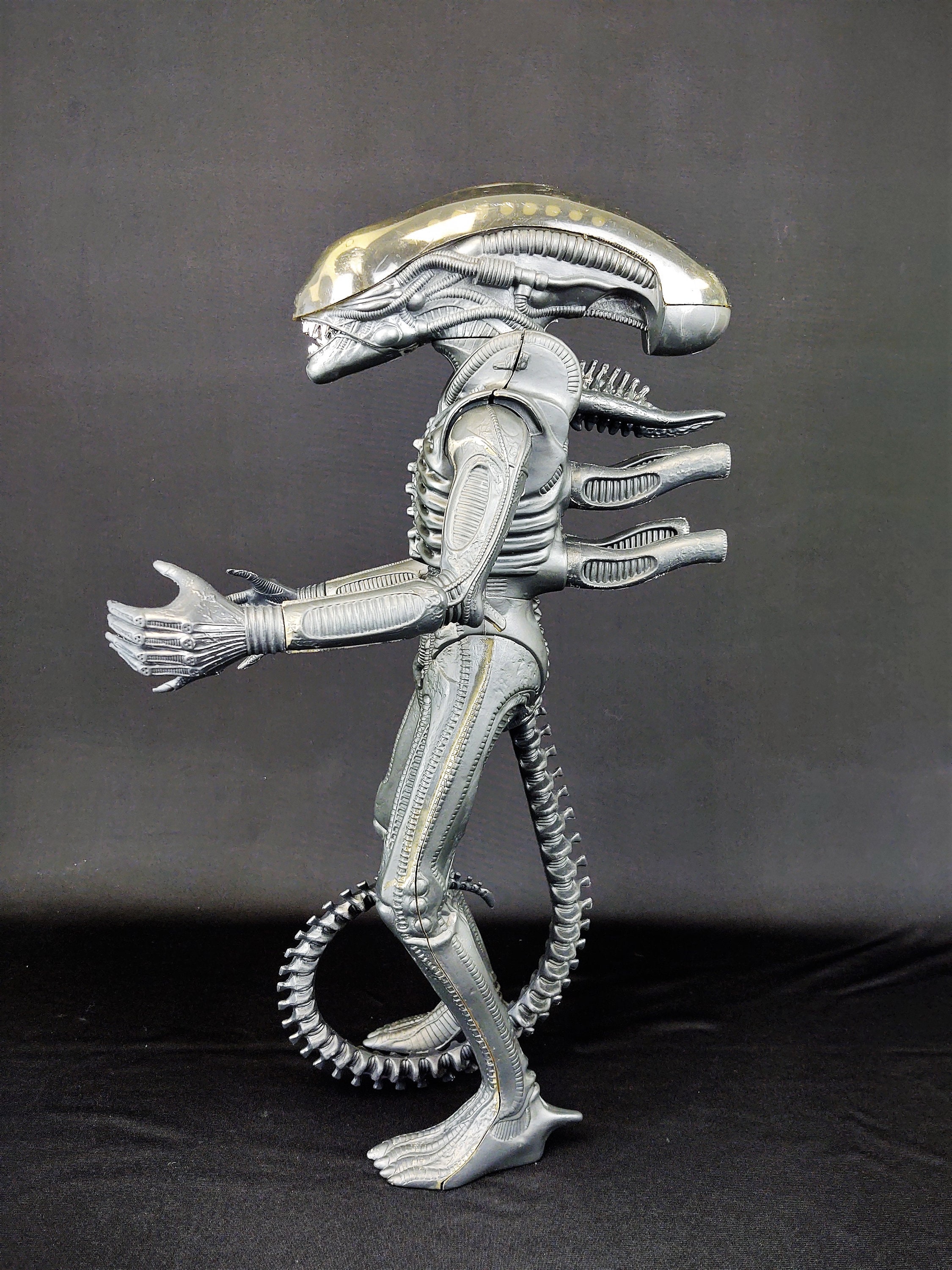 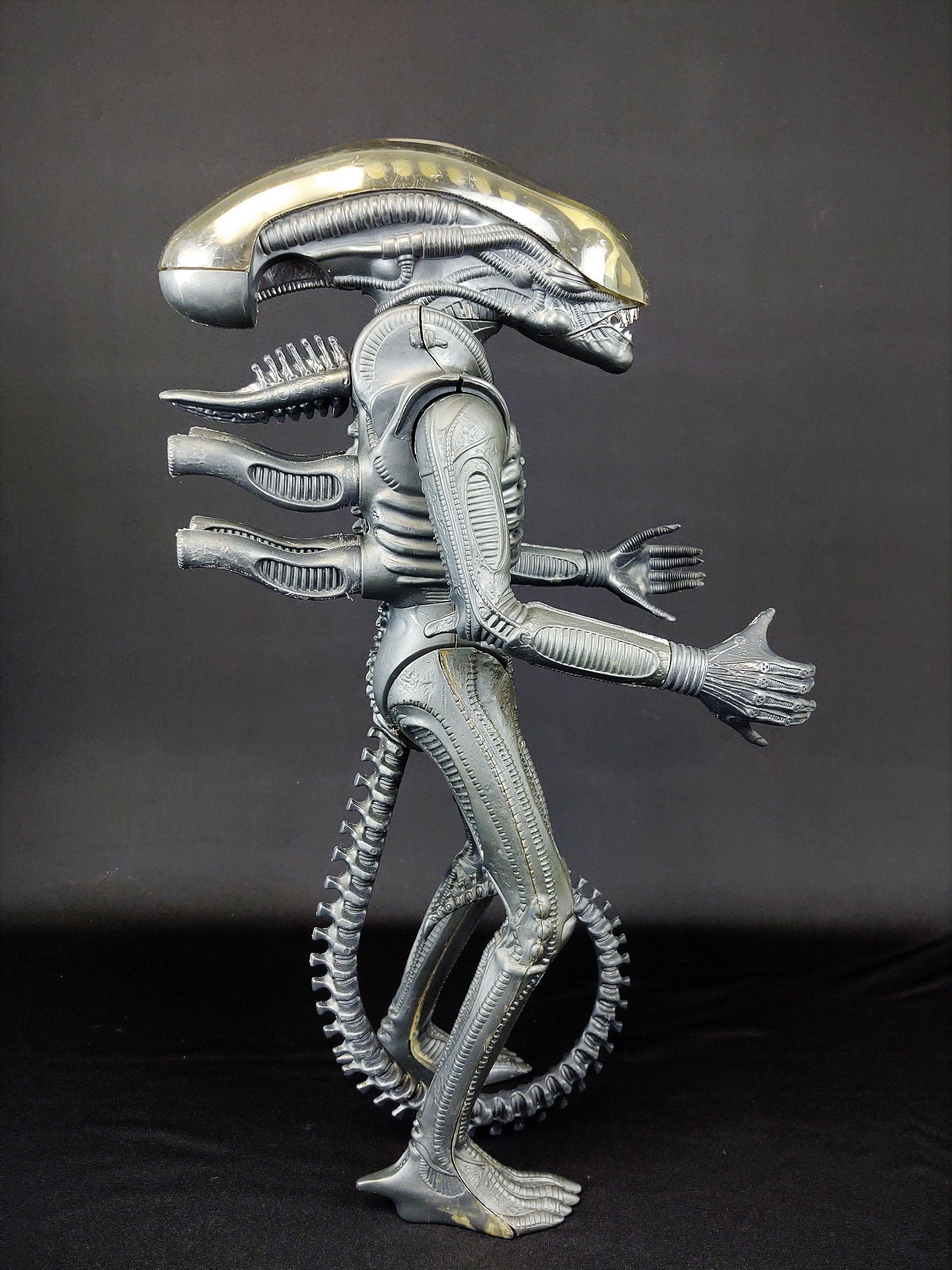 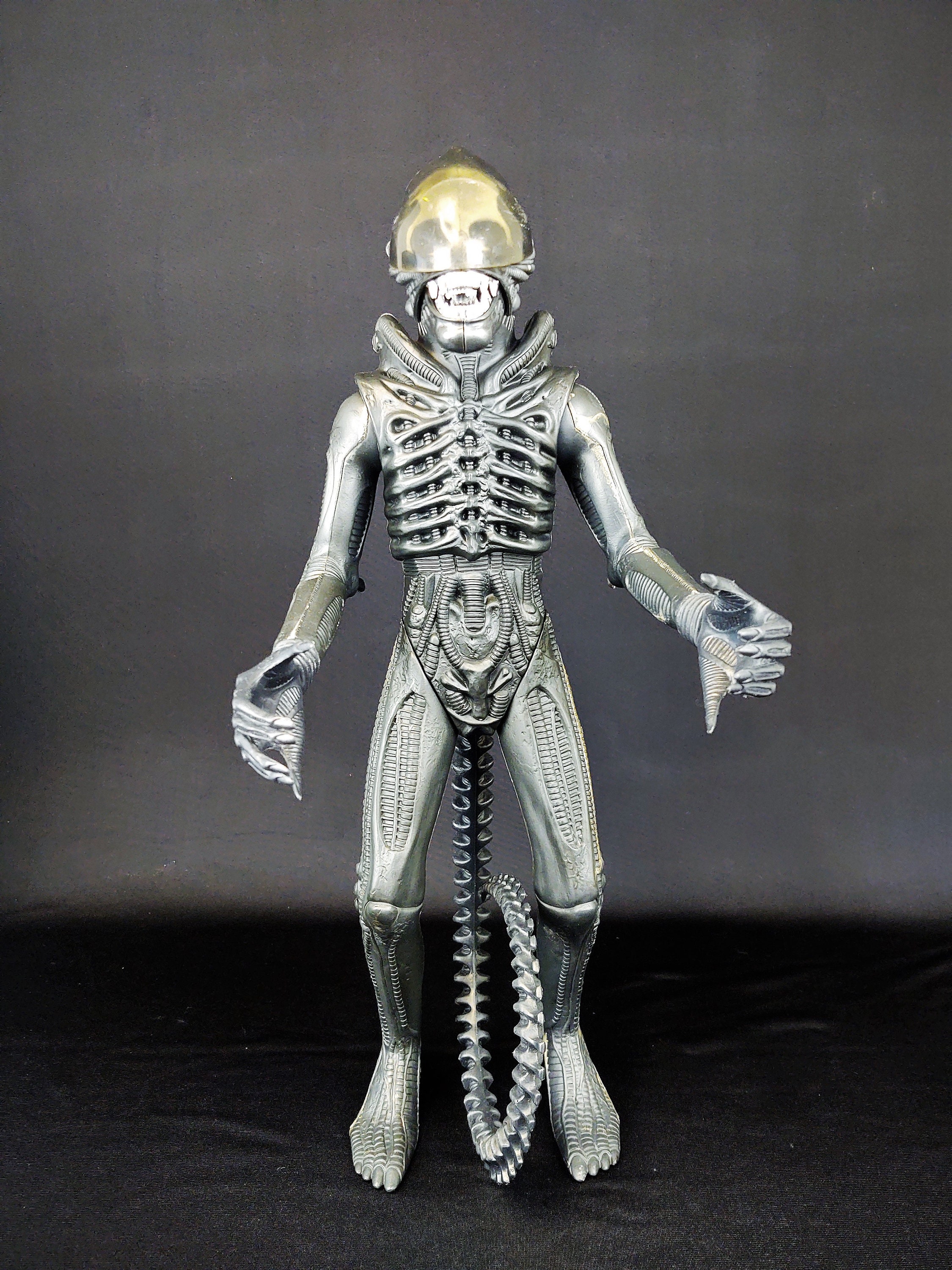 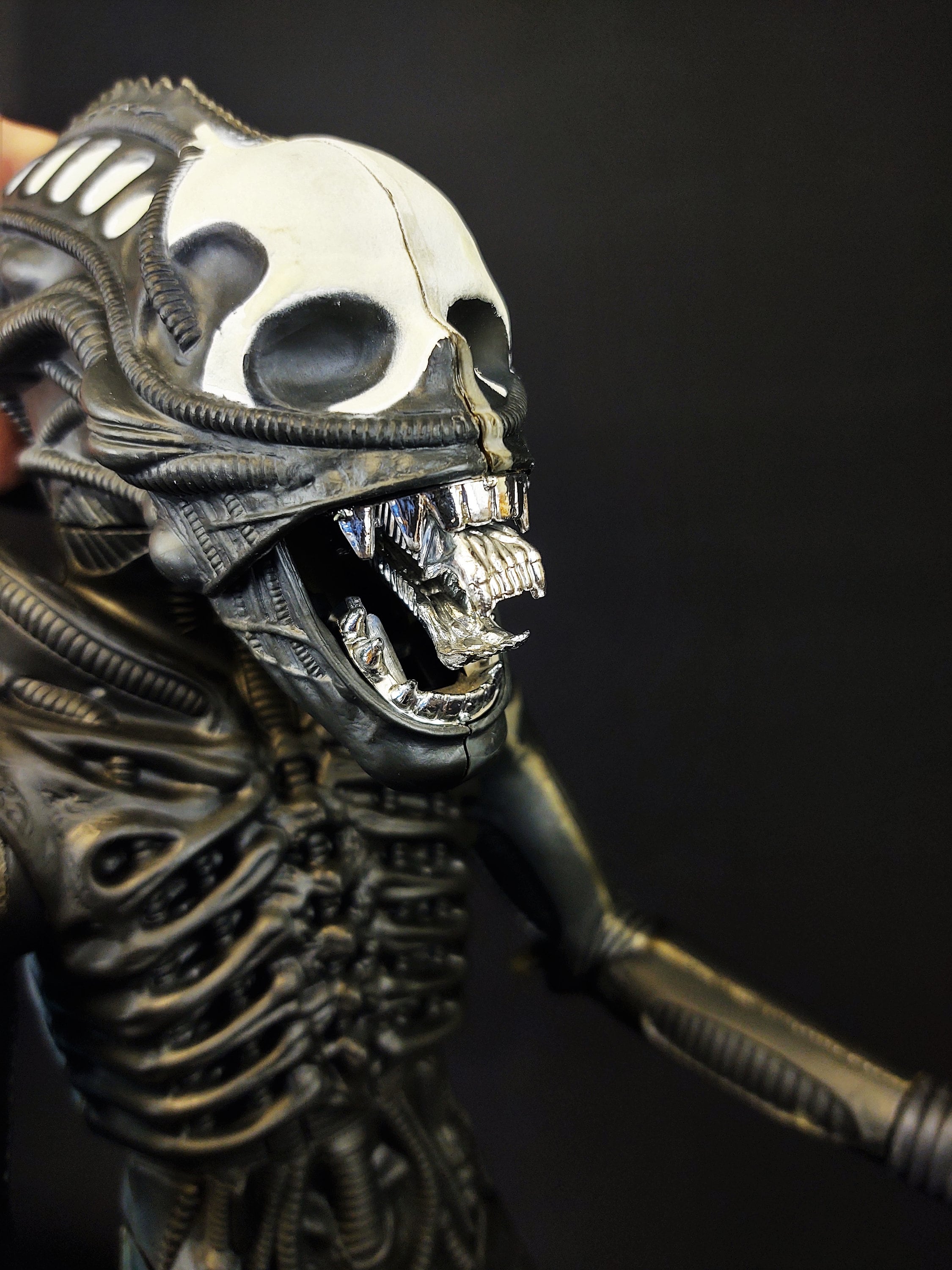 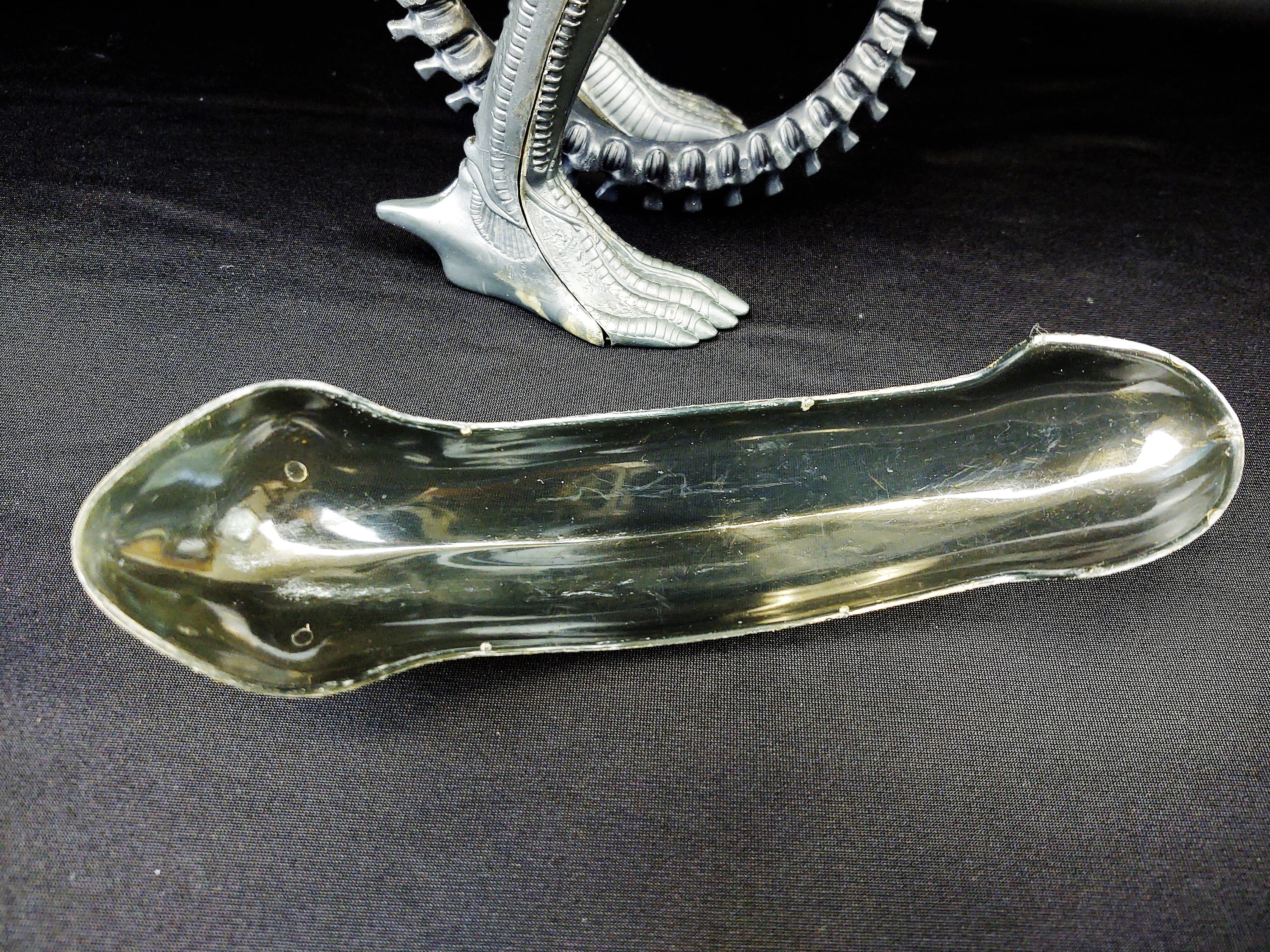 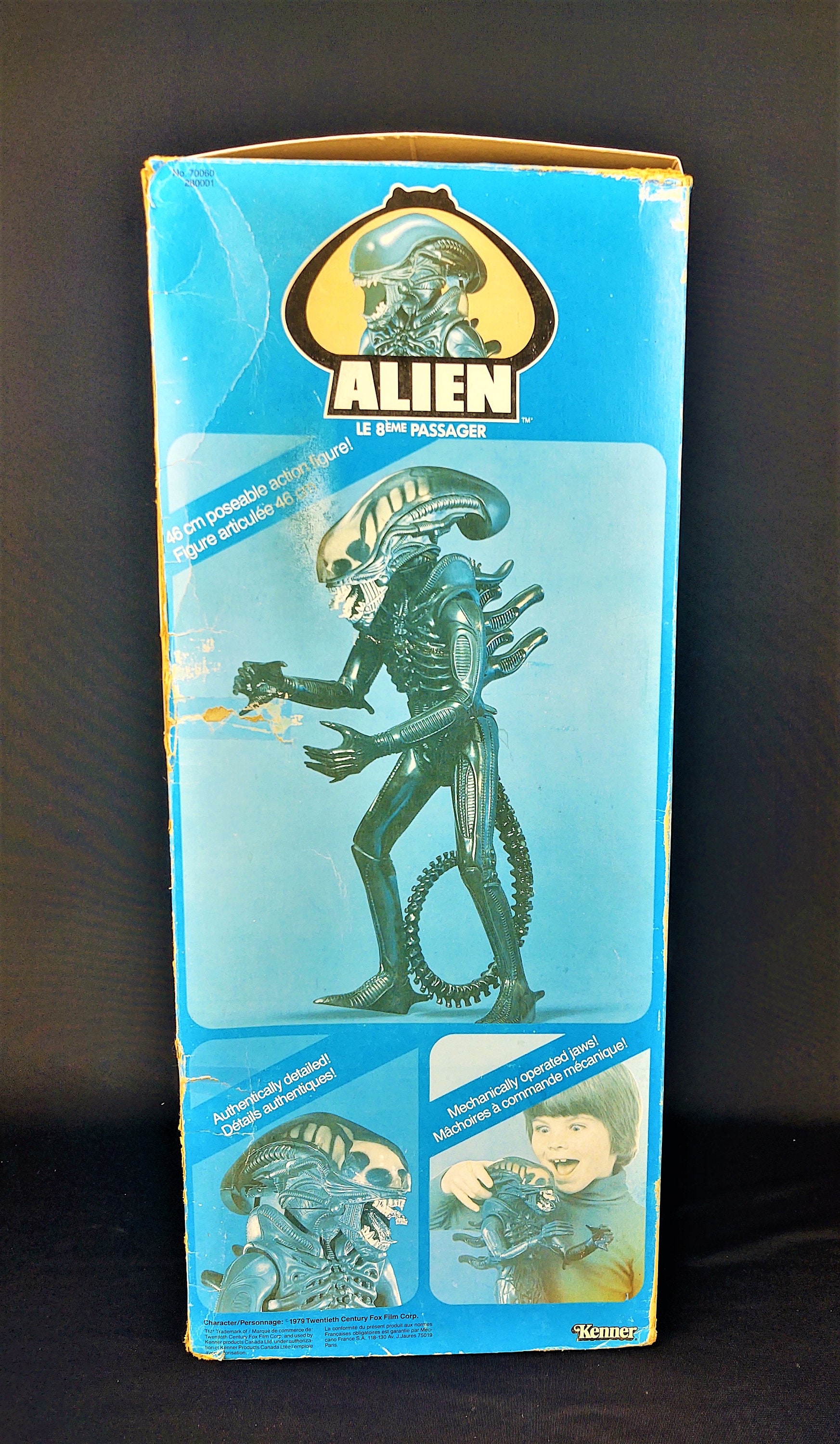 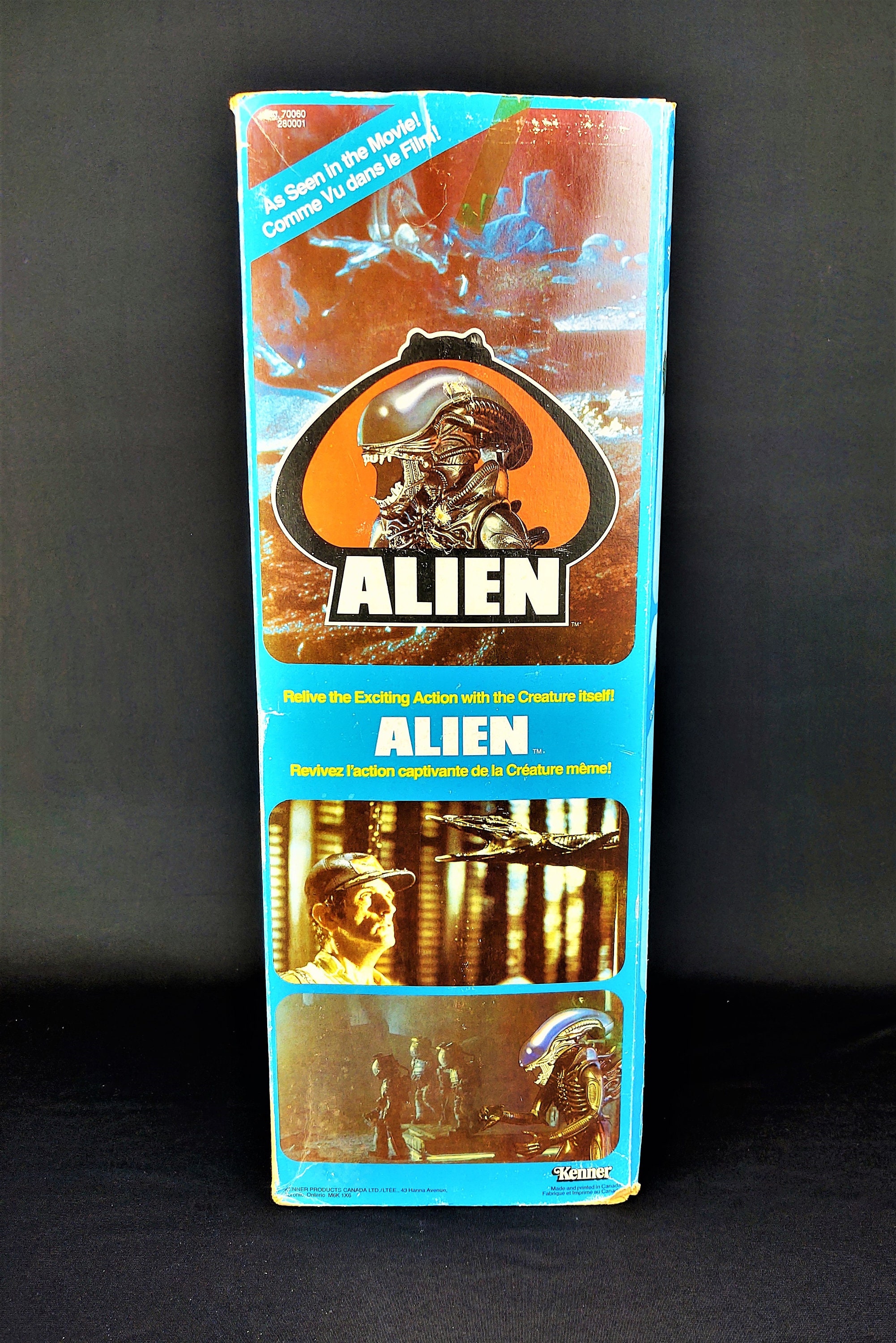 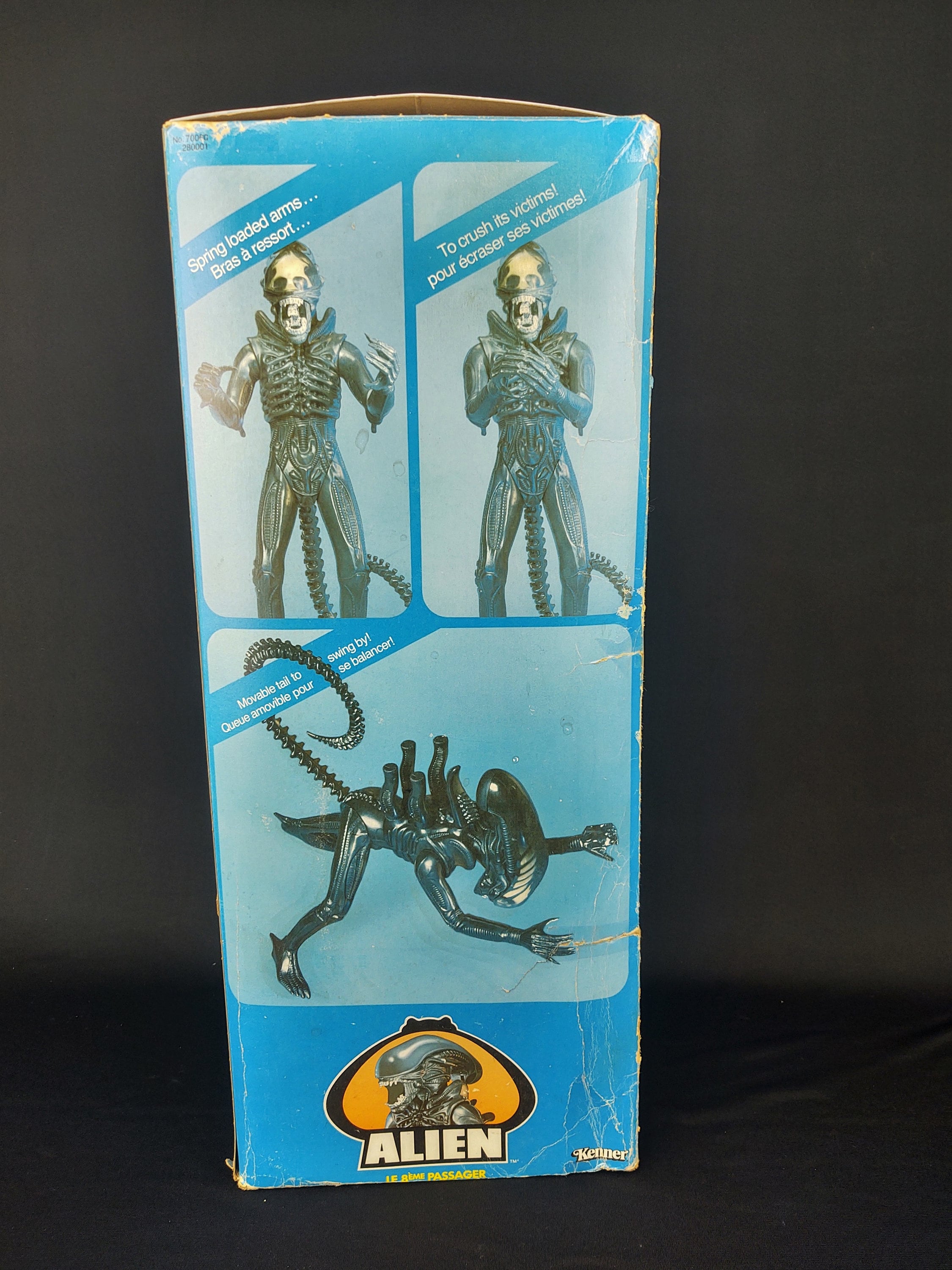 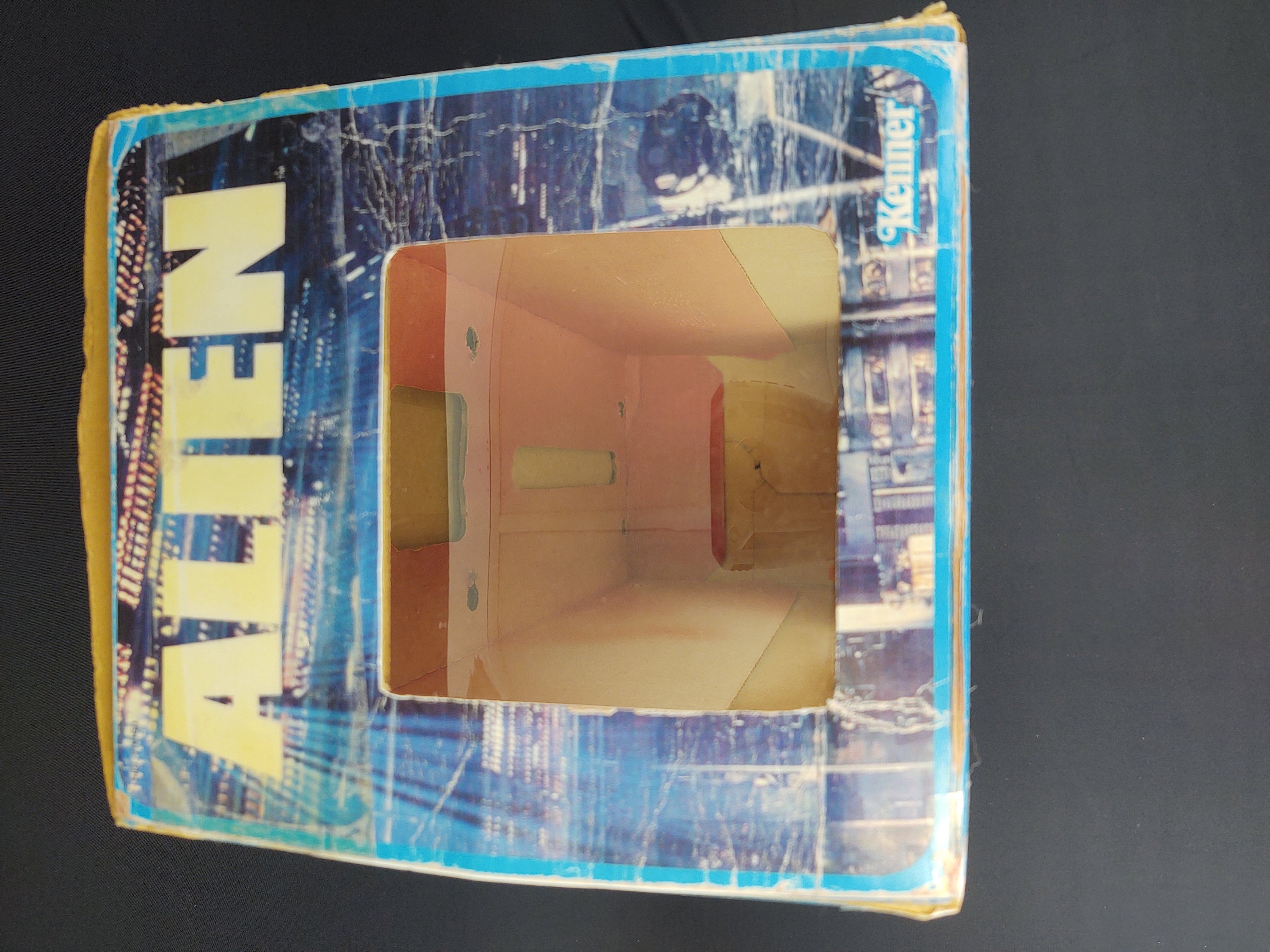 Nice tight joints (shoulders have been restrung), awesome chrome on teeth and inner jaws, complete, original inner jaws, excellent original dome and original spike, excellent shape overall. Poster is the bilingual French Canadian one, having French on one side and English on the reverse. The box is also bilingual. Condition notes on the box -- obviously it has shelf wear; we had to replace the cello window; also, it was missing the top flap, so we made an exact copy from another vintage Alien box we had on hand (the U.S. version, not the Canadian version) to recreate it -- and it looks pretty damn good. Look at the 10th pic -- because it's copied from another actual, vintage box, you can scarcely tell without looking VERY carefully. Oh, and it has the original cardboard insert, which, like the figure itself, the box, and the poster, is a little different than the U.S. release.

Note, there are a couple differences we have noted between the Canadian version and the U.S. version of the actual Xenomorph itself (aside from languages on the box and poster). First, the plastic they used has a much more matte finish than the plastic used for the U.S. Big Chaps. Second, there's what appears to be a glue stripe down most of the seams, which you can see if you open the pix; that does not seem apparent on the U.S. versions. Third, there are some molding variations -- for example, there are mold details on the hips and butt that are a little different between both versions.

If the rare 1979 Kenner Alien is at the top of every vintage toy collector's list, then the exponentially rarer French Canadian version in original bi-lingual box, bi-lingual poster, and manufacturing variations, must be the Alien Grail.