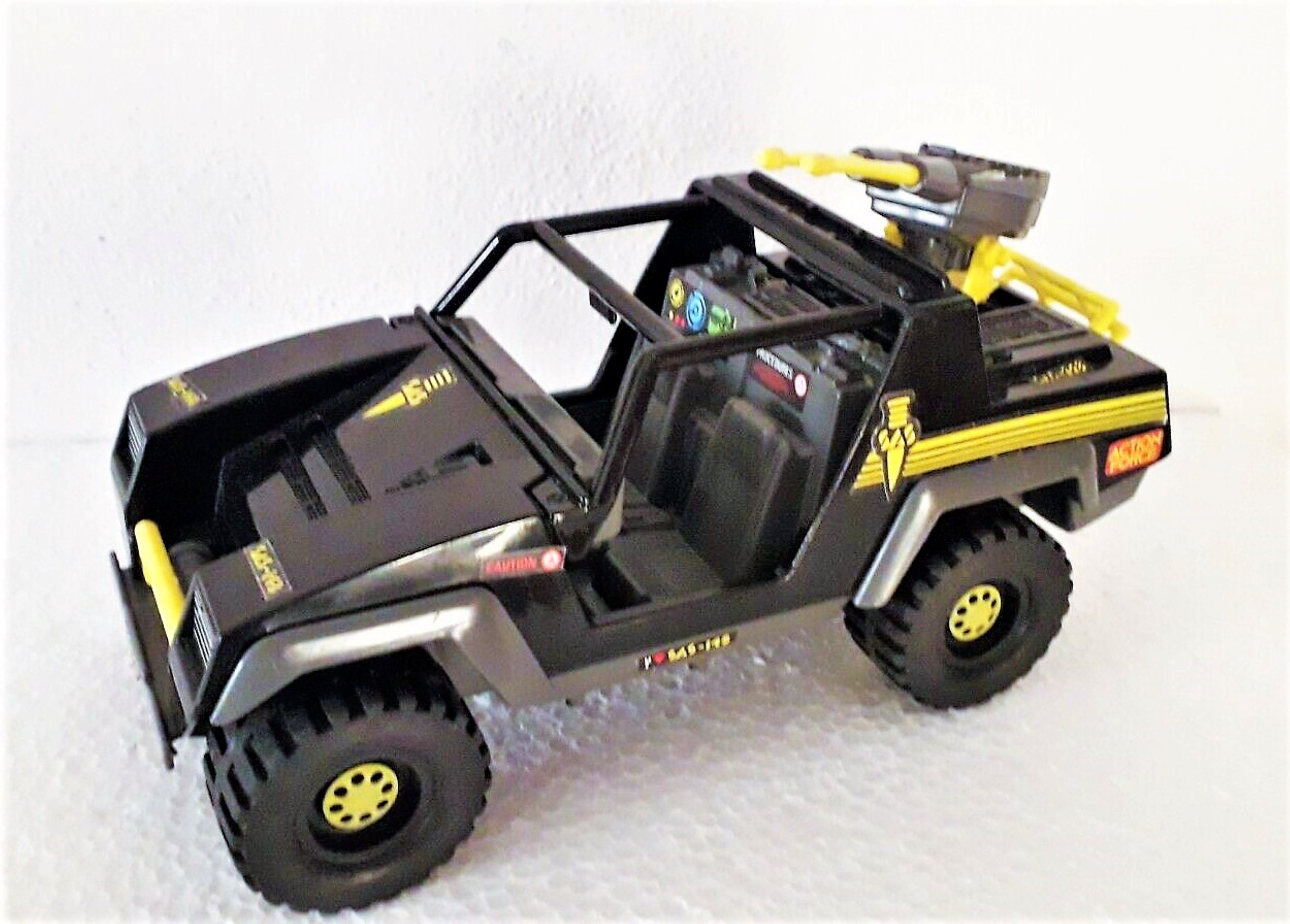 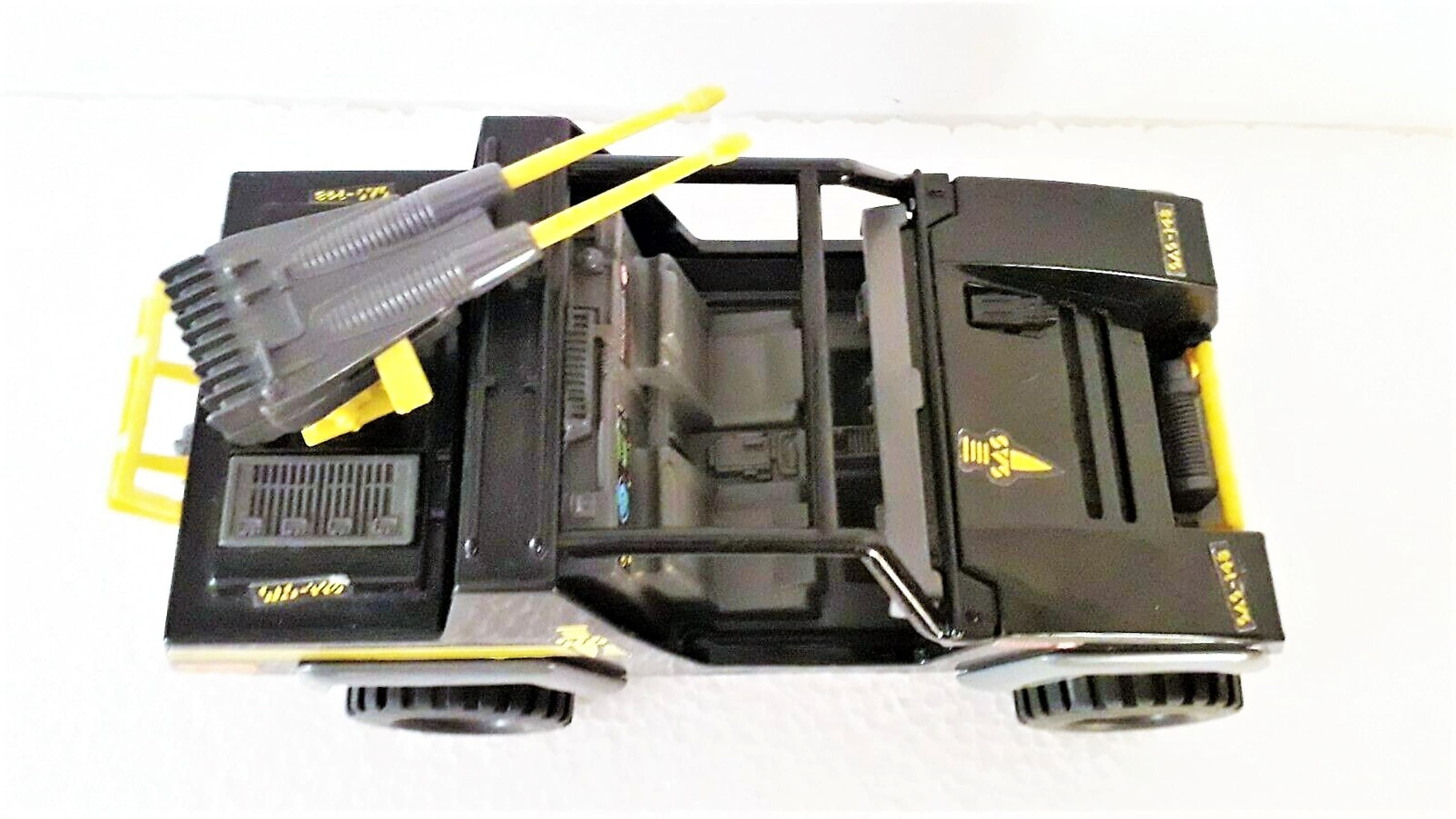 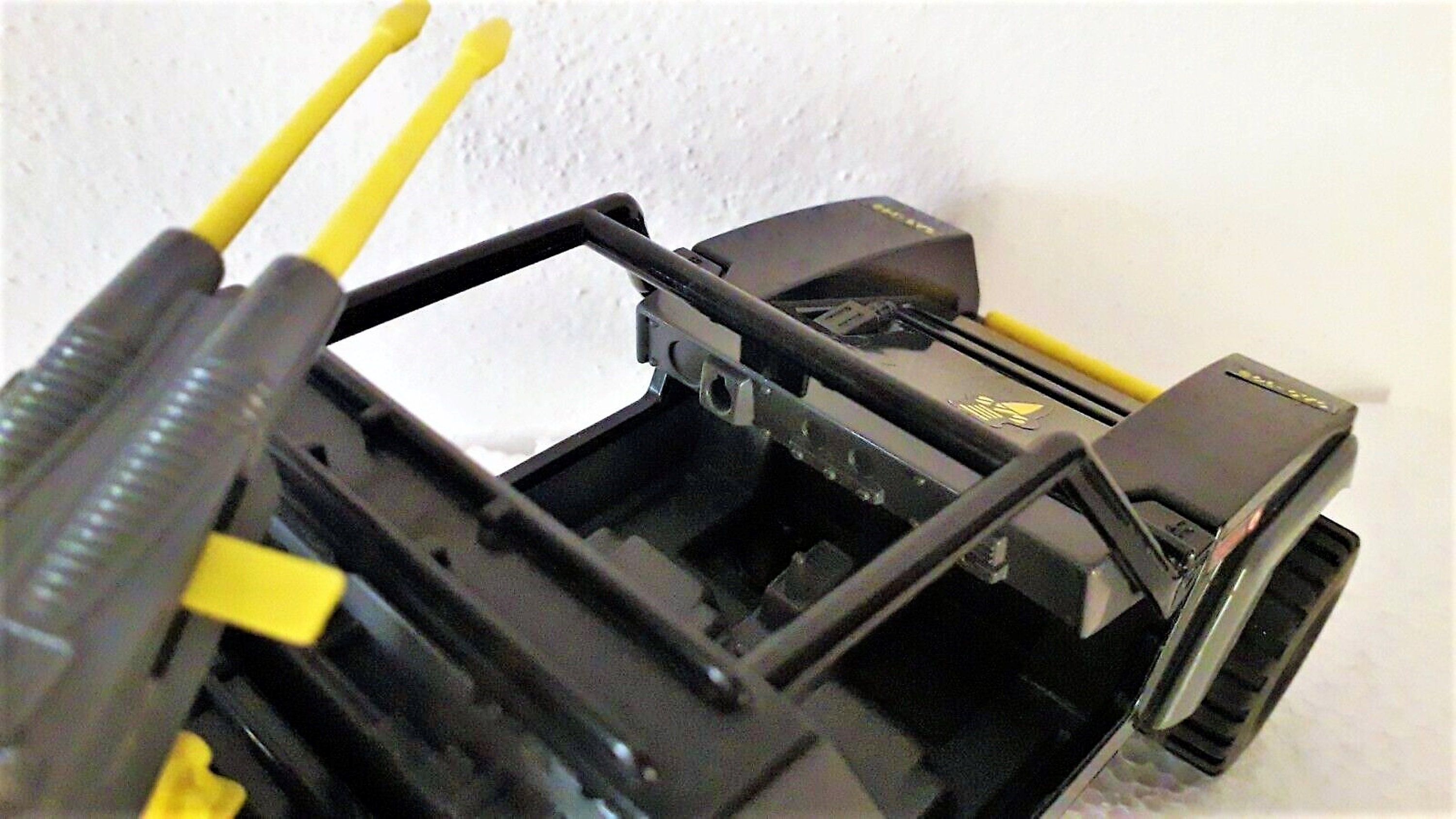 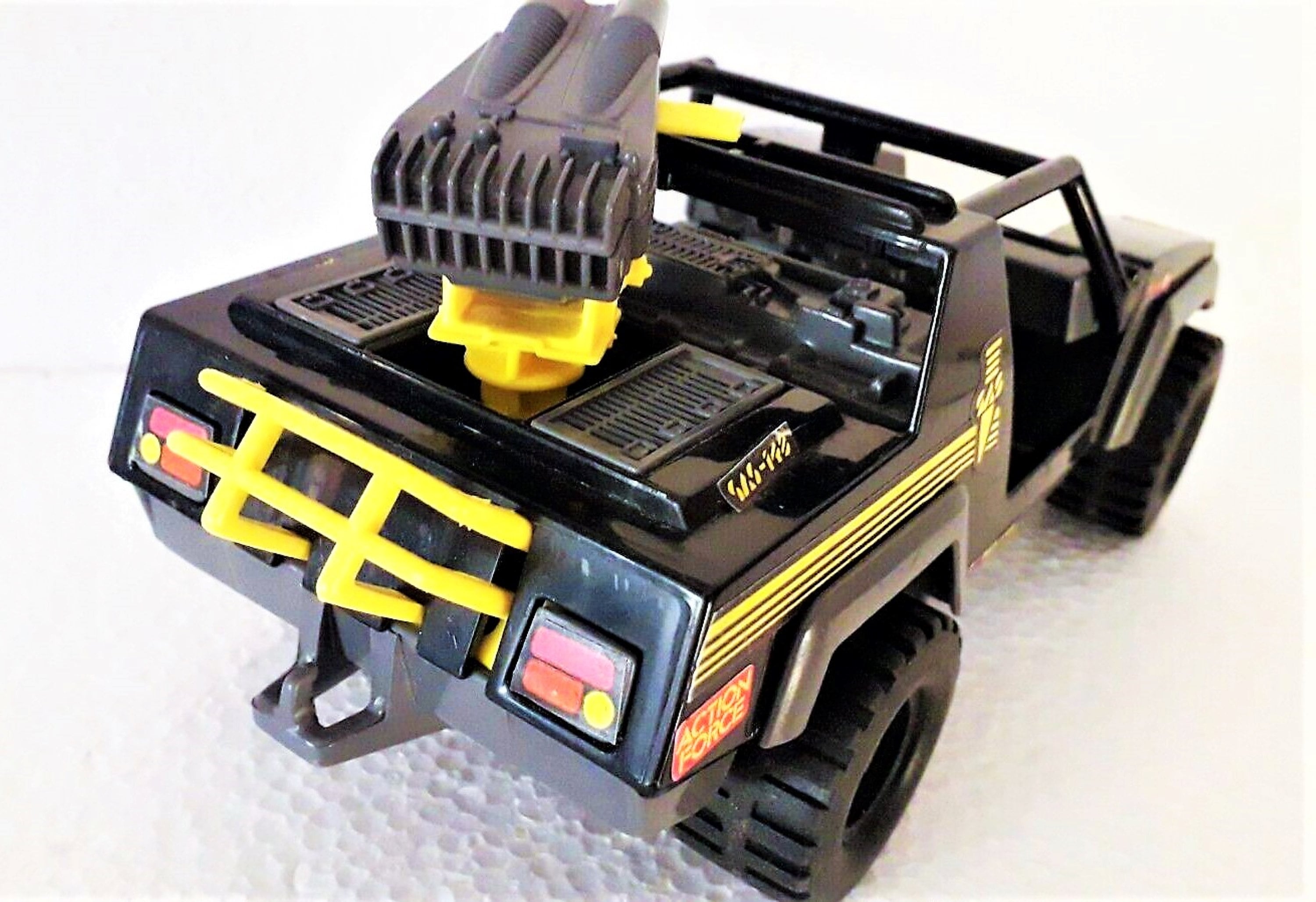 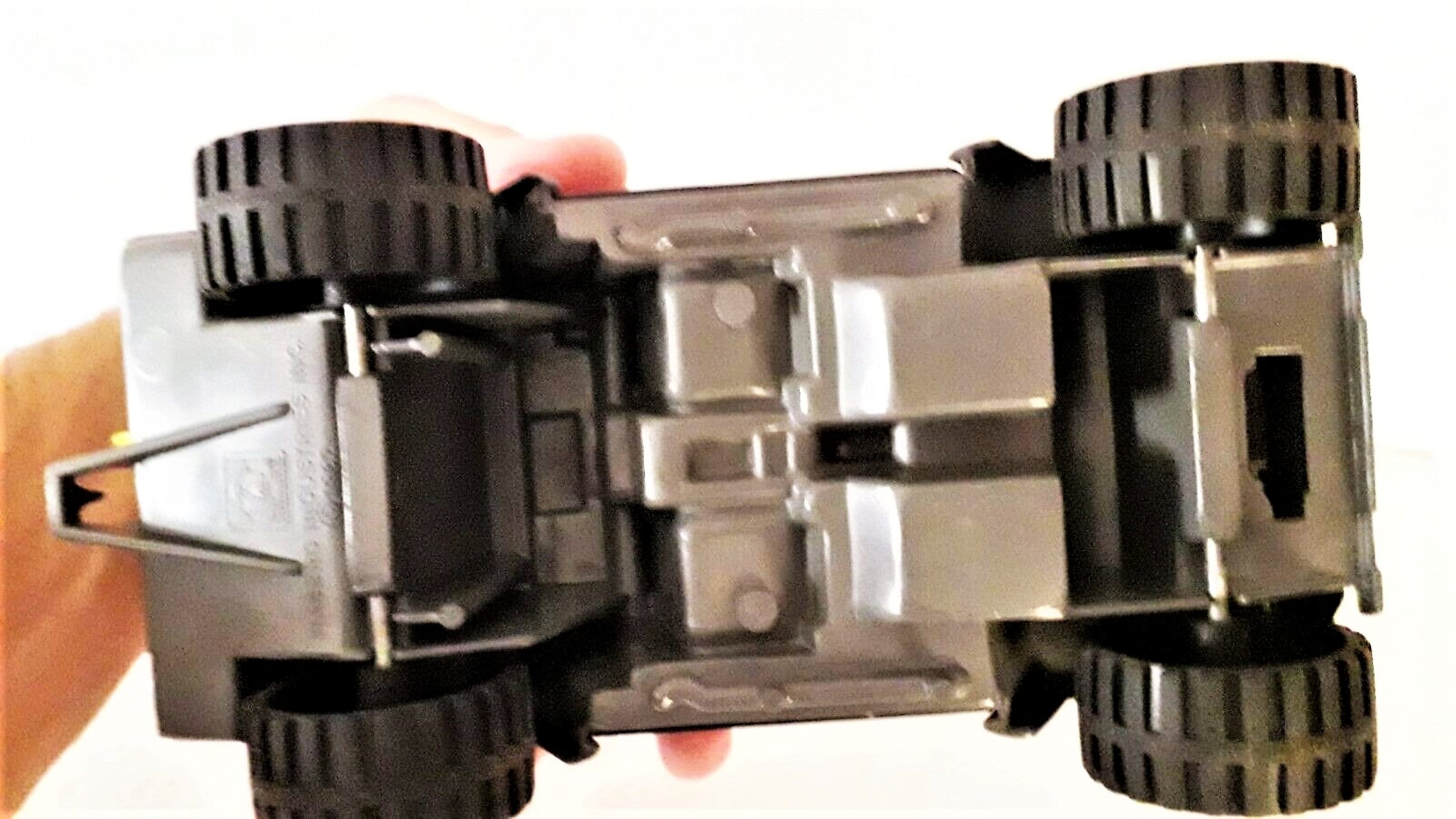 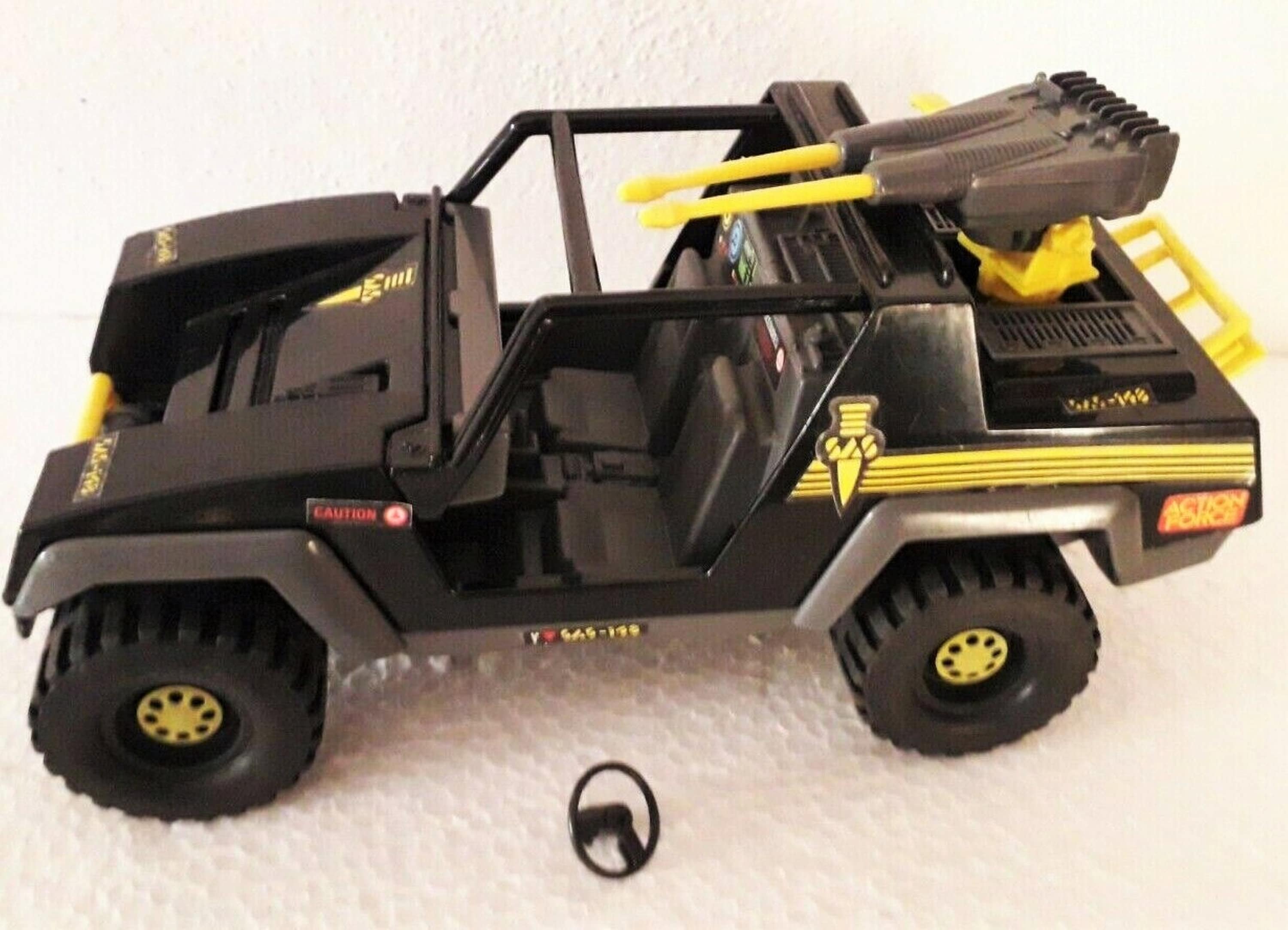 So cool, the UK/European Palitoy version of the VAMP. Over there, it's called the SAS Panther, and it's an awesome black and yellow paunt scheme. It also has real rubber tires and some other body mould differences. Excellent condition, missing only the gas cans. No breaks, steering wheel perfect.

If you dig this, then you'll certainly want the right thing to tow with it. What's that, you ask? Why, it's the 1983 Palitoy Action Force SAS Mobile Missile System M.M.S., which we have mint in original box! Palitoy used a different paint scheme for the Action Force MMS (which they called the SAS), so it is repainted from the drab green of the American release to a snazzy black S.A.S. deco -- which goes great with the Stinger/Panther! The SAS missile rig also has tooling differences, with thick rubber wheels instead of plastic, and string connecting the computer console instead of a plastic wire.

We've also got a couple '85 Sears SMS/HISS sets, the '85 Sears SMS HISS tank itself, the 86 Sears Exclusive Dreadnok Ground Assault and VTOL rigs, a minty Terror Drome complete in original box, etc. that we have listed or will be listing. Yo Joe!