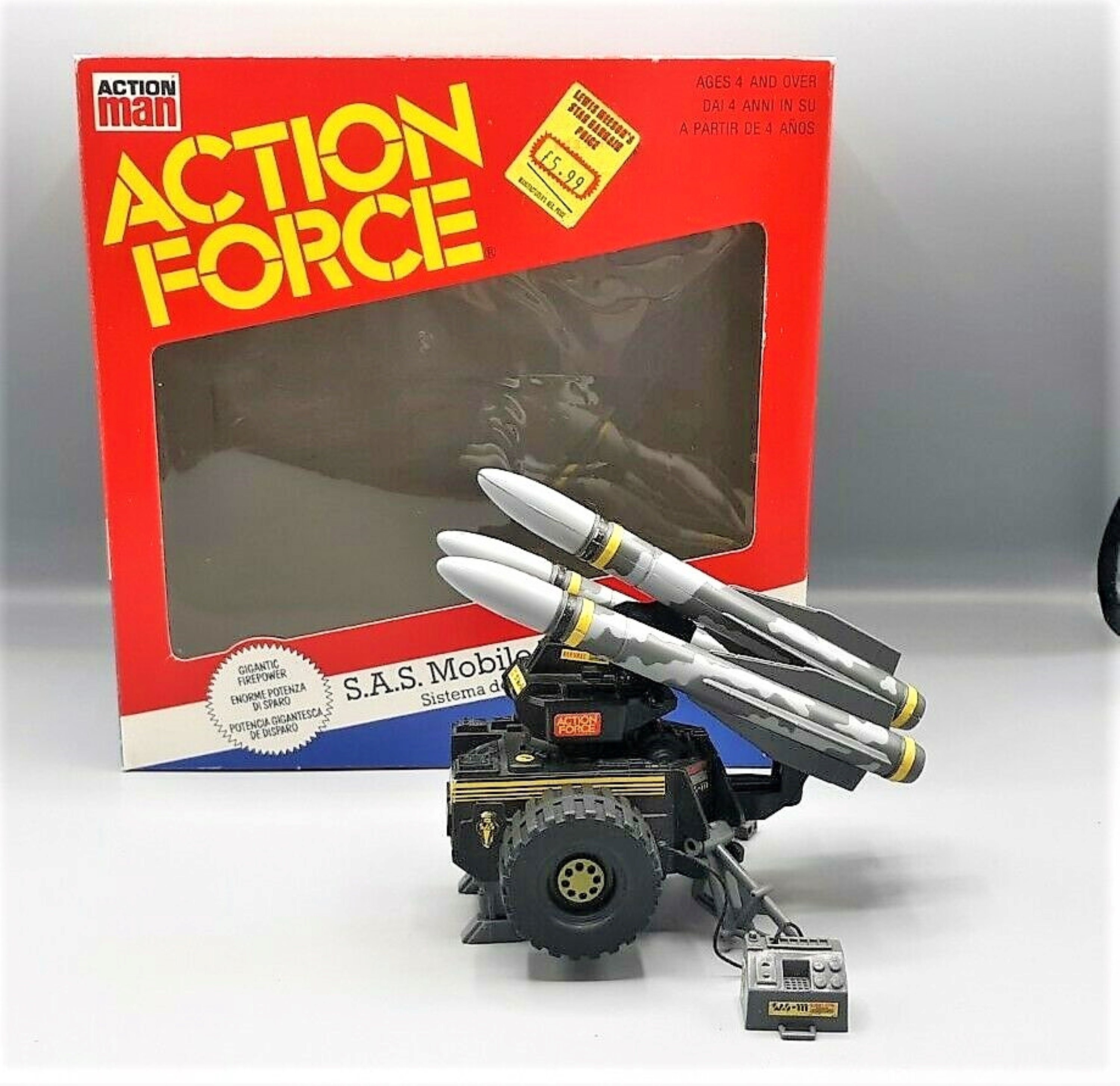 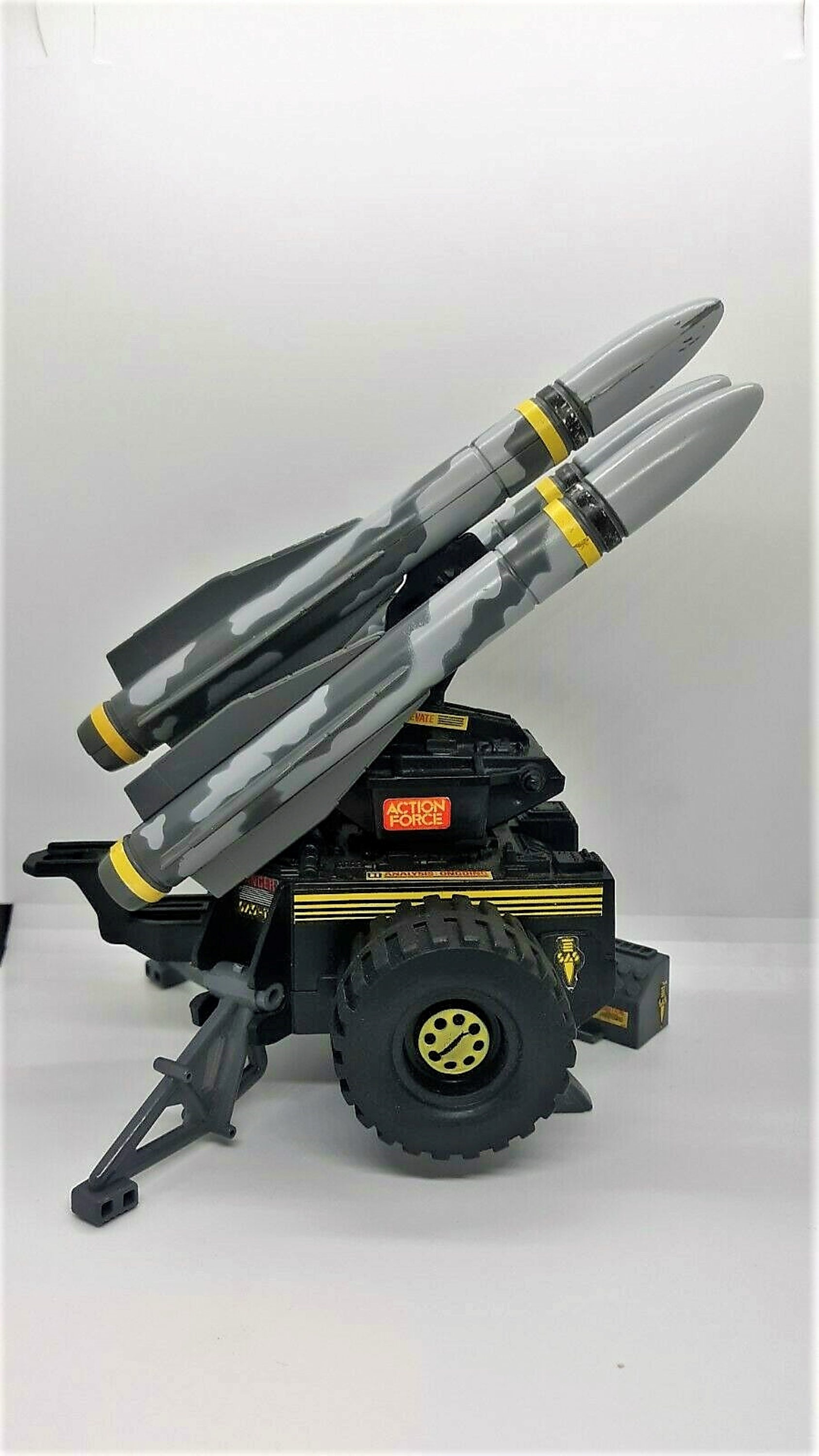 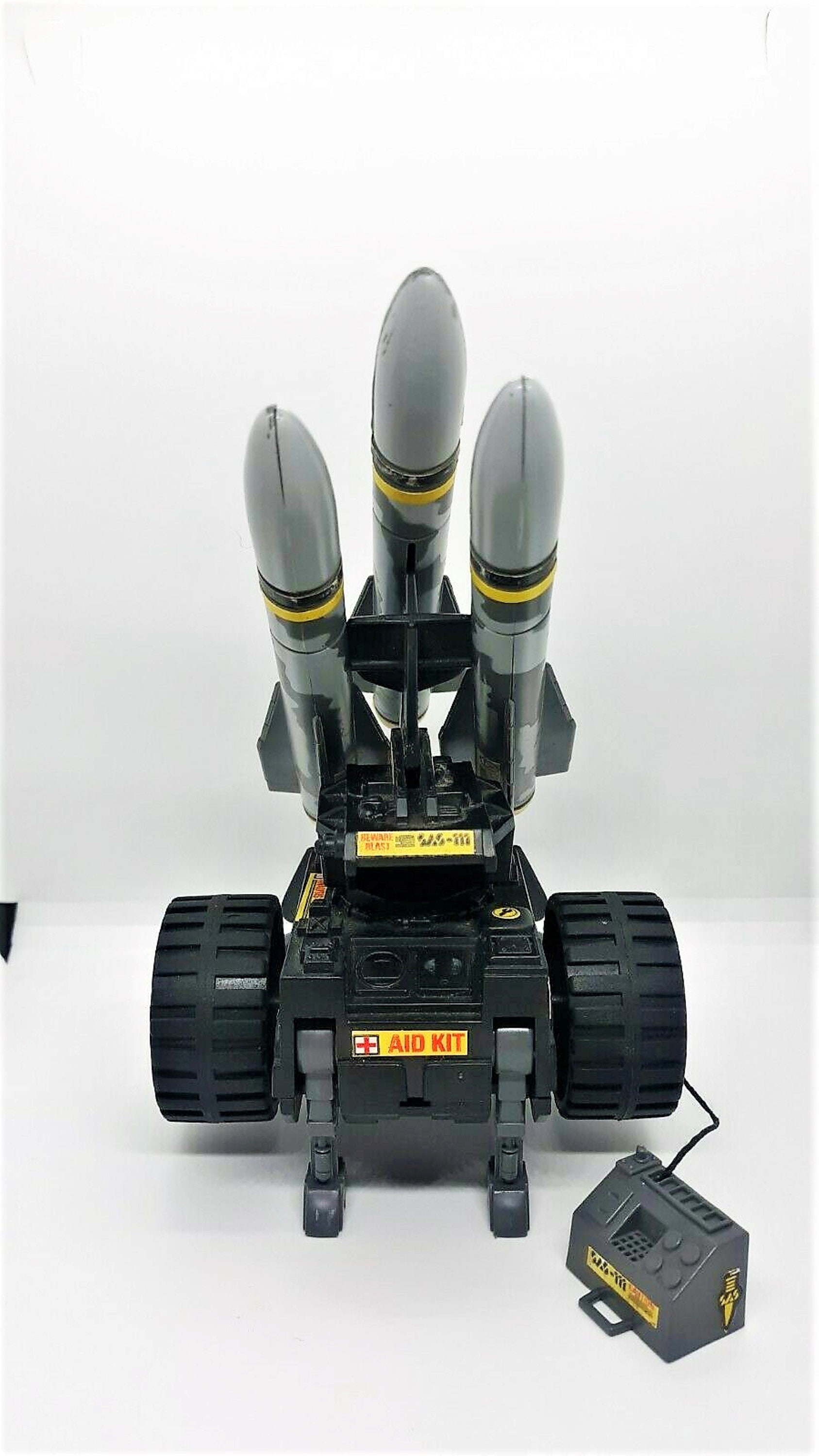 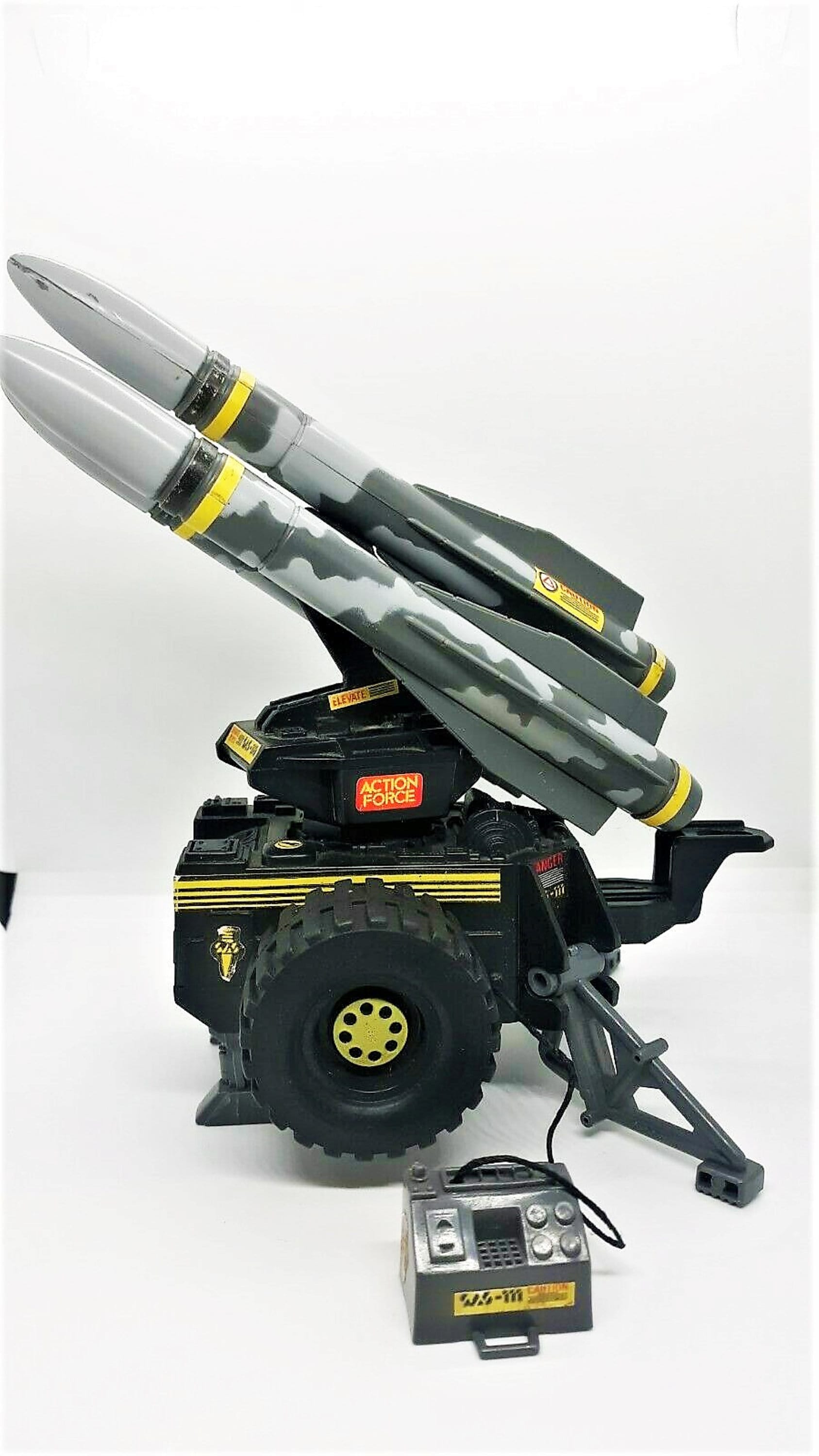 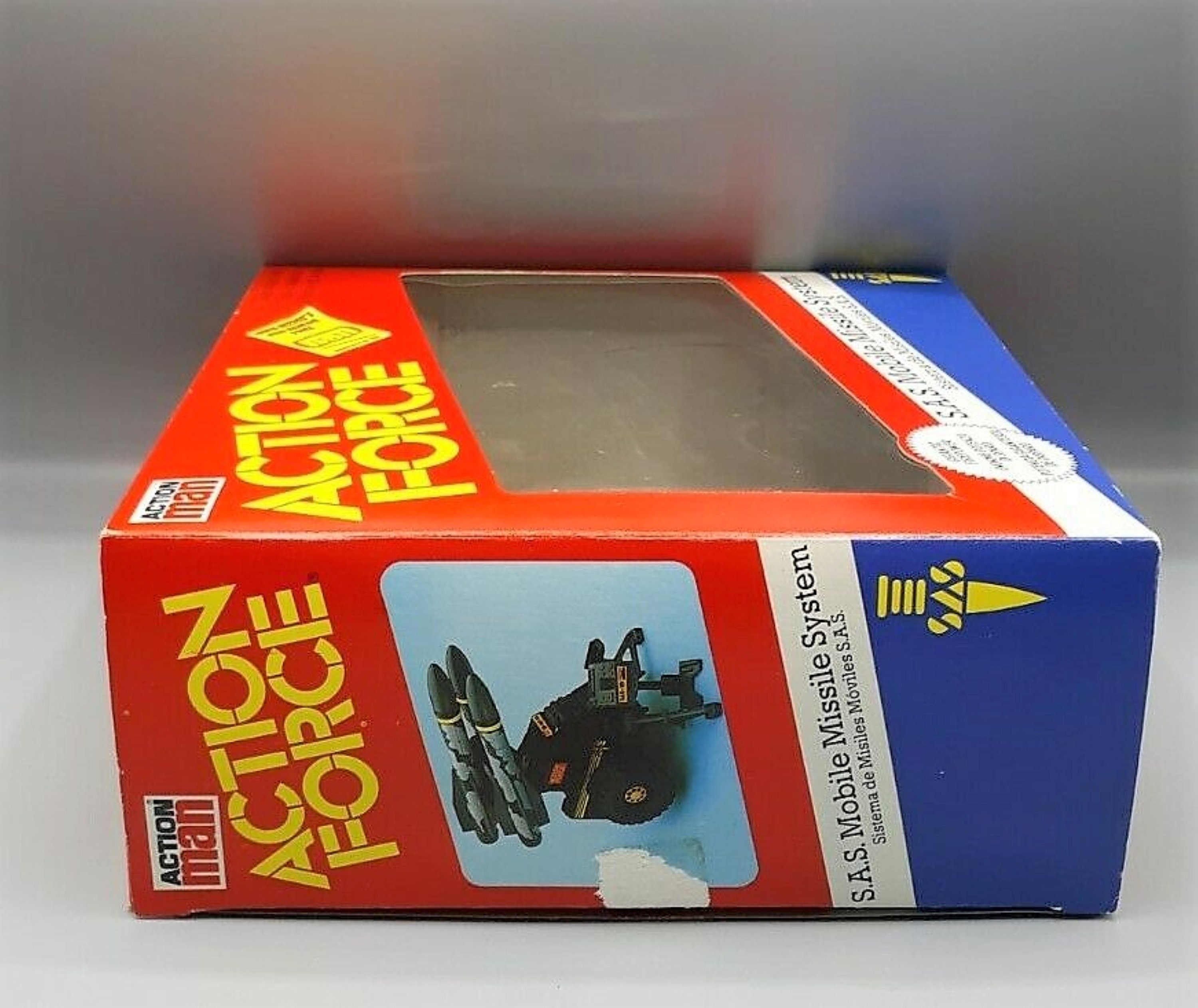 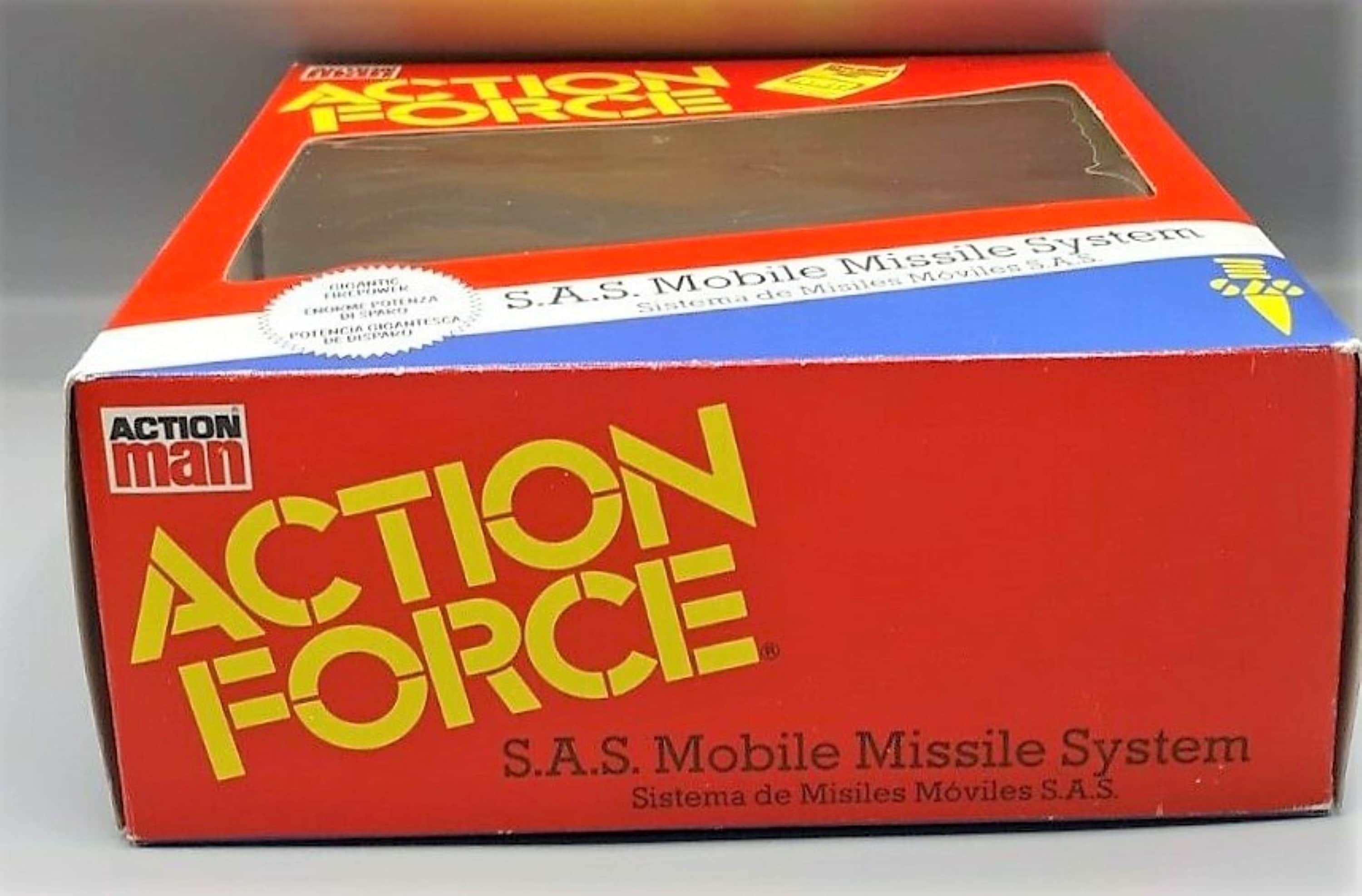 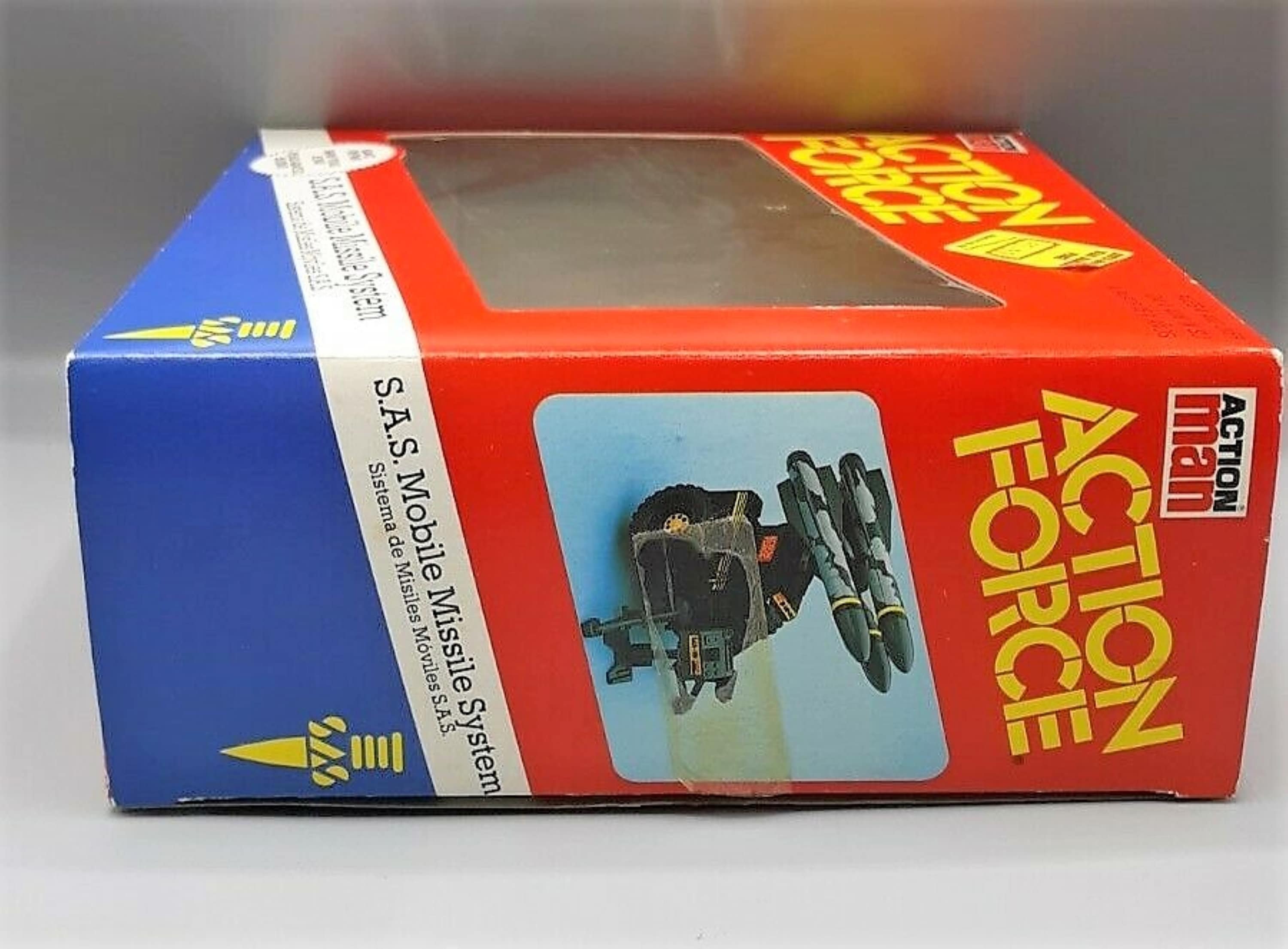 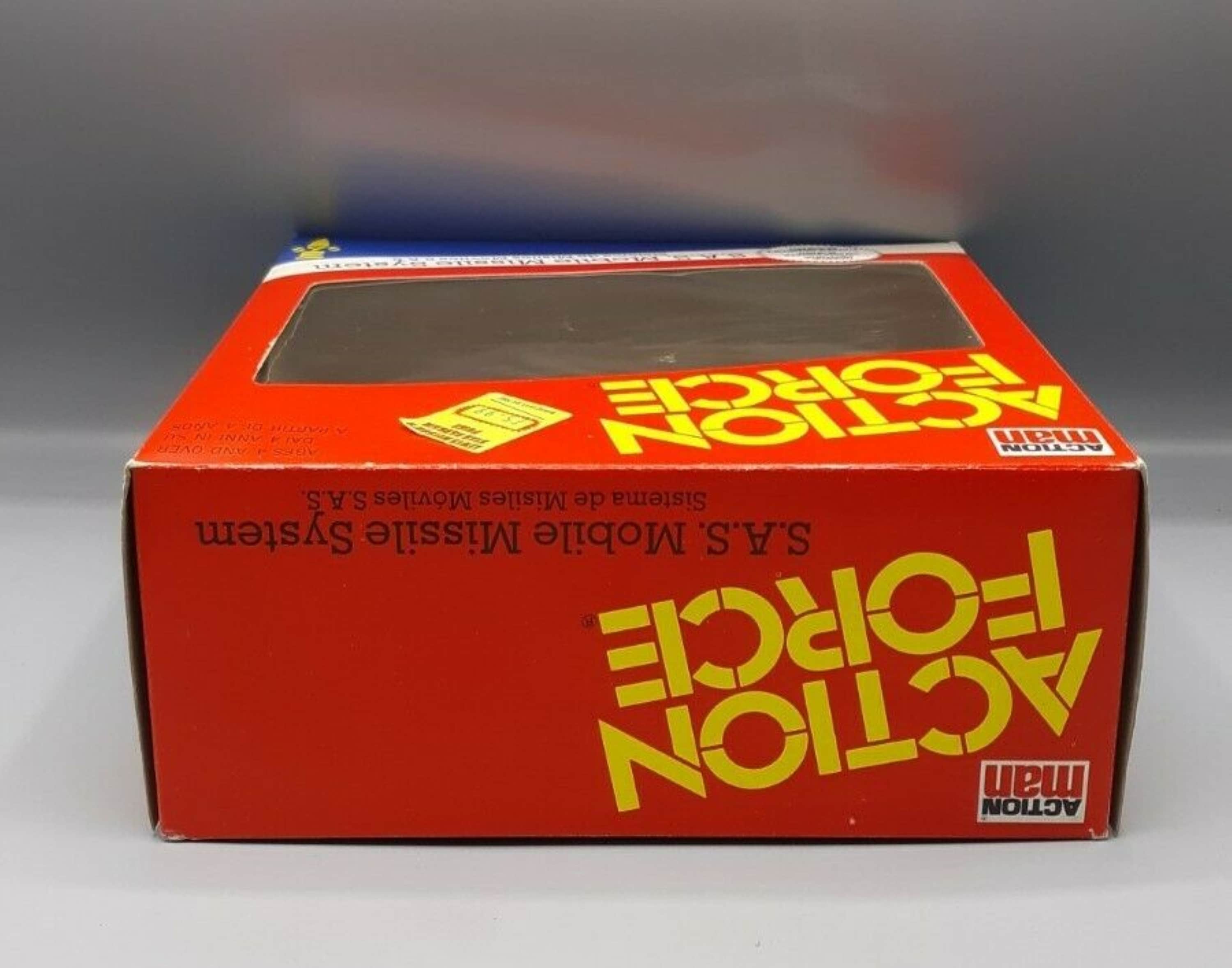 Gorgeous box, minty condition! Original vintage 1983 Palitoy Action Force SAS Mobile Missile System M.M.S. with box! Palitoy used a different paint scheme for the Action Force MMS (which they called the SAS), so it is repainted from the drab green of the American release to a snazzy black S.A.S. deco! The rig also has tooling differences, with thick rubber wheels instead of plastic, and string connecting the computer console instead of a plastic wire. The set is missing the stand for the computer, but that's it. The box is in nice condition, showing minimal shelf wear, with bright and crisp graphics and good cello! Over all a great addition to any G.I. Joe or Action Force collection!

But wait, you'll need something to tow your Action Force SAS missile set with, and we've got just the thing -- the Palitoy version of the VAMP (aka, the Panther), in smokeshow hot black and yellow to tow this! We've also got a couple '85 Sears SMS/HISS sets, the '85 Sears SMS HISS tank itself, the 86 Sears Exclusive Dreadnok Ground Assault and VTOL rigs, a minty Terror Drome complete in original box, etc. that we have listed or will be listing. Yo Joe!