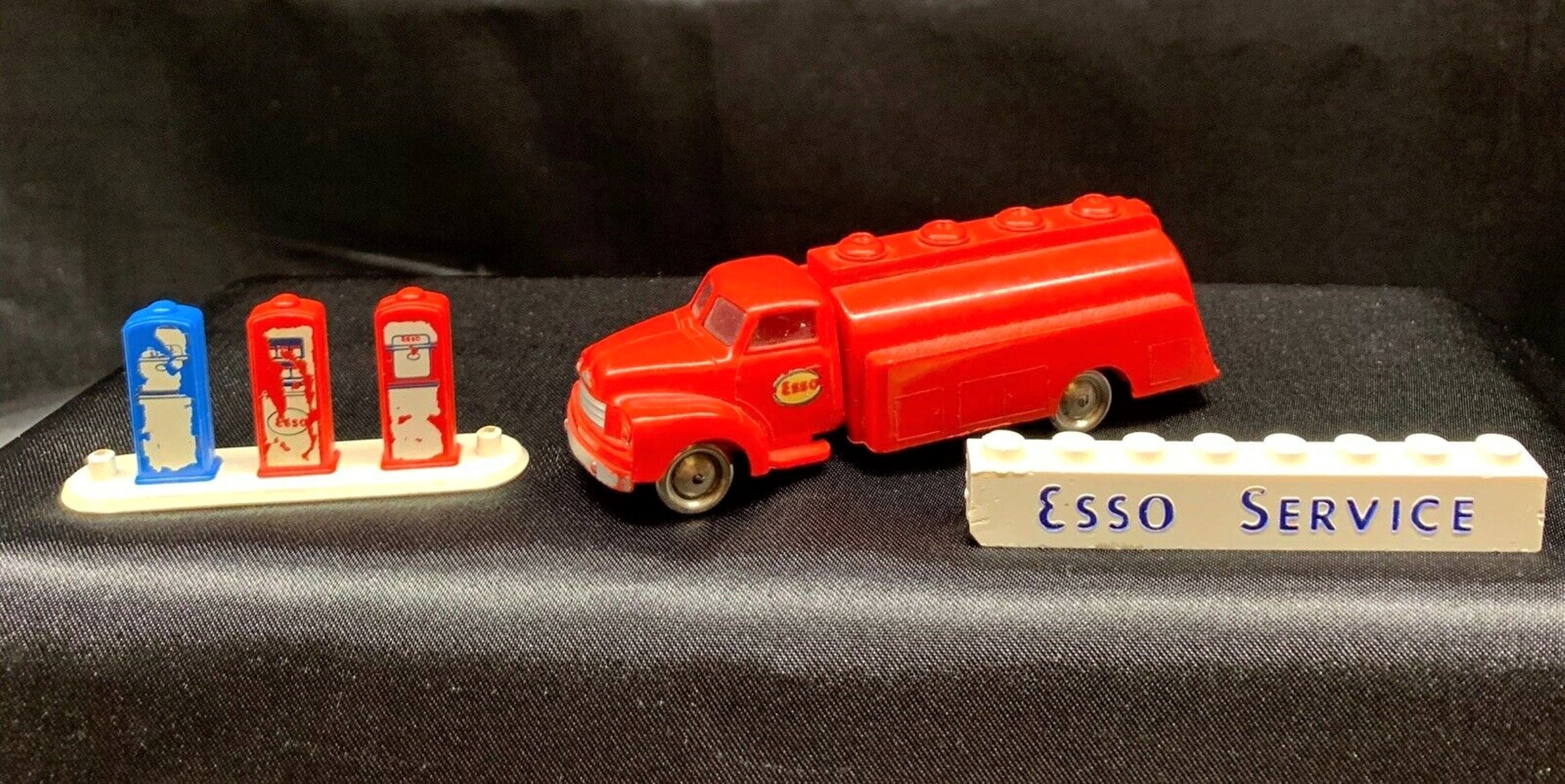 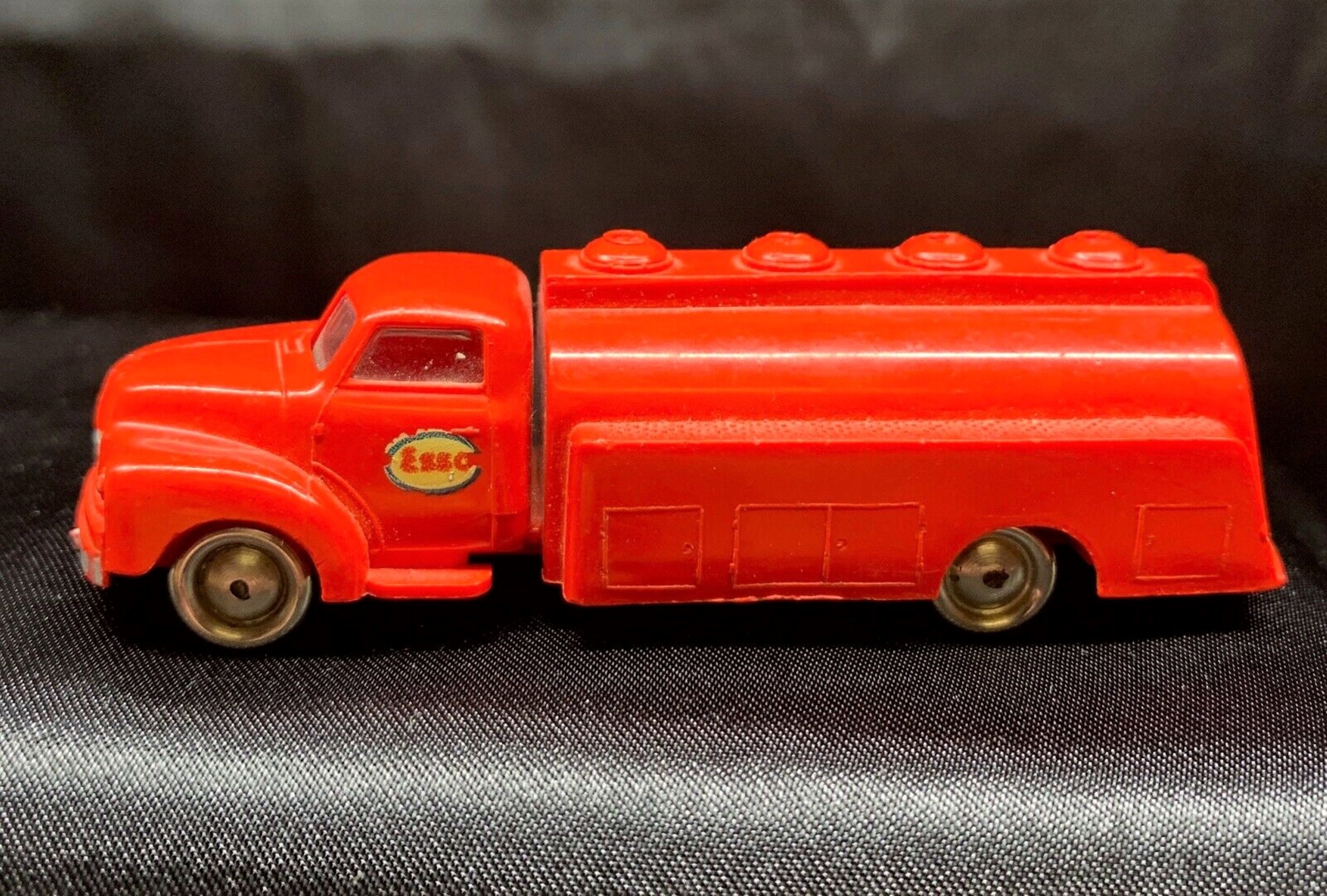 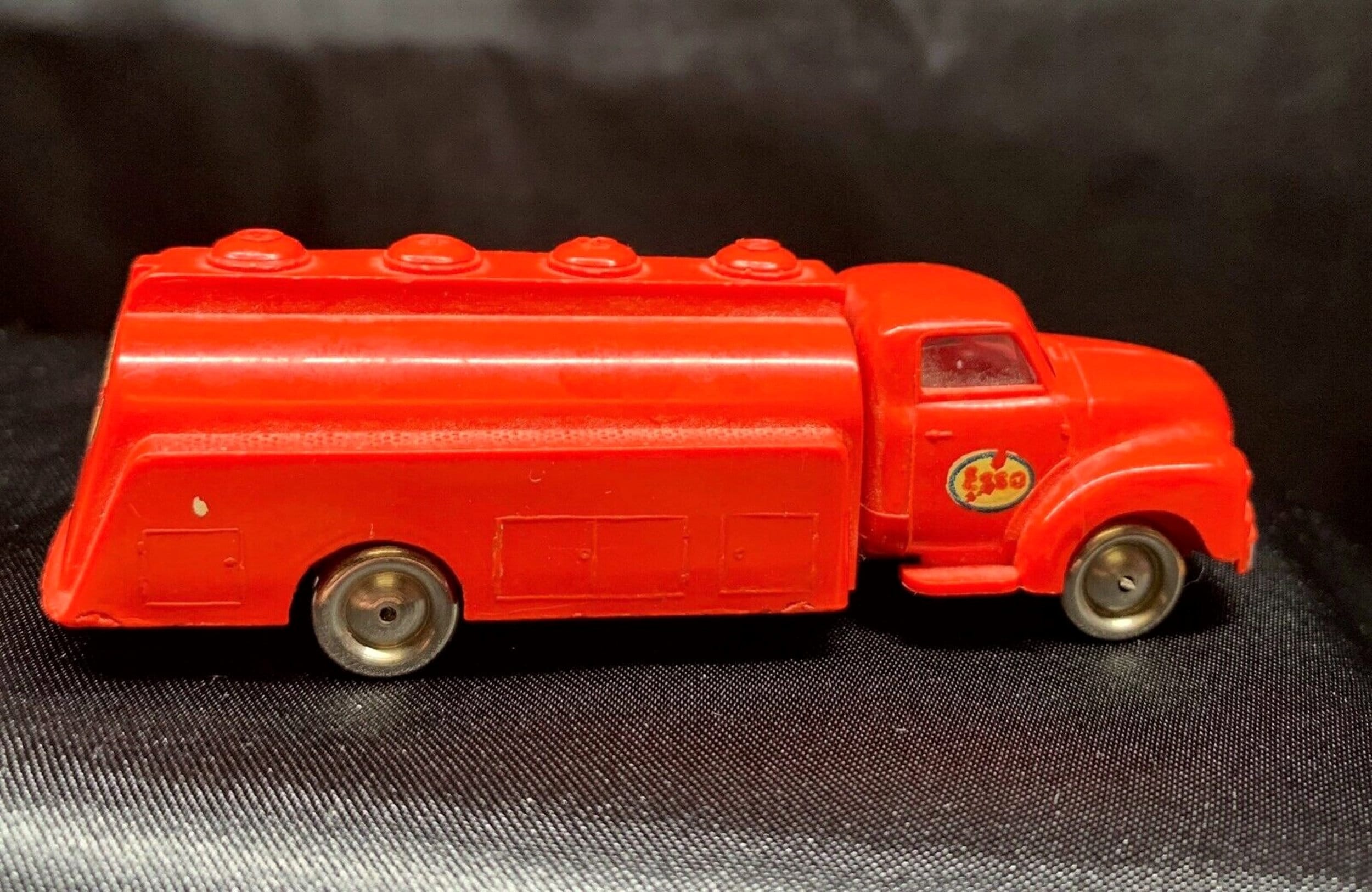 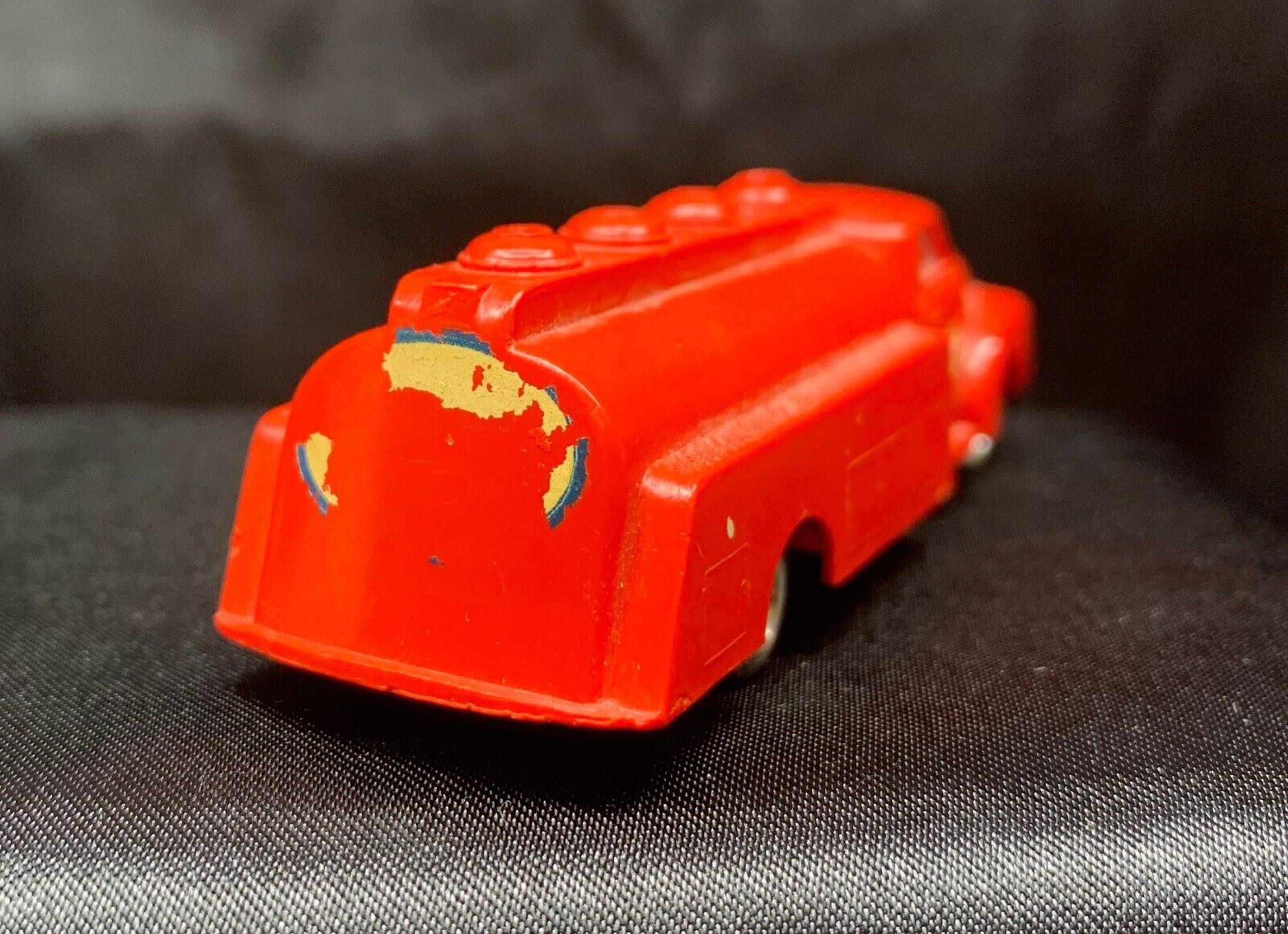 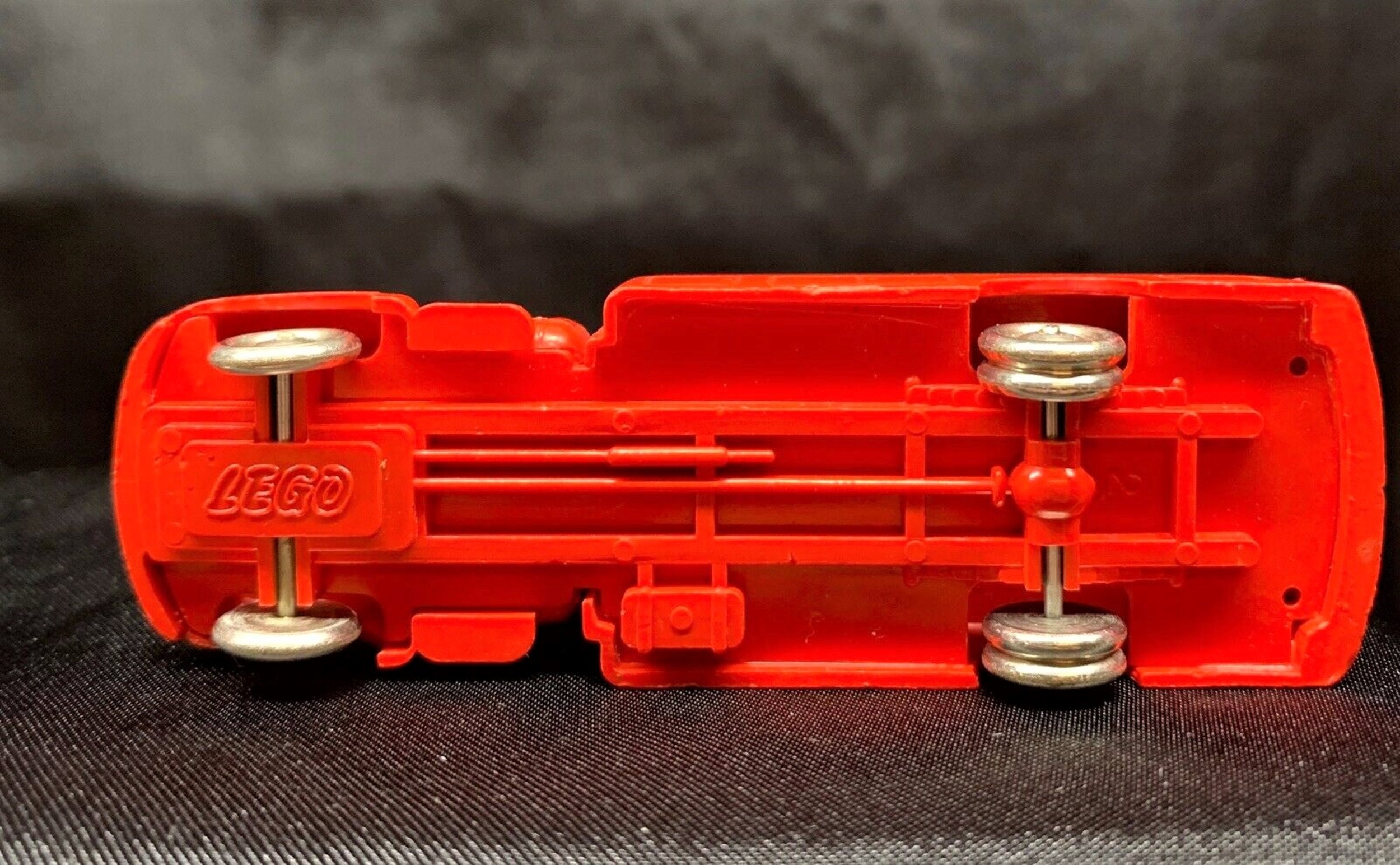 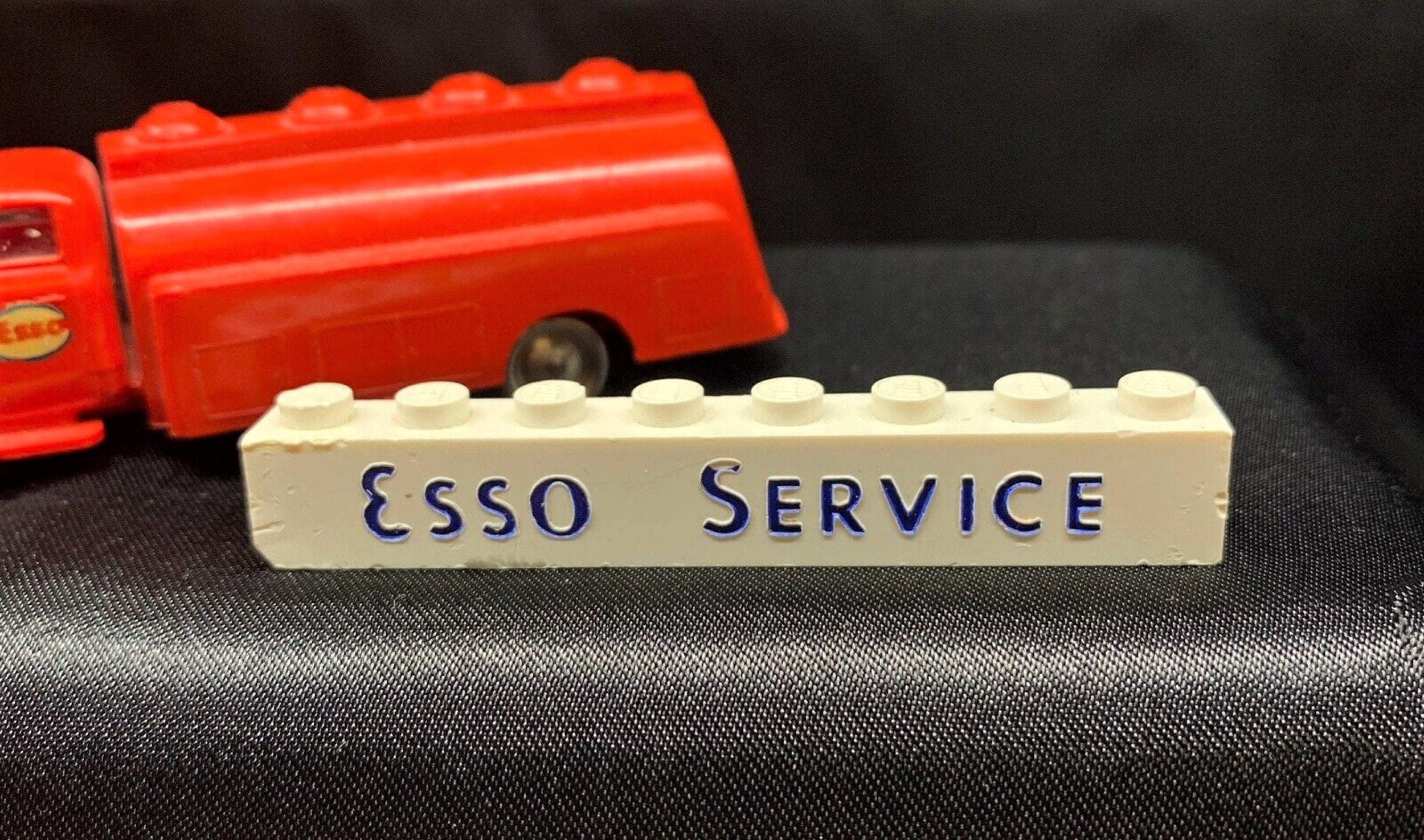 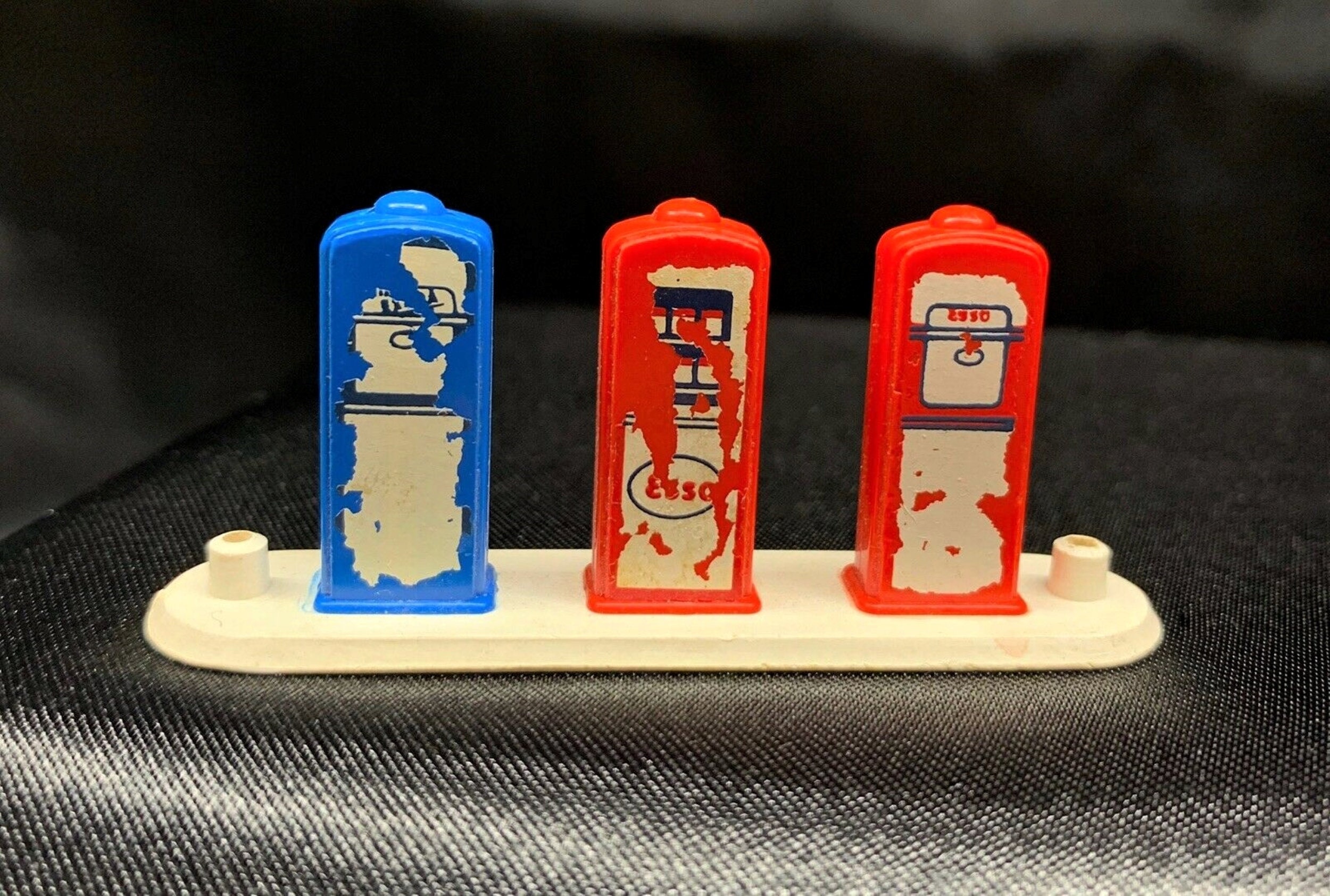 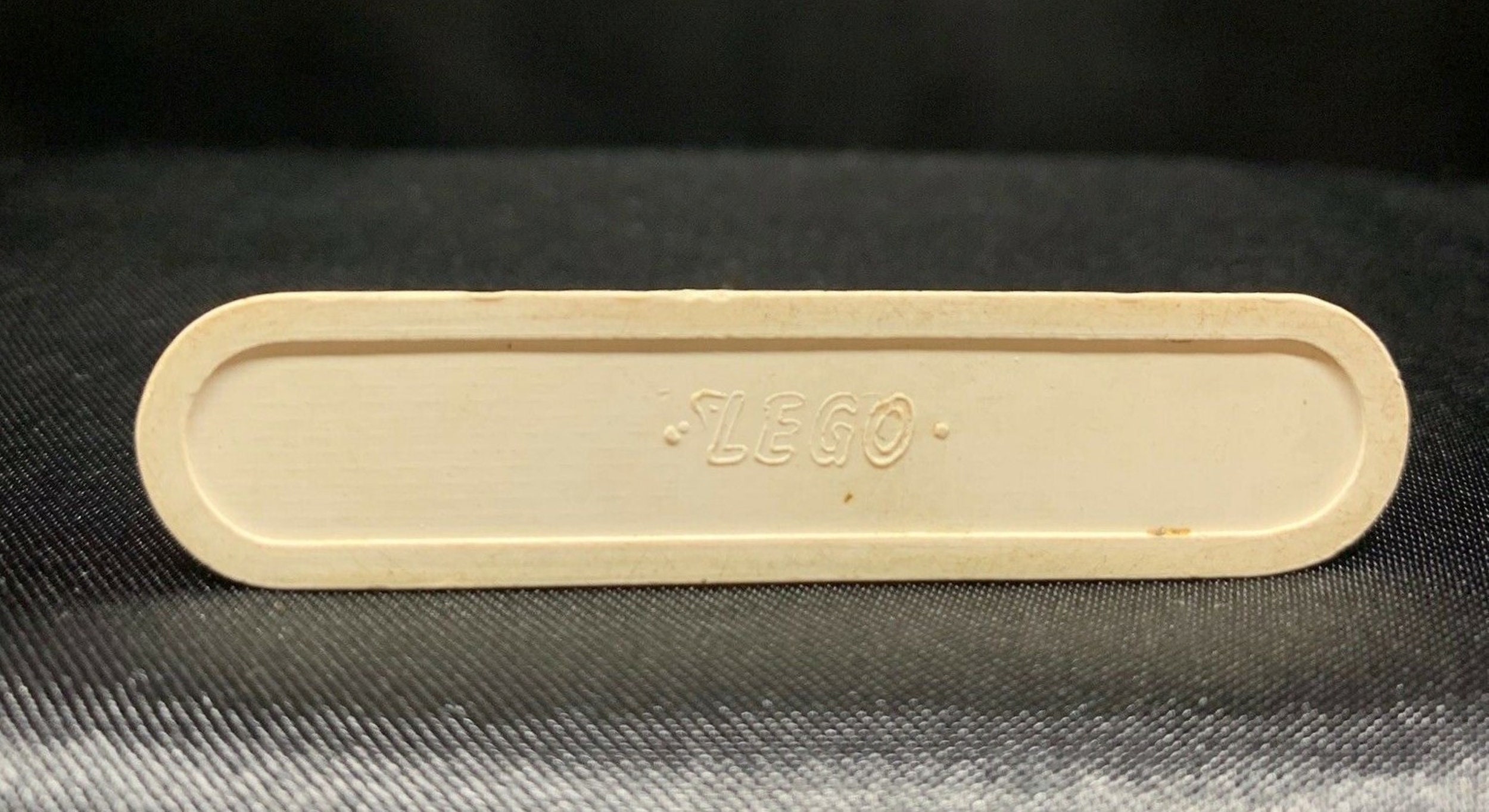 LEGO Denmark Vintage 1956/1957 Bedford ESSO Fuel Tank Truck, Gas Pumps and Sign From Esso Filling Station, LEGO Set Nos. 1310/310-5. Rare, early combination of LEGOs old and new. Before LEGO did what it's widely known for, namely building sets and the block system, they made various other wood, plastic and die-cast toys and vehicles. We have two of the pre-block-system die-cast vehicles (a 1950s Mercedes convertible and a fire truck) up in the shop under separate listings.