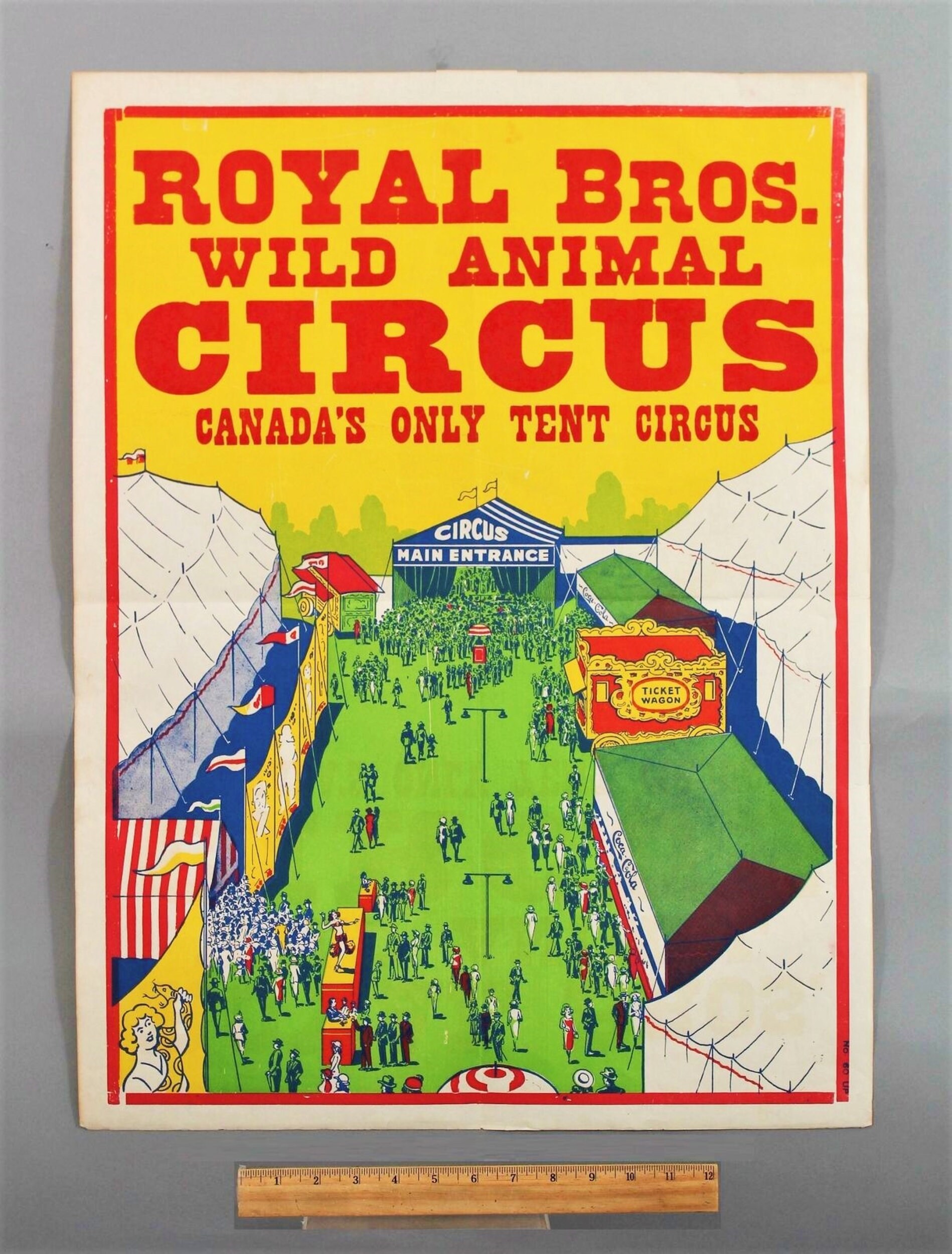 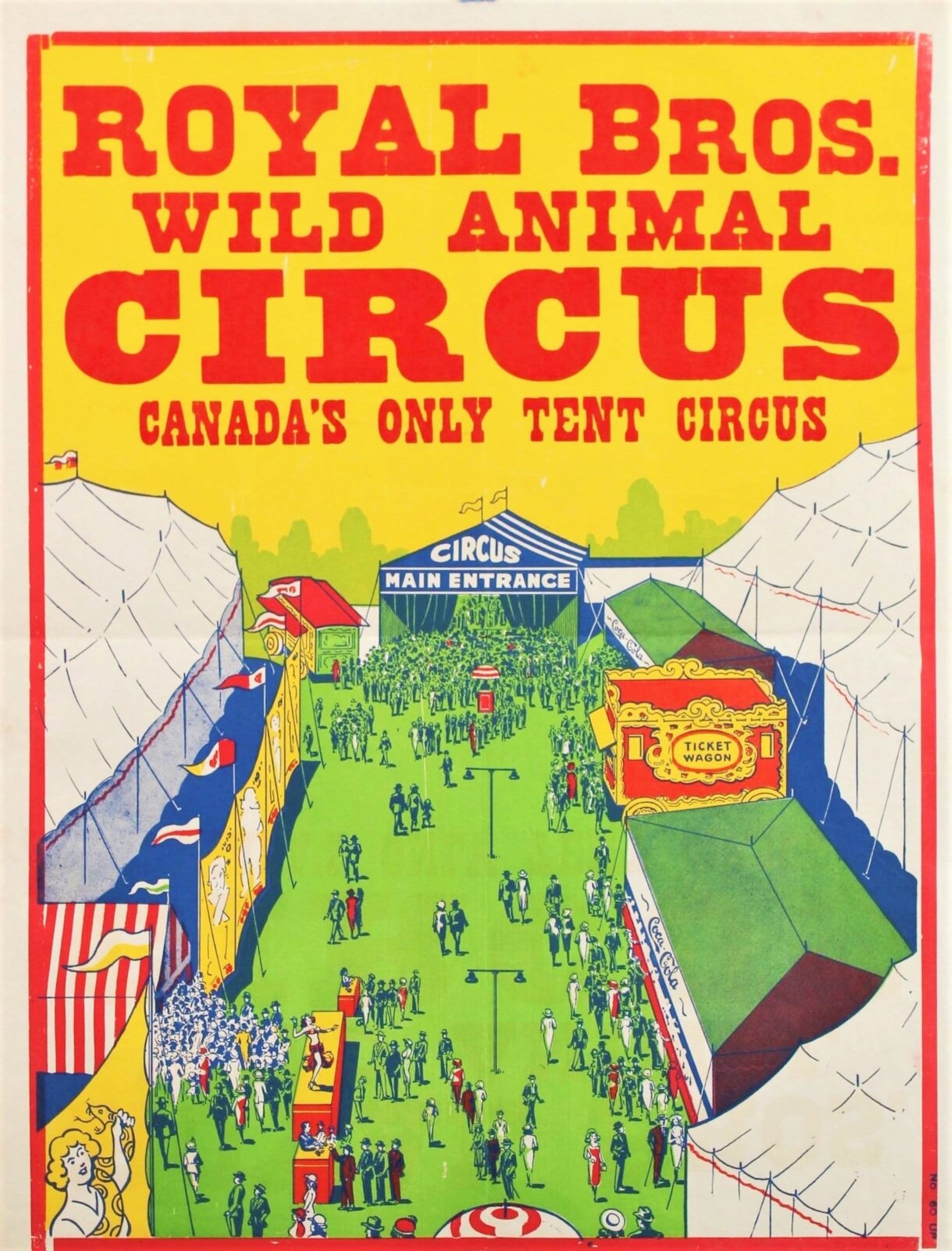 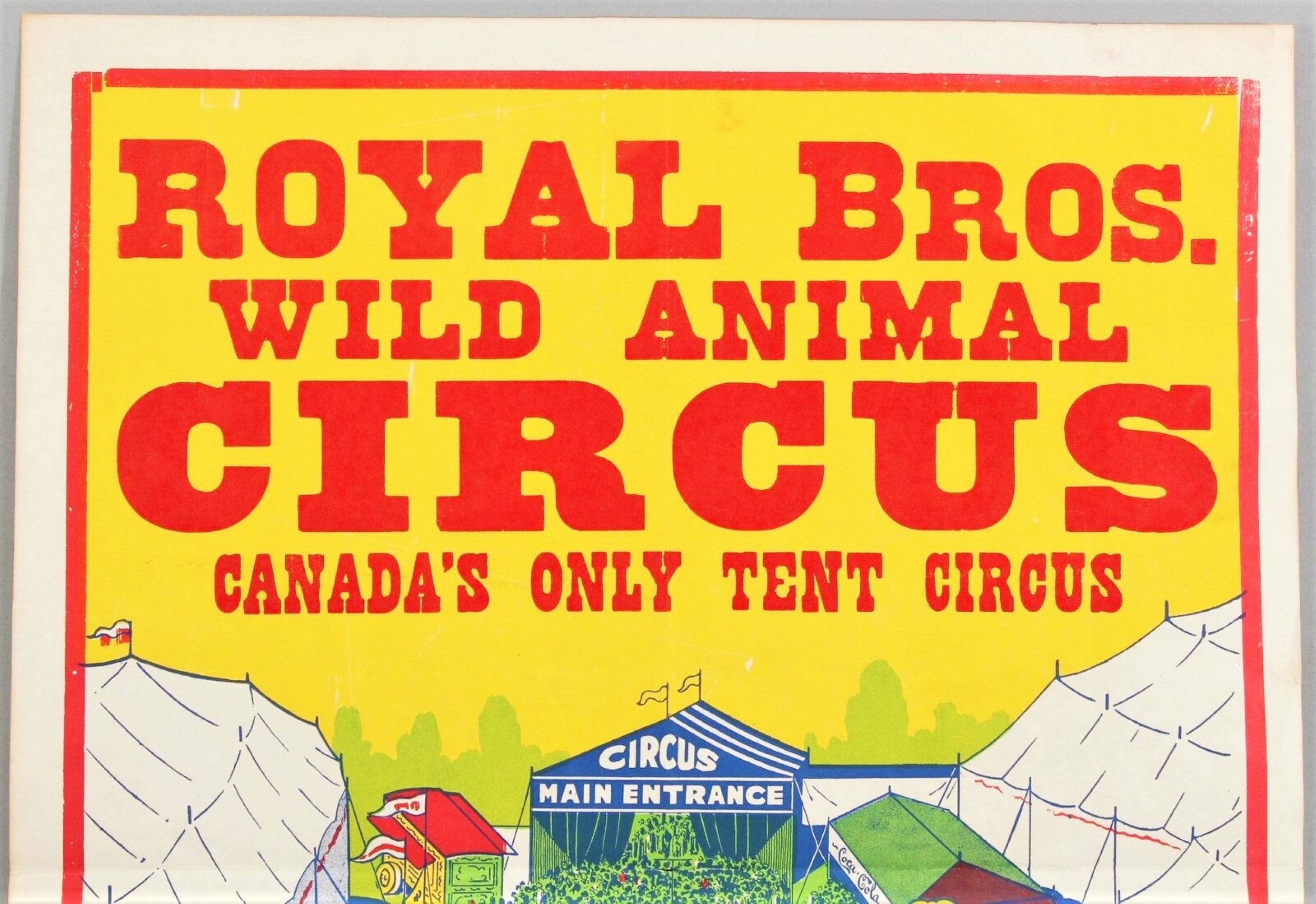 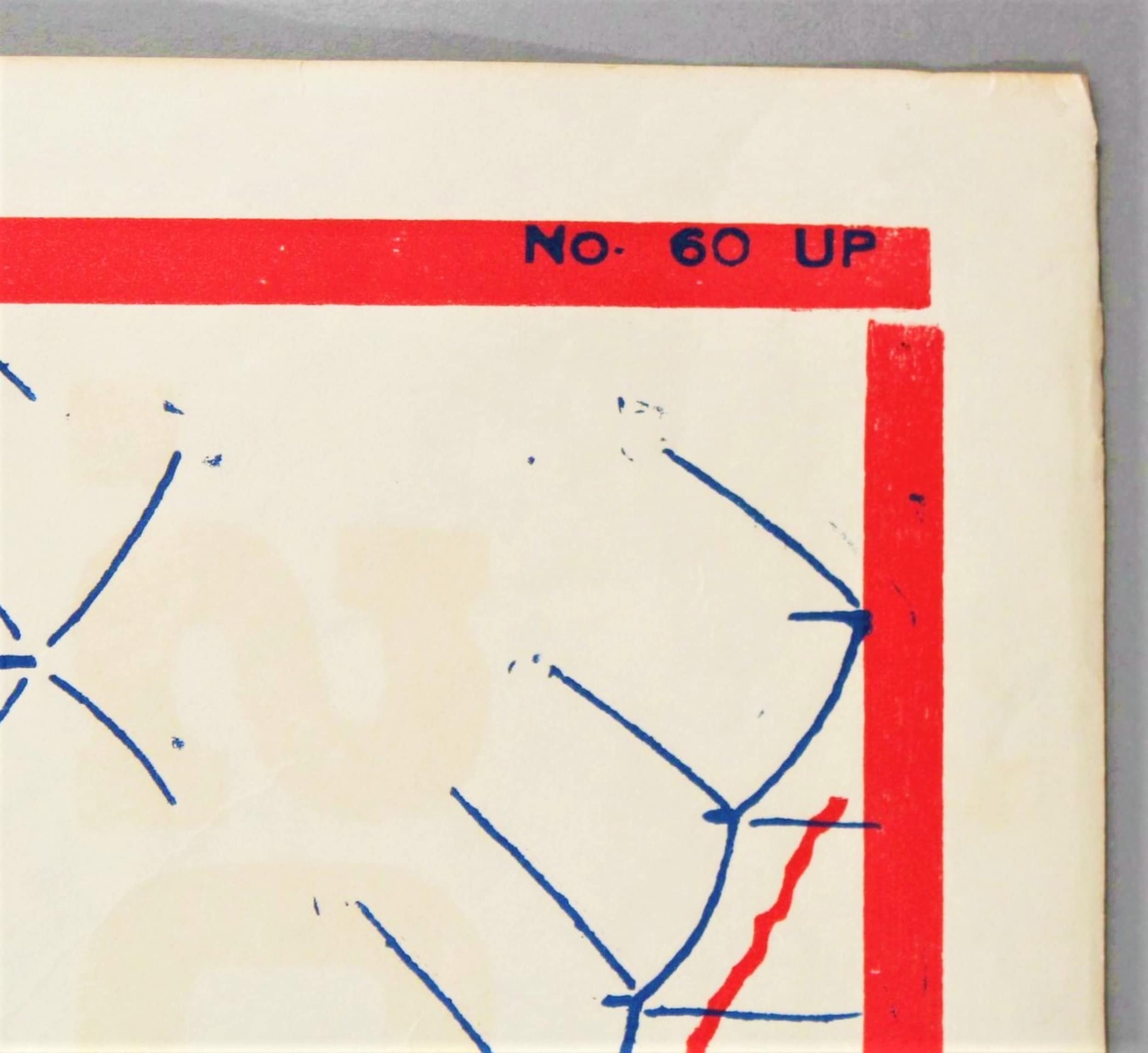 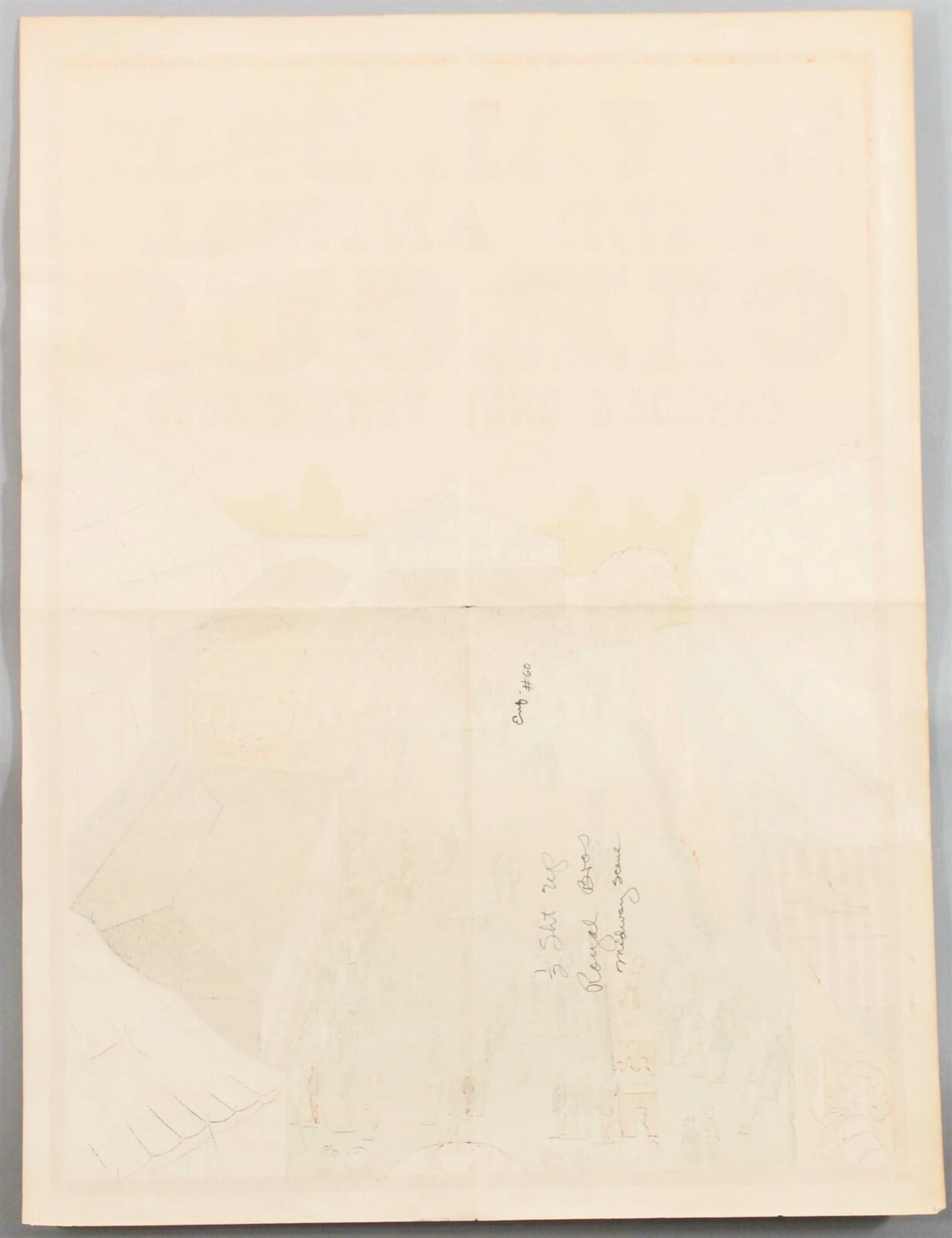 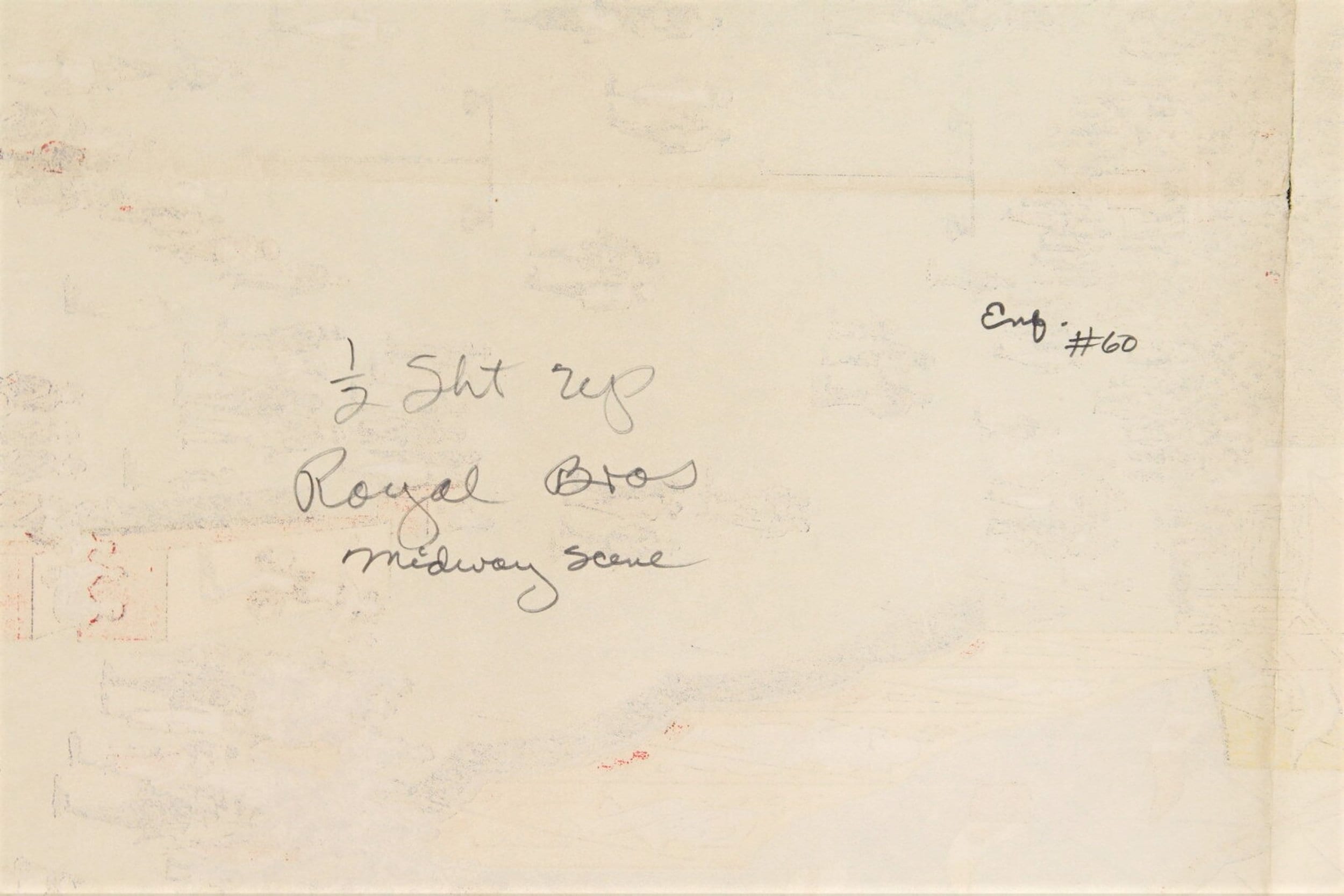 Measuring 21” wide by 28” long, this vintage lithograph poster advertises the "Royal Brothers Wild Animal Circus -- Canada's Only Tent Circus," and it's impressive Coca-Cola tent. The poster depicts a classic midway scene, with a belly dancer on stage, a Coca-Cola stand, a sideshow/freakshow tent depicting a woman wrestling a "deadly" snake, large performance tents, a classic circus ticket wagon, and a large group of people waiting to get in the main entrance. There are fold lines and a few very small tears, but otherwise the poster is fabulous. The colors are still vibrant and strong, and there are no other problems or any restorations. Classic circus AND Coca-Cola poster. We also think this may be a proof based on the handwritten notations on the back of the poster.

The Royal Bros. Circus was a Canadian-based circus which operated from 1973-1976, and continues operating through various successions to this day.

In 1976, a wonderful documentary was filmed on the Royal Bros. Circus by the National Film Board of Canada. The film was tilted "High Grass Circus", co-directed by Tony Ianzelo and Torben Schioler. "High Grass Circus" was nominated for an Academy Award for Best Documentary Feature, and it is considered an absolute classic. The National Film Board of Canada provides the full length film online.