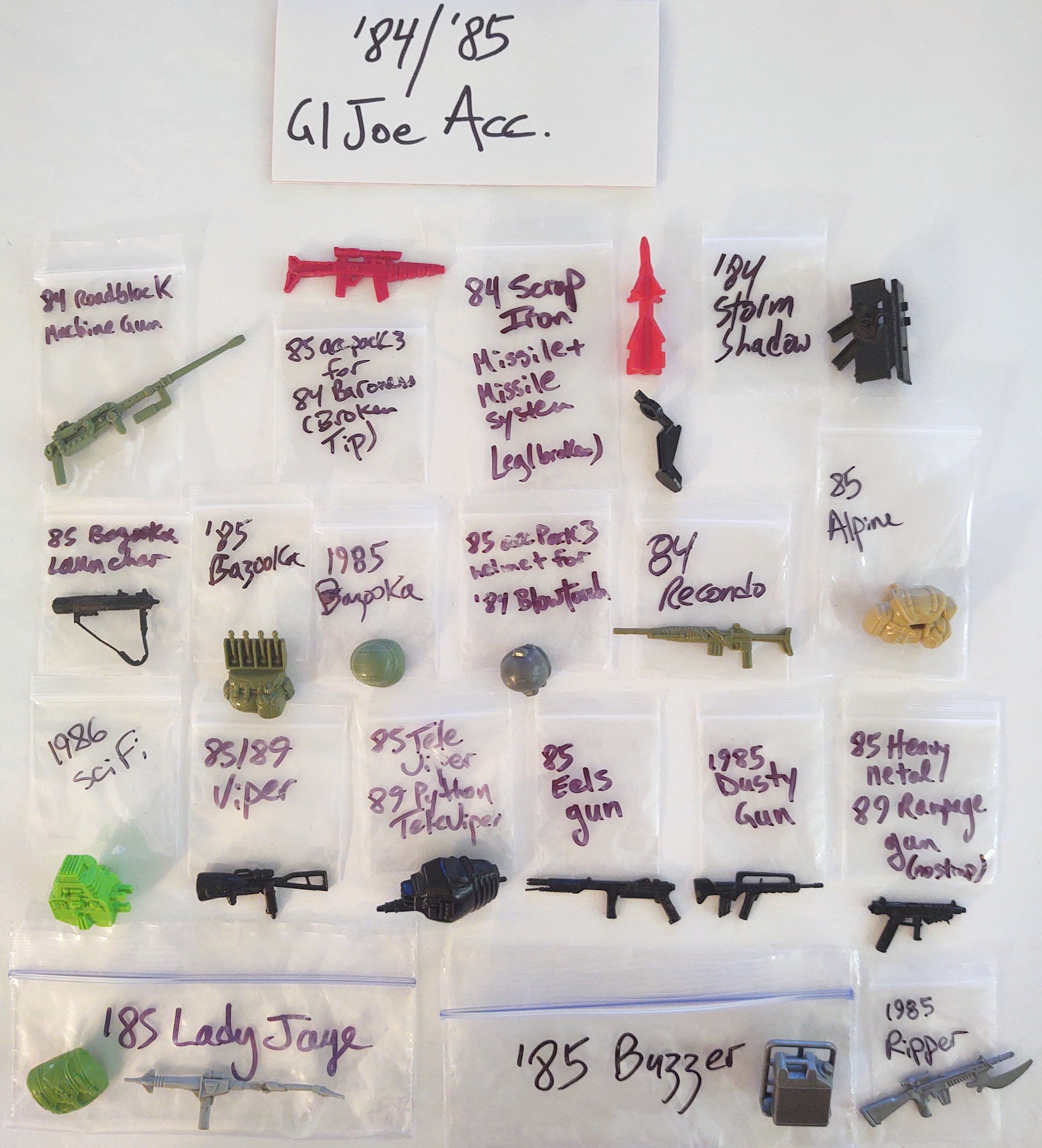 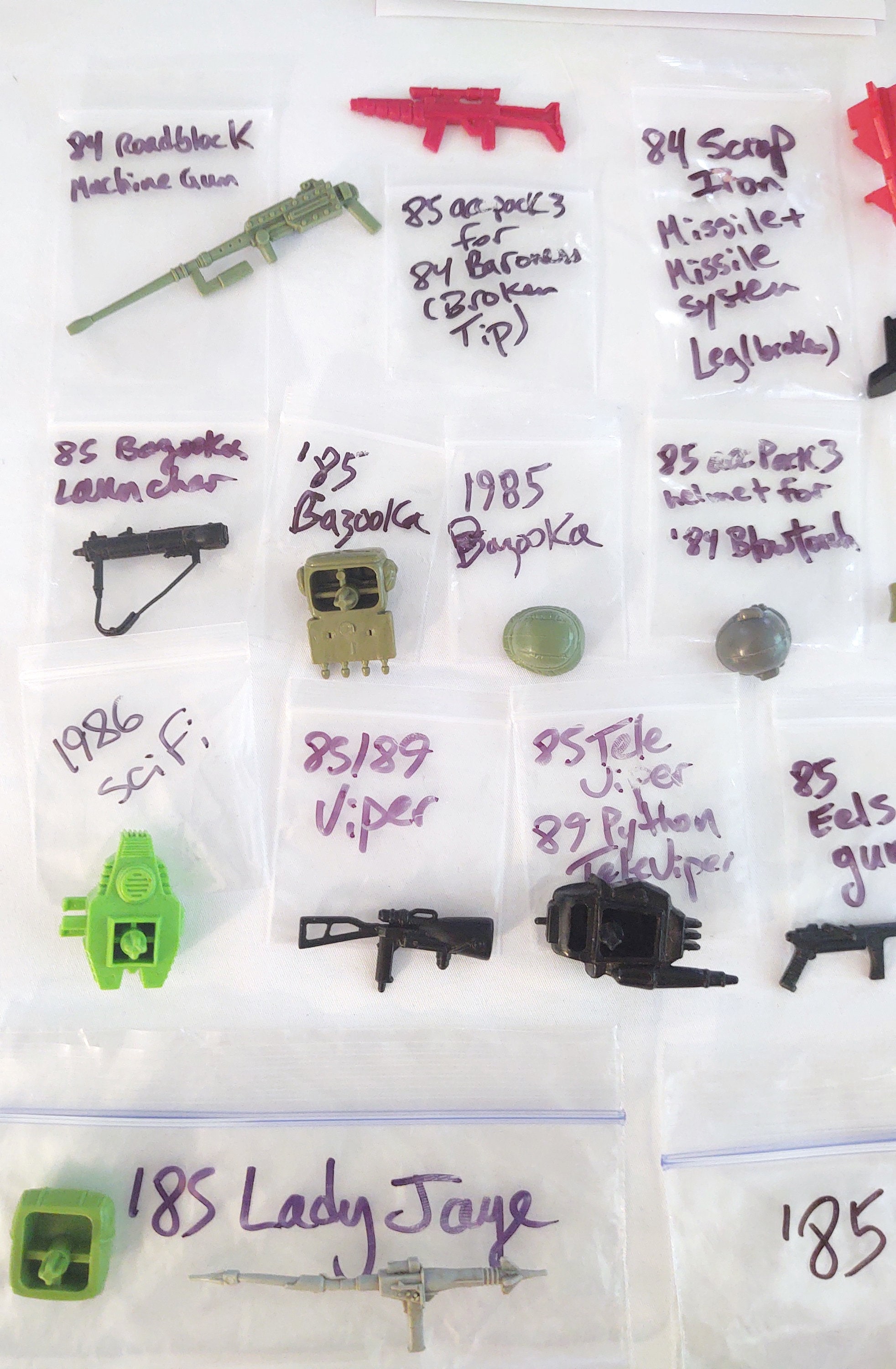 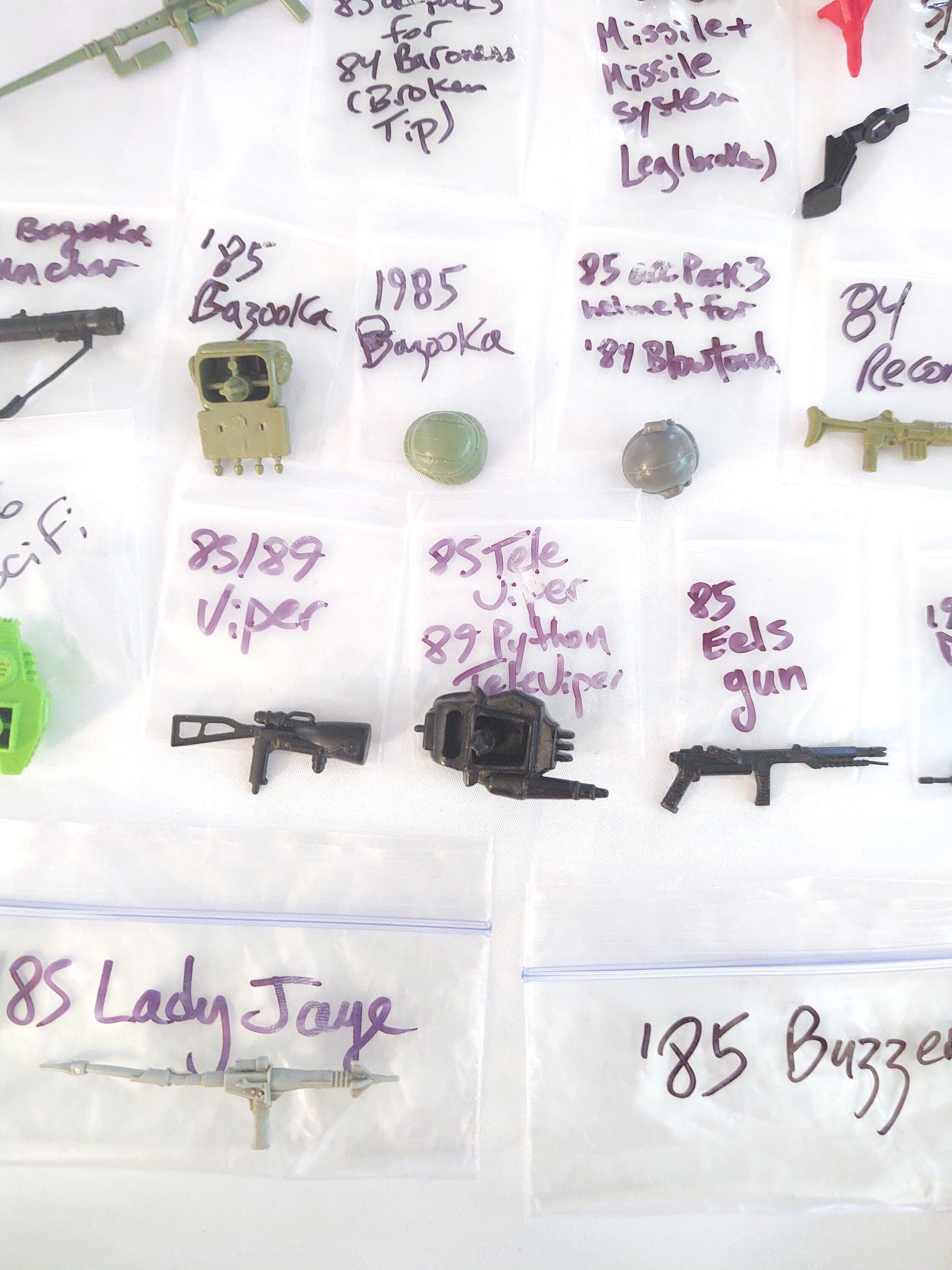 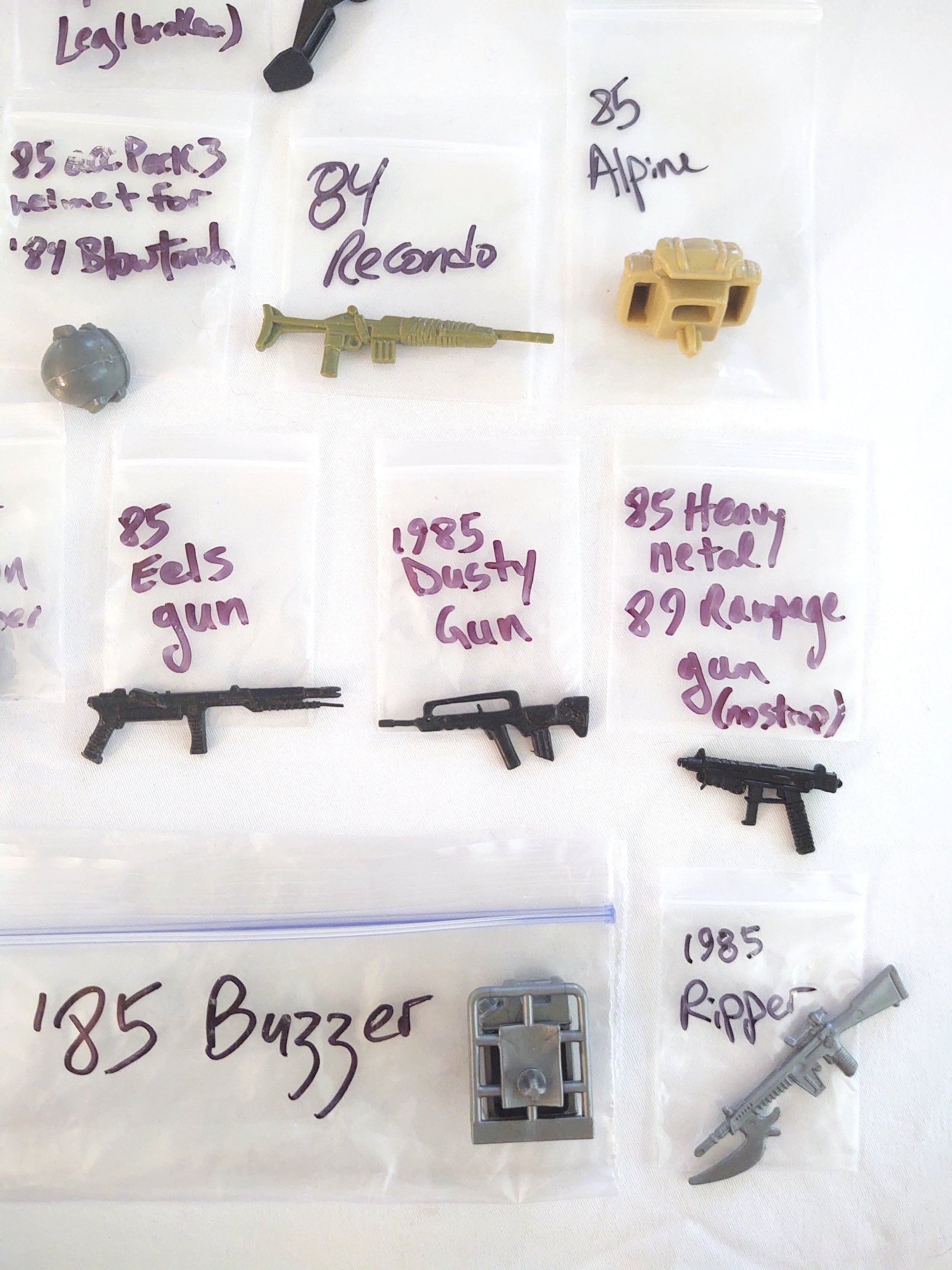 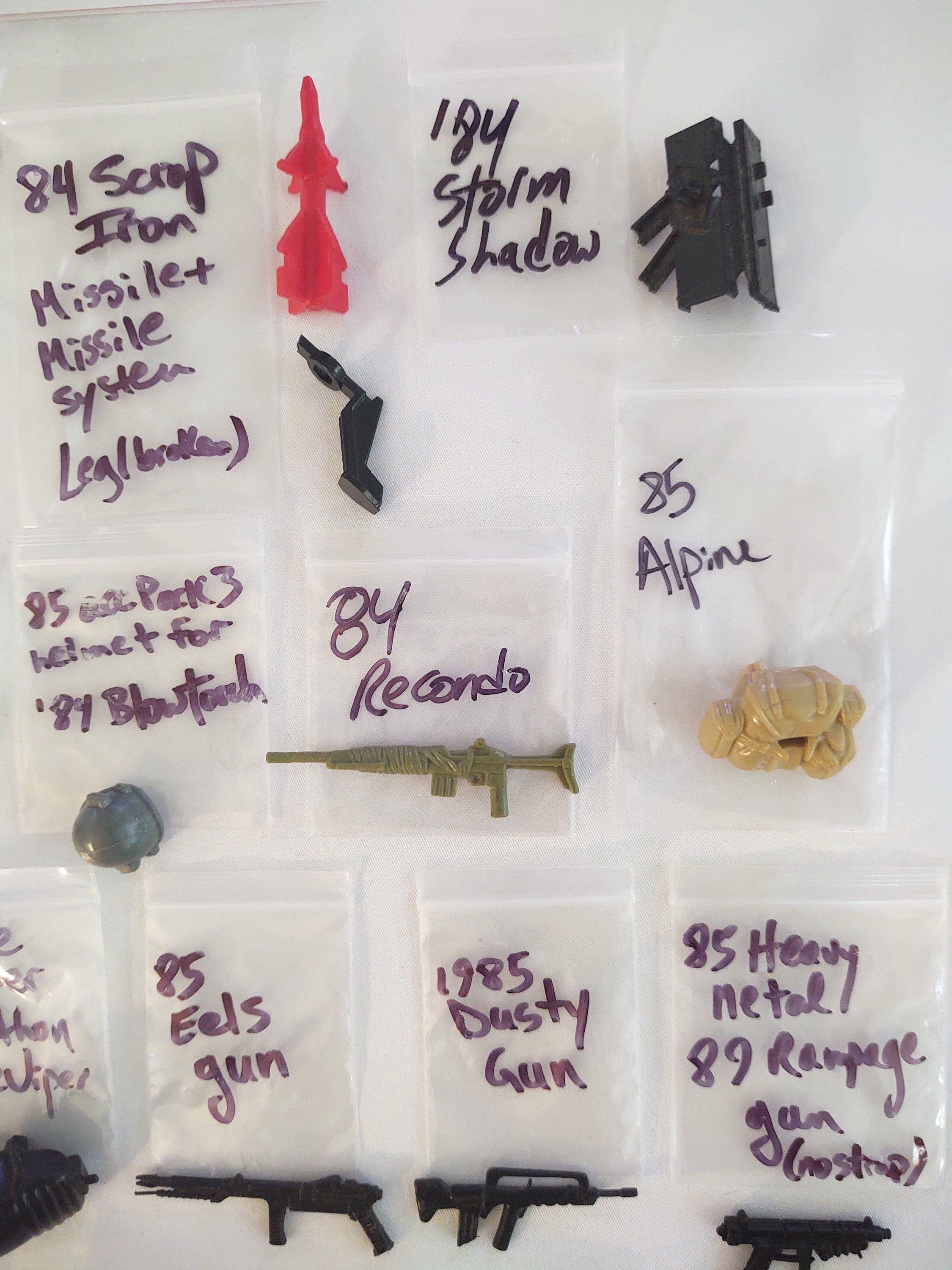 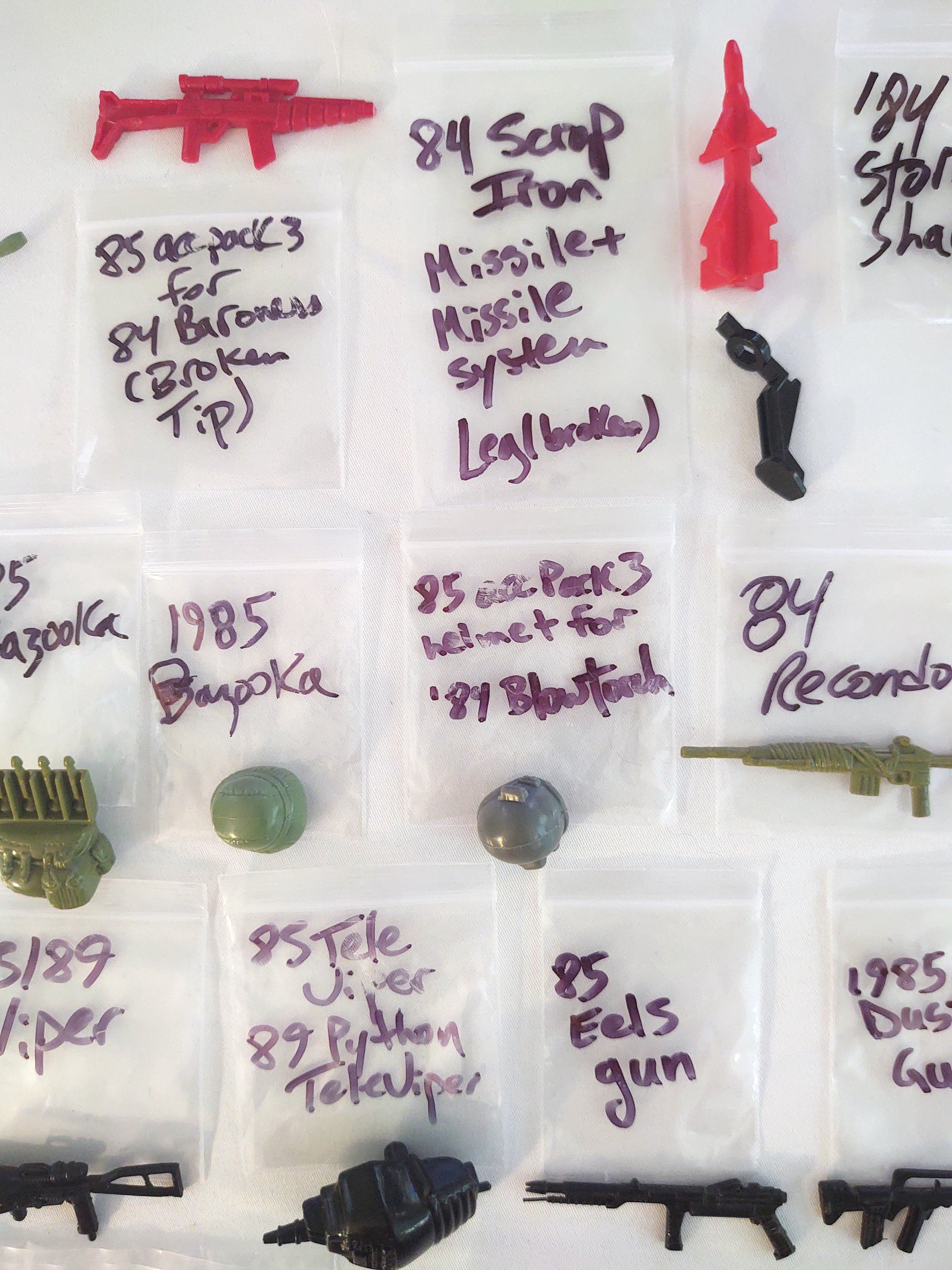 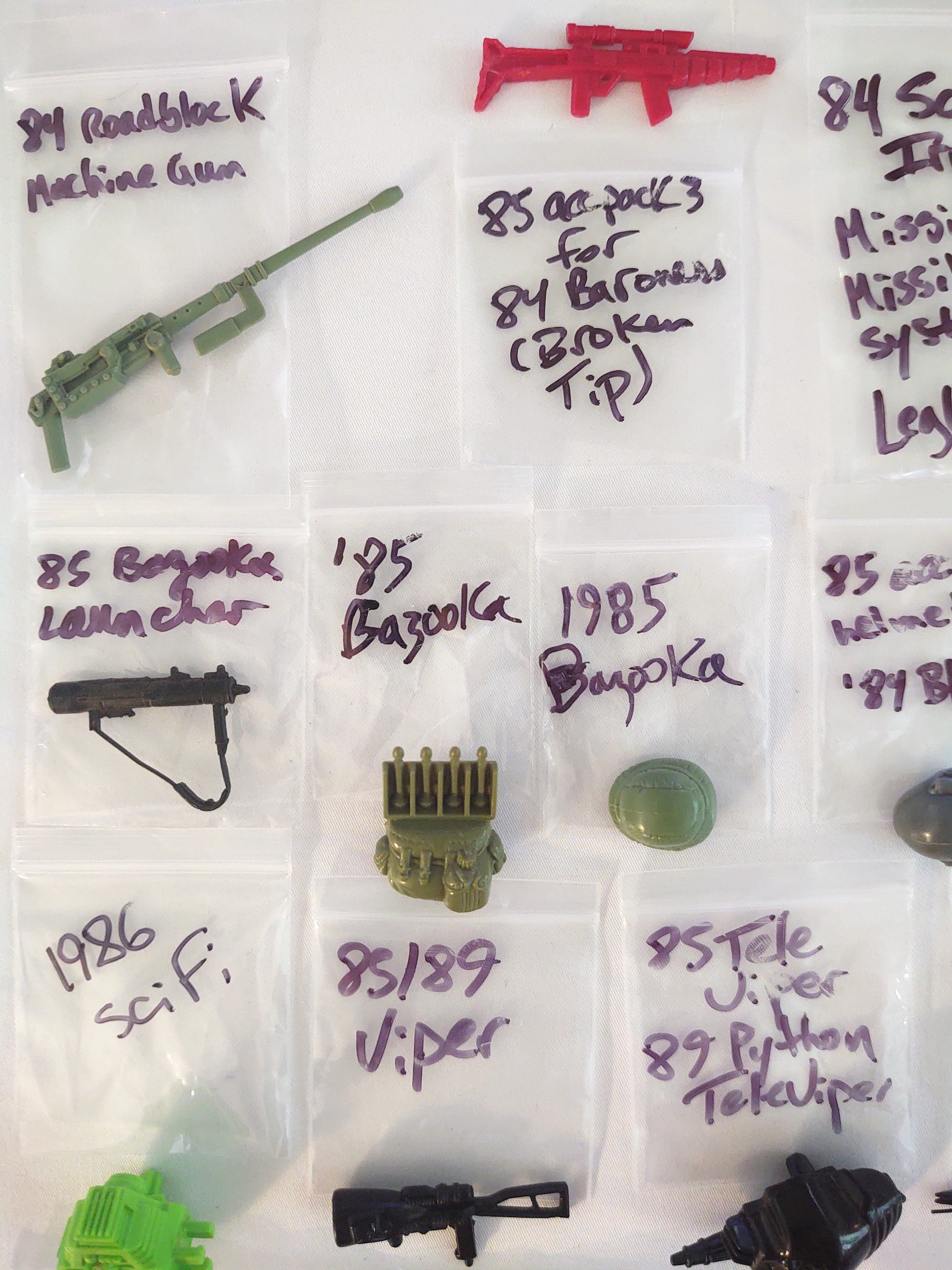 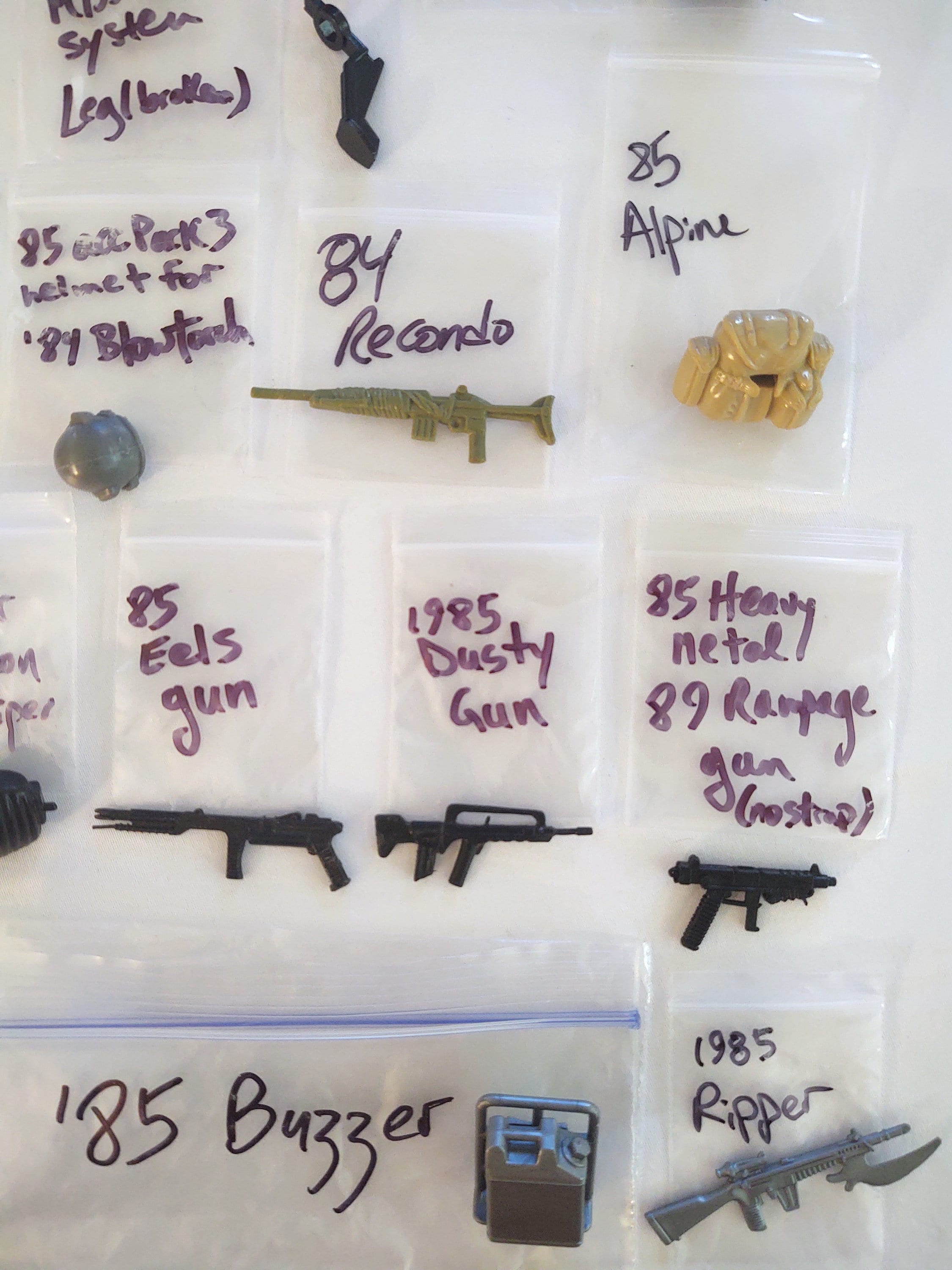 Make your selection under the Pattern tab. Notes on baggies in pix. The Scrap Iron missile comes with one leg for his launcher. The tip is broken off the end of the barrel on the Baroness's accessory pack rifle.
"Acc" in the item's name under the Pattern tab means it is the Accessory Pack version of that piece of kit.


I'm going to get the prices of everything corrected shortly so I just put in ten bucks in the meantime. If you want something that I haven't gotten to adjusting the price, and you feel it's worth less than a tenner inclusive of shipping, holler at me and we'll work something out. Thanks!

It was exactly how it was listed

Thank you for the backpack. Closer to completing a vintage GI JOE action figure.