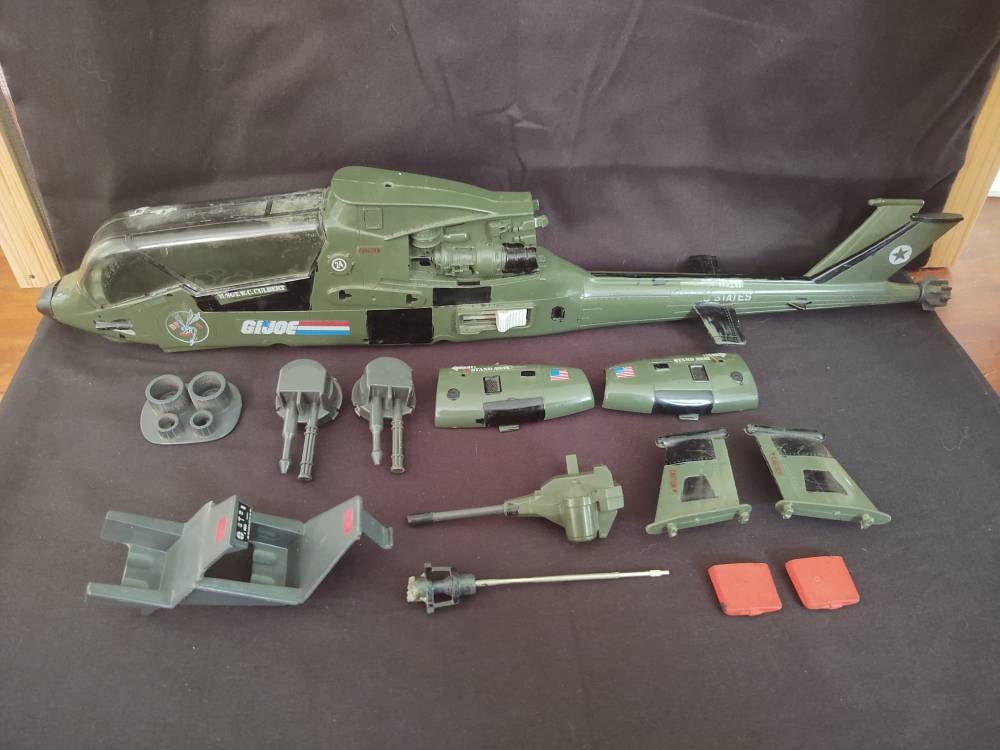 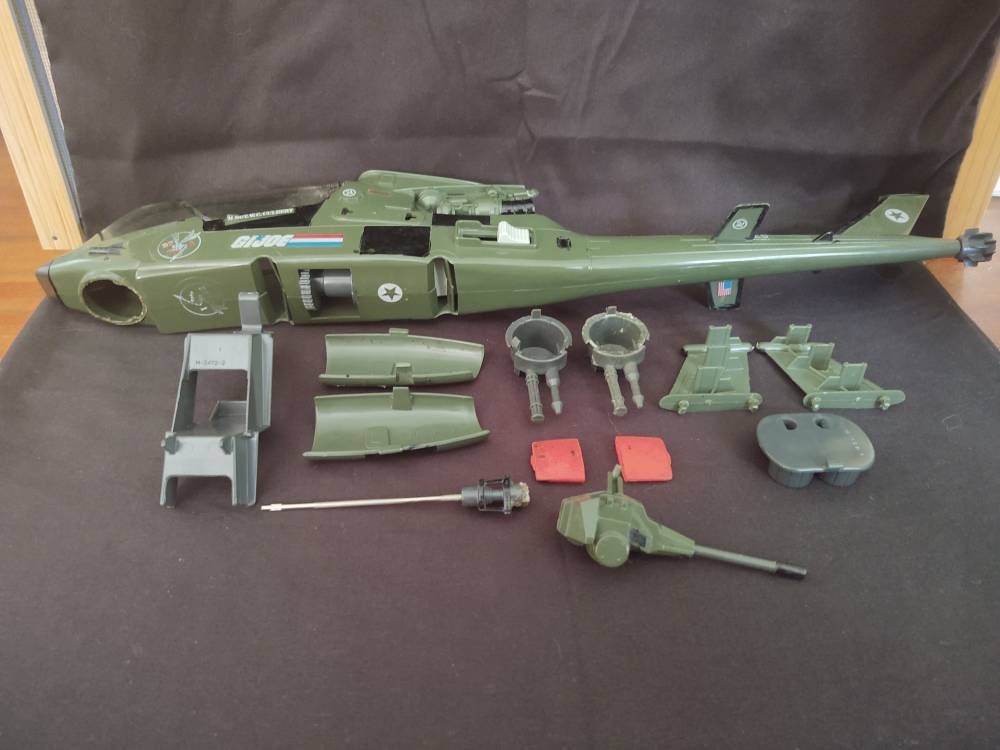 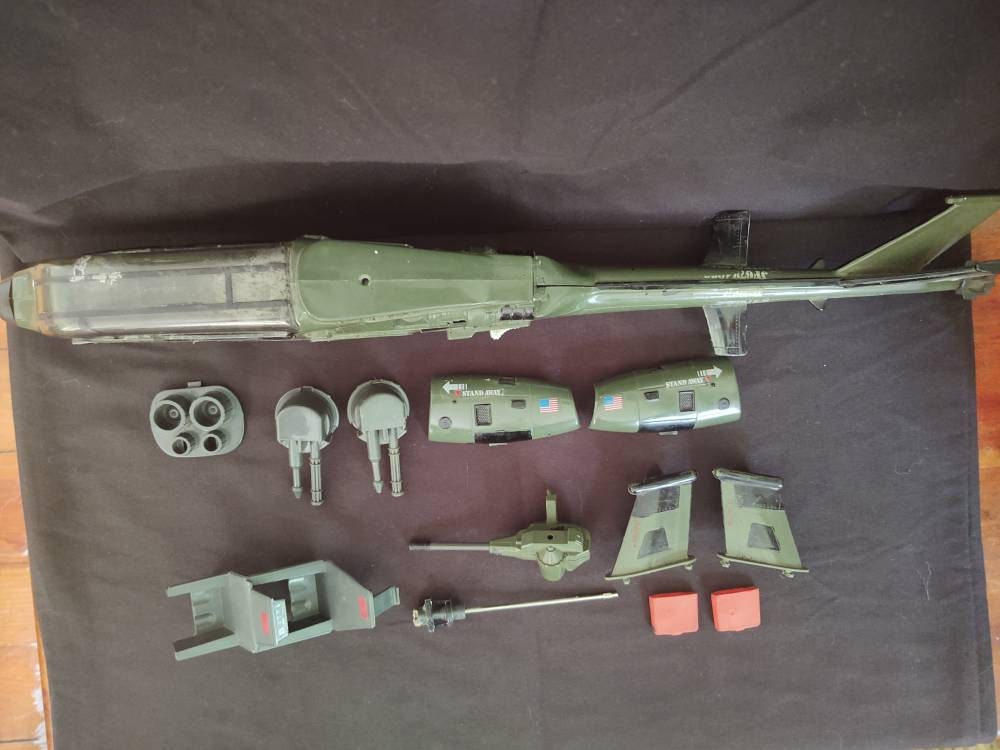 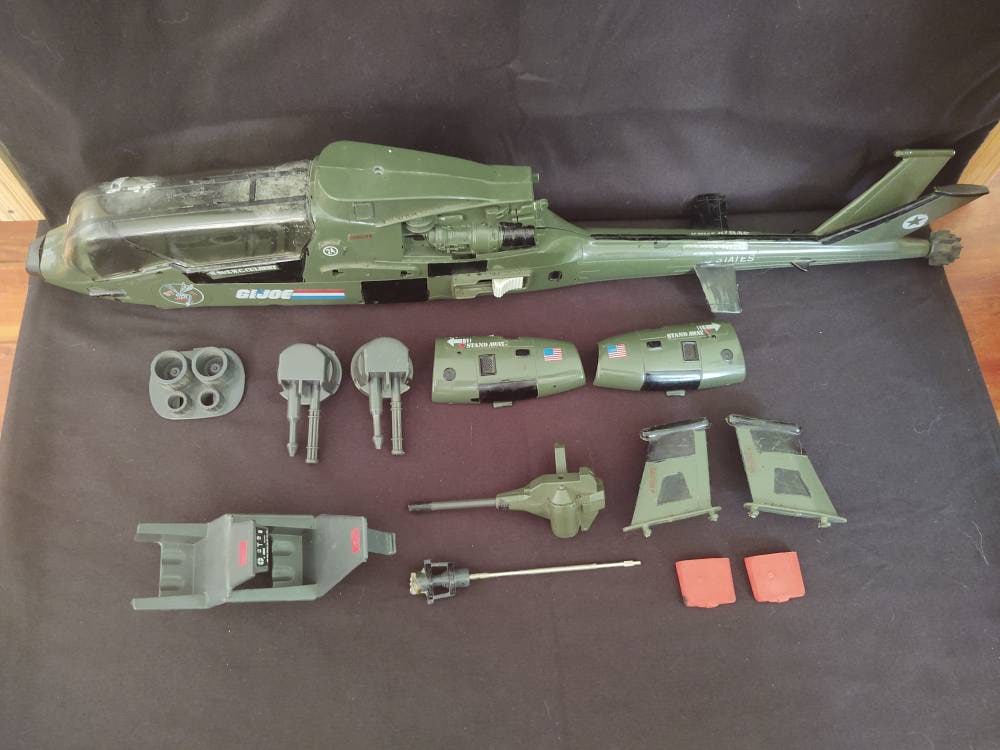 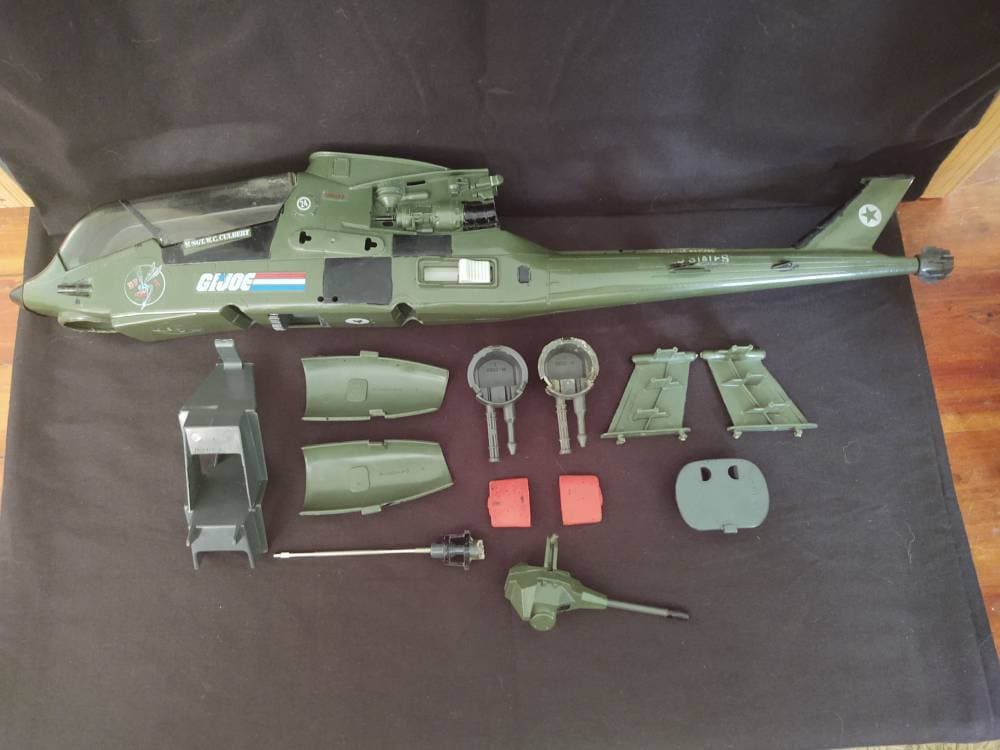 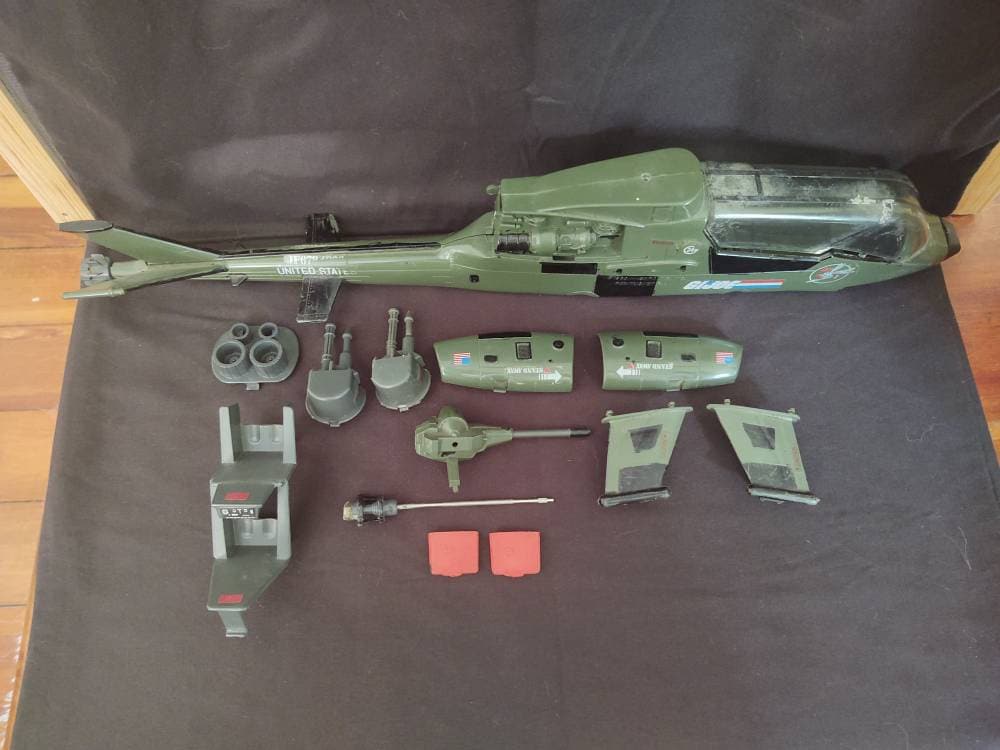 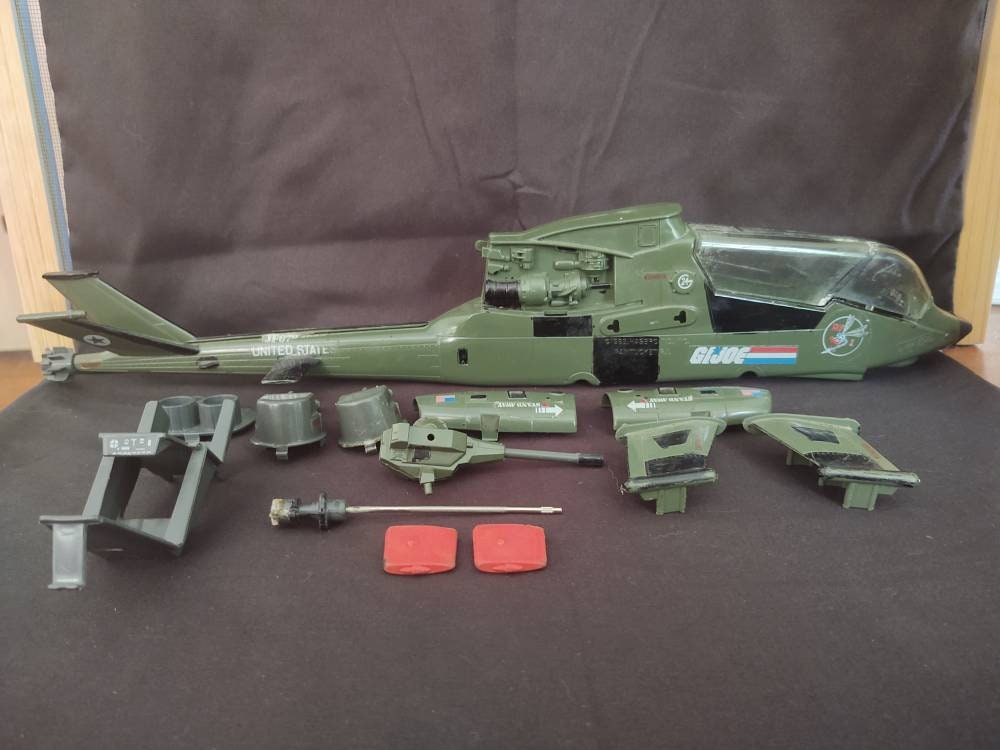 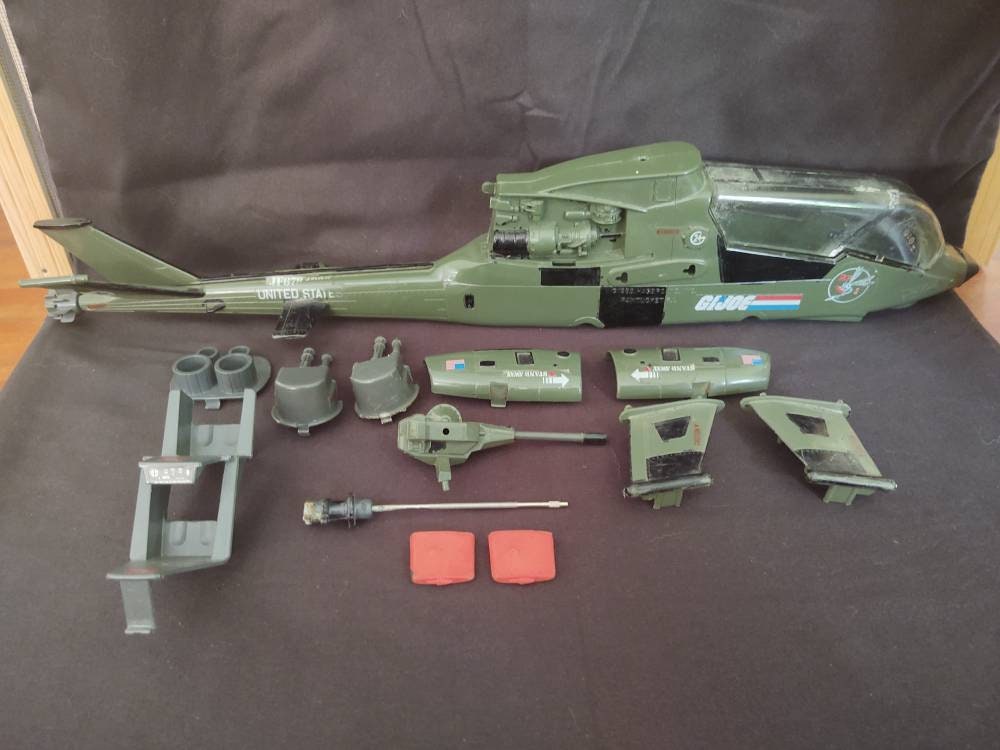 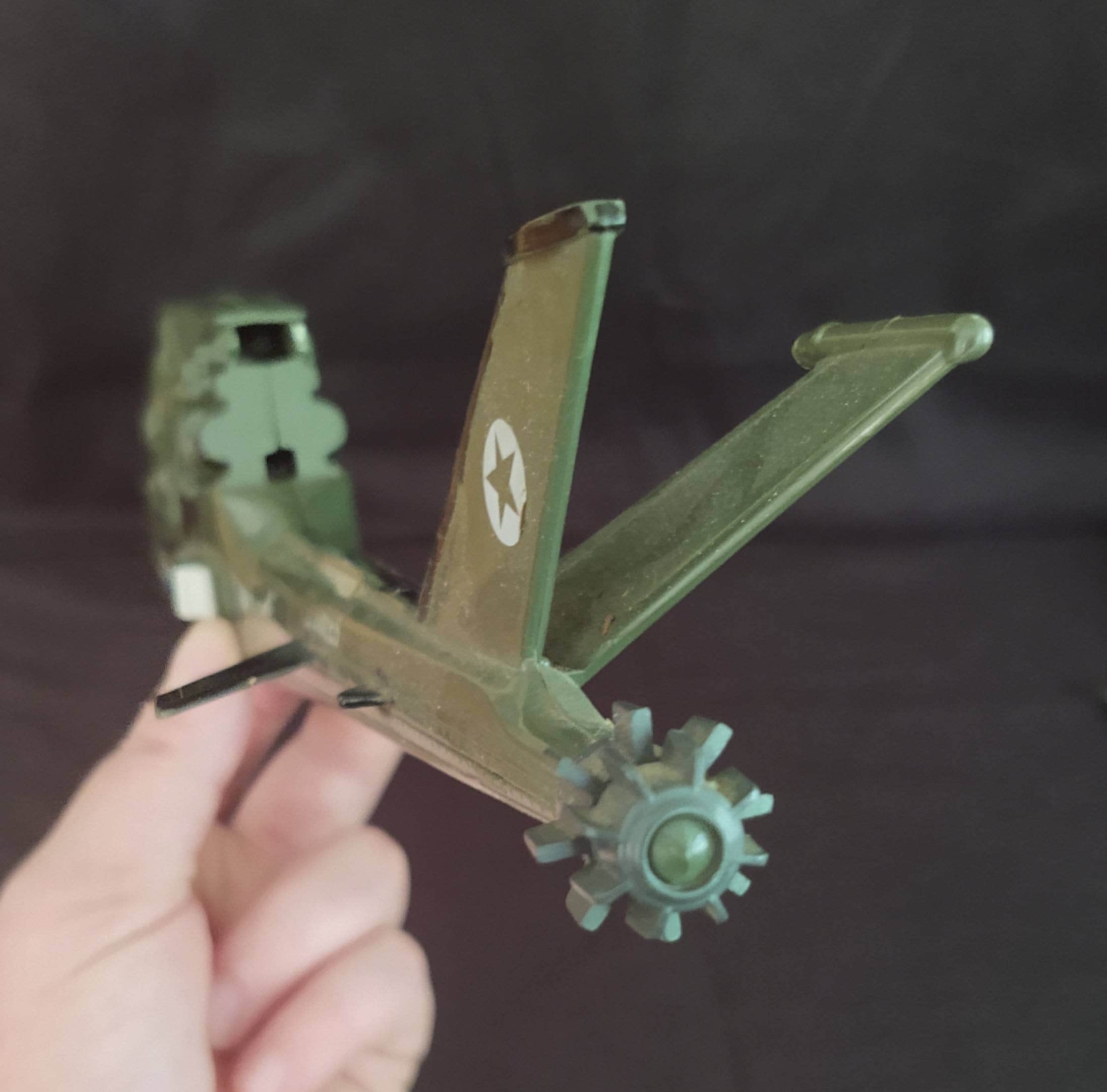 1983 Hasbro GI Joe Dragonfly Parts ARAH. Pick your part under Pattern. Fuselage comes with canopy, winch, rotor-turning mechanism, nose cone and tail cone. Starboard side engine exhaust tab is partially broken, but an engine cover will stay on just fine. Note, a good many parts have been color modified as seen in the pix. Also, one of the Chin guns is missing one of the three tabs, it's identified under Pattern as the 2Tab one, while the other is the 3Tab one.