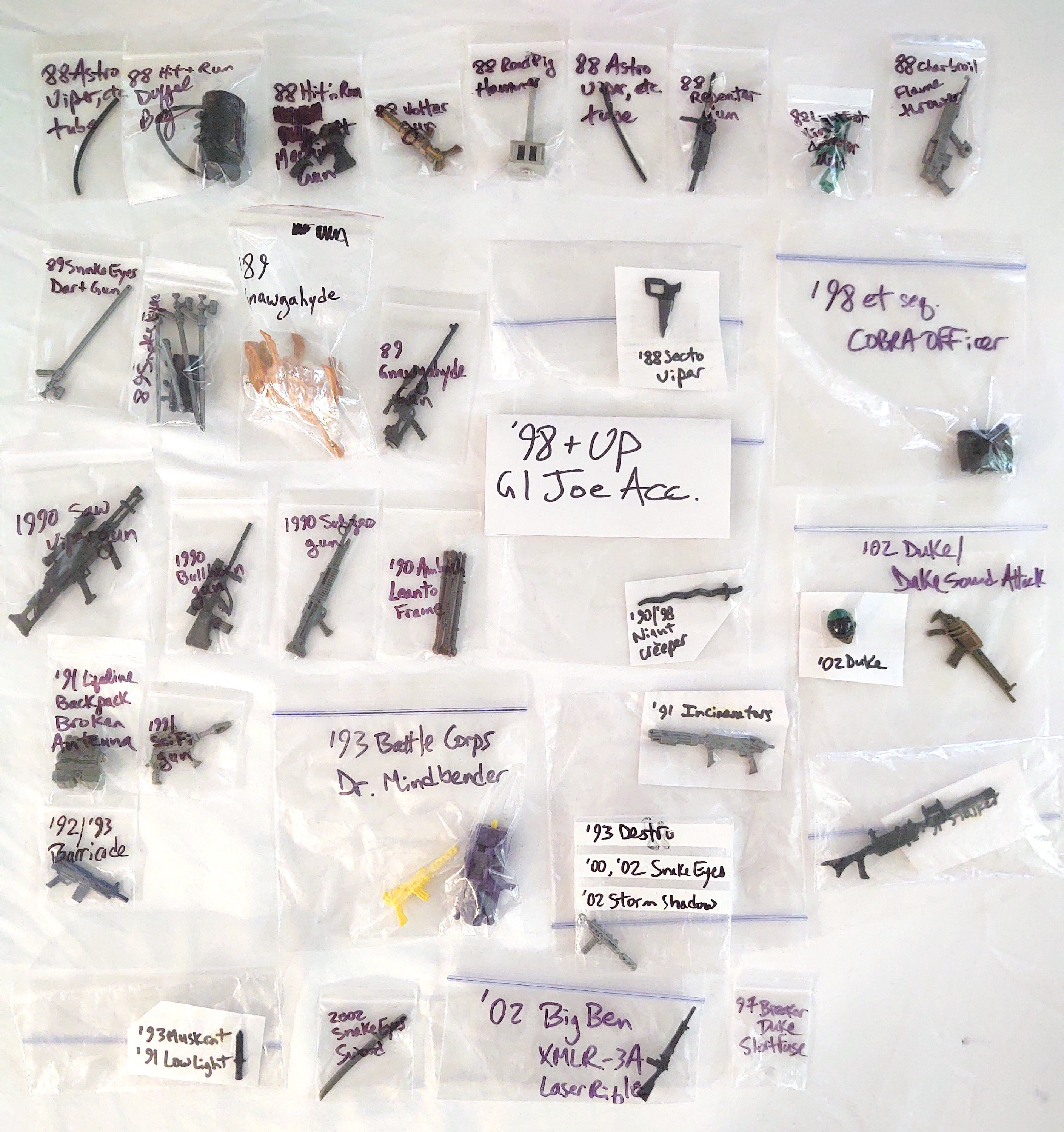 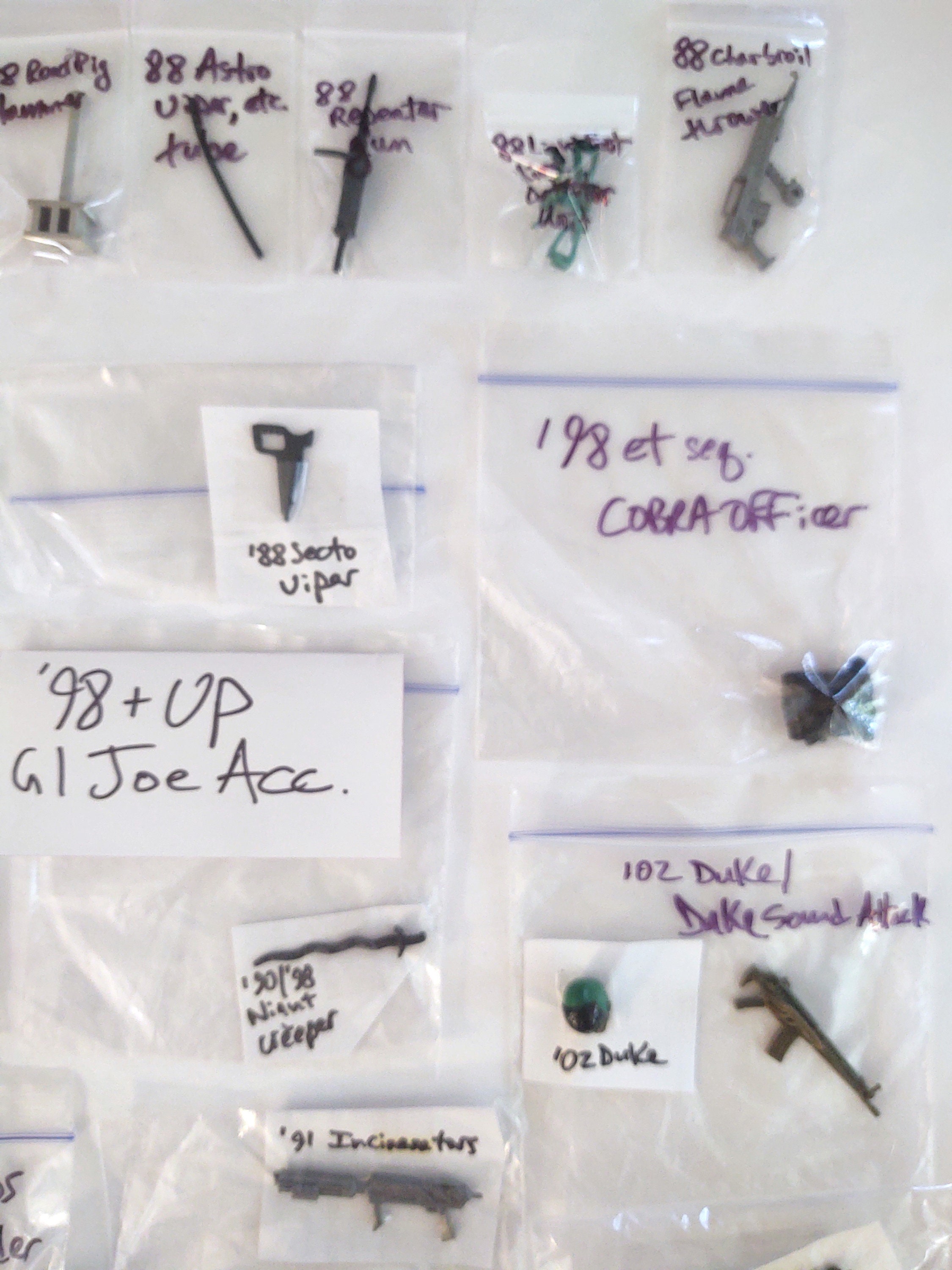 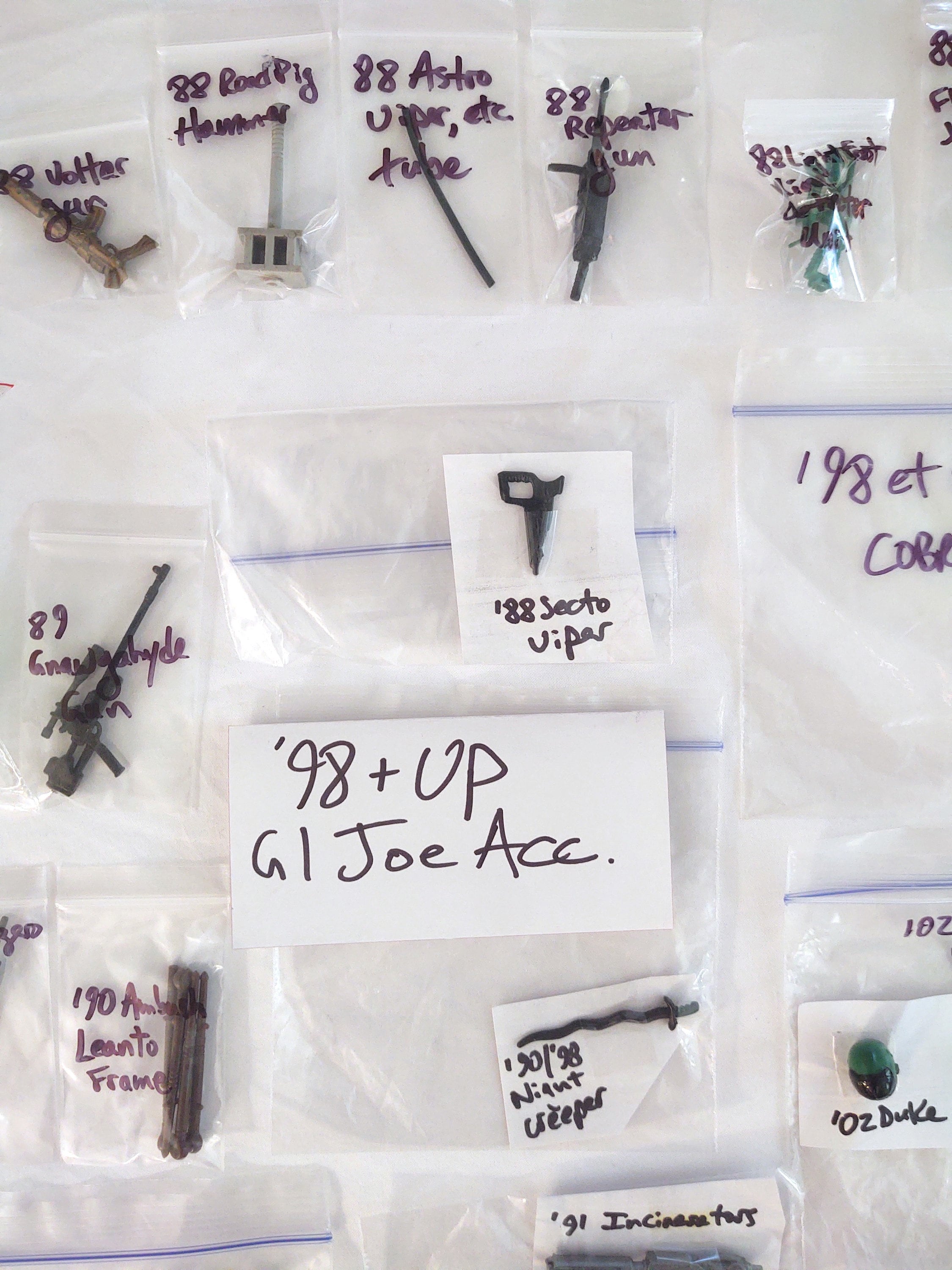 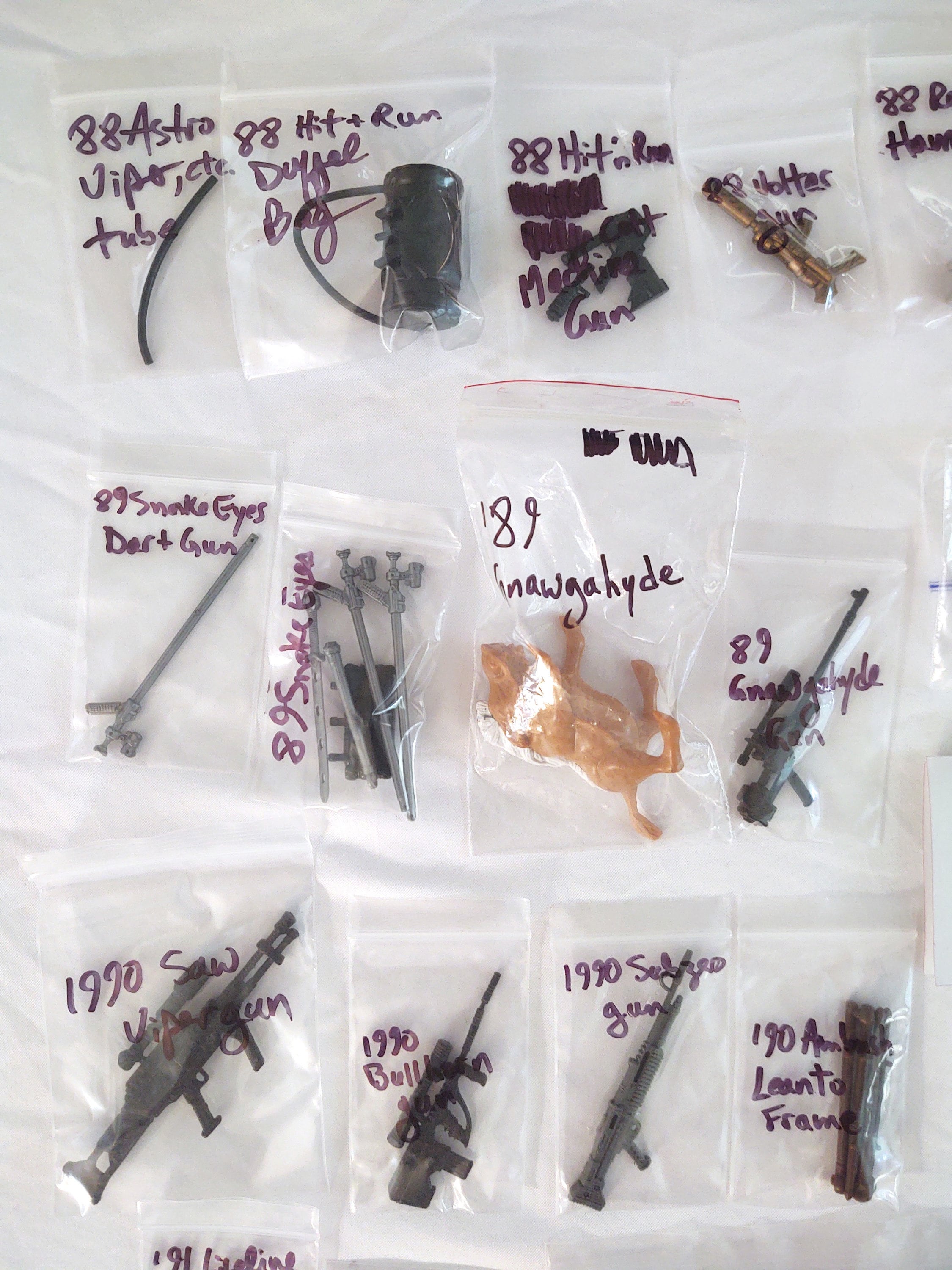 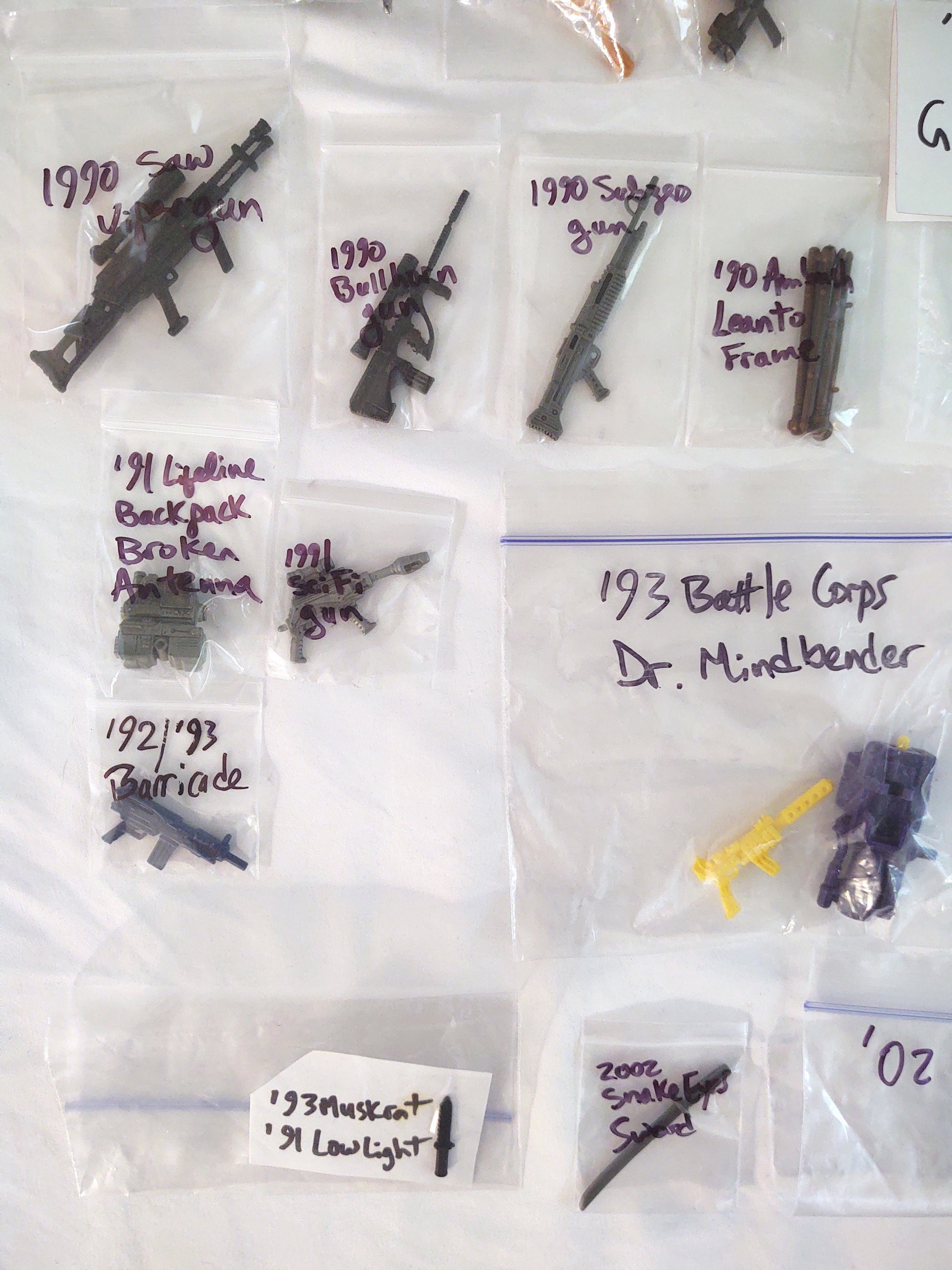 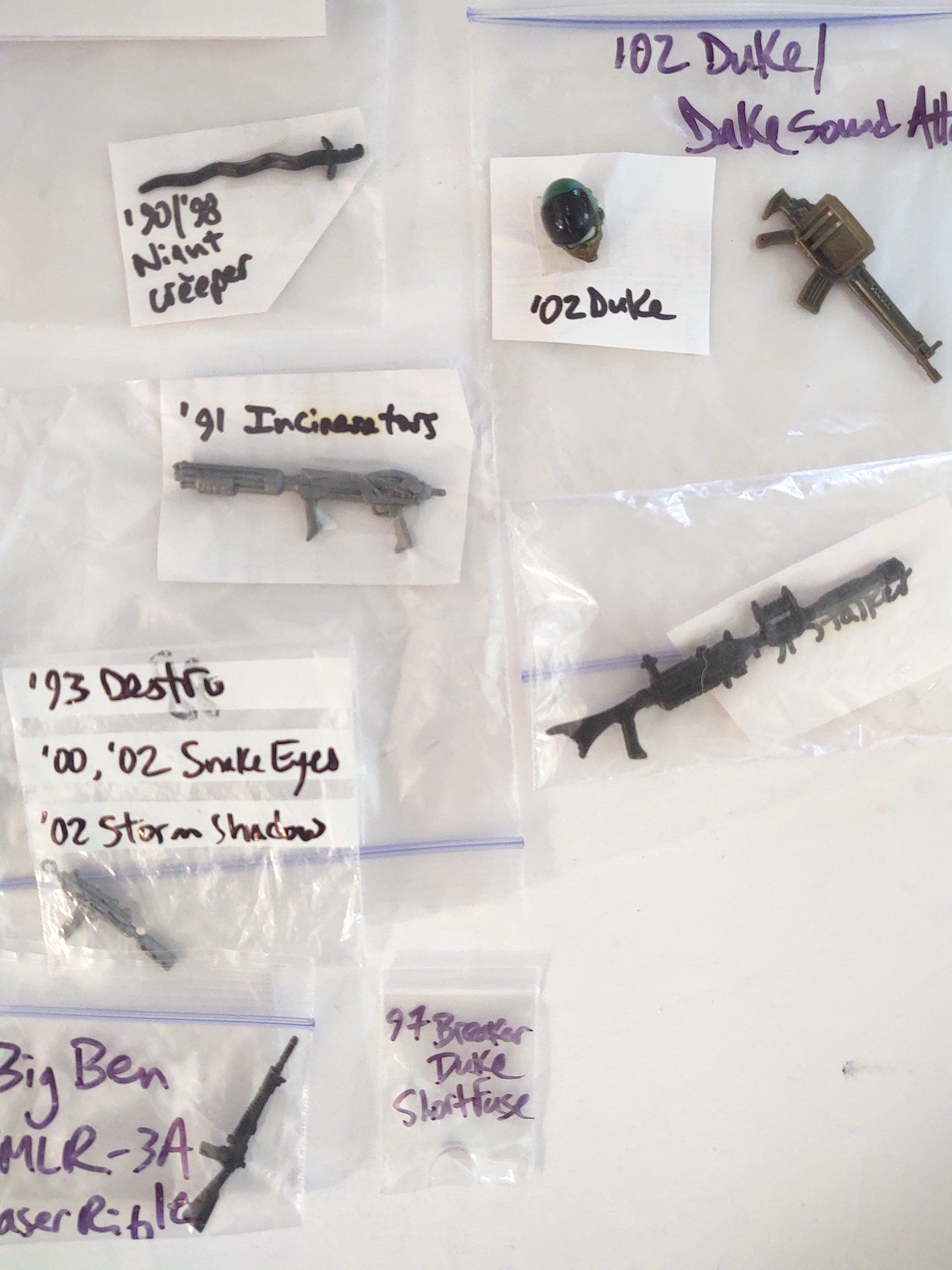 Prices and stock in the drop-down menu under Pattern. "Acc" or "ACC" in the Pattern name means that particular item was not the original for the specified figure, but the replacement that Hasbro issued in the various Accessory Packs. Hit N Run's Machine Gun is broken in half but can be fixed with a dab of glue. The Viper tubes can be used for a lot more than just them. The Lifeline BP has a broken antenna.

I'm going to get the prices of everything corrected shortly so I just put in ten bucks in the meantime. If you want something that I haven't gotten to adjusting the price, and you feel it's worth less than a tenner inclusive of shipping, holler at me and we'll work something out. Thanks!