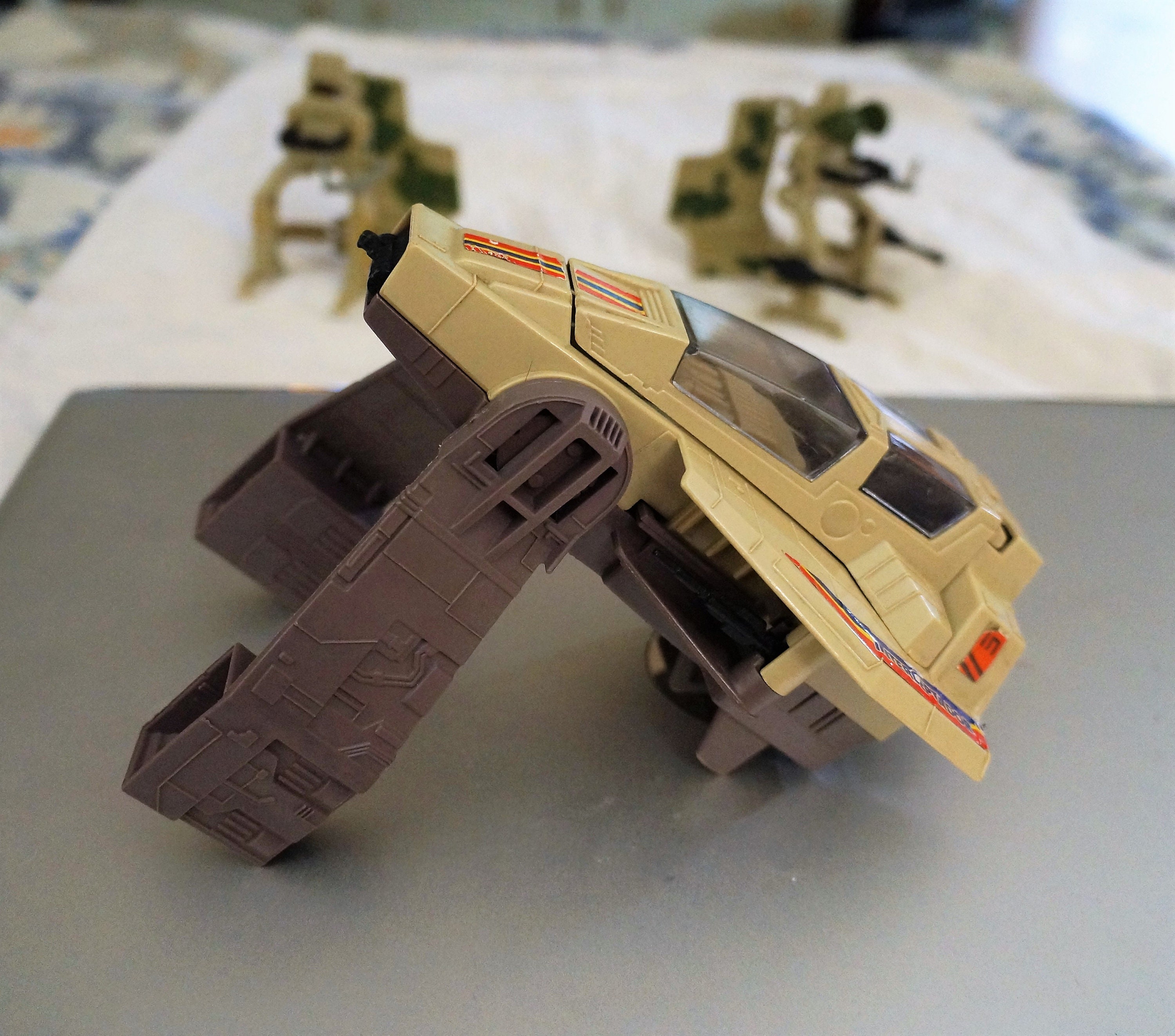 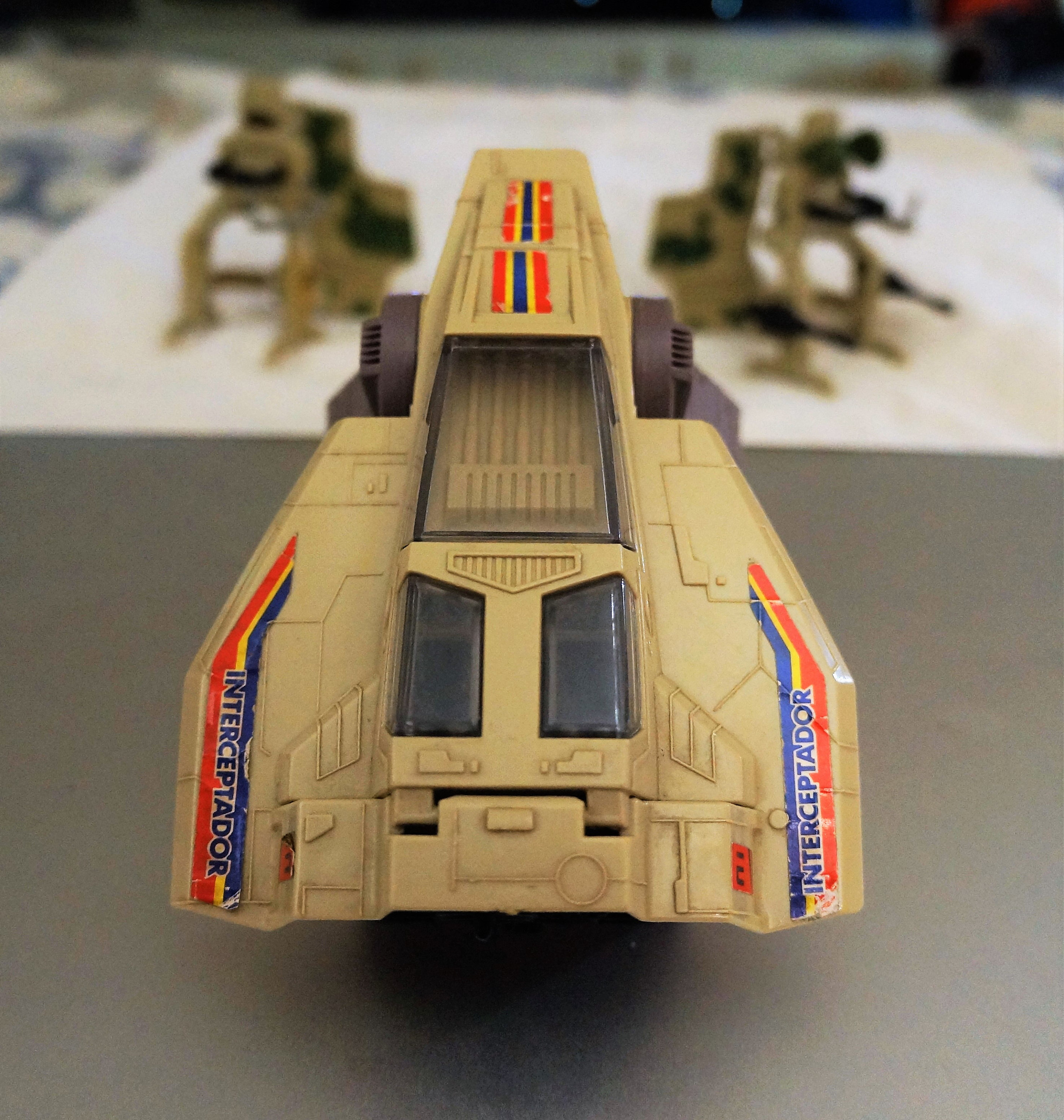 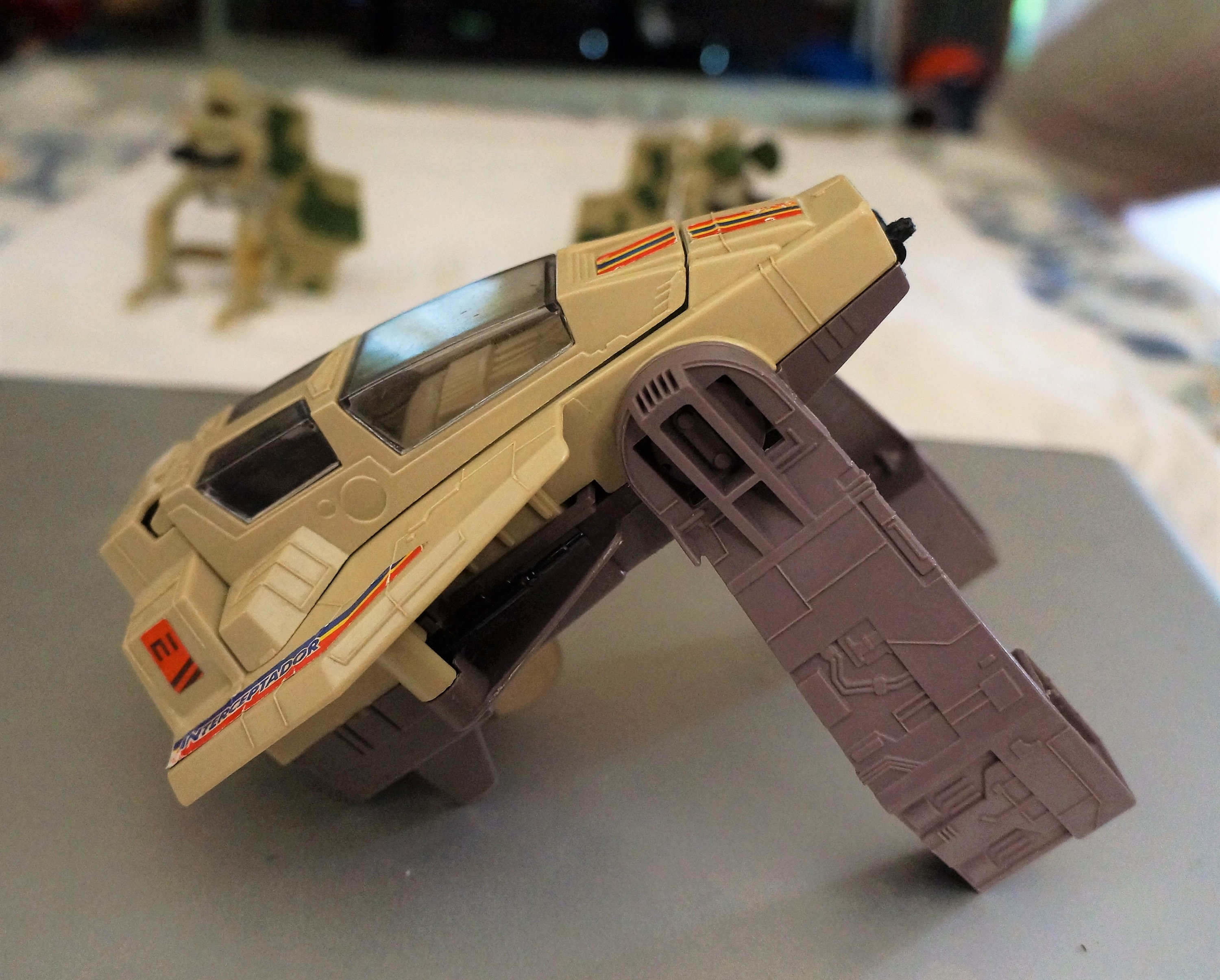 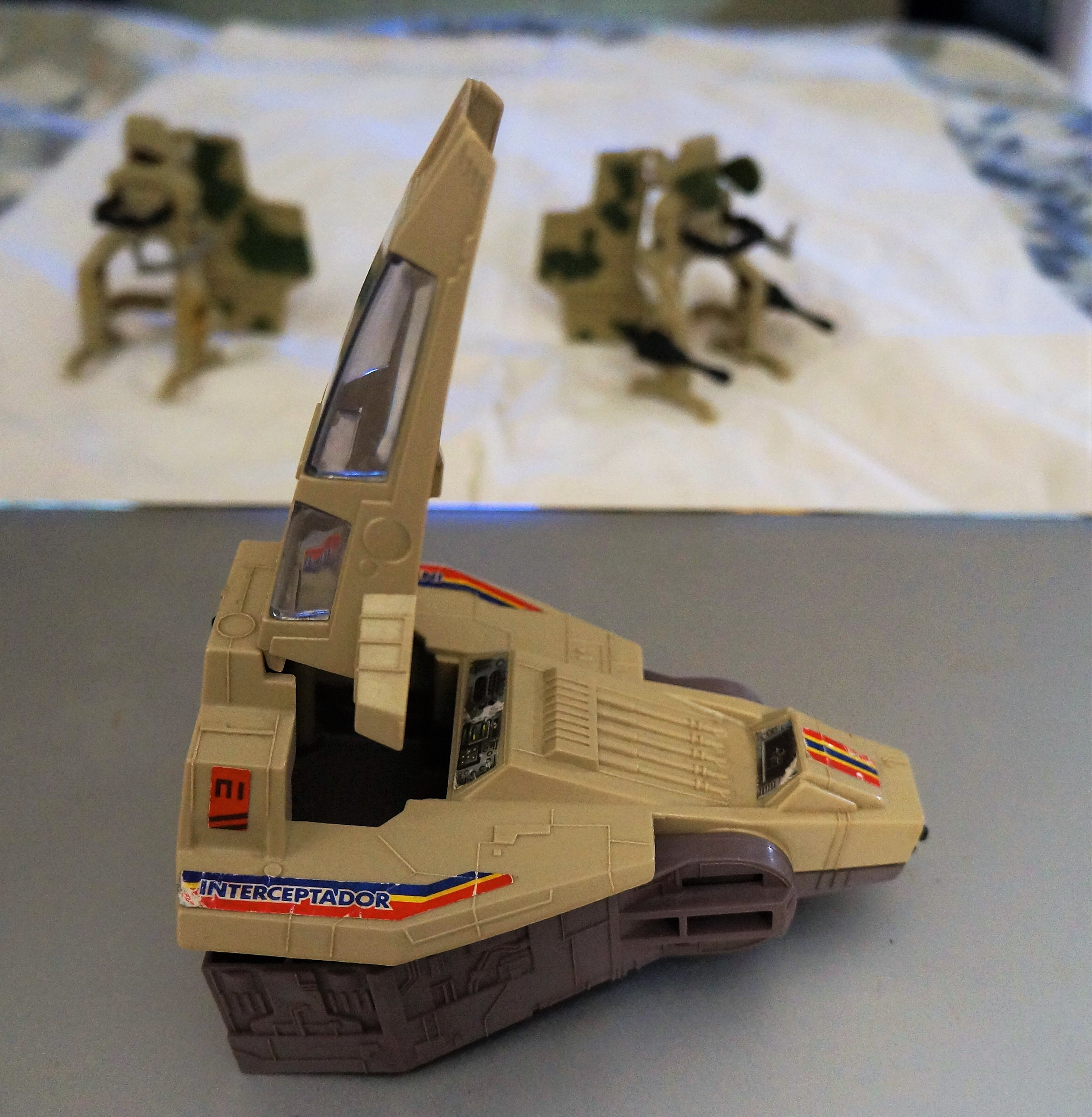 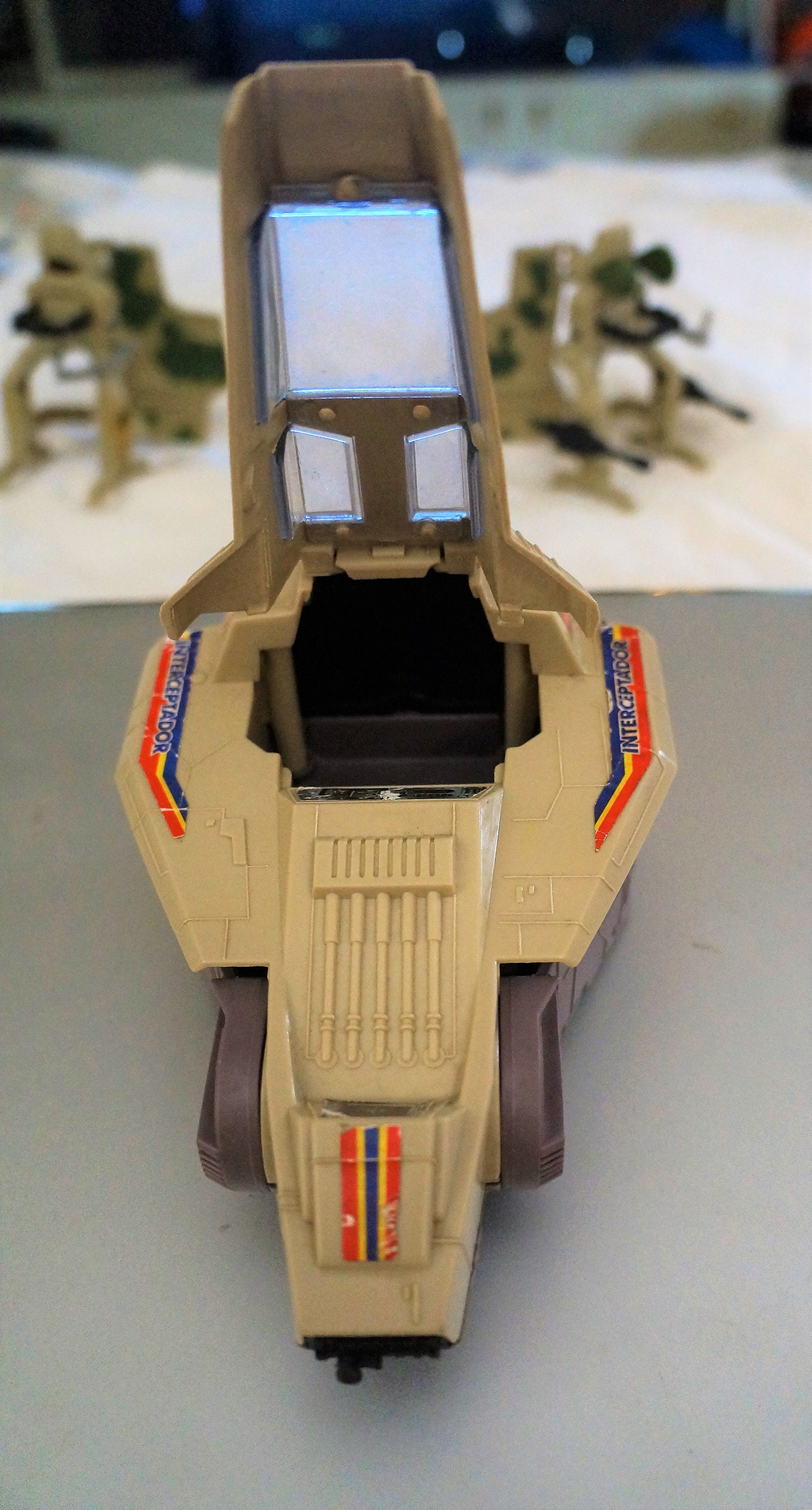 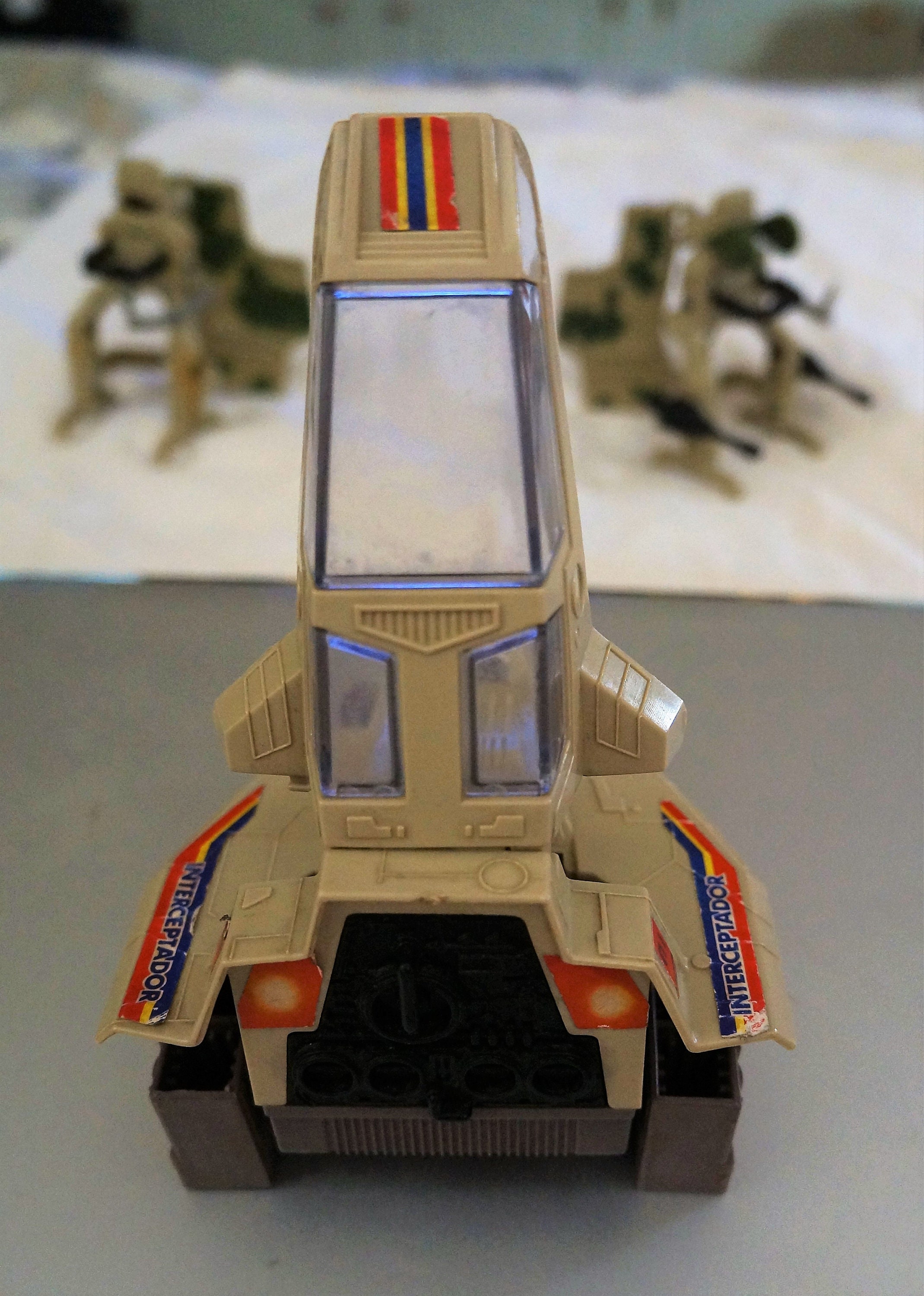 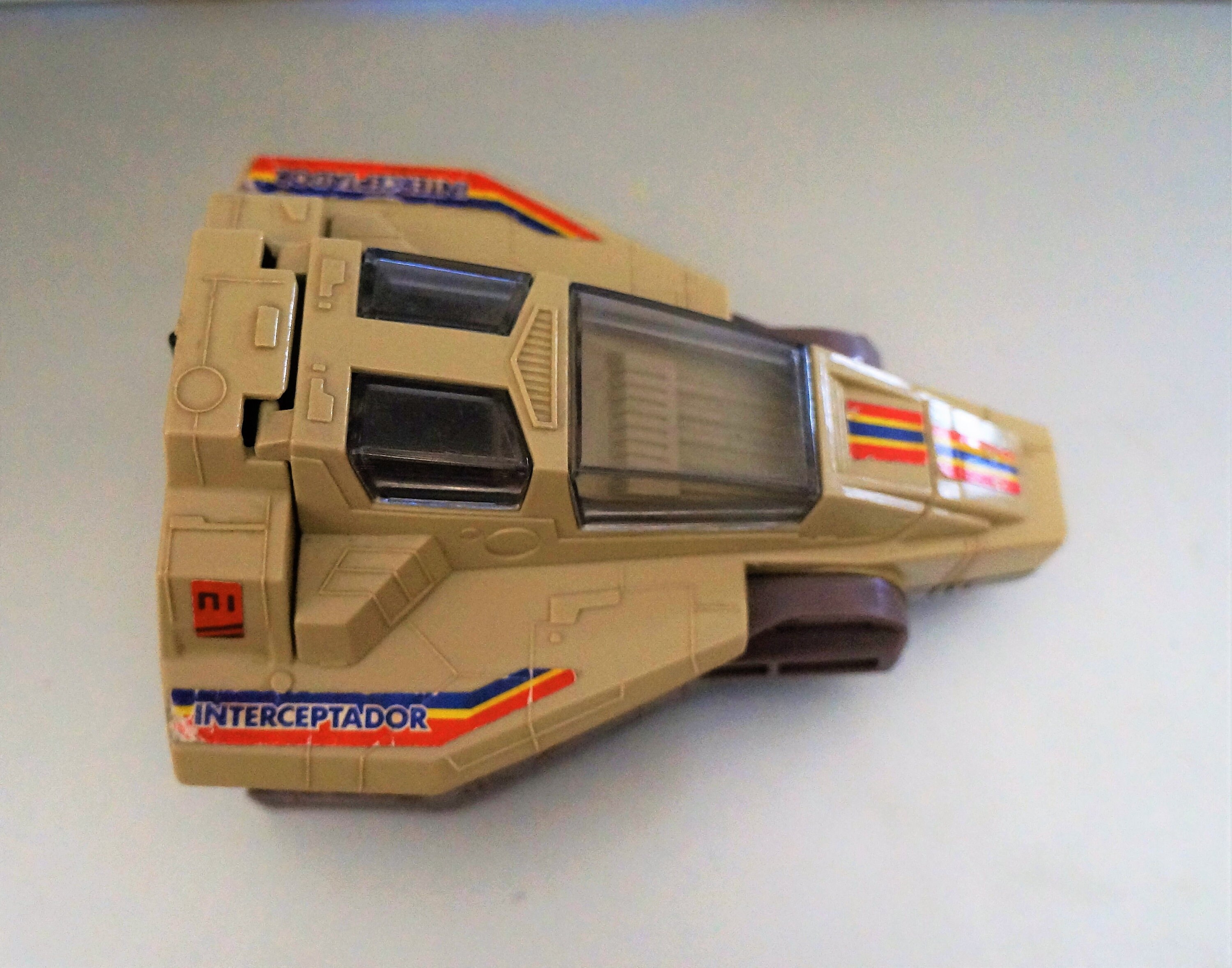 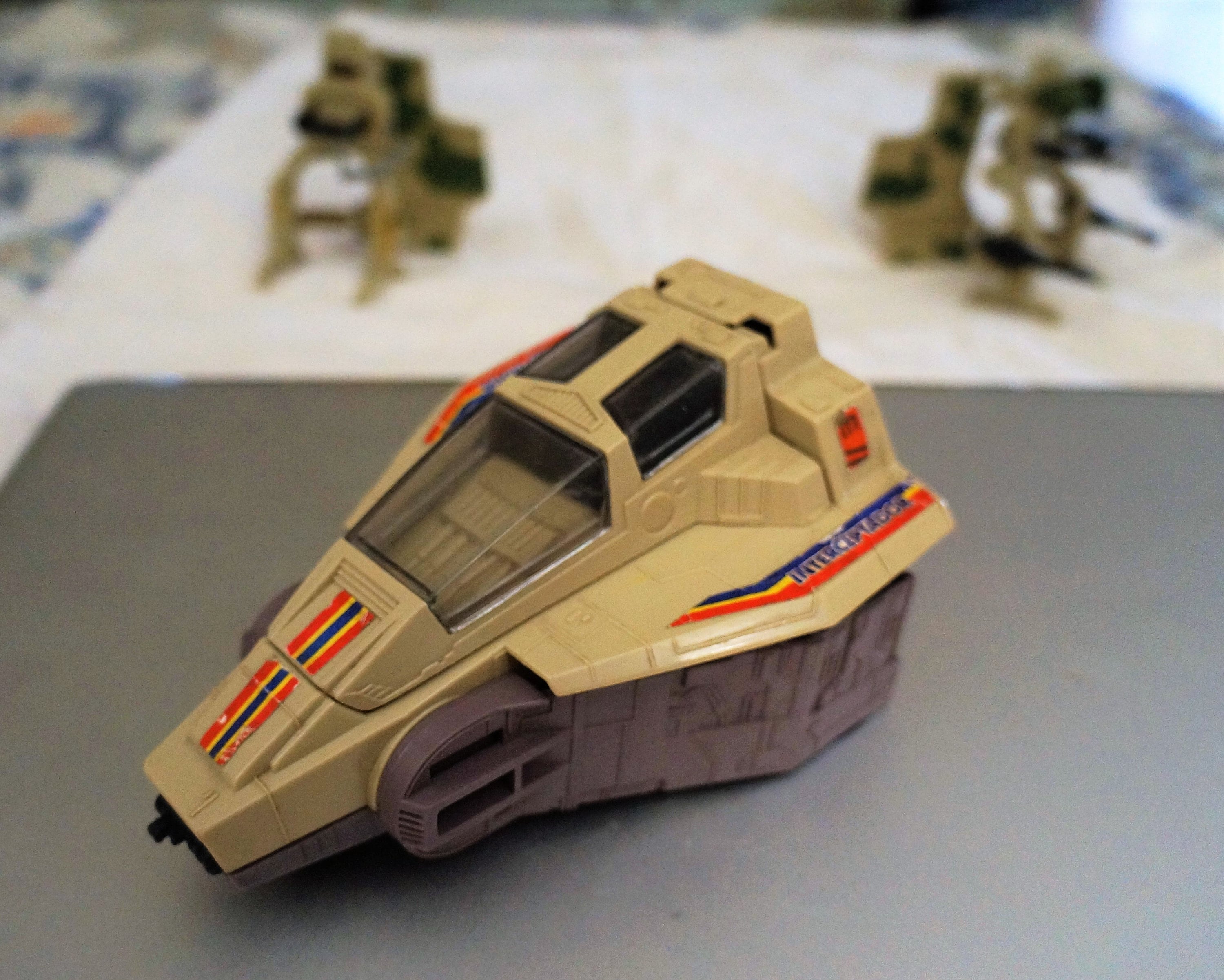 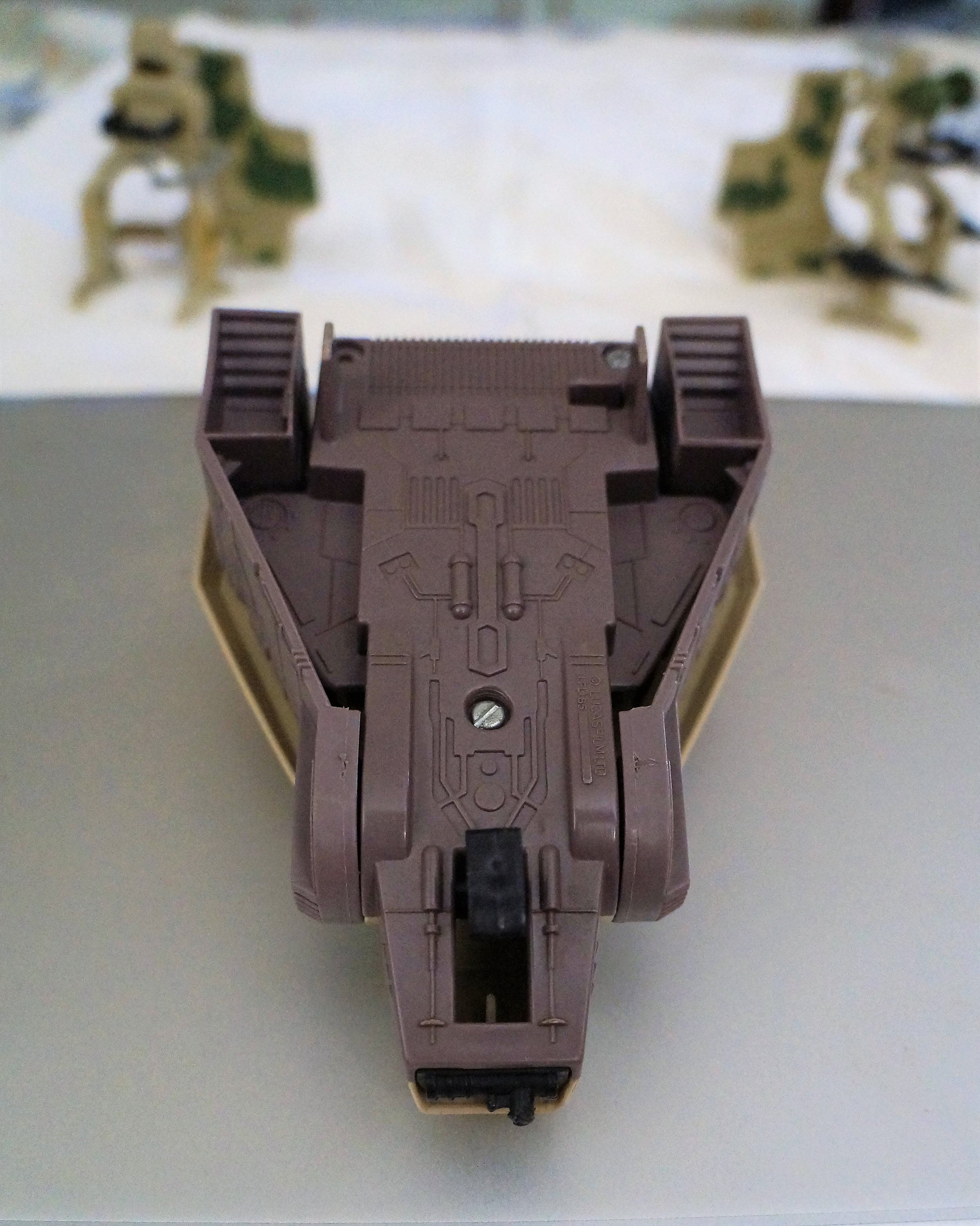 Impossibly rare, Glasslite version of one of the "last 3" ships made by Kenner. After Jedi, and after the Power of the Force lines, Kenner produced three ships for the Droids cartoon series -- the Side Gunner (we have several in the shop), the A Wing Fighter, and the ATL (Air-To-Land) Interceptor. Then they stopped. ATLs are rare as can be. And this one is from Brazil, made by Glasslite (hence the stickers say "Interceptador" instead of "Interceptor"). This ATL is complete (save for one screw on the bottom which has no impact, and the front guns are busted) and all the functions work well. The ship and glass are in good shape, with the stickers showing a bit of wear. Interestingly, the stickers on the Glasslite version are different than the domestic version (and not just because they say Interceptador). The Glasslite version has more stickers, and they are brighter and more detailed than the domestic version. Fantastic piece.