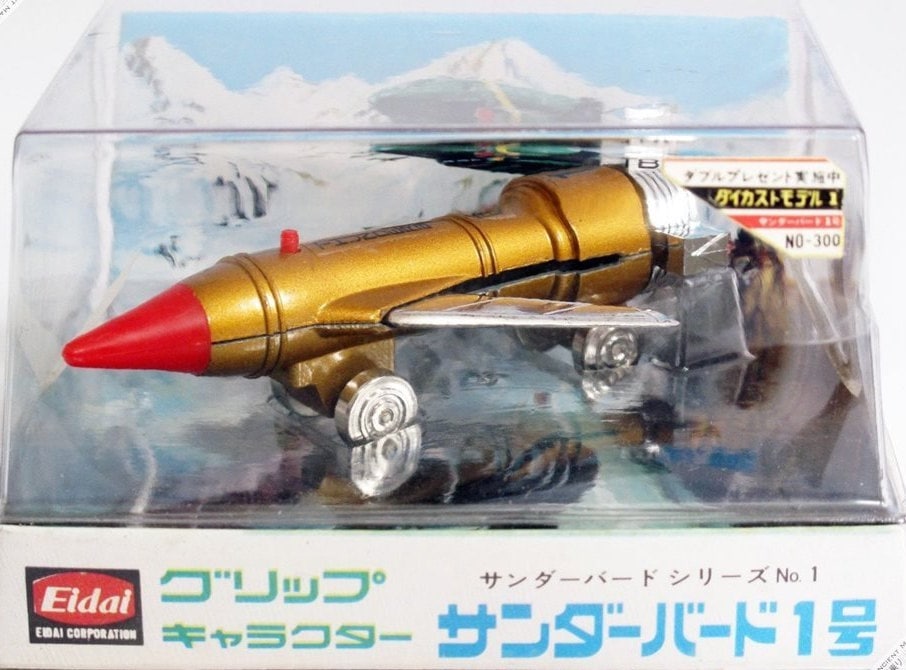 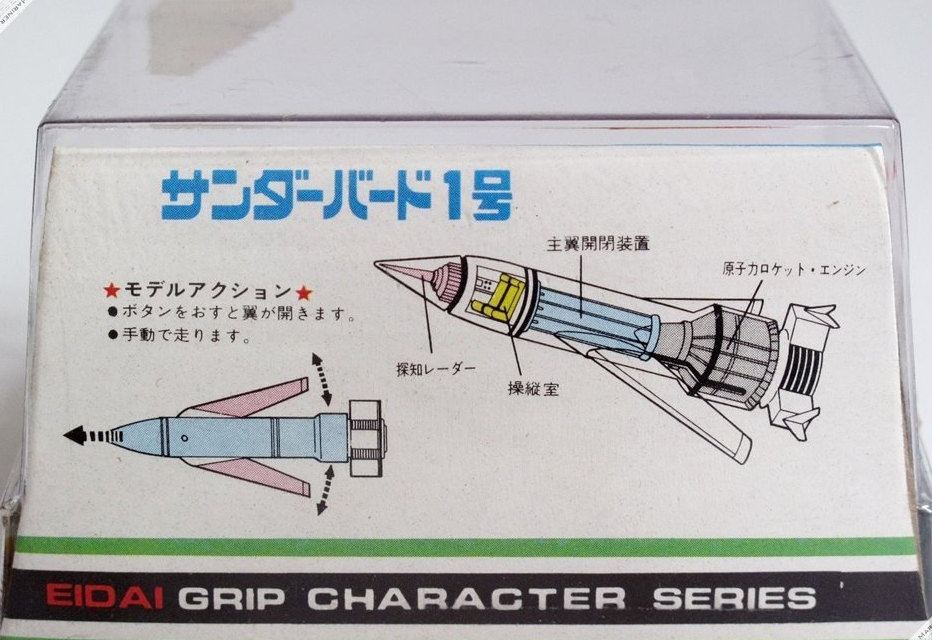 Thunderbirds are GO!!!! Thunderbirds is a British science-fiction television series created by Gerry and Sylvia Anderson, filmed by their production company AP Films (APF) and distributed by ITC Entertainment. It was produced between 1964 and 1966 using a form of electronic marionette puppetry (dubbed "Supermarionation") combined with scale model special effects sequences. (You might recognize pretty much the same technology and style in the classic Team America.) Two series were filmed, comprising a total of thirty-two 50-minute episodes; production ceased following the completion of the second series' sixth episode when Lew Grade, the Andersons' financial backer, failed in his efforts to sell the program to American network television.

Set in the mid-2060s, Thunderbirds is a follow-up to the earlier Supermarionation productions Four Feather Falls, Supercar, Fireball XL5 and Stingray. It follows the exploits of International Rescue (IR), a life-saving organization equipped with technologically-advanced land, sea, air and space rescue craft; these are headed by a fleet of five vehicles named the Thunderbirds, and launched from IR's secret base in the Pacific Ocean. The main characters are ex-astronaut Jeff Tracy, the founder of IR, and his five adult sons, who pilot the Thunderbird machines.

Thunderbirds began its first run in the United Kingdom on the ITV network in 1965 and has since been broadcast in at least 66 other countries. Periodically repeated, it was adapted for radio in the early 1990s and has influenced many TV programs and other media. As well as inspiring various merchandising campaigns, the series has been followed by two feature-length film sequels (Thunderbirds Are Go and Thunderbird 6, released in 1966 and 1968 respectively), a 2004 live-action film adaptation and a mimed stage show tribute. If you haven't seen Thunderbirds Are Go!, you should, if for no other reason than the fact that they took about ten minutes for the initial launch sequence in what seems to be a warping of real time. That and Parker's delivery on "Yes, muhlady."

Widely considered to be the Andersons' most popular and commercially successful series, Thunderbirds has received particular praise for its effects (directed by Derek Meddings) and musical score (composed by Barry Gray). It is also well remembered for its title sequence, which opens with an often-quoted countdown by actor Peter Dyneley (who voiced the character of Jeff): "5, 4, 3, 2, 1: Thunderbirds Are Go!" A real-life rescue service, the International Rescue Corps, is named after the organization featured in the series.

Now the details on this awesome little micro, a scale die cast Thunderbird 1 c. 1974. Beautiful, MIB NIB, never been played with. Piloted by Scott Tracy, Thunderbird 1 is asleek, variable geometry (swing wing) hypersonic rocket plane used for fast response, rescue zone reconnaissance, and as a mobile control base. Thunderbird 1 is endowed with VTOL capabilities which are demonstrated in many episodes, and its take-off from Tracy Island is most often vertical.

The length of Thunderbird 1 is a matter of debate, with various sources giving values of 80, 100 and 115 feet (24, 30 and 35 m). However, the last figure is now generally accepted, placing the aircraft wingspan at 80 feet (24 m). With a maximum speed of 15,000 miles per hour (24,000 km/h) (Mach 19.7), it can reach anywhere on Earth within an hour's flight if a great circle route can be flown. Thunderbird 1 is hangared beneath the main house on Tracy Island, and launches vertically from a pad camouflaged by a swimming pool which slides aside. The aircraft is primarily piloted by Scott Tracy, with Alan taking his place when he is unavailable as Thunderbirds 1 and 3 are rarely required on the same mission (such as in the episode "Atlantic Inferno," where Scott, as the eldest Tracy brother, takes charge while Jeff is on holiday). Jeff described it as "sleek, first and fast" at the beginning of Thunderbird 6. As the reconnaissance craft, it featured in virtually every episode of the series as a means of assessing what vehicles would be required for a rescue.

One of the most popular gaffes noticed amongst Thunderbirds fans is the pilot's ability to control almost all of the many functions of the rocket by simply moving one of the two control levers forward or back. This is explained by other Thunderbirds fans as a precursor to the current system of electronic joystick controls that are backed up by sophisticated avionics computers.

Thunderbird 1 appears in the 2004 live action film Thunderbirds, where it has an updated look similar to the original; coloured silver grey, with blue and yellow detailing and red nose cone.

In "The Uninvited," Thunderbird 1 was shot down by the Zombite Fighters and crashed into the desert, but Scott was soon found by two explorers.

In the series Thunderbirds Are Go, Thunderbird 1 retains the same role it has in the original series. However, like all of the Thunderbirds, it is able to be piloted remotely via Scott's wrist console. Thunderbird 1 also possesses an electromagnetic cable that can be fired from the open cargo bay, allowing it to lift or tow objects. The electromagnet at the end of the cable can be swapped for a clip.