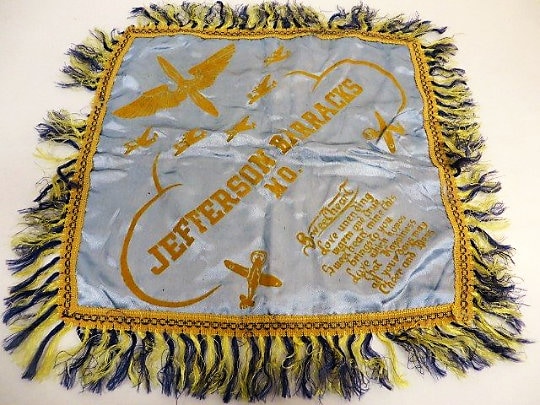 Lovely old silk/satin WW2 sweetheart pillow from Jefferson Barracks, Missouri. During World War II, Jefferson Barracks was a major reception center for U.S. troops being drafted into the military, then became the first U.S. Army Air Corps Training Site. This is the "flyboys" version of the pillow featuring WW2 era piston-engine fixed wing fighters. Jefferson Barracks was an active military installation south of St. Louis on the banks of the Mississippi River from 1826-1946.