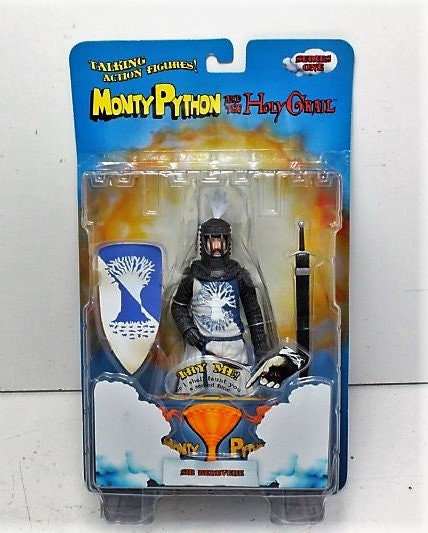 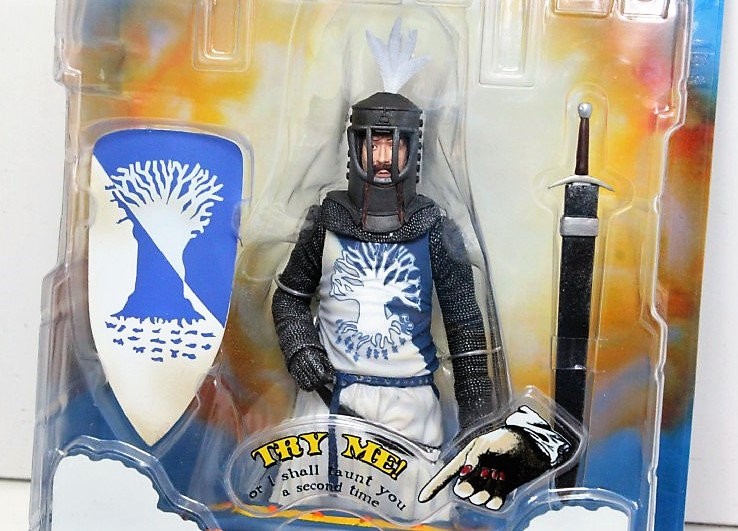 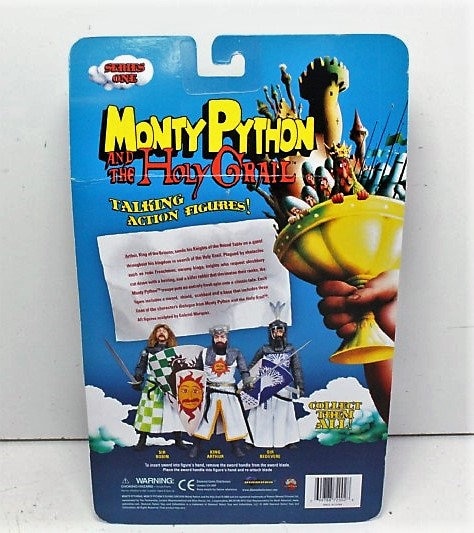 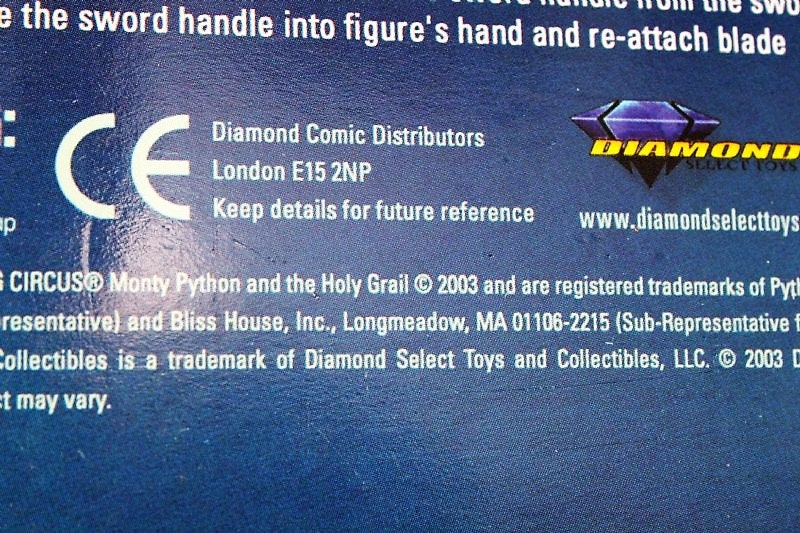 Terry Jones as Sir Bedevere, the first knight to join Graham Chapman's Arthur, King of the Britons (king of the who?), may lead the funniest scene in the entire Holy Grail film, if such a thing is possible -- the witch interrogation. And what else floats on water? Wood! Very small rocks! Churches? A duck! . . . And therefore, if she weighs the same as a duck, she's a . . . a . . . a . . . a witch? A witch! A witch! Burn her burn her burn her!!!! Ohhh, bloody hell.

2003 by Diamond Comic Distributors, NIB MOC MIP, however, right now for some reason Sir Bedevere is not saying all his phrases, but his voice does sound great. It could be the now-15-year-old trial batteries are starting to lose a little juice.