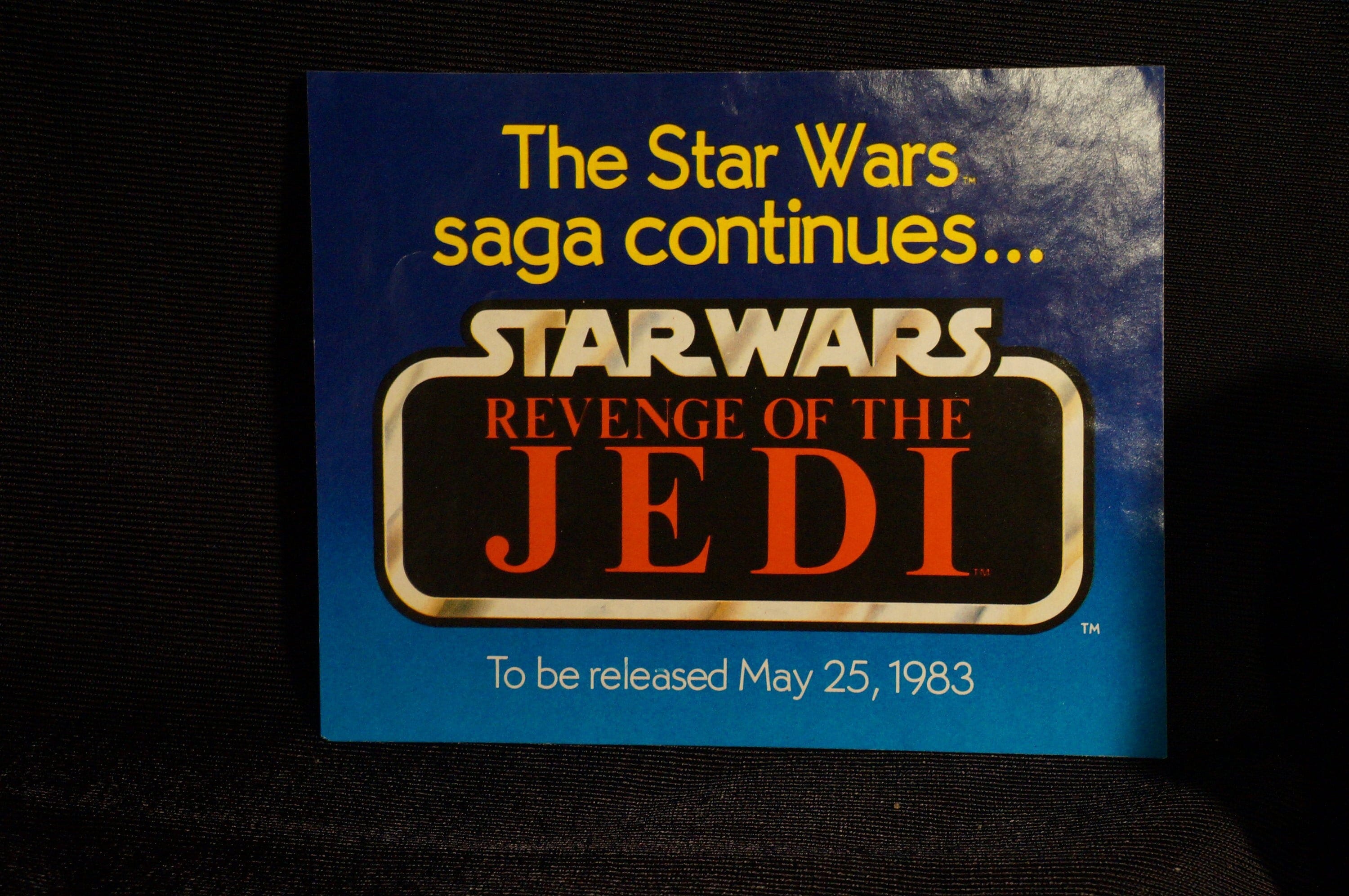 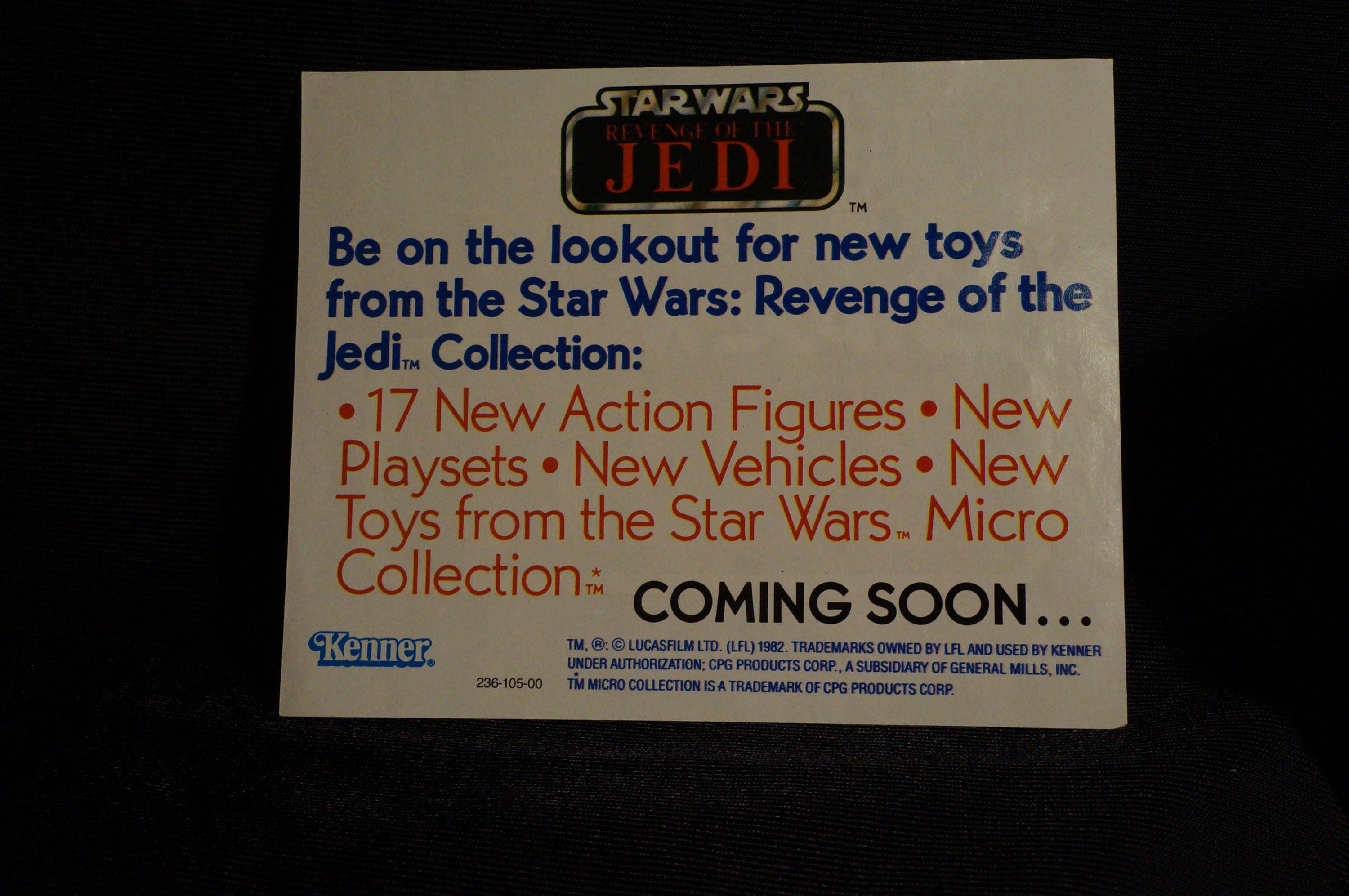 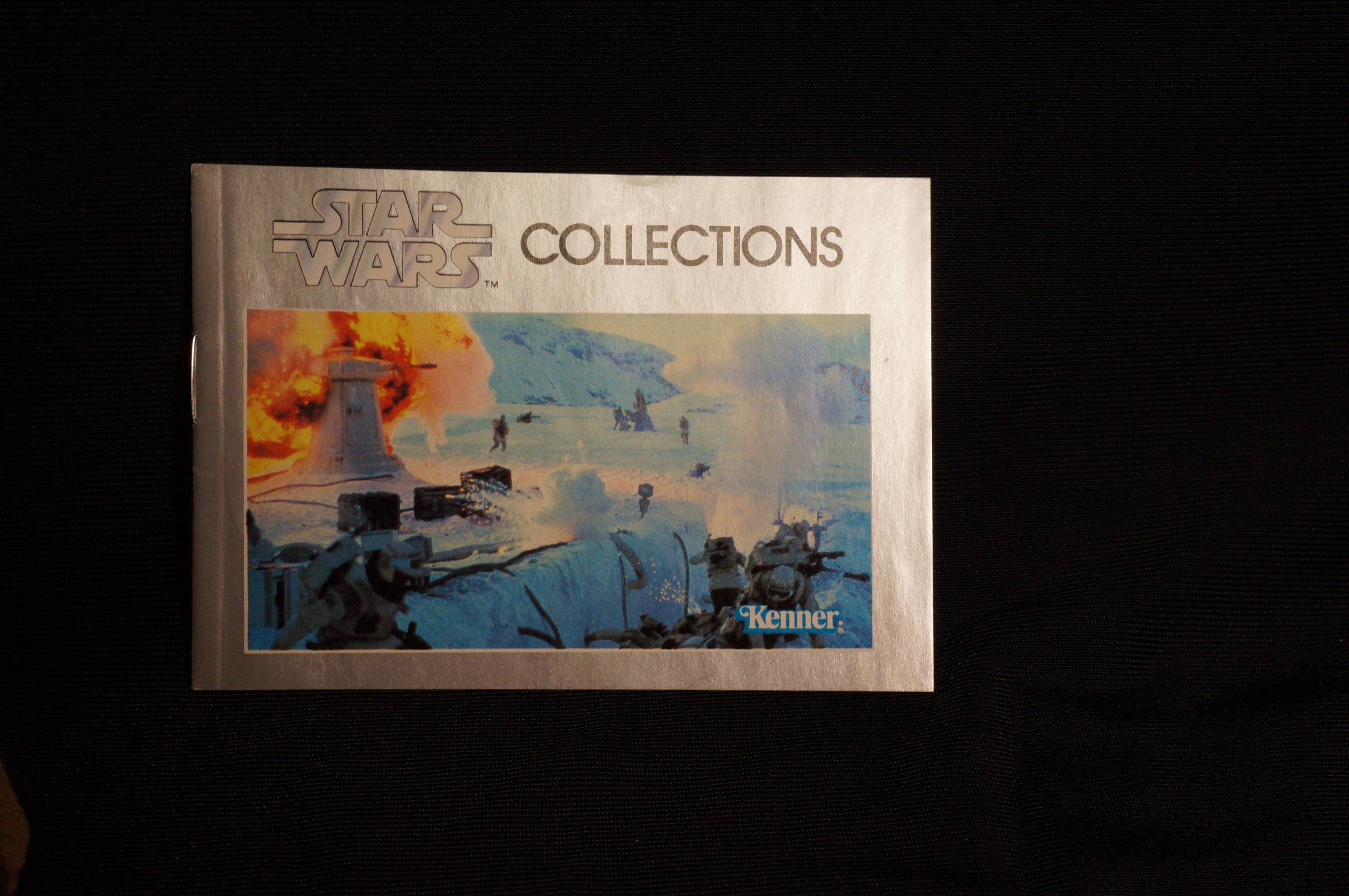 For some further backstory, here's what the SWCA.com (Star Wars Collector's Archive) explains about the short-lived history of the Kenner Micro Collection:

And here's the Star Wars Collector's Archive discussion on the background for the one-year only limited run of Micro Collection sets after the release of Empire, and hence, why they are so rare ... and the rarest of the production runs was this Falcon:

And that's what this listing is, a Build Your Armies Set, minty and fresh, with the coveted Revenge of the Jedi promo. Be the ball, Noonan.