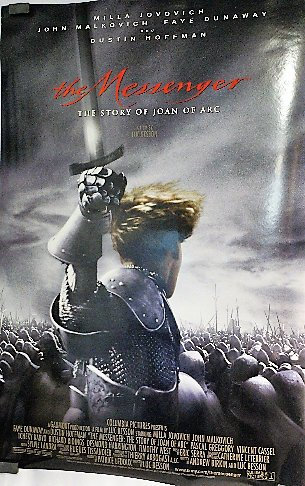 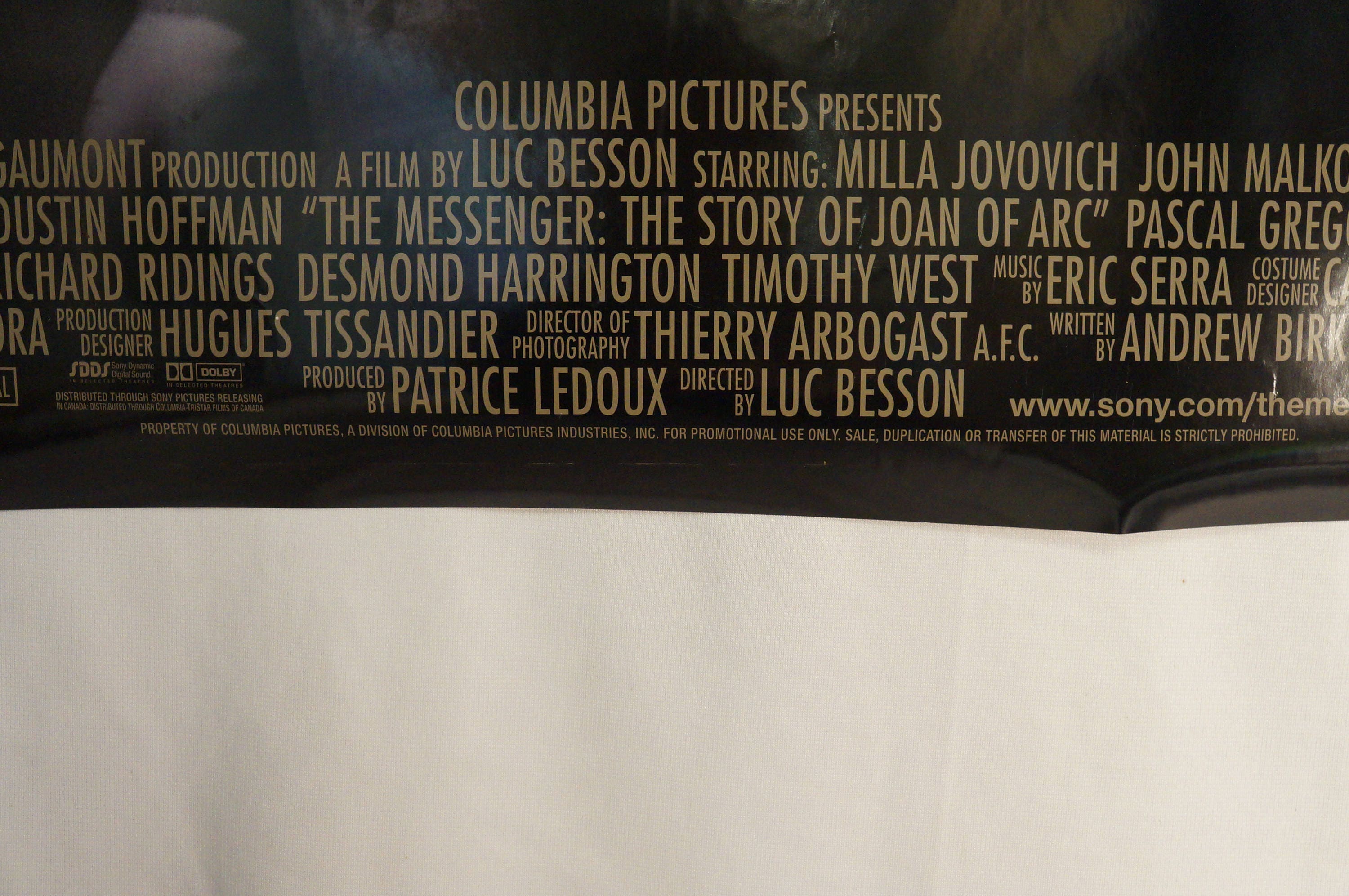 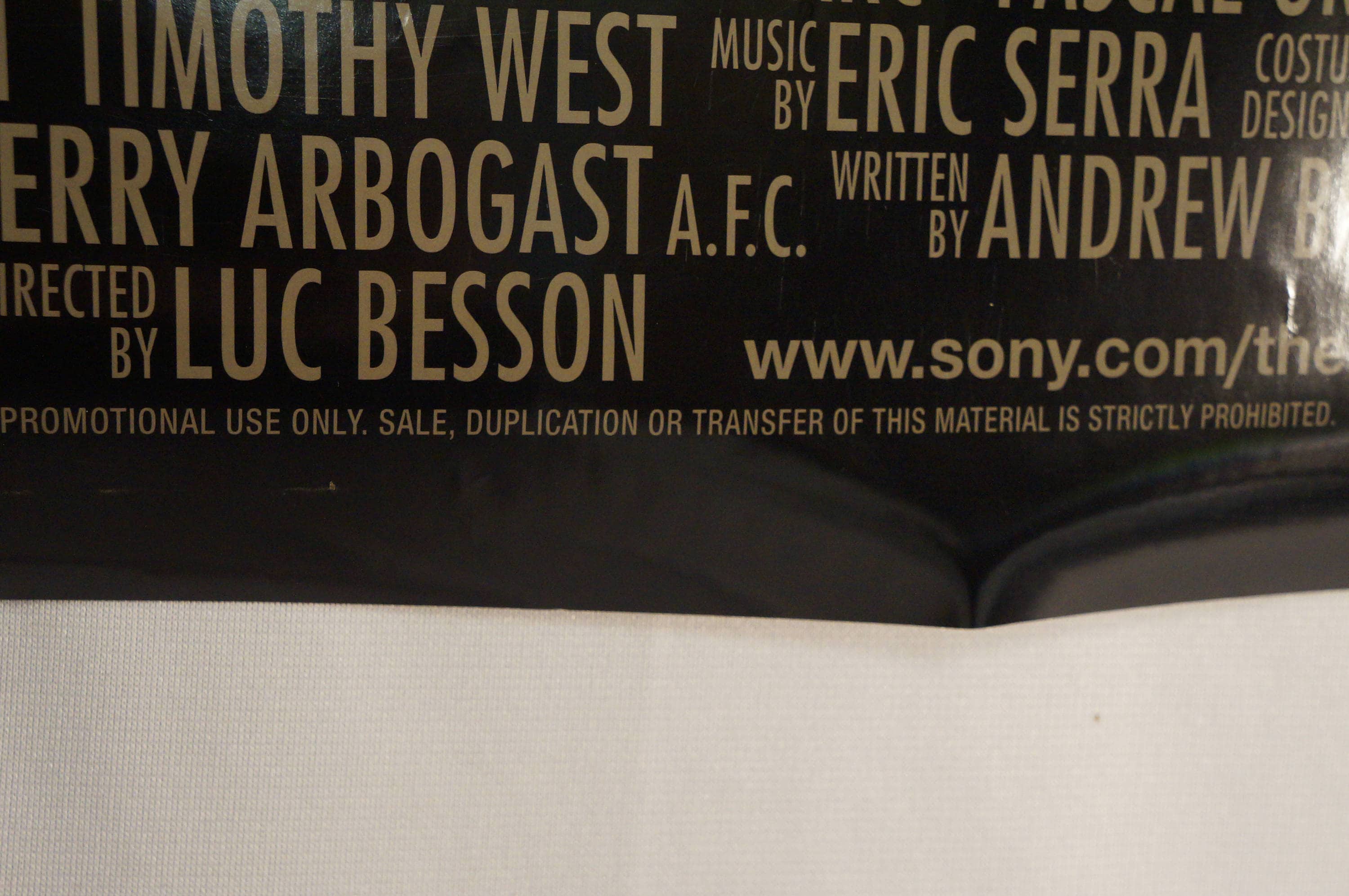 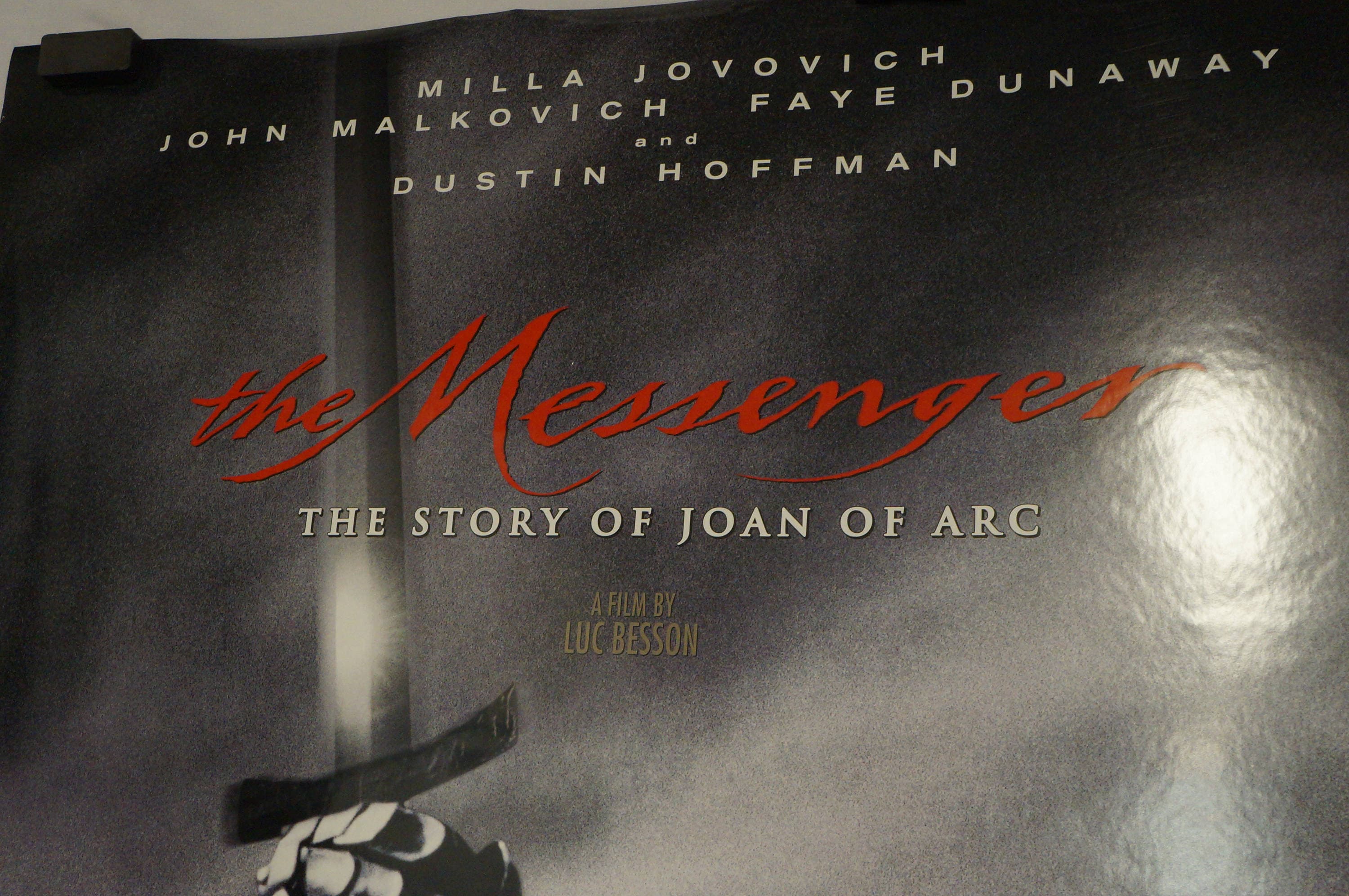 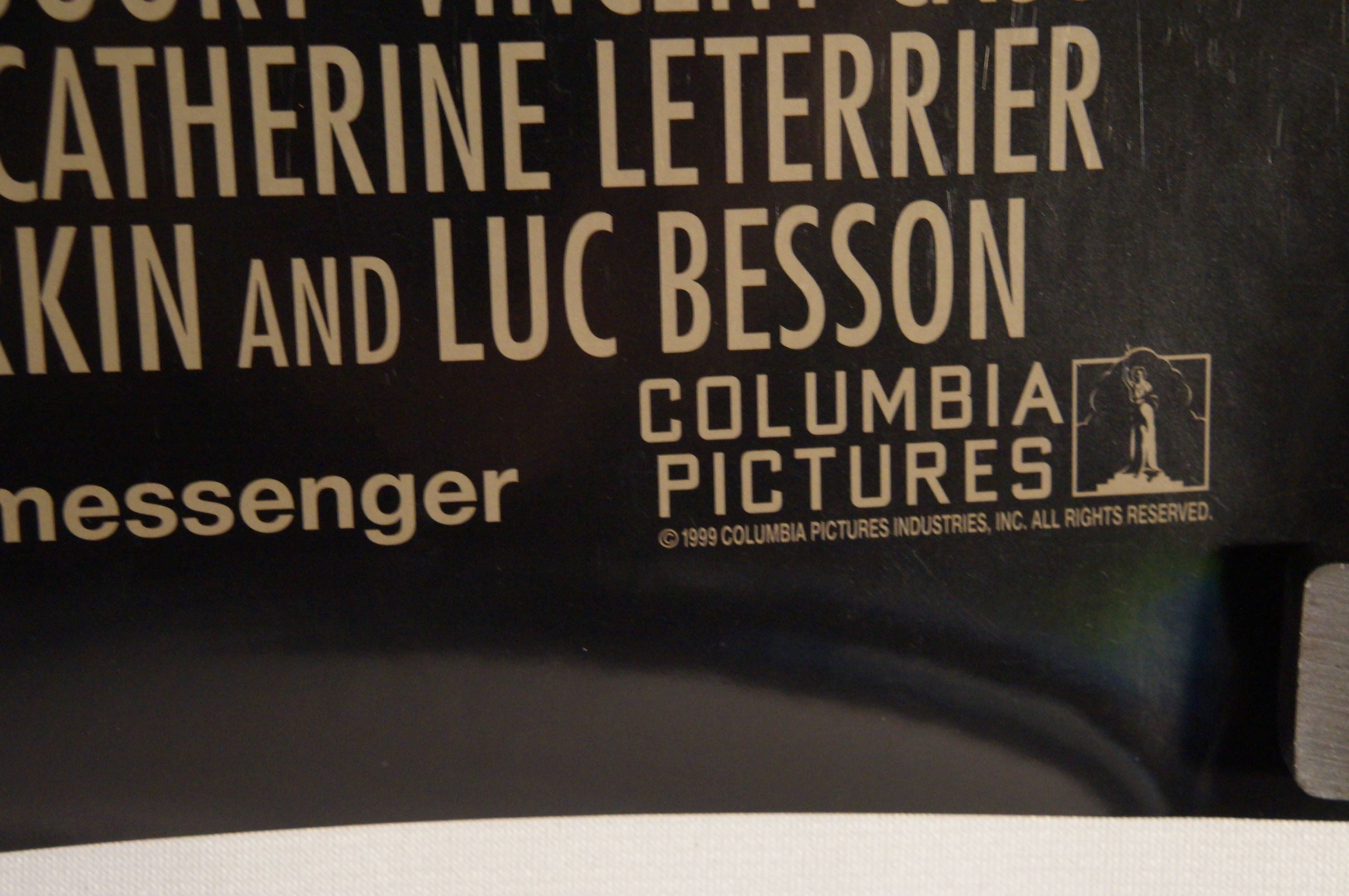 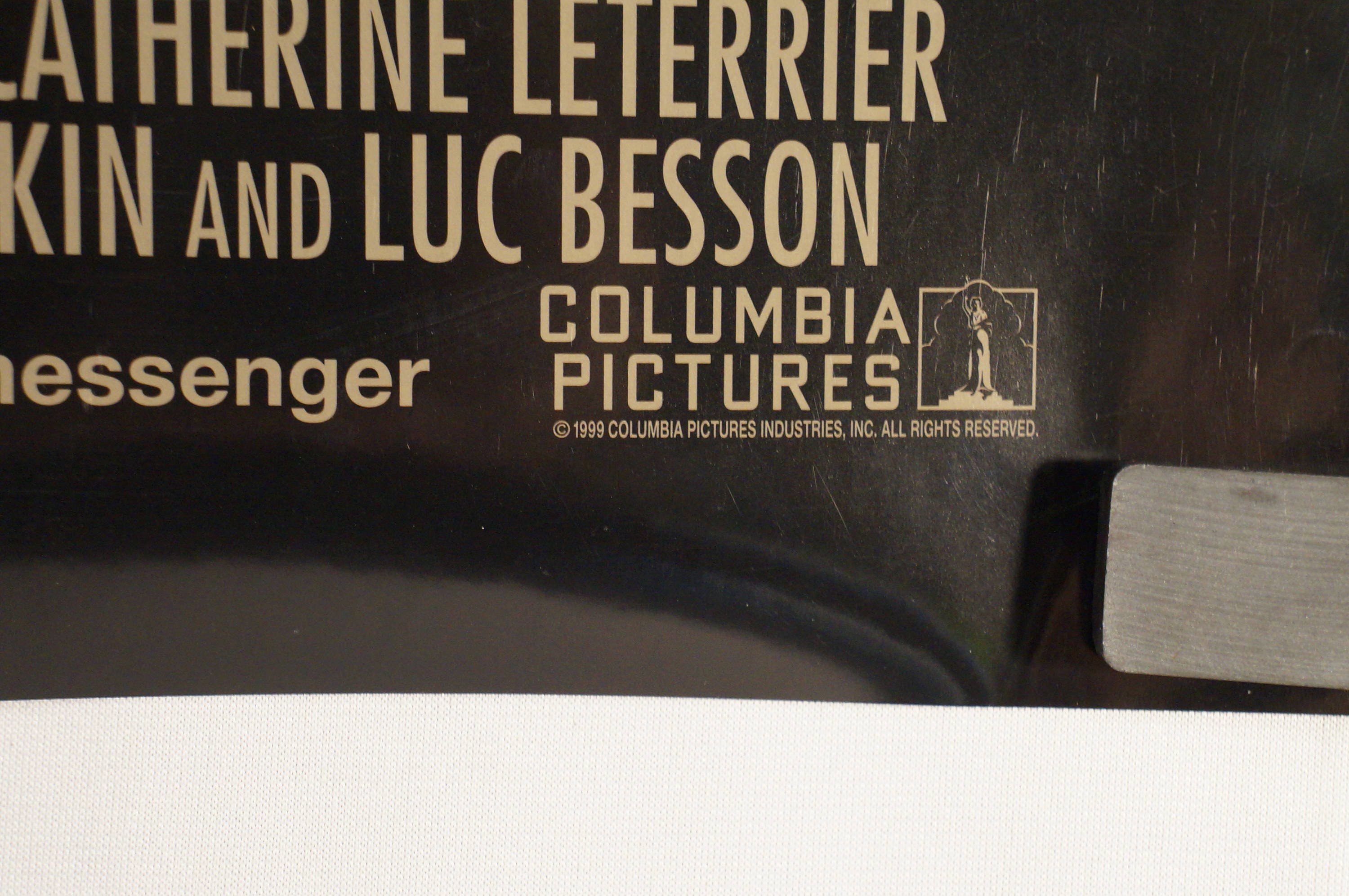 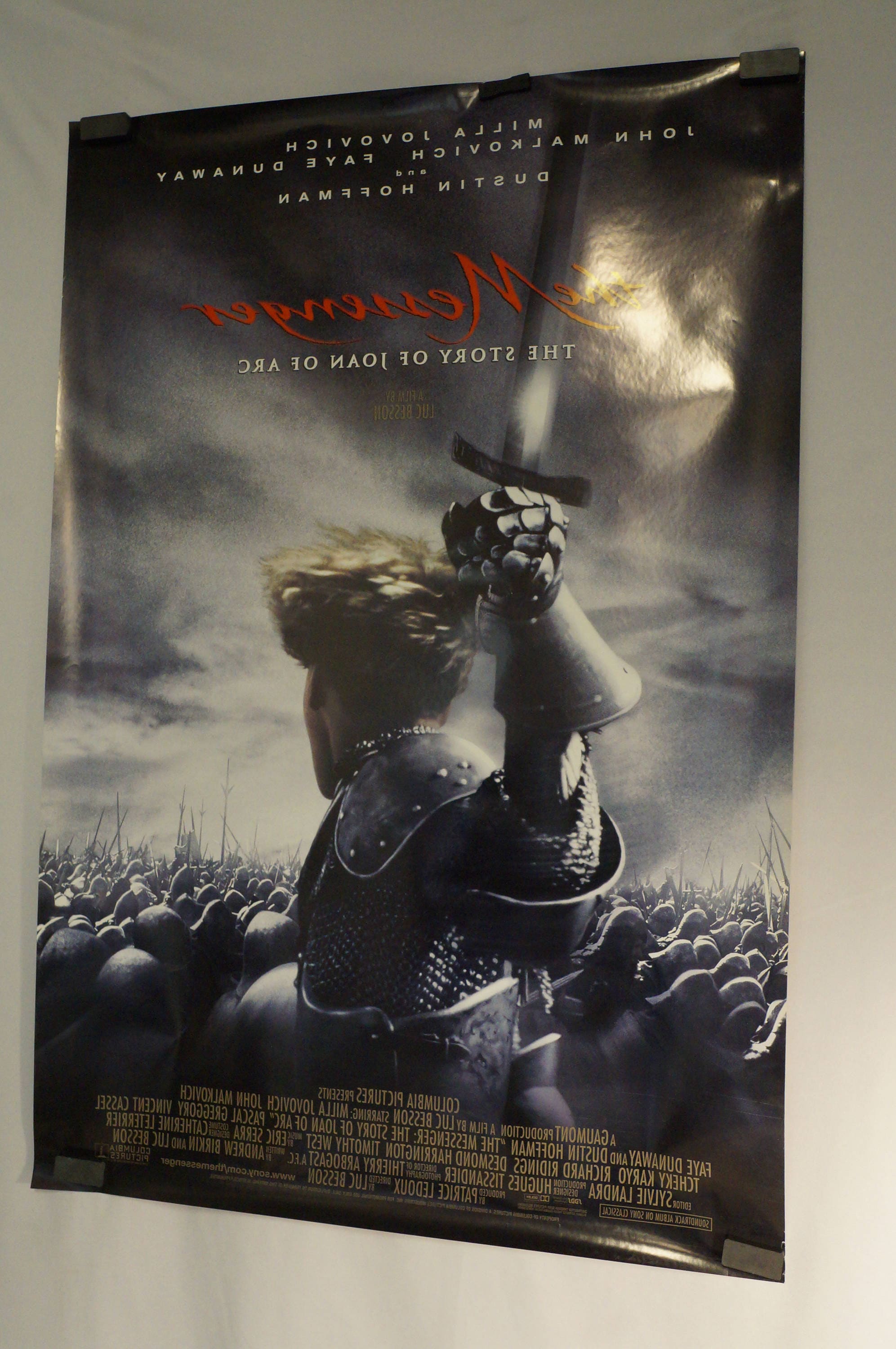 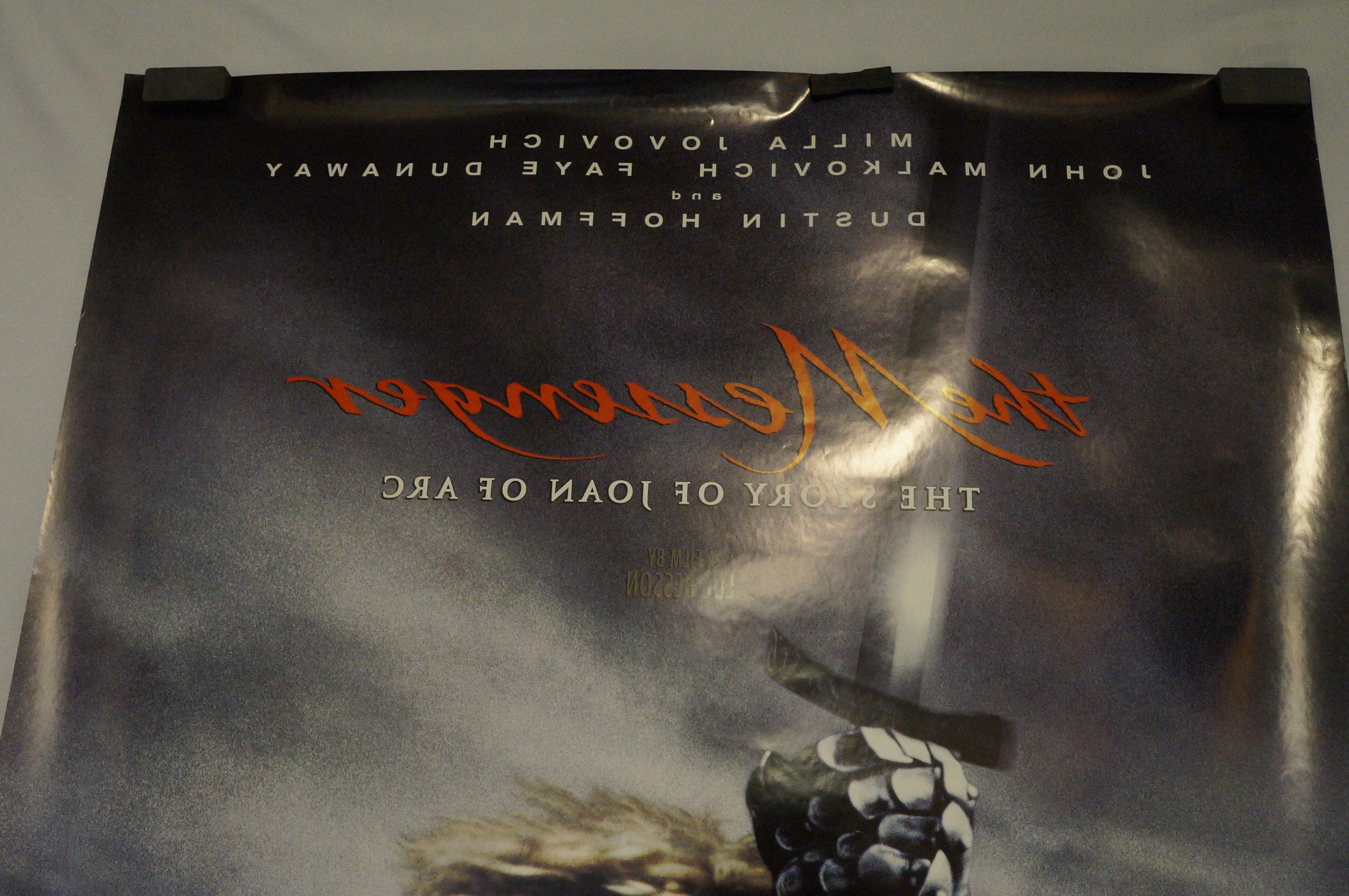 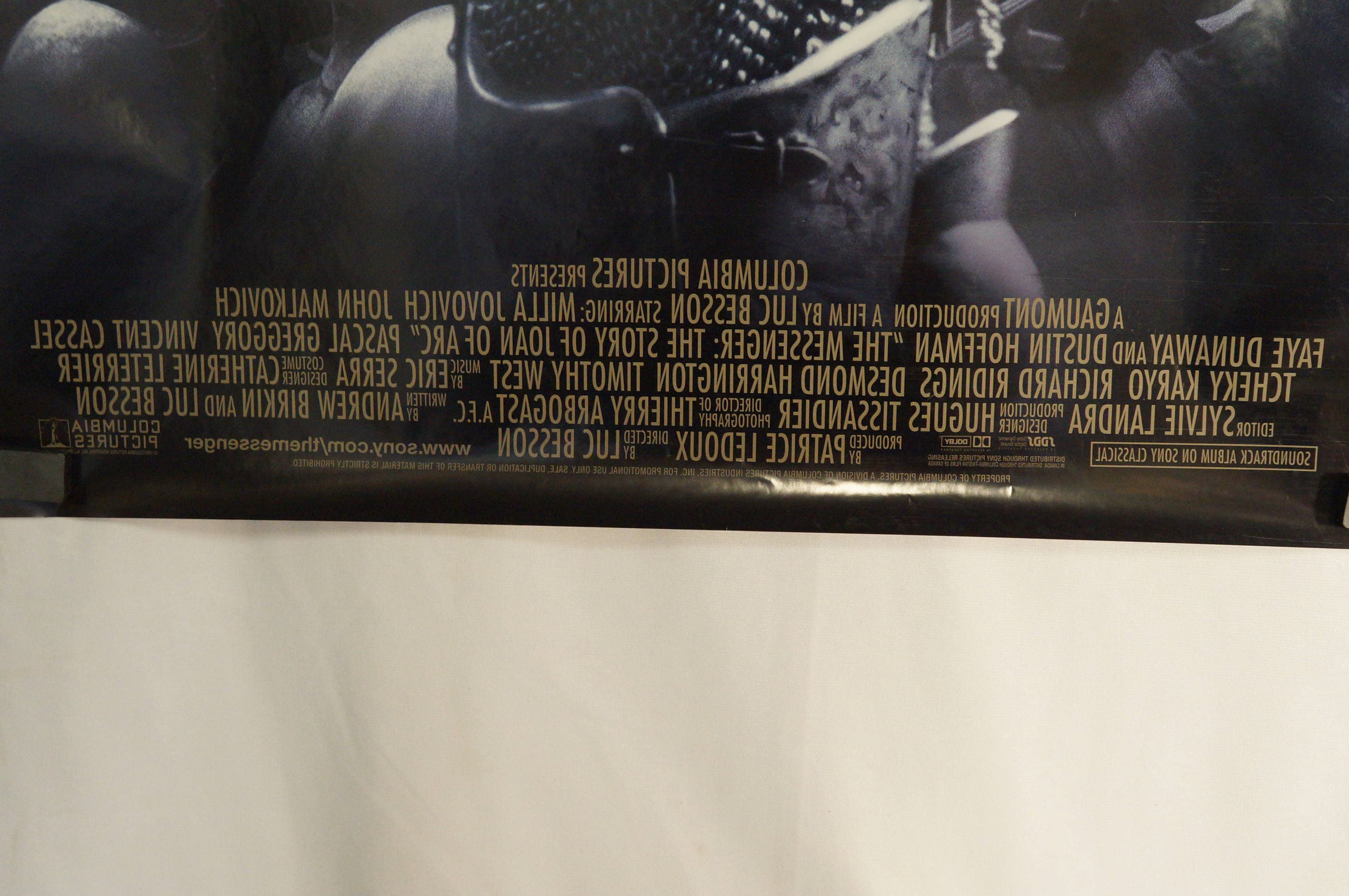 Some wear on the edges. Rolled never folded. No holes or tape.


Directed by Luc Besson. The film stars Milla Jovovich, John Malkovich, Faye Dunaway and Dustin Hoffman. The screenplay was written by Besson and Andrew Birkin, and the original music score was composed by Éric Serra.

The Messenger portrays the story of St. Joan of Arc, the French war heroine and religious martyr of the 15th century. The story begins with young Joan as she witnesses the atrocities of the English against her family, and she is portrayed as having visions that inspire her to lead the French in battle against the occupying English forces. Her success in routing the English allows Charles VII to take the throne. Eventually Joan is captured by the English, tried and executed for heresy.