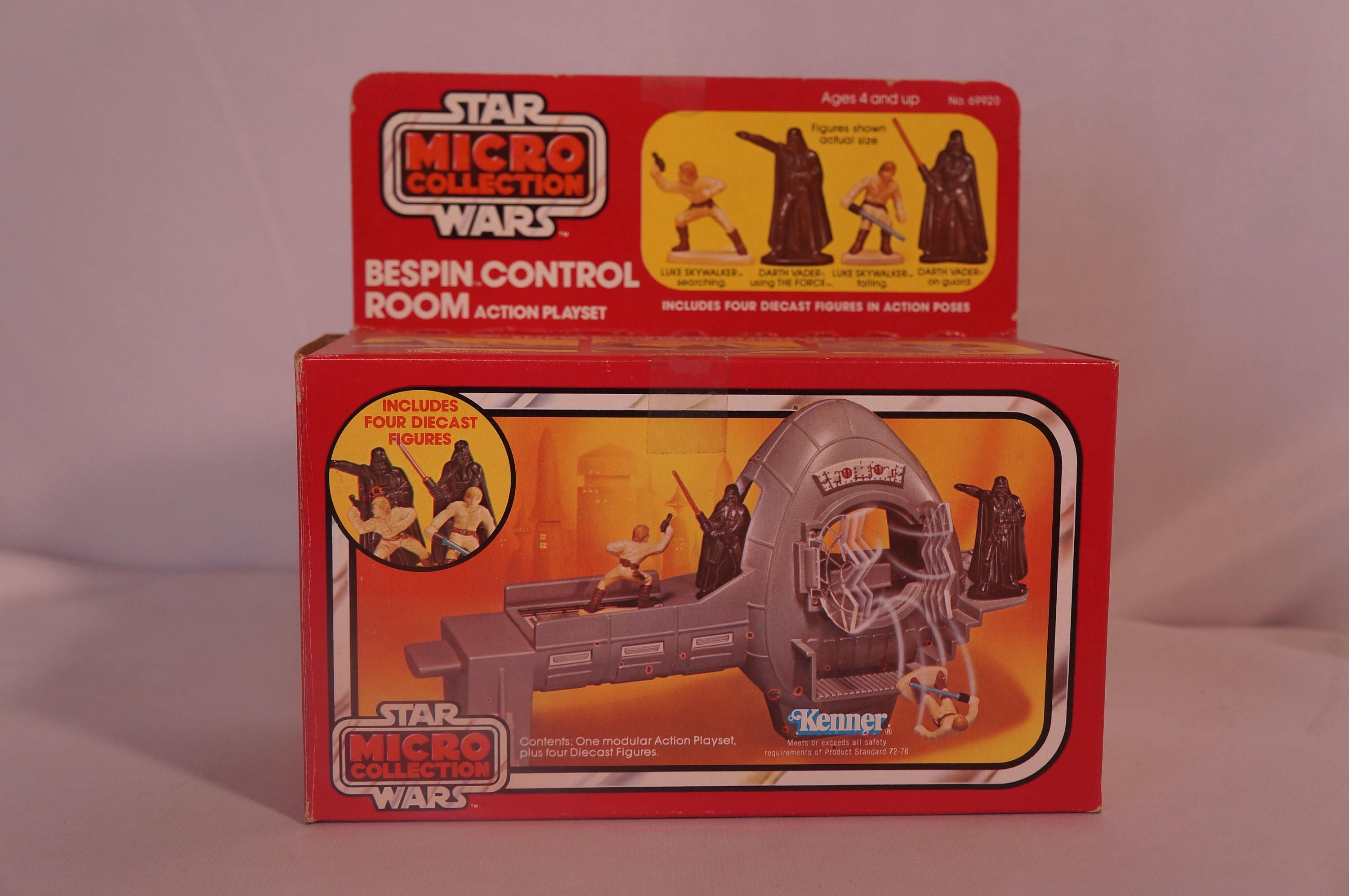 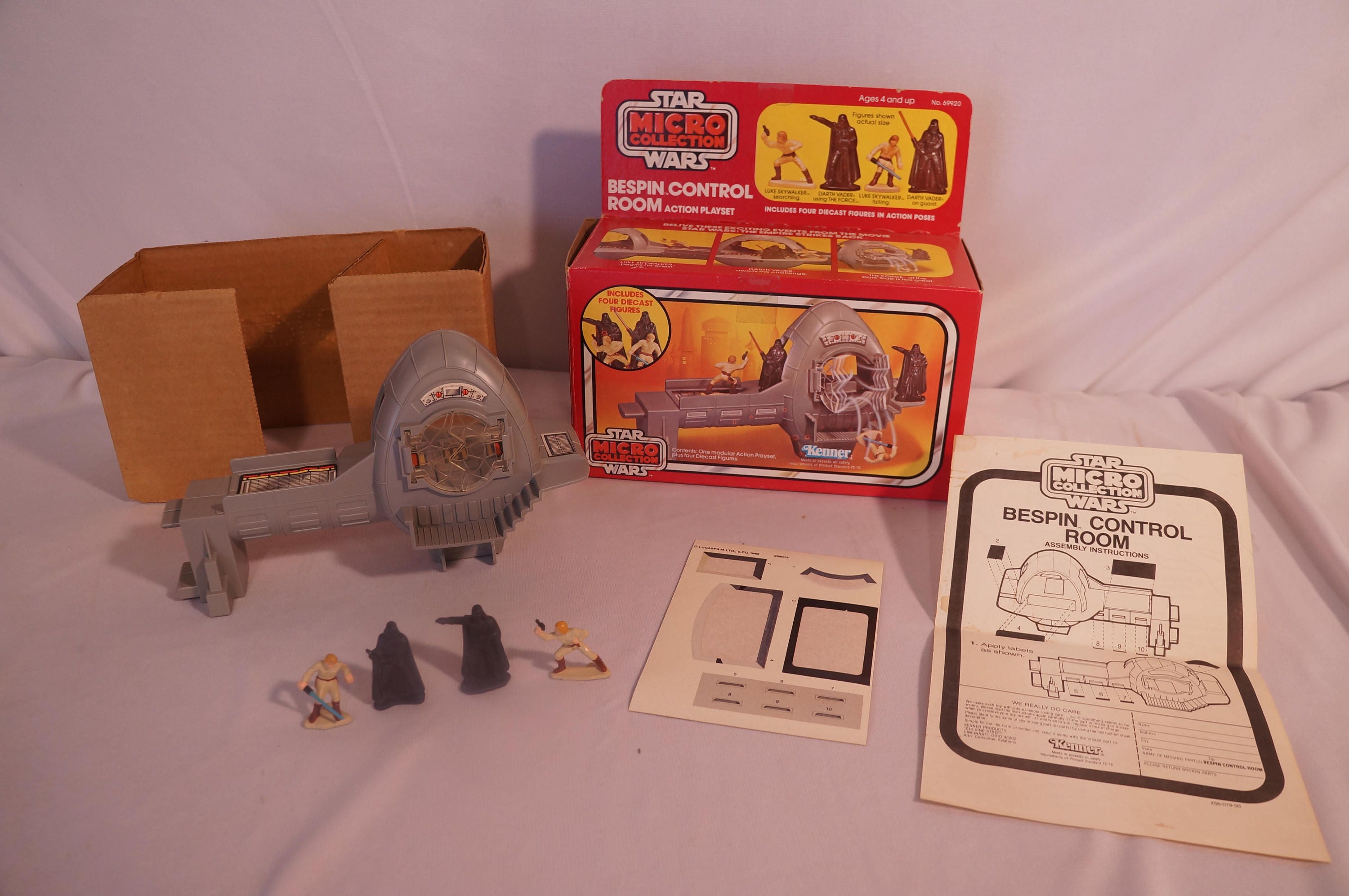 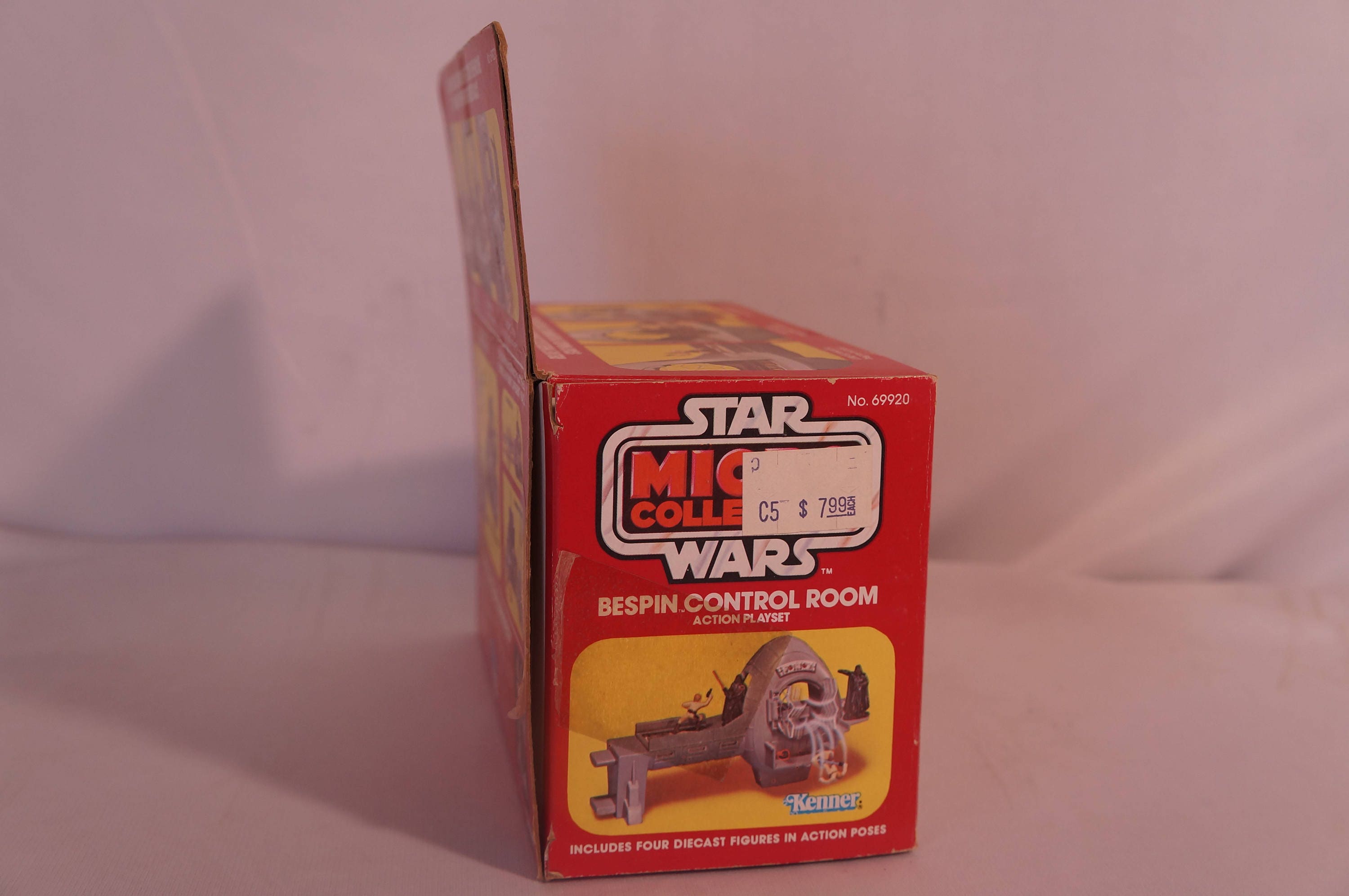 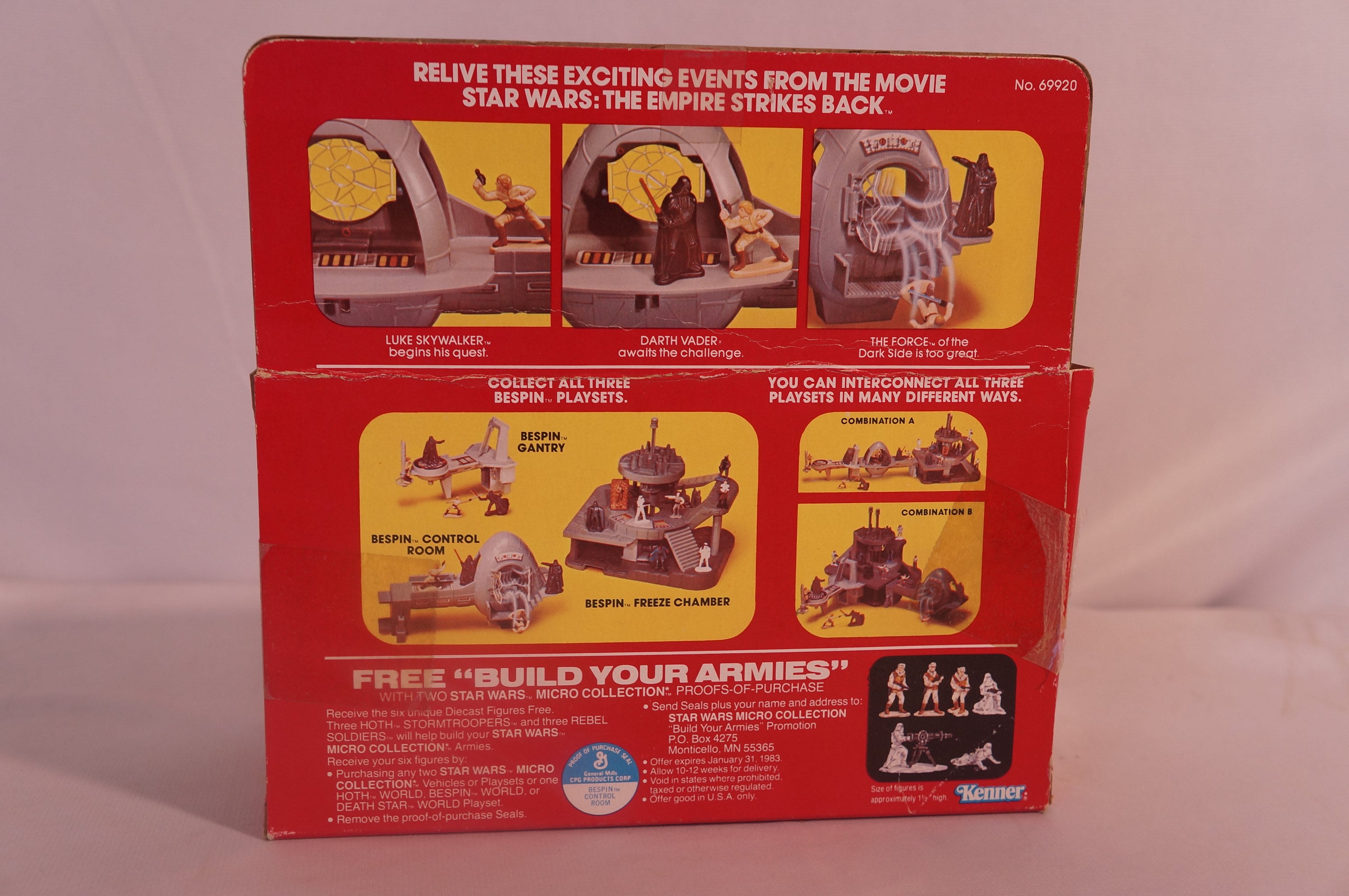 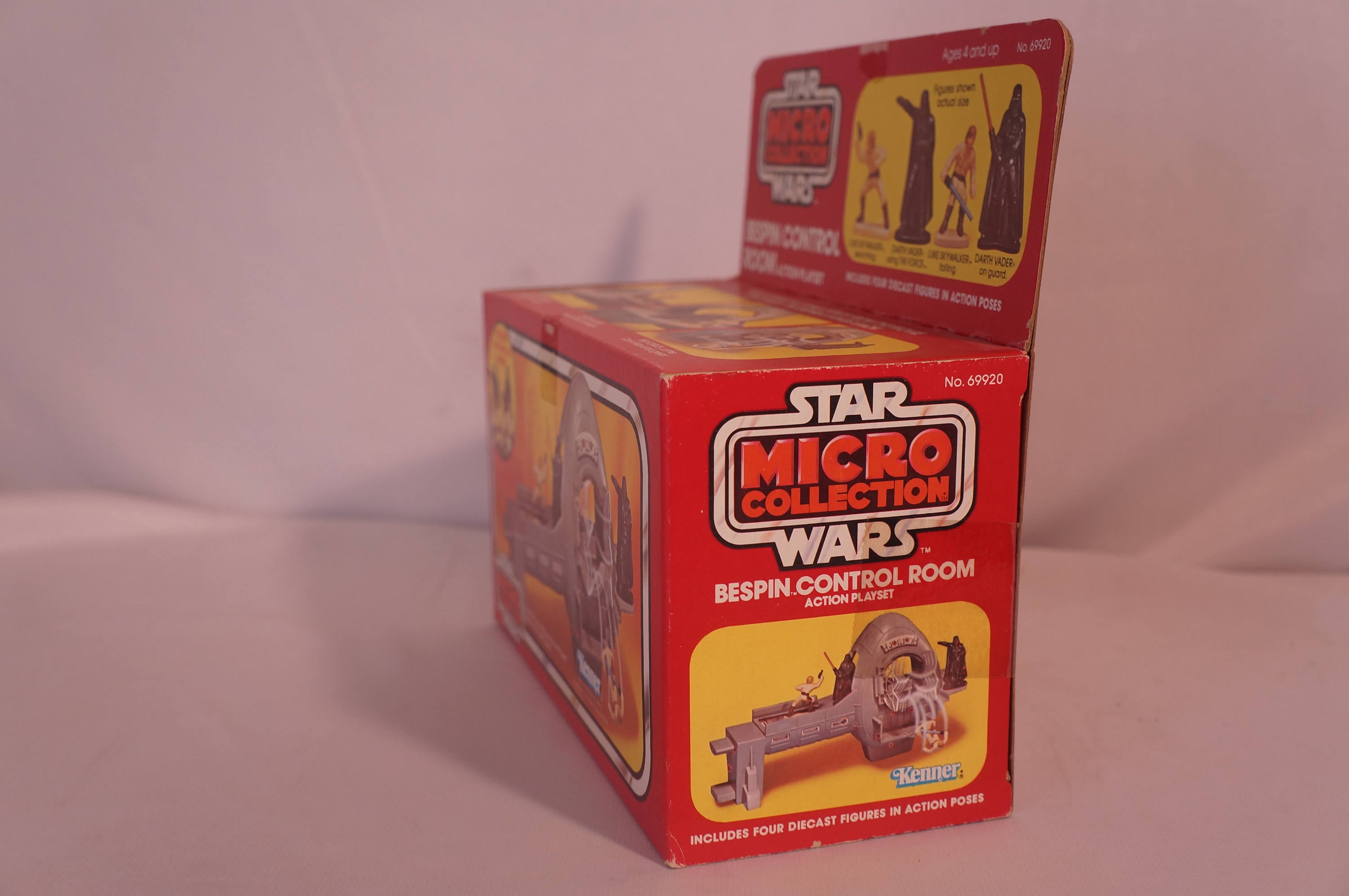 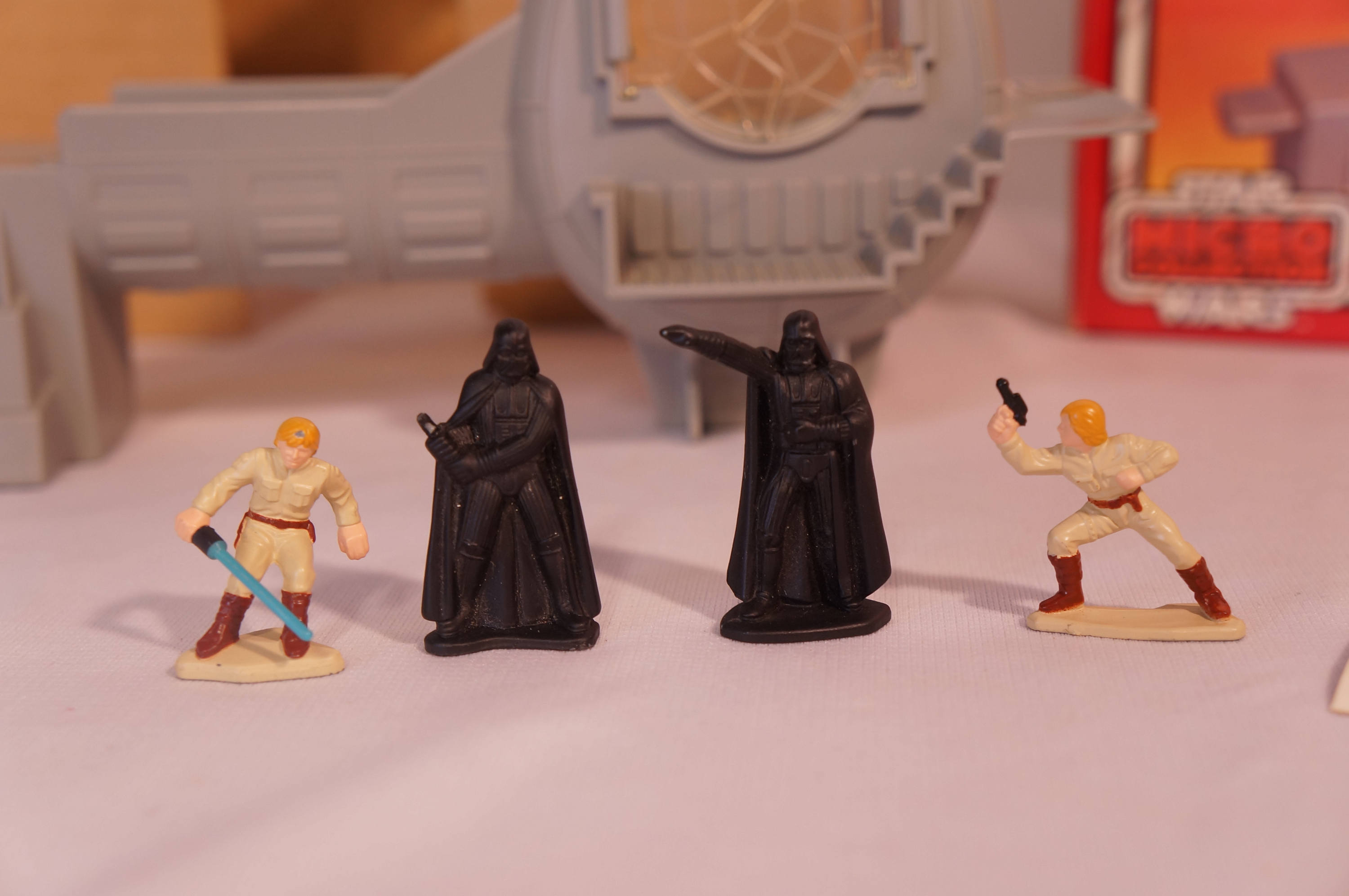 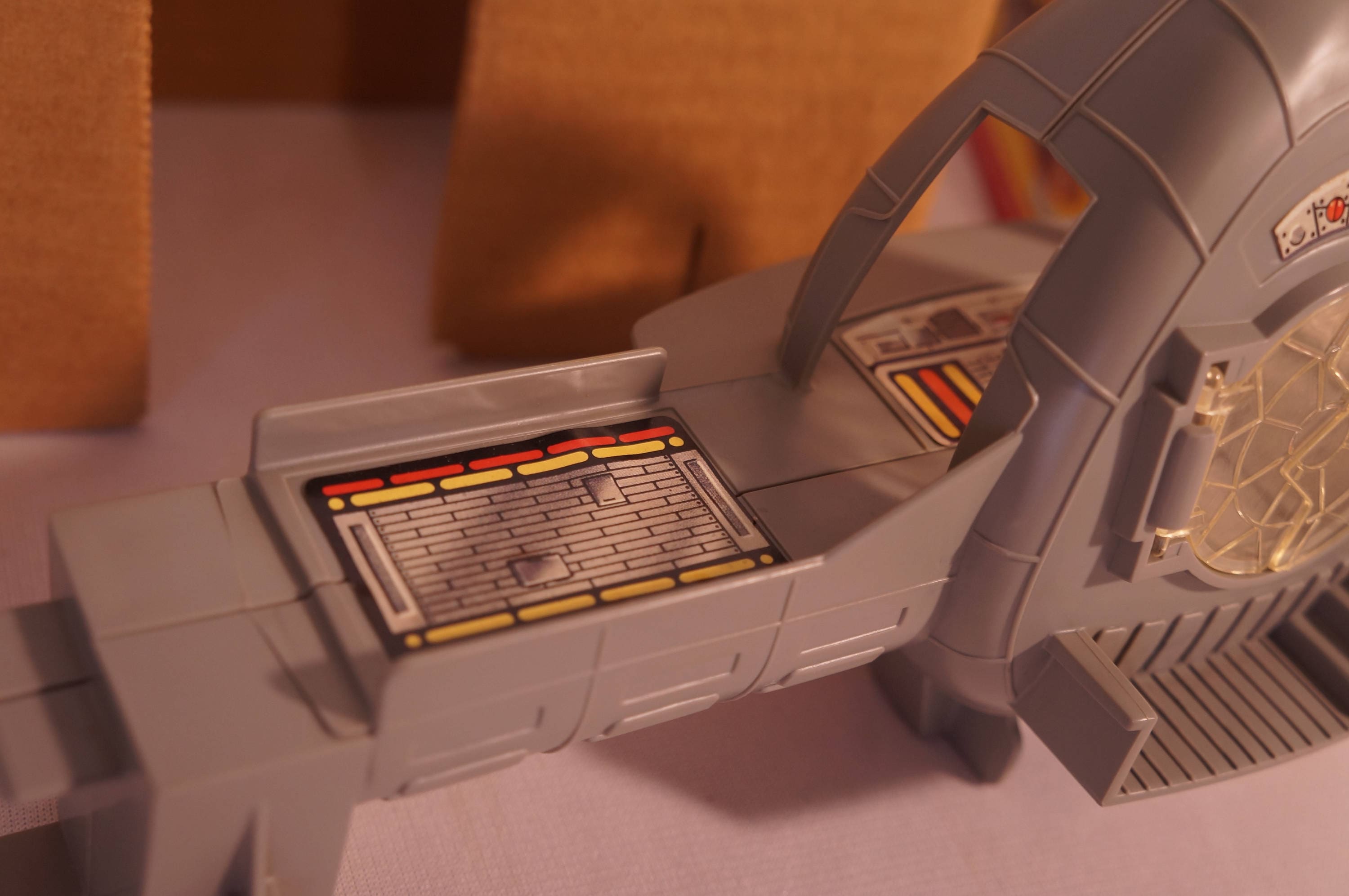 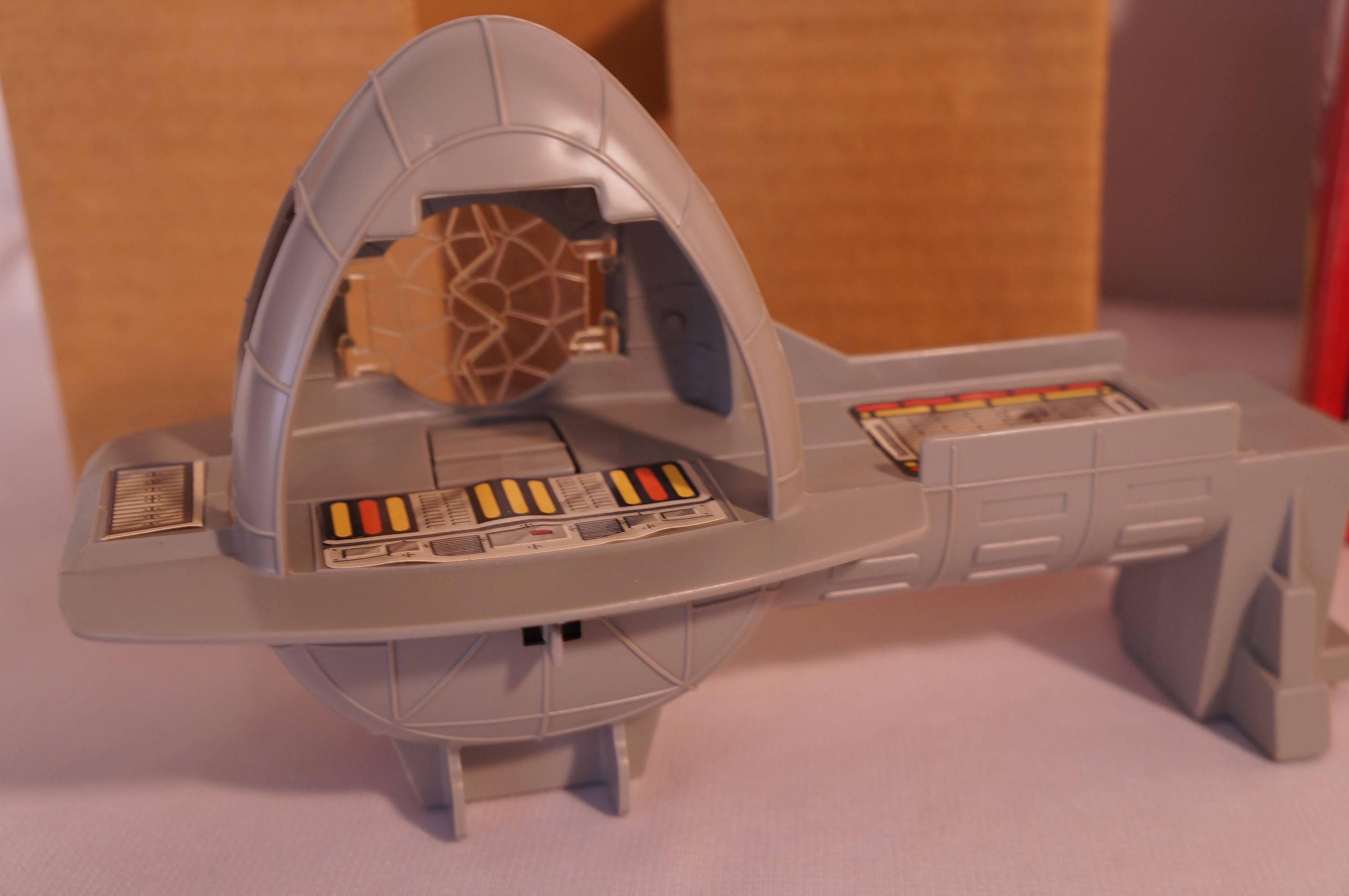 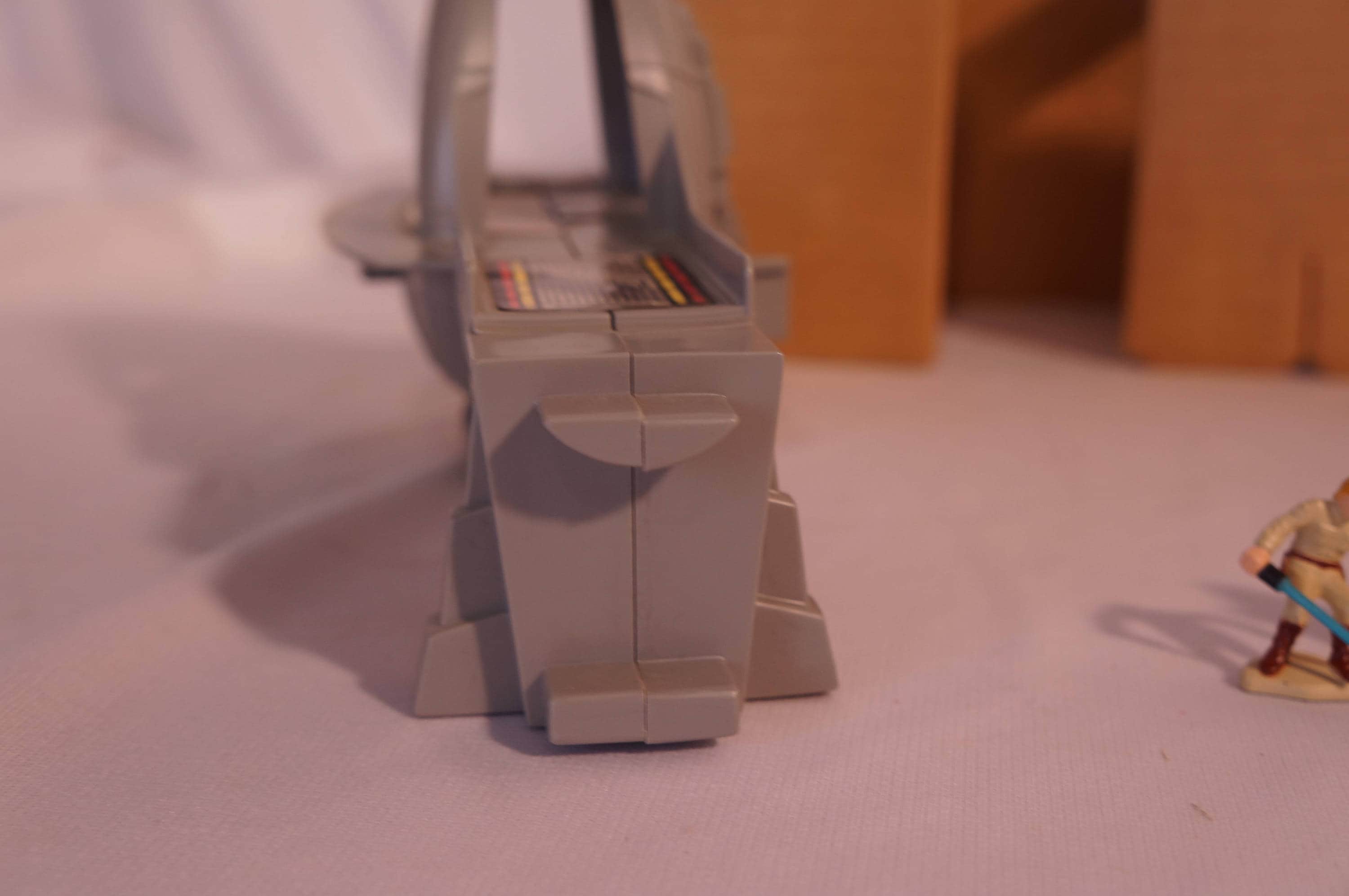 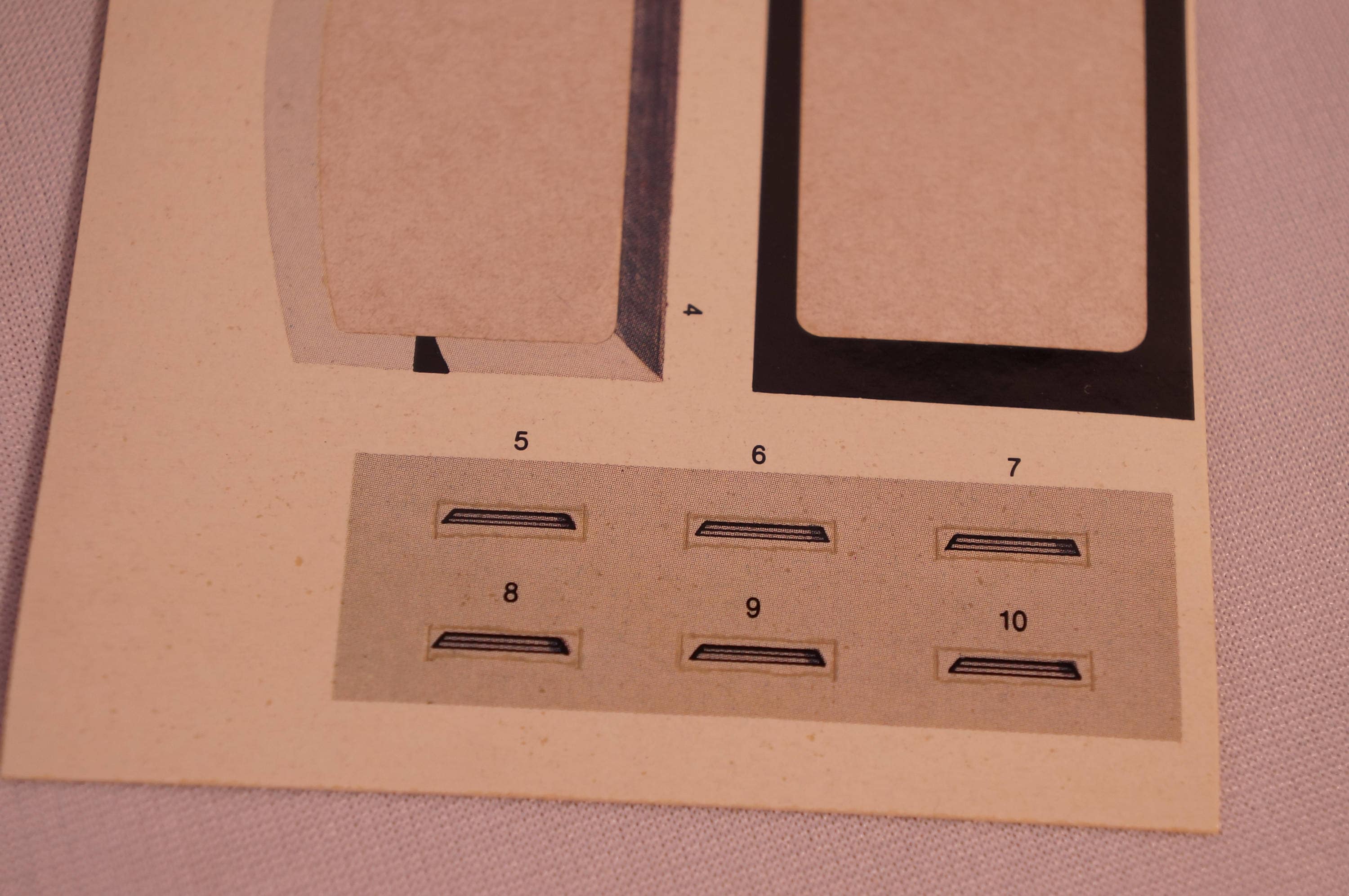 This playset is complete, with everything you see. Good condition! Stickers are all bright and in good condition. Box has some shelf wear, but sturdy and not crushed, very nice condition, god shiny graphics. The one Vader figure is missing the blade of his light saber. This is a great addition to your Bespin Micro Collection.

I don't know how these things continue to fly under the radar. In addition to the fact that you can get an honest to goodness Revenge of the Jedi color promo in some of the Micro Collection sets (sadly not this one, but we do have two sets with them), and that the whole run of Micro Collections lasted just a single year towards the end of the Kenner run (do the math),
these are way more compact and easy to collect than the full-size line. You could fit the entire Micro Collection run in a regular-size Tydirium box and have room for a half-scale Wicket for cushioning. Someday, like the battle for Galactic control itself, the tide will also turn on these great collectibles.

For some further backstory, here's what theSWCA.com (Star Wars Collector's Archive) explains about the short-lived history of the Kenner Micro Collection, and hence, why they are so rare:

BTW we will also be listing the Build Your Armies set, minty and fresh.

May the Force be with you