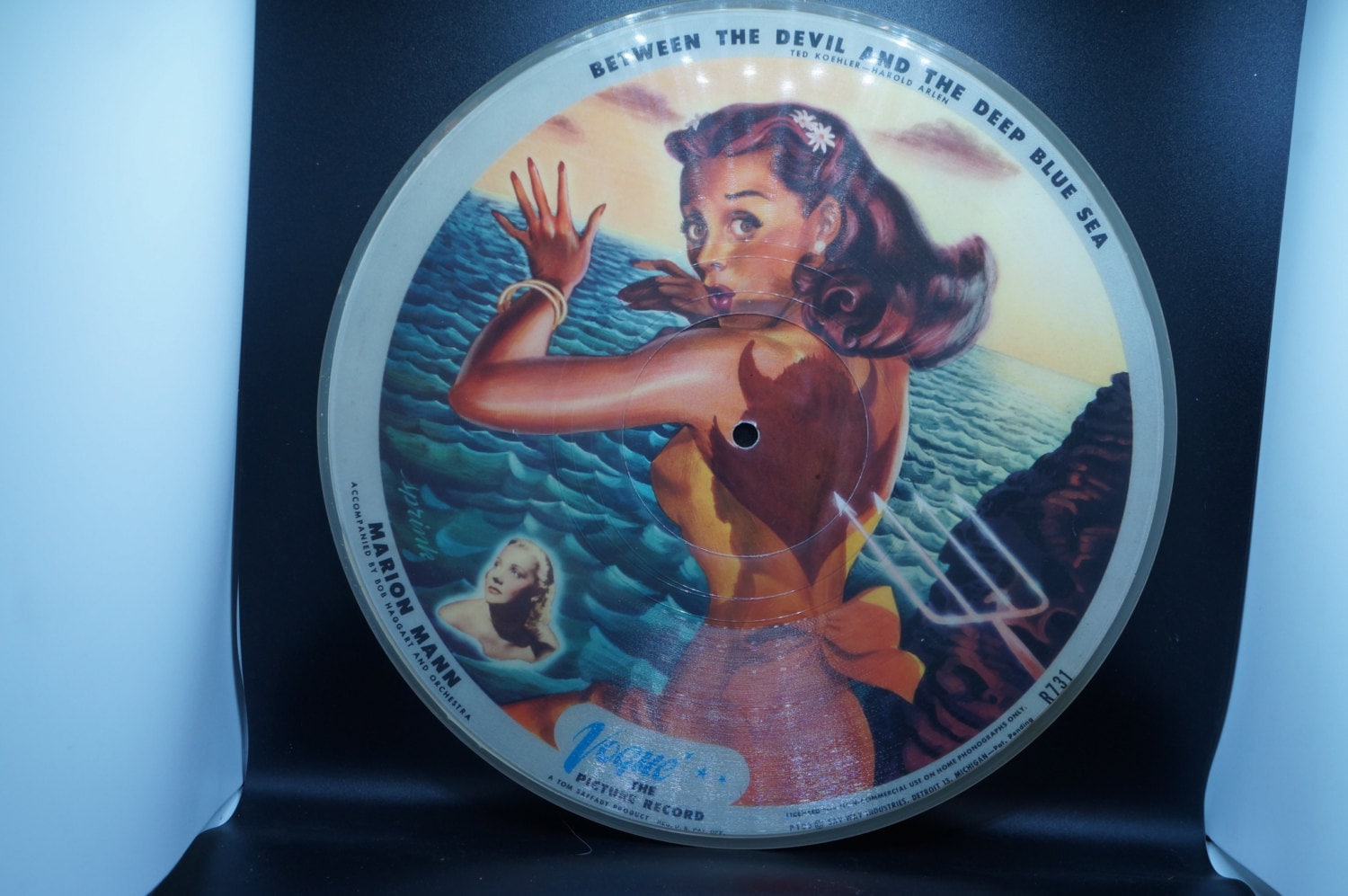 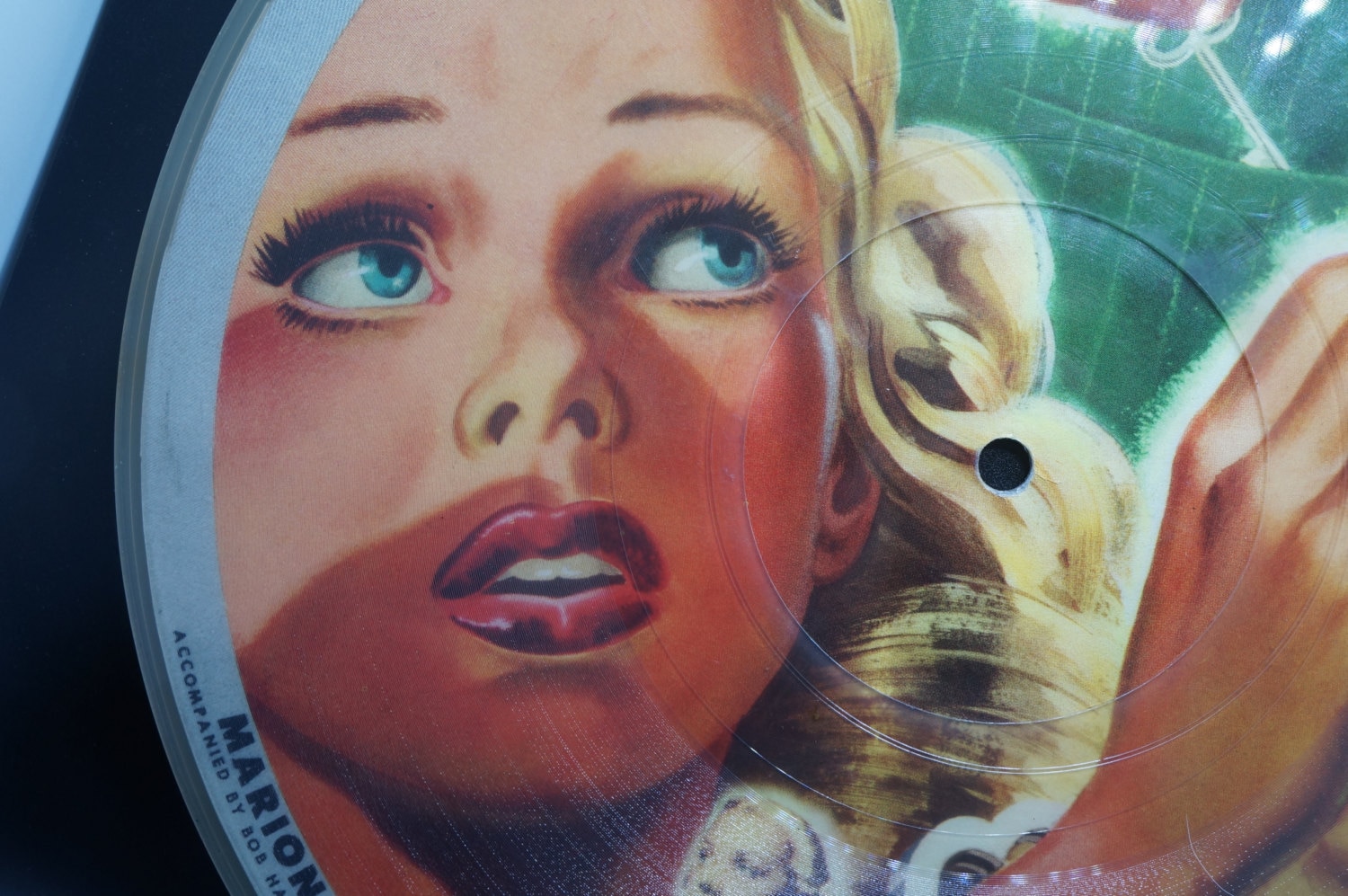 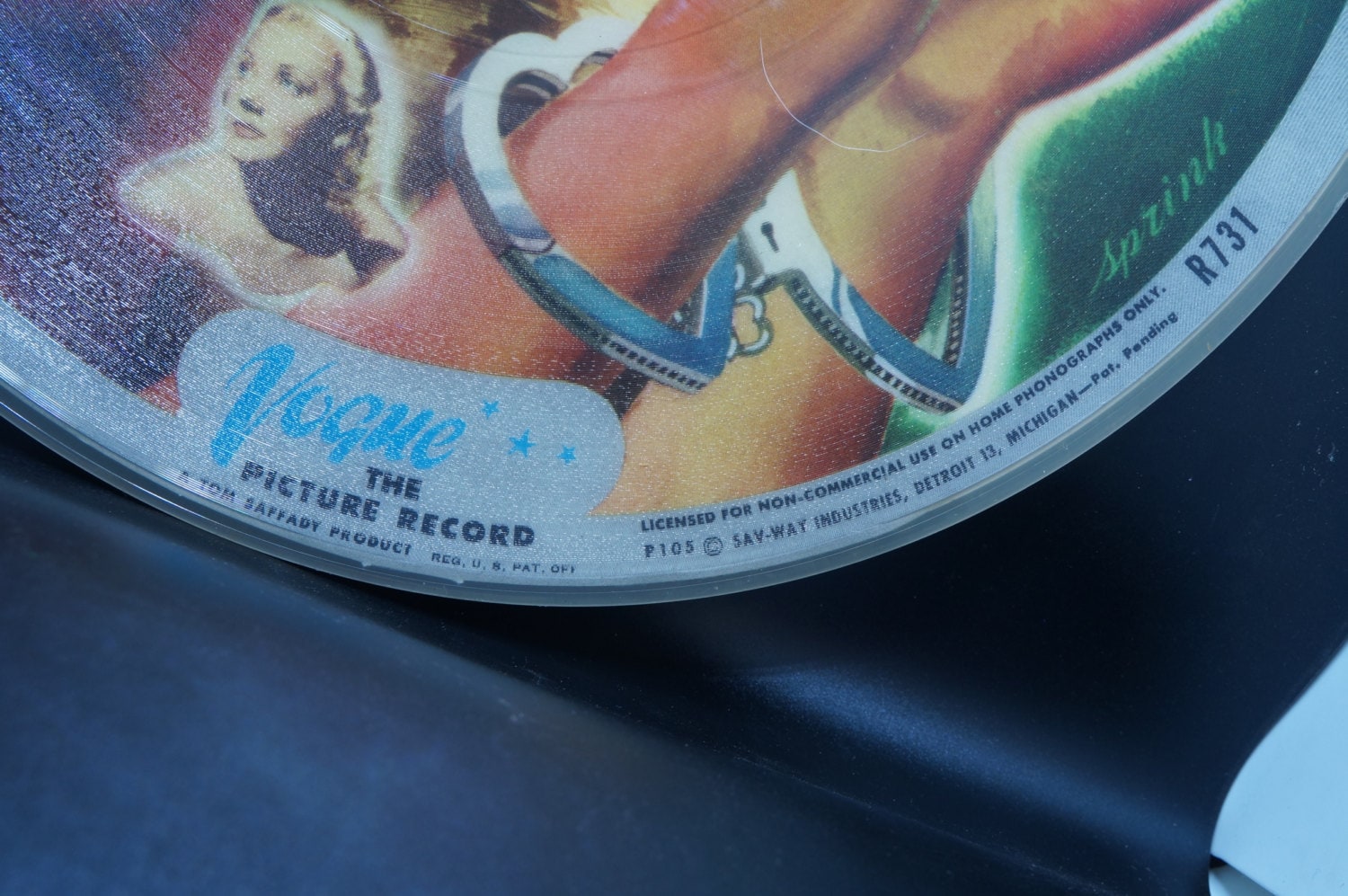 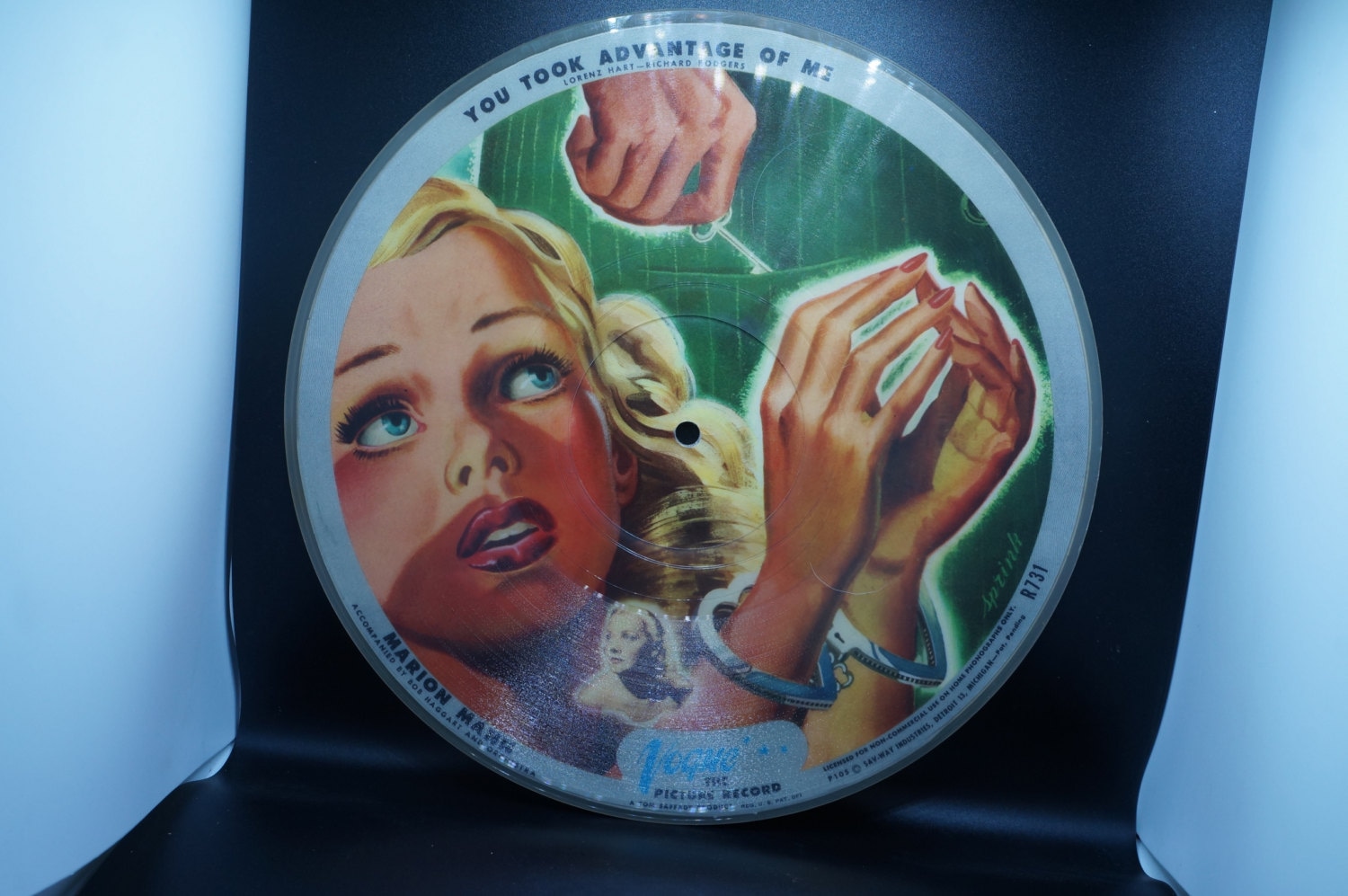 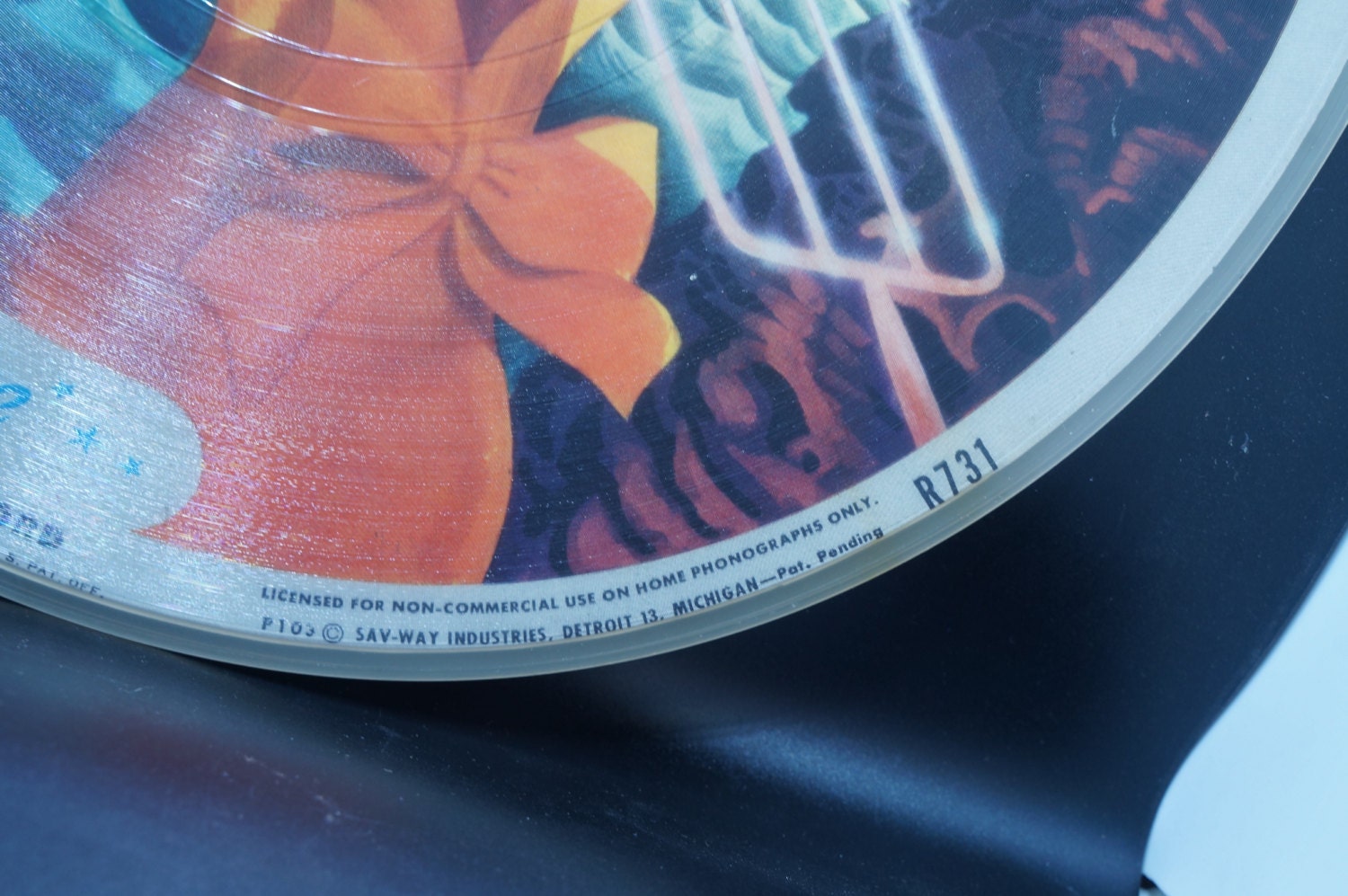 Oh dear, what a precarious situation this sweet lass has found herself in! GASP!!! Vogue picture record, has scuffs on it, although it does not appear to have been played. No chips or breaks. Brief history if you are not a collector or do not have knowledge of these AWESOME items:

Tom Saffady, a successful and prolific inventor, owned and managed Sav-Way Industries of Detroit, MI., which produced the recordings. They were released between May 1946 and April 1947.  Only 74 titles are known to have been created on 10-inch Vogue picture discs.
The illustrations on each side of the record are usually related to the title of the song on that side. Illustrations were quite romantic in tone for love ballads, colorful and exotic for foreign-influenced music, and cartoonish for humorous songs, etc.
Vogue picture records were produced using a complicated process whereby a central core aluminum disc was sandwiched between the paper illustrations and vinyl.  Saffady and his engineers spent several months working out the bugs that often resulted in torn or dislodged paper illustrations before perfecting the process. Tom Saffady died at 37 years of age (1954) following a battle with leukemia

This is such an awesome piece of the 40's history, music was a big part that brought people together due to the hard times of war. Pinups kept the boys motivated overseas.

We have a significant pin-up collection (Varga, Elvgren, Esq., etc.) that we may lost if there is interest. Feel free to inquire.