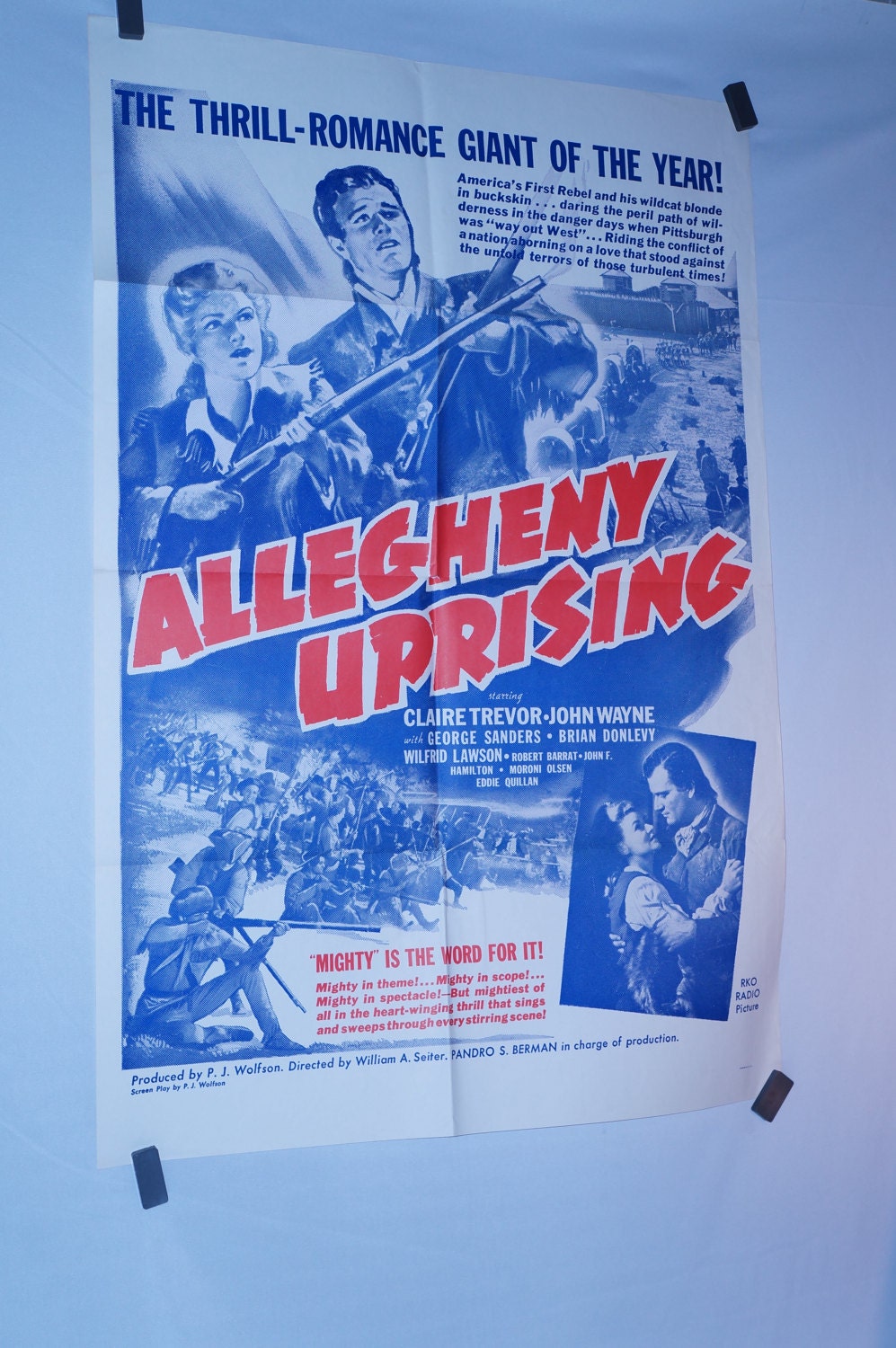 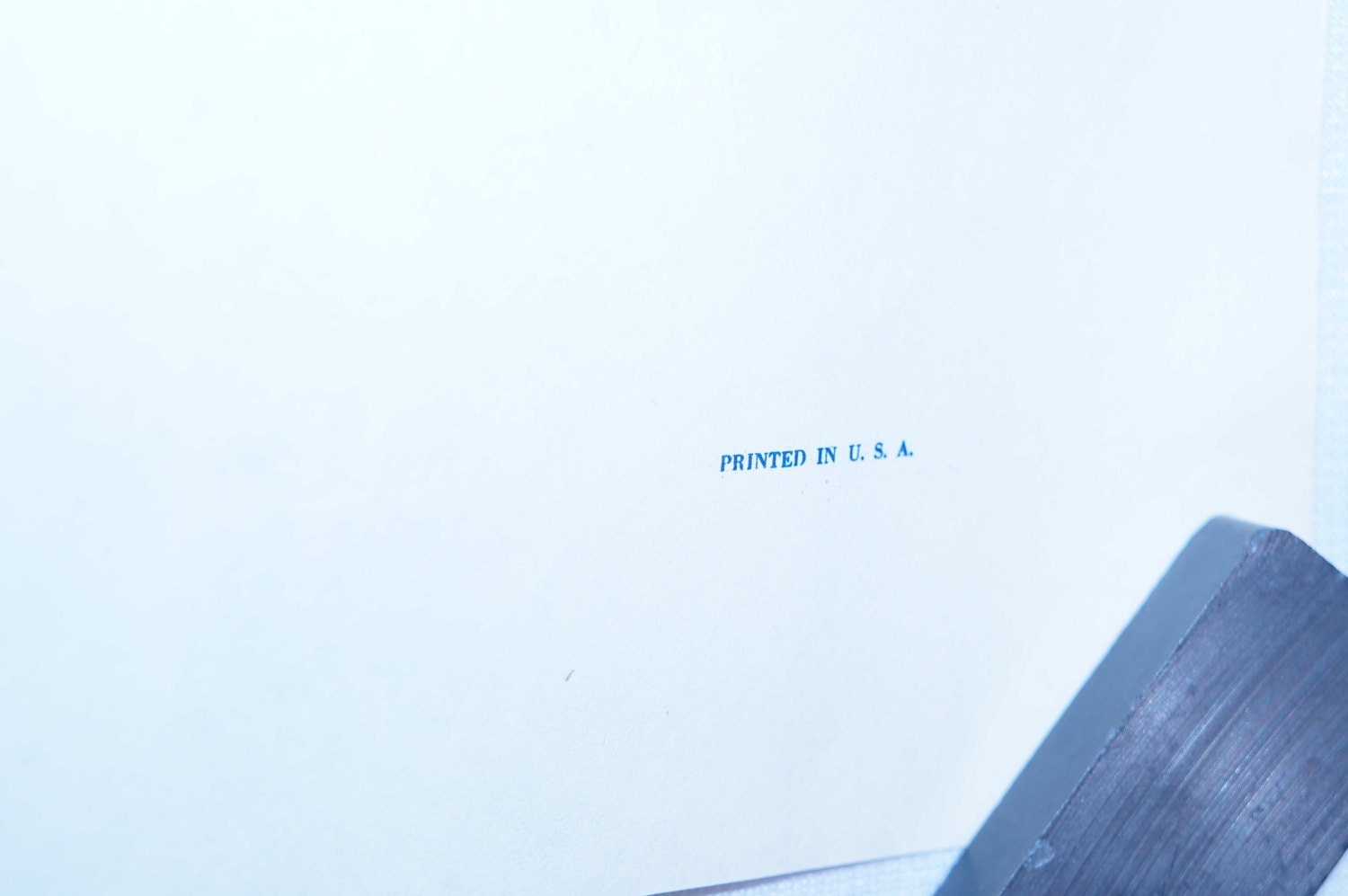 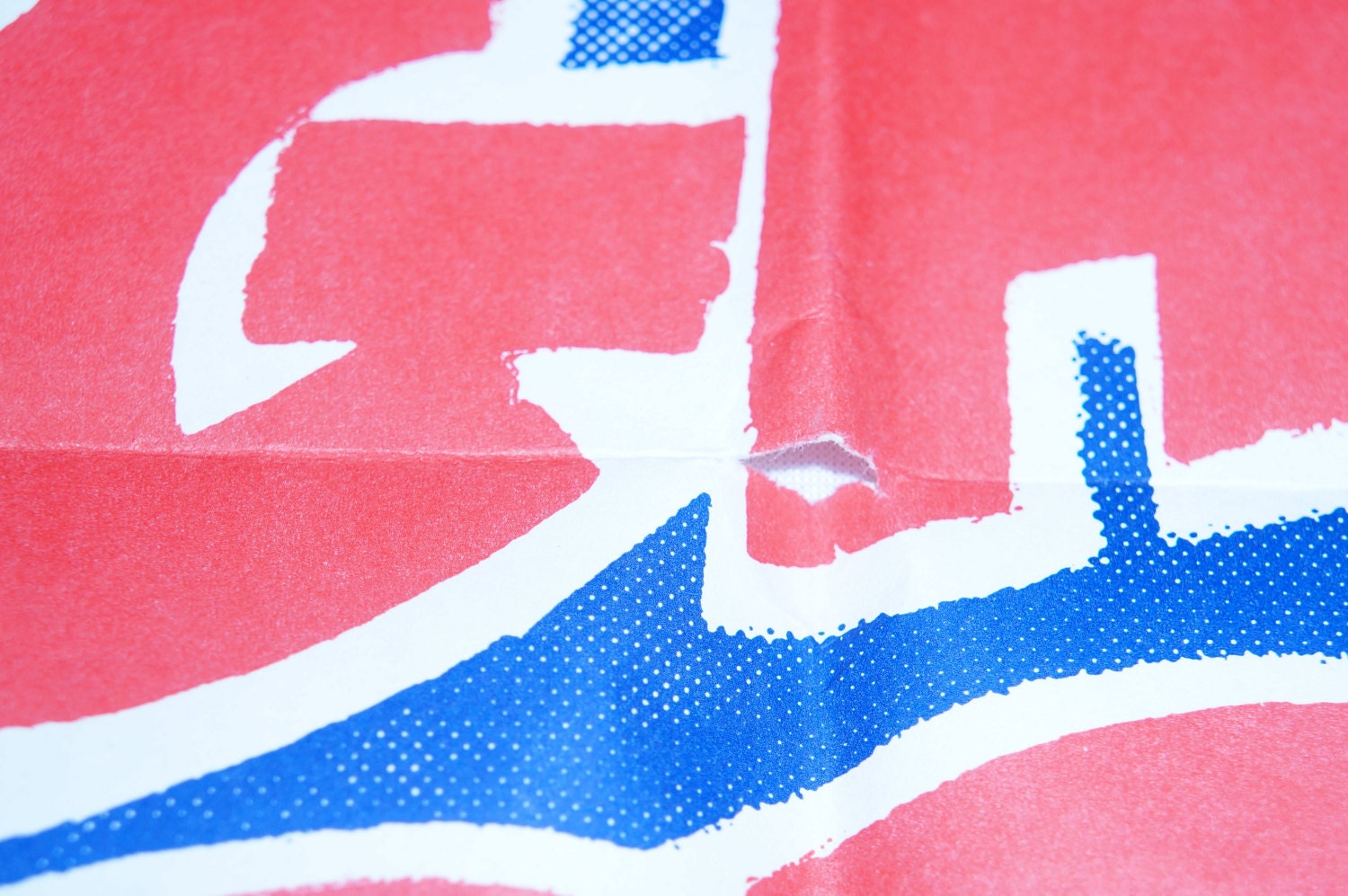 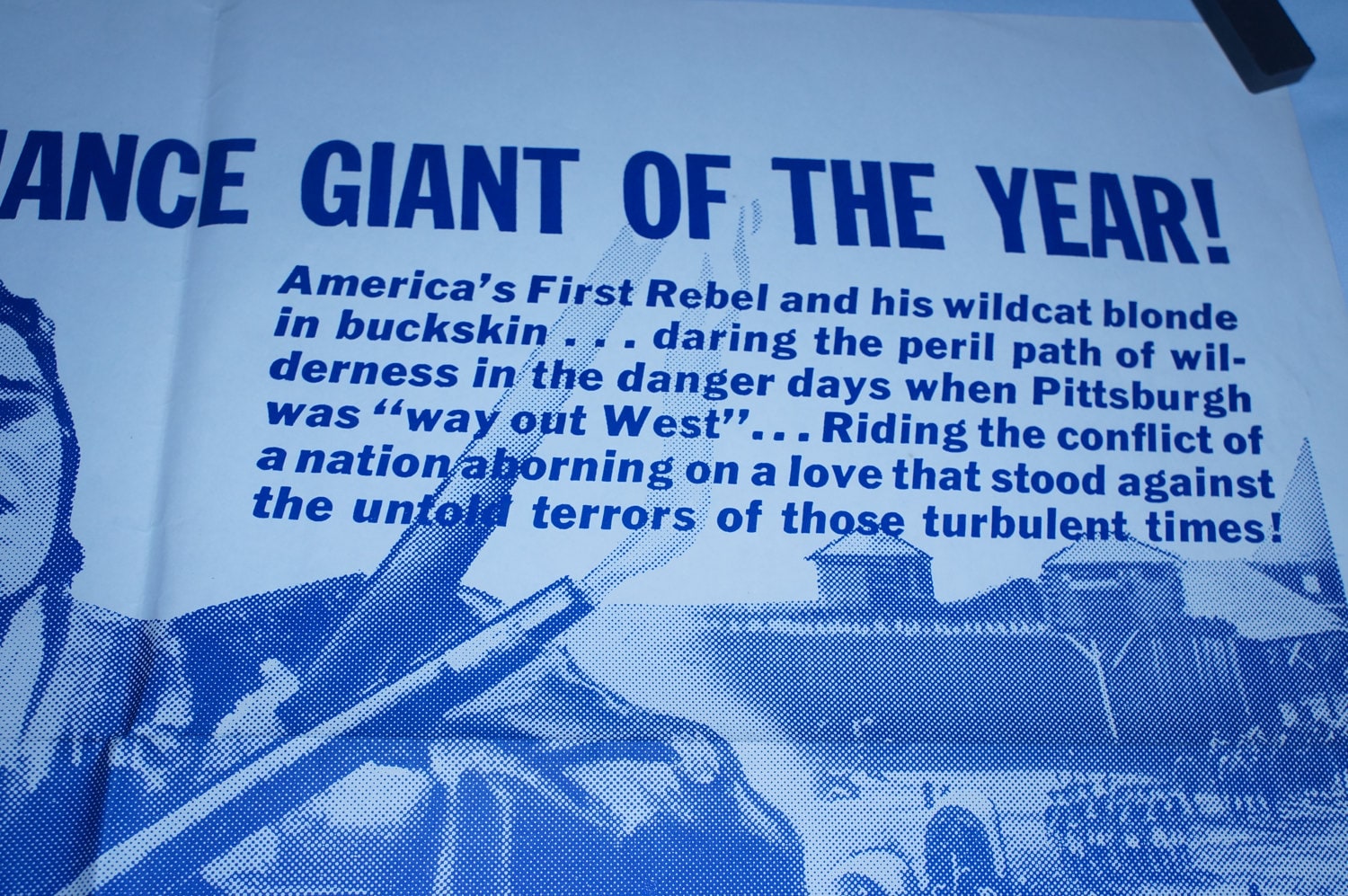 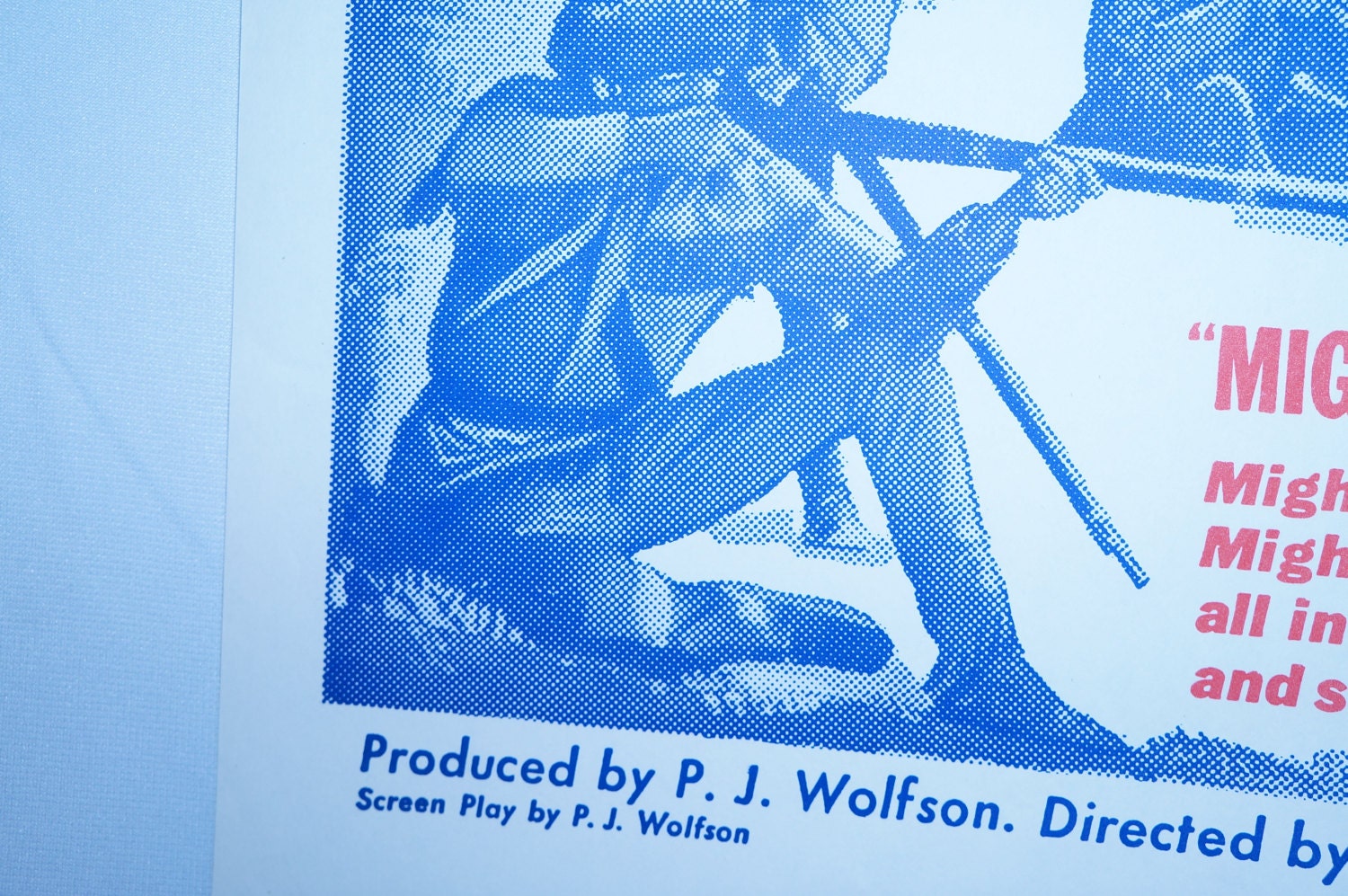 This poster is in great condition. There is a hole where the poster was folded, please see picture. If you did not see or know about this classic, please read below. Free Shipping


Allegheny Uprising (released in the UK as The First Rebel) is an American 1939 film produced by RKO Pictures, and starring Claire Trevor and John Wayne. Based on the 1937 novel The First Rebel by Neil H. Swanson, with a screenplay by the film's producer, P. J. Wolfson, and directed by William A. Seiter, the film is loosely based on the historical event known as the Black Boys Rebellion of 1765, after the conclusion of the French and Indian War.
Clad in buckskin and a coonskin cap (as he would be a decade later in The Fighting Kentuckian), Wayne plays real-life James Smith, an American coping with British rule in colonial America. The supporting cast includes Brian Donlevy, George Sanders and Chill Wills. Claire Trevor and John Wayne also headed the cast of John Ford's Stagecoach the same year, and in Allegheny Uprising Trevor is top-billed over Wayne, due to her greater name value at the time.
The film did not fare well in its initial release. The superficially similar John Ford film Drums Along the Mohawk had been released only one week prior. In the United Kingdom, where the film kept the original title, it was initially banned by the Ministry of Information for placing the British, already at war against Nazi Germany, in a bad light.[