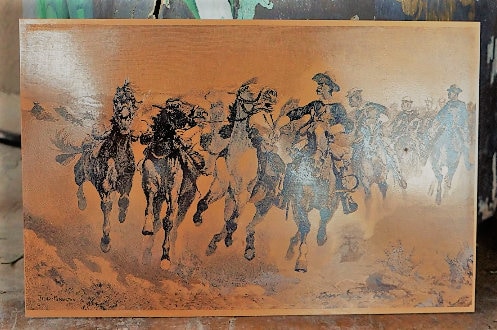 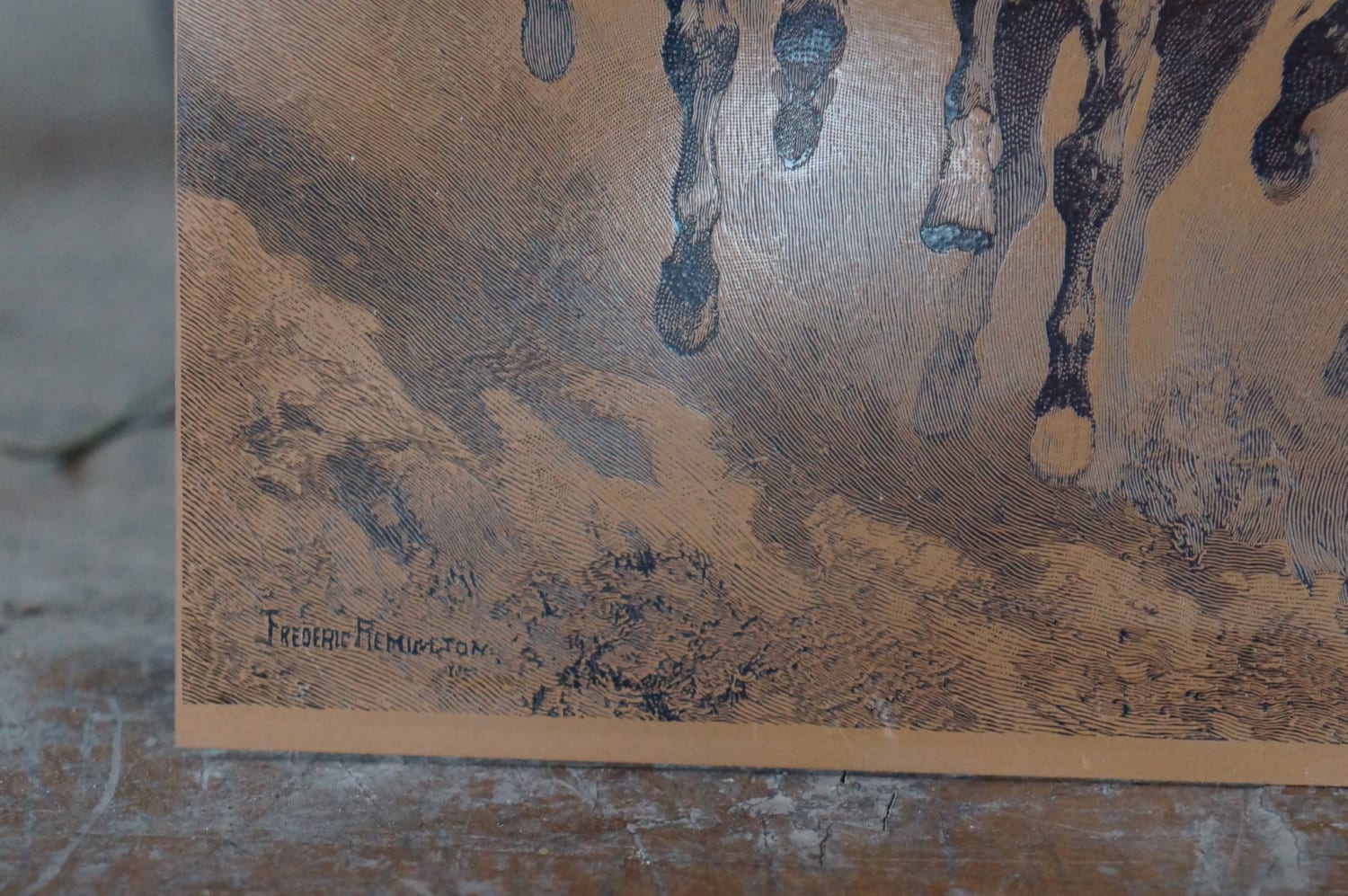 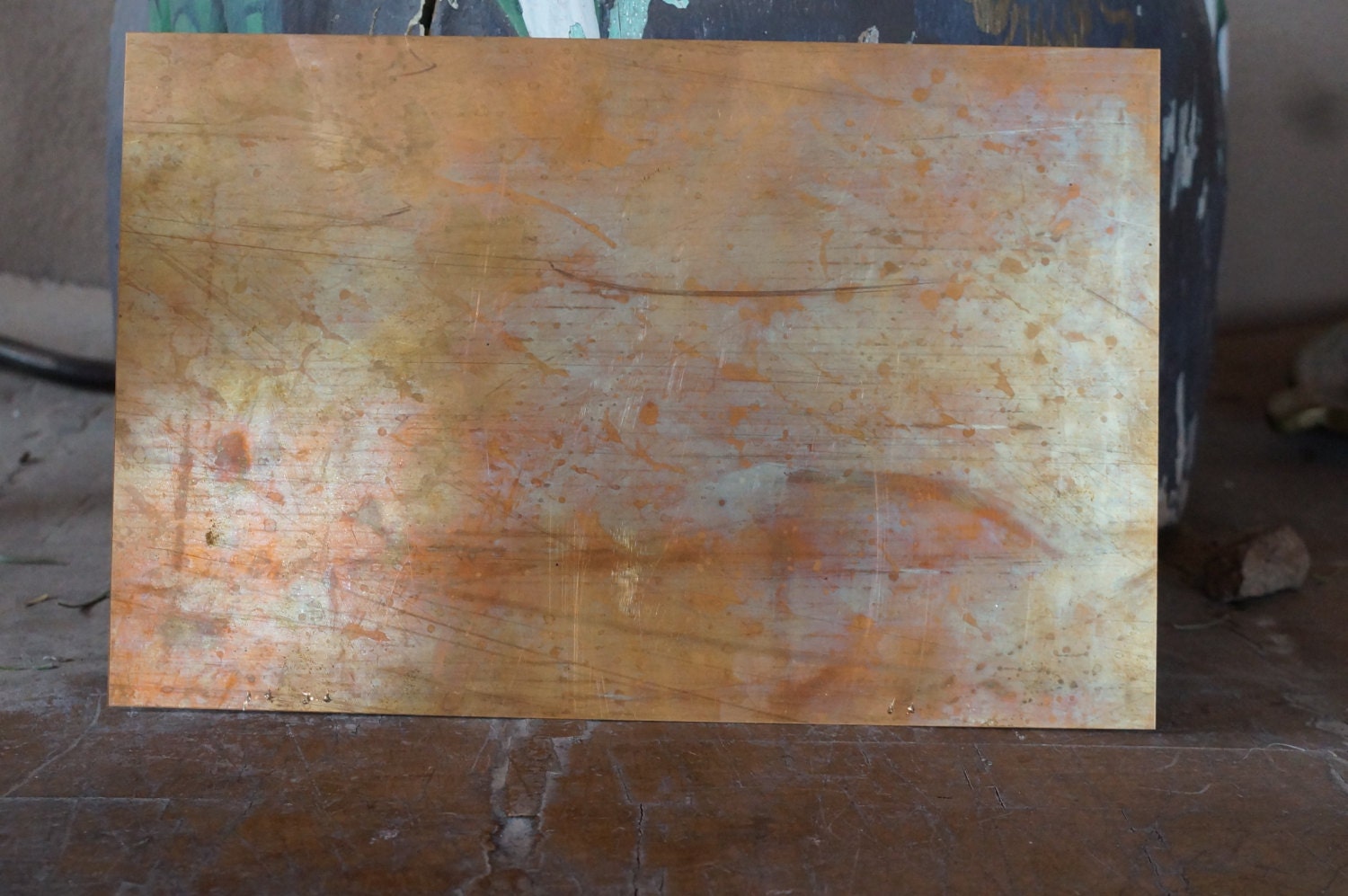 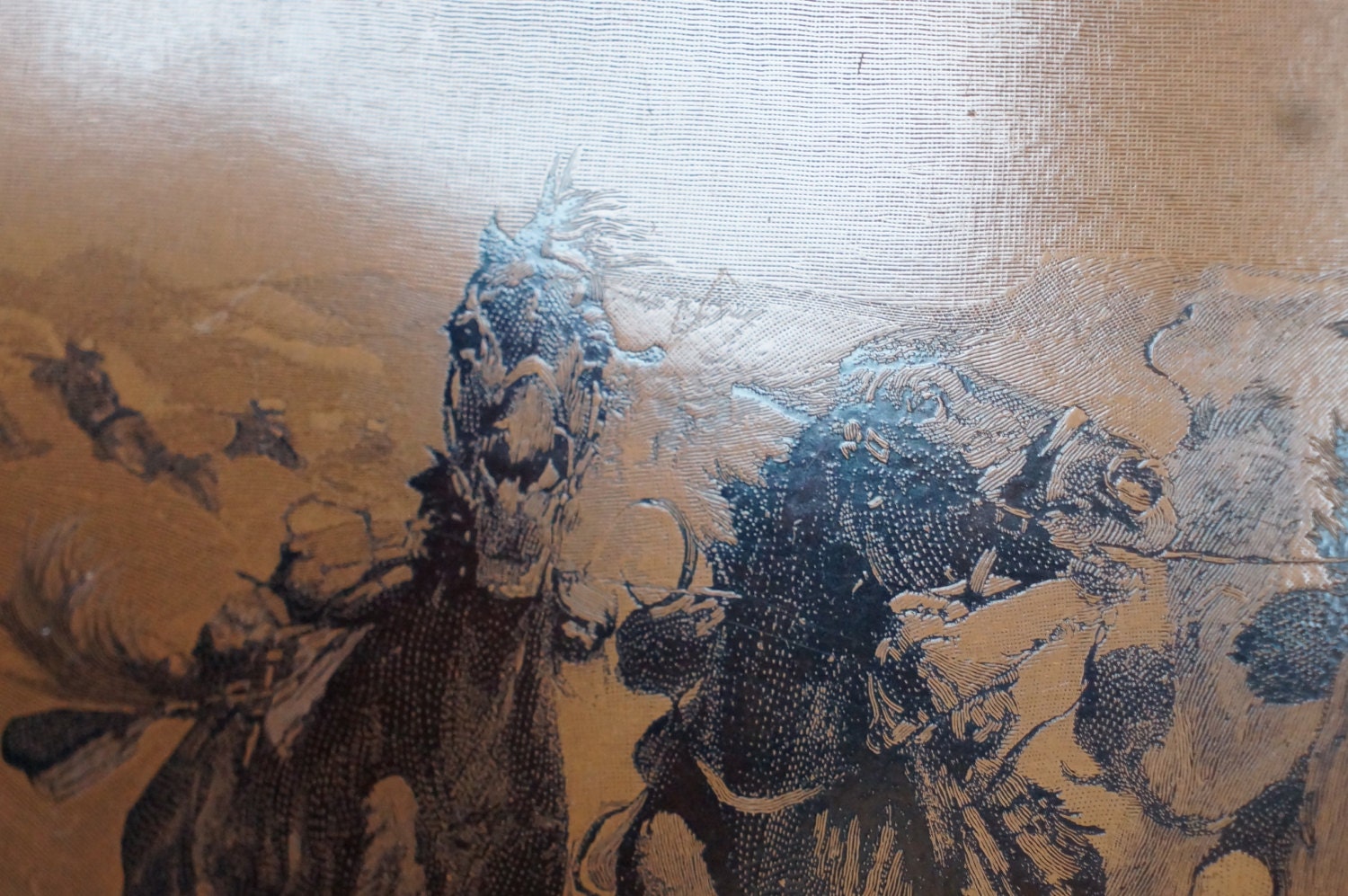 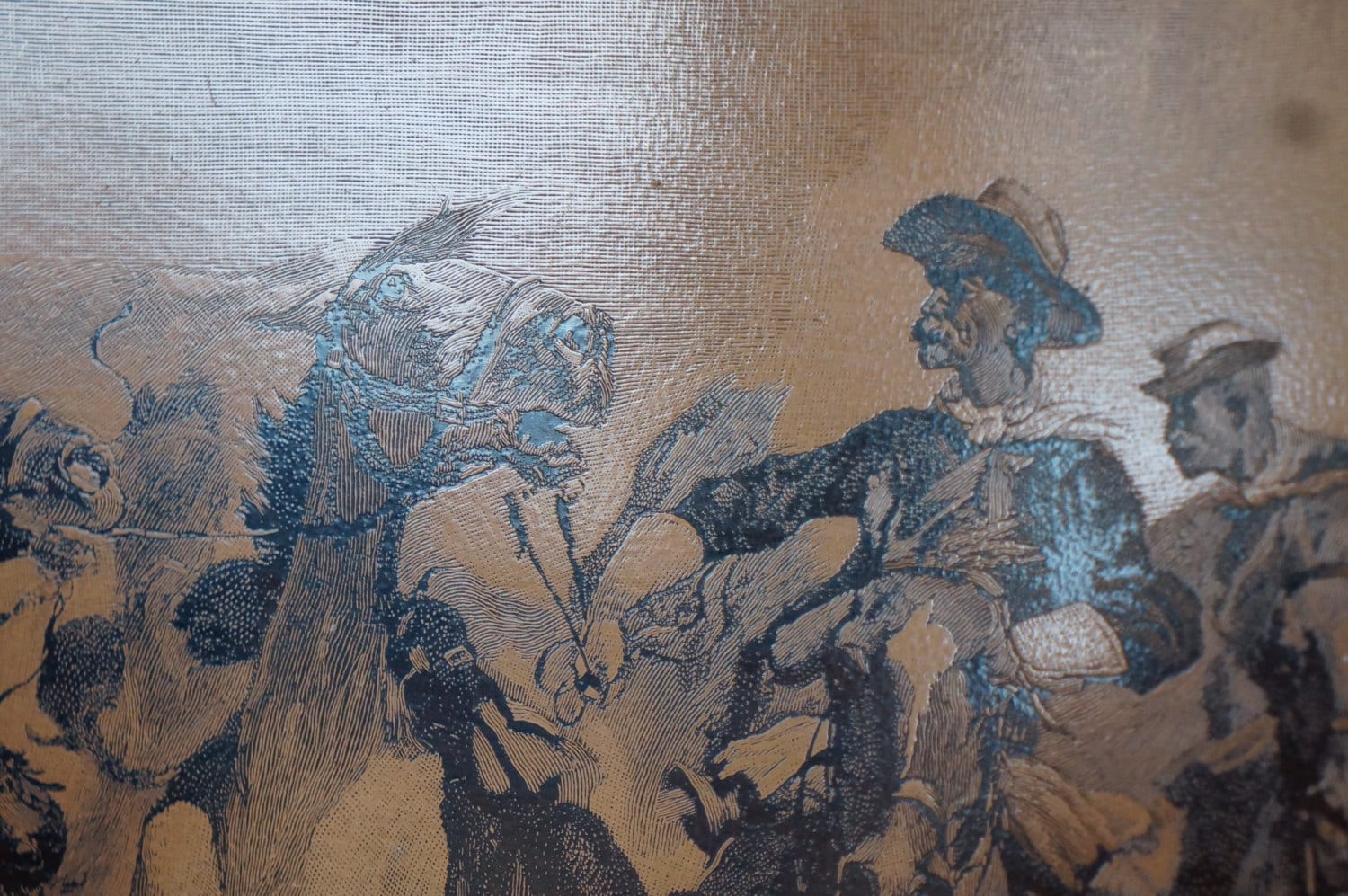 Here is some history of copper plate engraving and Remington:

Though he died at 48, Remington produced over 3,000 signed flat works. As an illustrator, Remington made thousands of artworks – often en grisaille (in black and white oil on canvas), ink wash, and gouache – that were reproduced with magazine and book text. It was the massive exposure in magazine pages that launched his fame.

In the mid- 1880s, when Remington launched his career, magazines lacked the technology to print photographic images with columns of text. Staff engravers needed to make printing blocks to join with blocks of text to print the magazines. Here's the process:

1. Remington made an original drawing or painting in black and white.

2. Remington submitted the original artwork to the magazine where anonymous engravers COPIED Remington's original. Using a small, sharp metal tool called a burin, the engravers recreated the mirror image of Remington's drawing on a wood block or onto a metal plate.

3. The wood block or metal plate of the illustration was matched up with the text of the article or book.

4. The plate or woodblock – containing both picture and words was covered with ink and run through a printing press to transfer the image onto paper.

5. This process was repeated thousands of times to print an edition of a magazine or a publication of a book.

The effect of the process results in a printed illustration that looks remarkably like Remington's drawing. The engravers adeptly created shapes and shades of gray and black by making hundreds of carved lines with their sharp tools. When Remington worked en grisaille, the engravers didn't have to guess what shade of gray to translate each color. Thus paintings en grisaille left less room for the anonymous engravers at the magazine to interpret Remington's original. As far as Remington was concerned, the fewer decisions the engravers had to make, the better.

By about 1890, this process was abandoned when the halftone process was instituted. In halftone printing, there are no engravers to interpret the artist's intent. The original art is photographed through a fine screen, and the image becomes a pattern of fine dots of different densities, which the eye interprets as the forms. Remington continued to create original work for halftones in black and white.