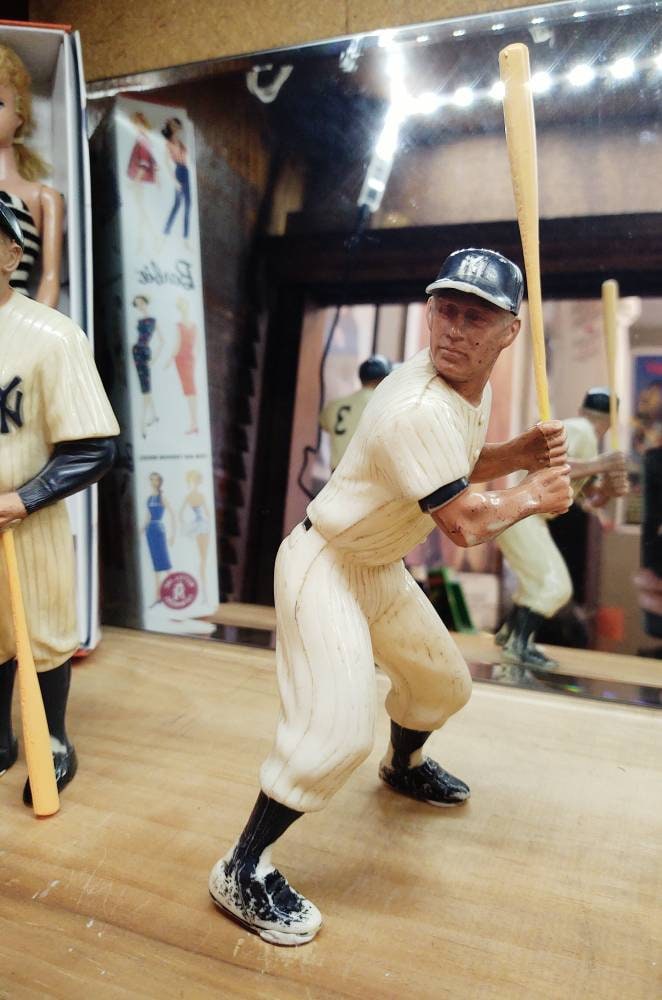 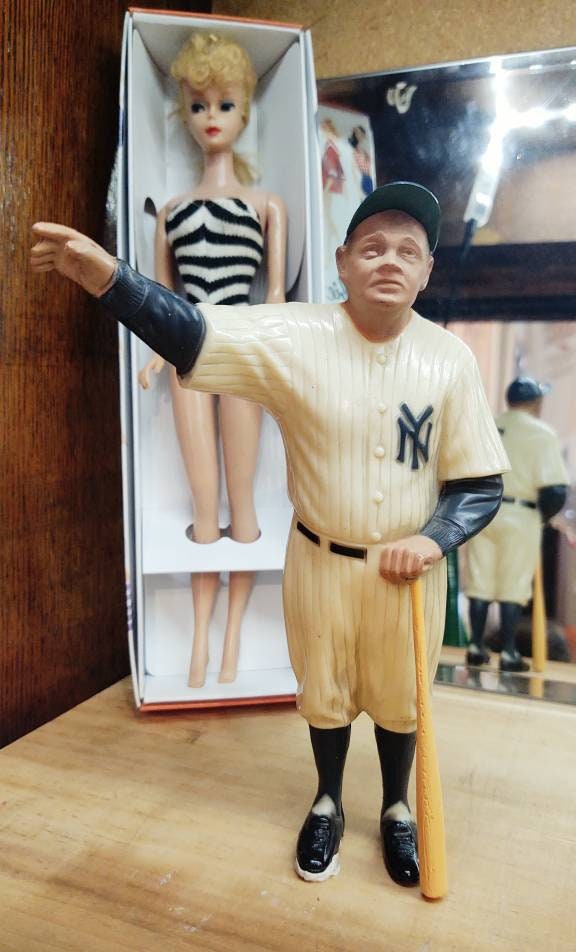 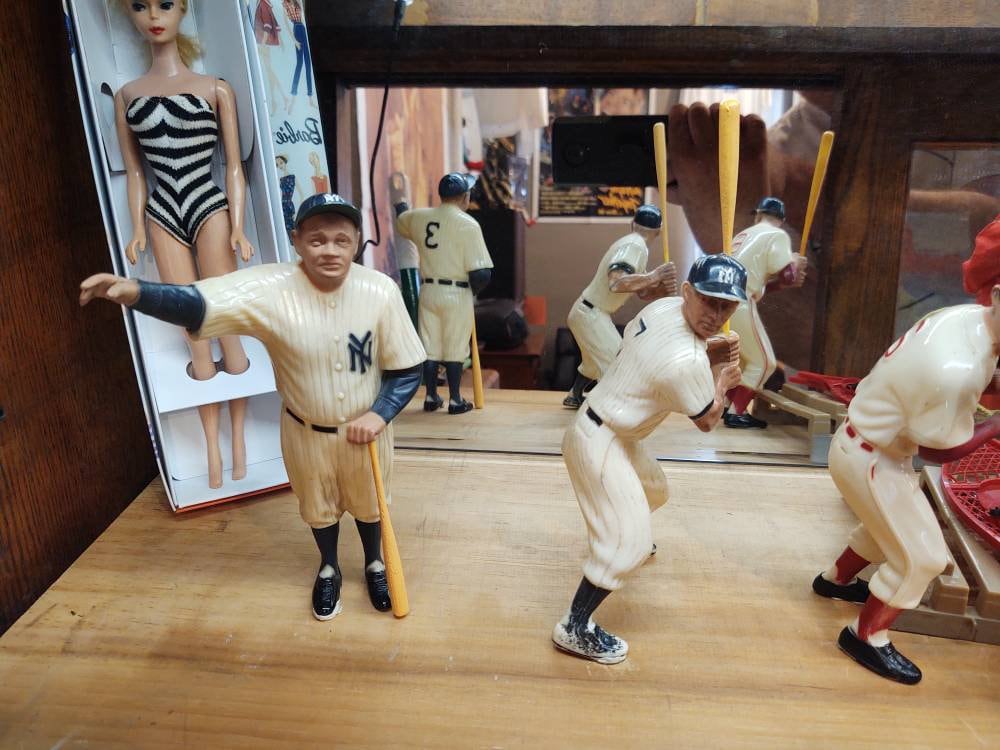 Super minty and clean Hartland New York Yankees Babe Ruth, or, as he looked playing on any given day, Hartland New York Yankees Mickey Mantle. Both have repro bats. The Babe, in his famous "called shot" stance, is EXCEPTIONAL. And The Mick looks pretty much like he would have looked after an inning of play. These guys are from the 50s / early 60s. Pick which legend you want under the Pattern tab. Go Yanks! (The Hartland St. Louis Cardinals Stan "The Man" Musial is not for sale.)