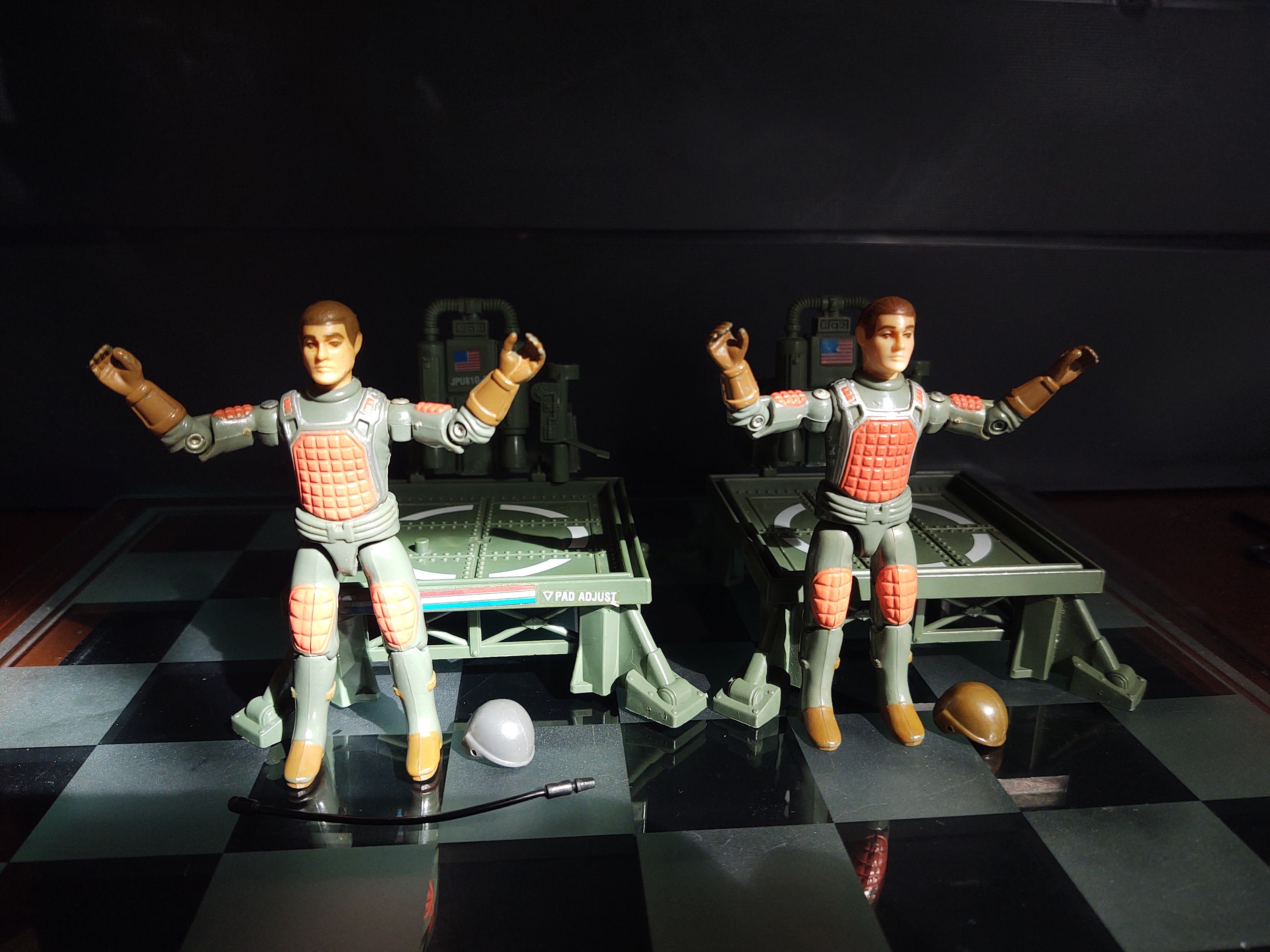 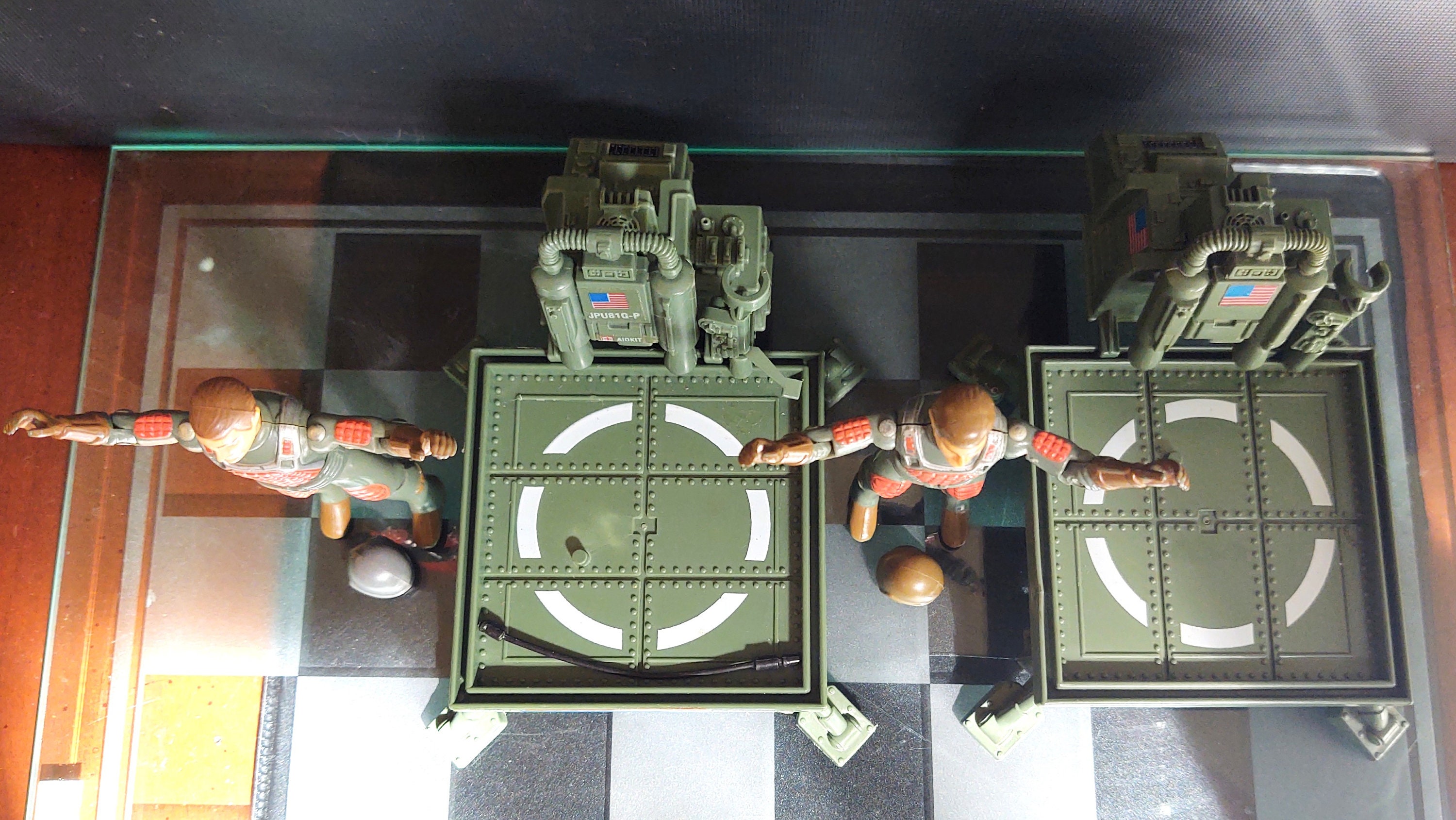 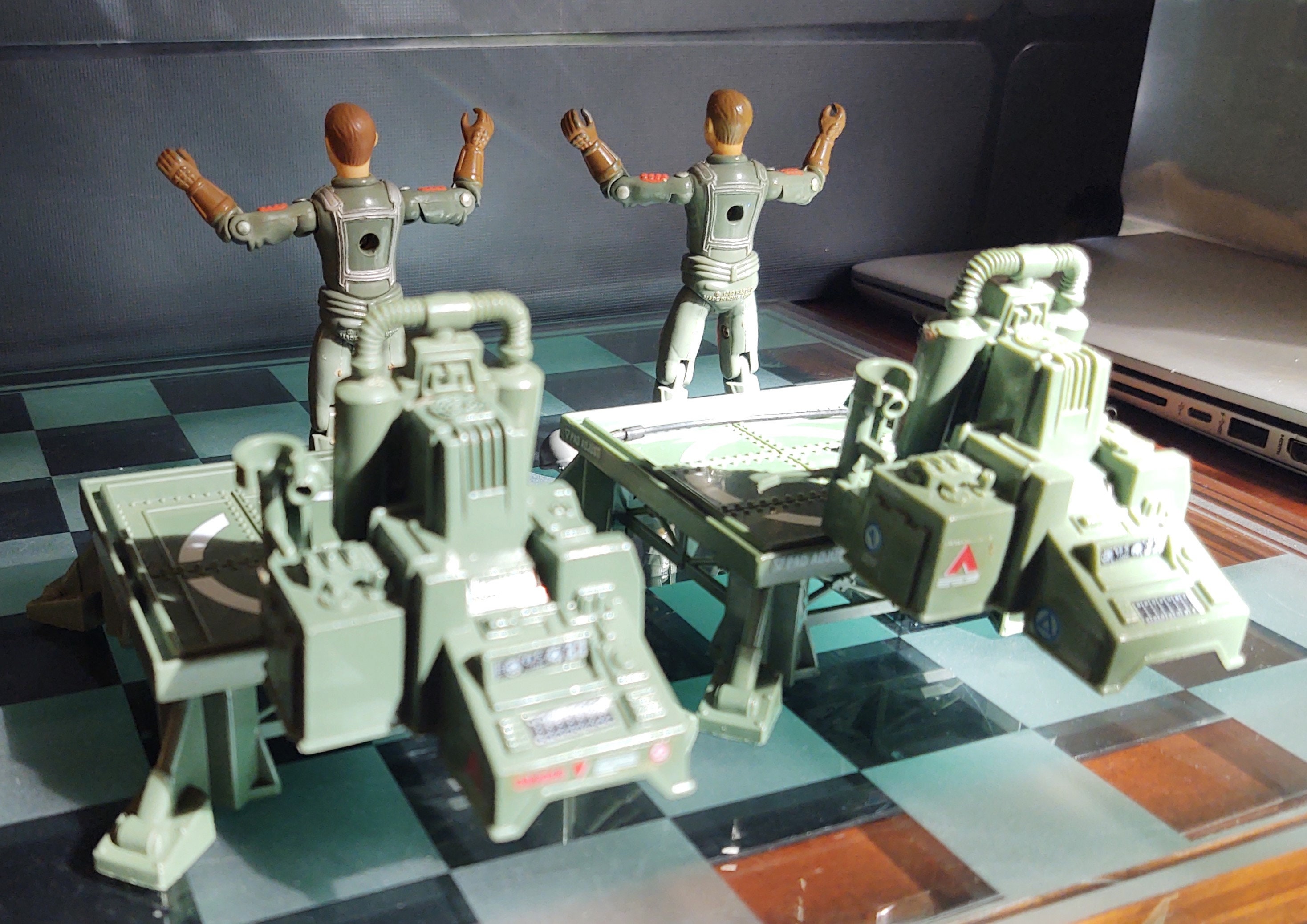 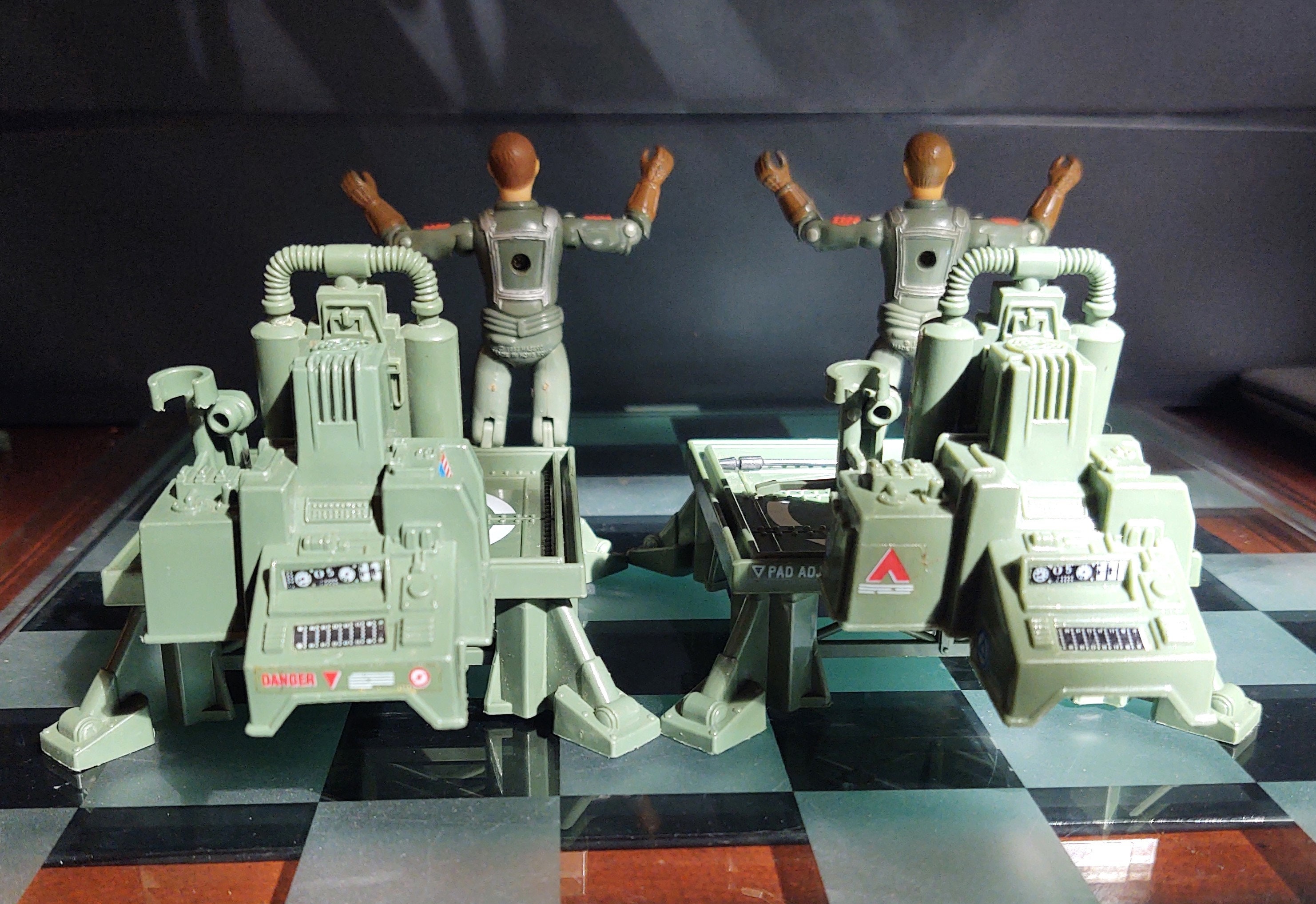 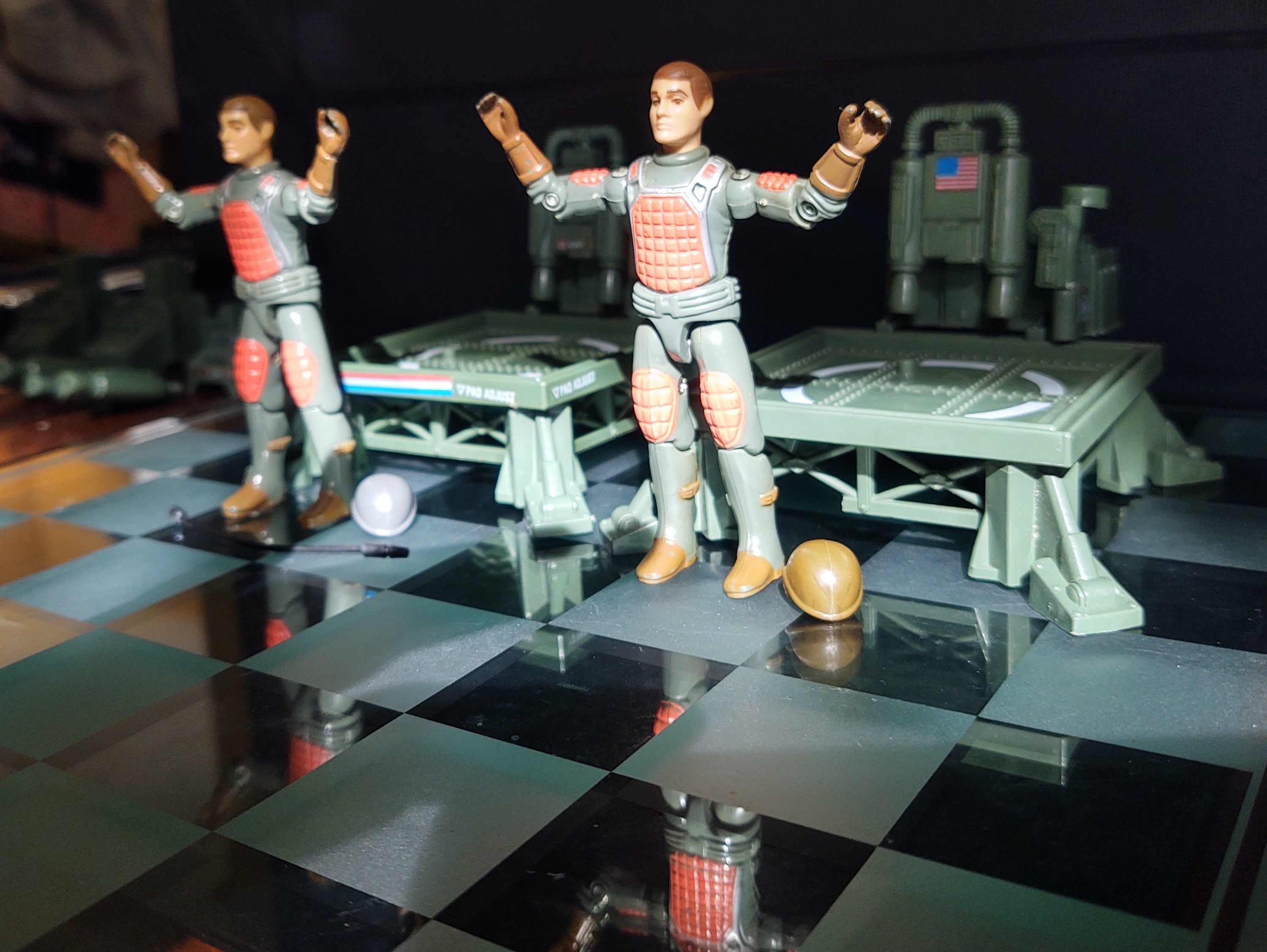 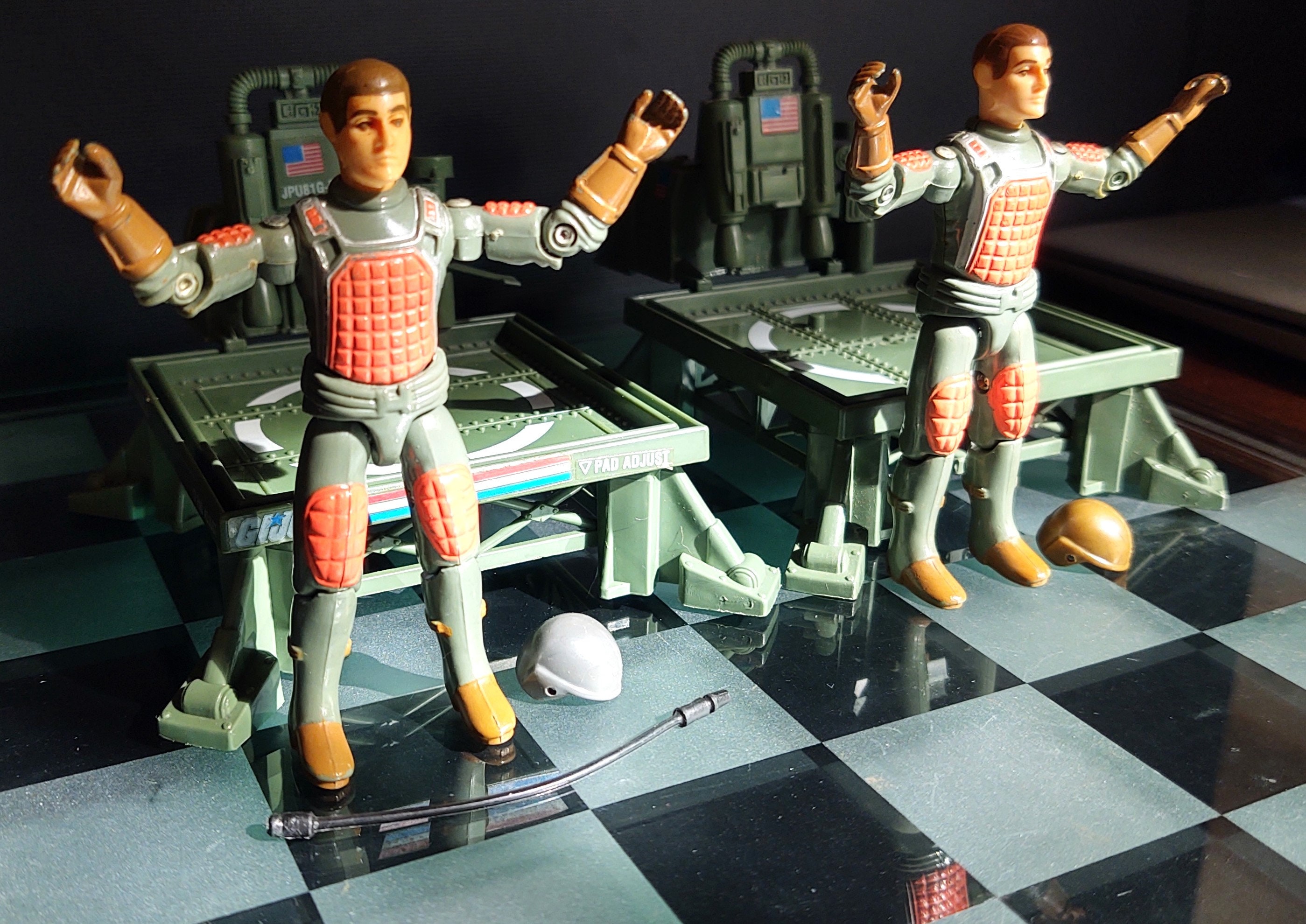 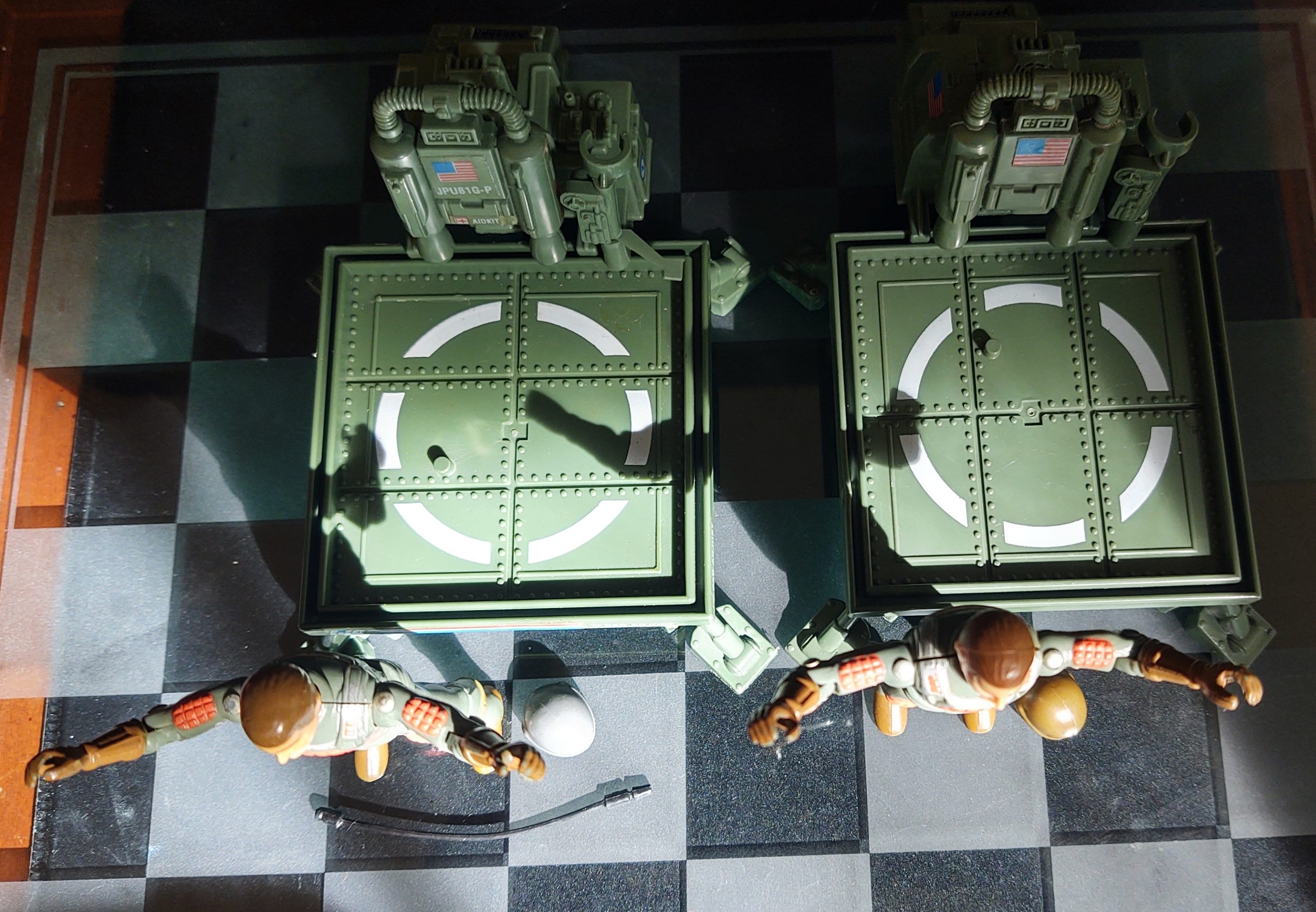 Yes, I realize technically Grand Slam goes with JUMP (at least in '83 he did). However, I absent-mindedly put these two sets together with Flash instead of Grand Slam, and I don't feel like reshooting them. In any event, Hasbro did not issue ANY figure with the 1982 JUMP so I can put whoever I want with it, including the 1982 Flash. So there!

Left: Vintage GI Joe 1982 Flash With JUMP, fantastic condition. JUMP's got its cable, complete gun, excellent stickers, etc. Flash's joints are tight, with a new O ring, and his paint is awesome. Even his hair is great, and that's usually flecked off due to the helmet.

Right: Vintage GI Joe 1982 Flash With JUMP, 95% Complete! Also great condition, but just not quite as nice. Notably, the JUMP gun is missing the long tab that sticks out the side, and the set is missing the cable. Flash's joints are tight, new O ring, pretty good paint, nice paint on face and hair.

Choose which you want under the Pattern tab.