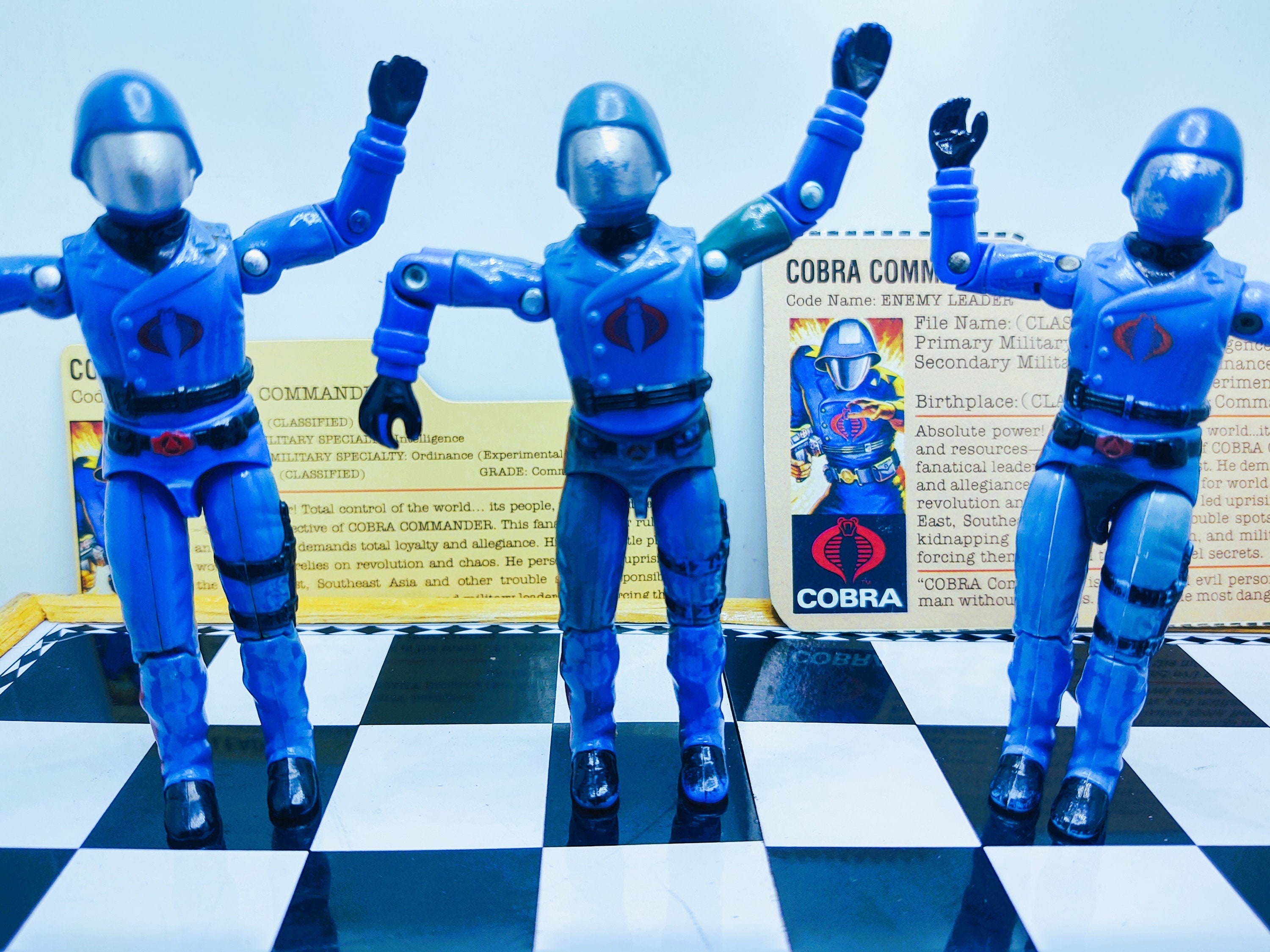 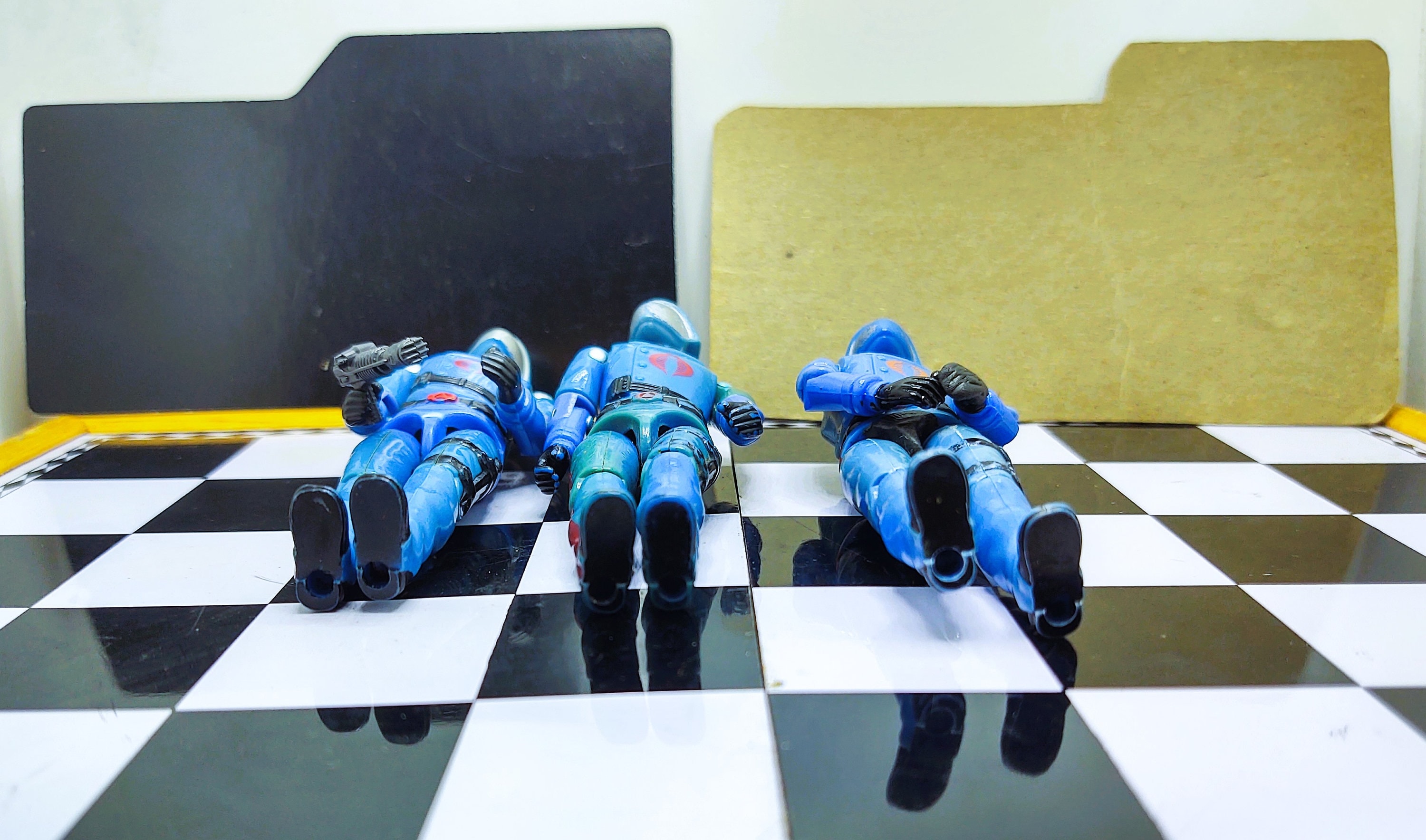 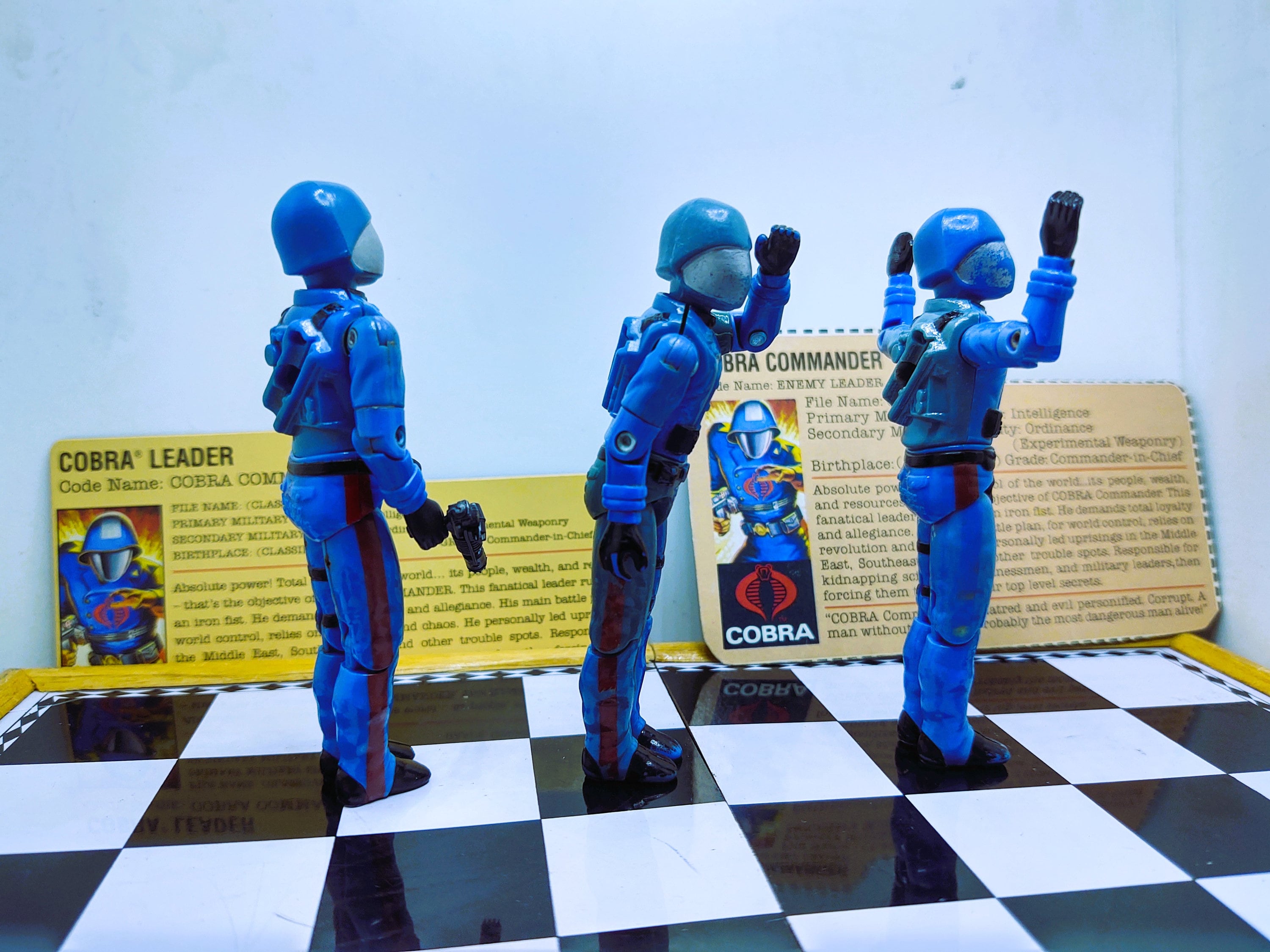 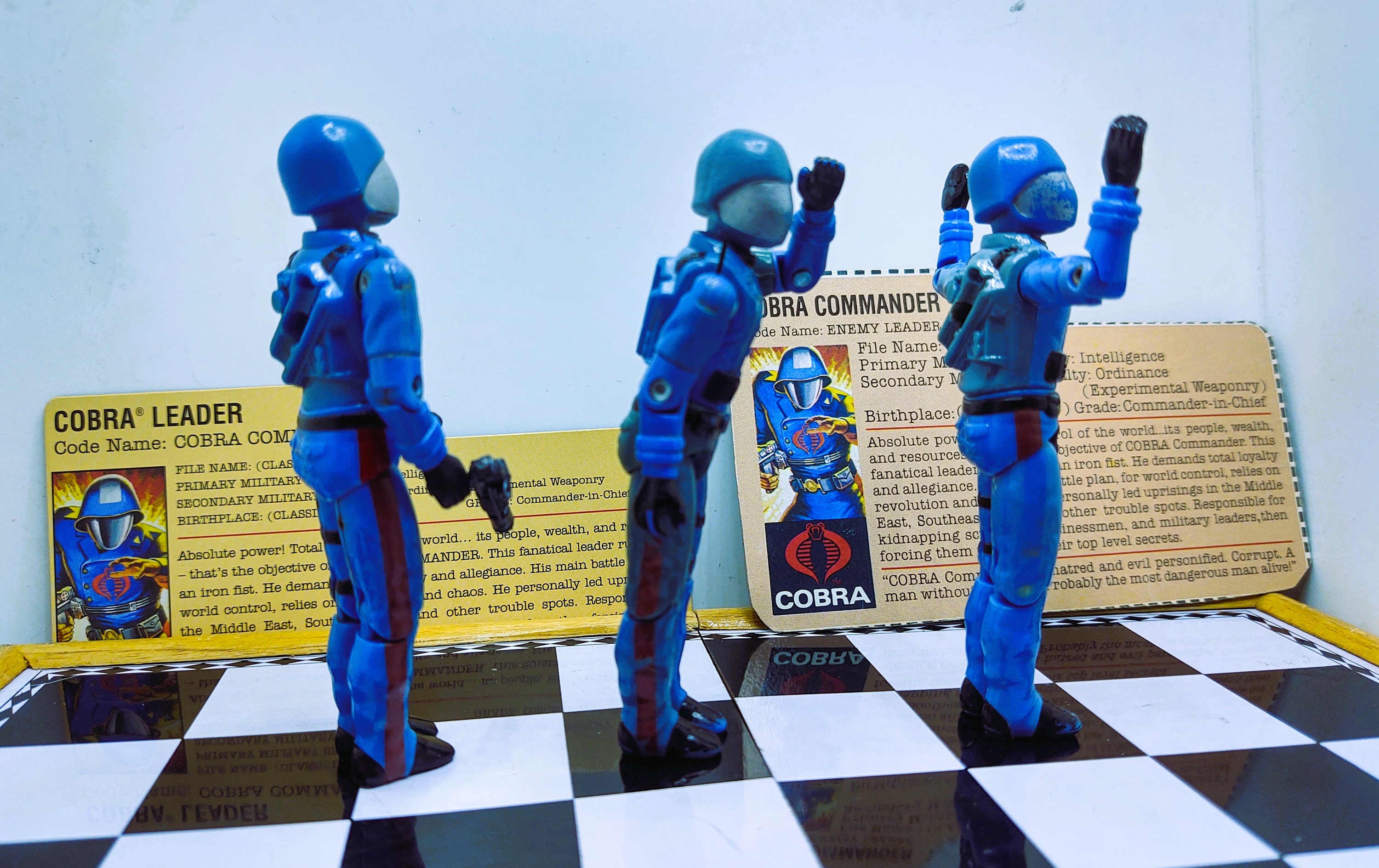 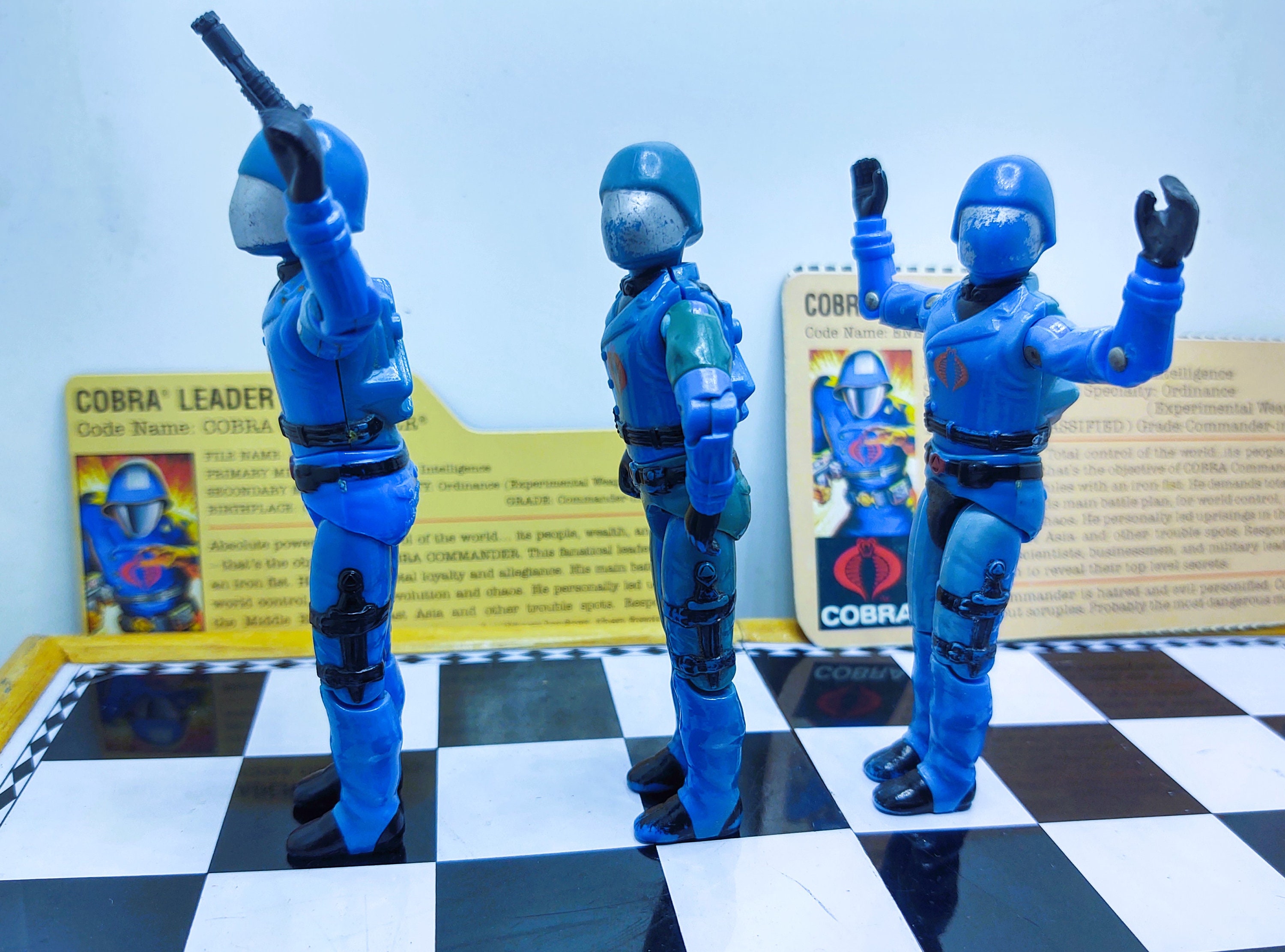 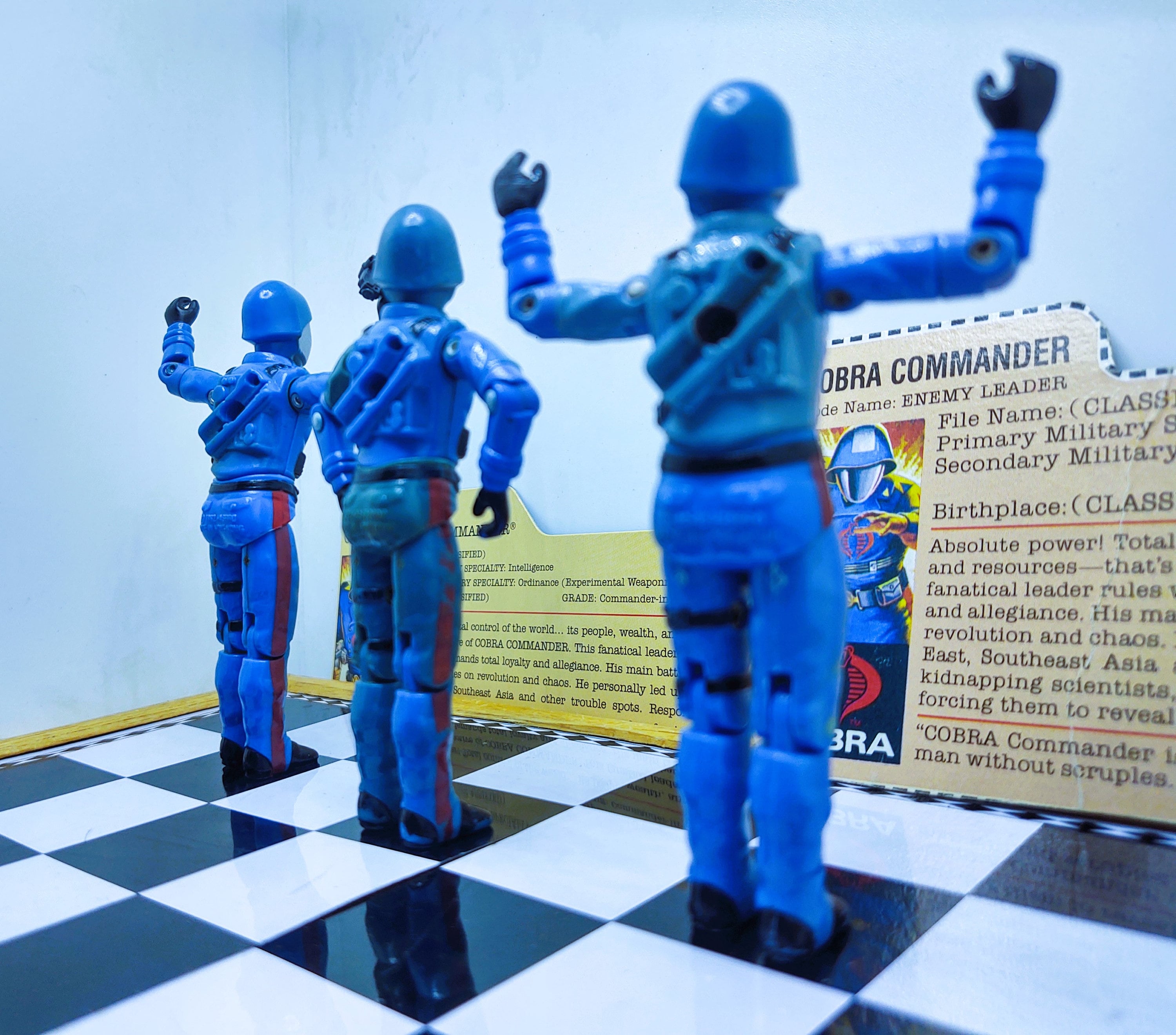 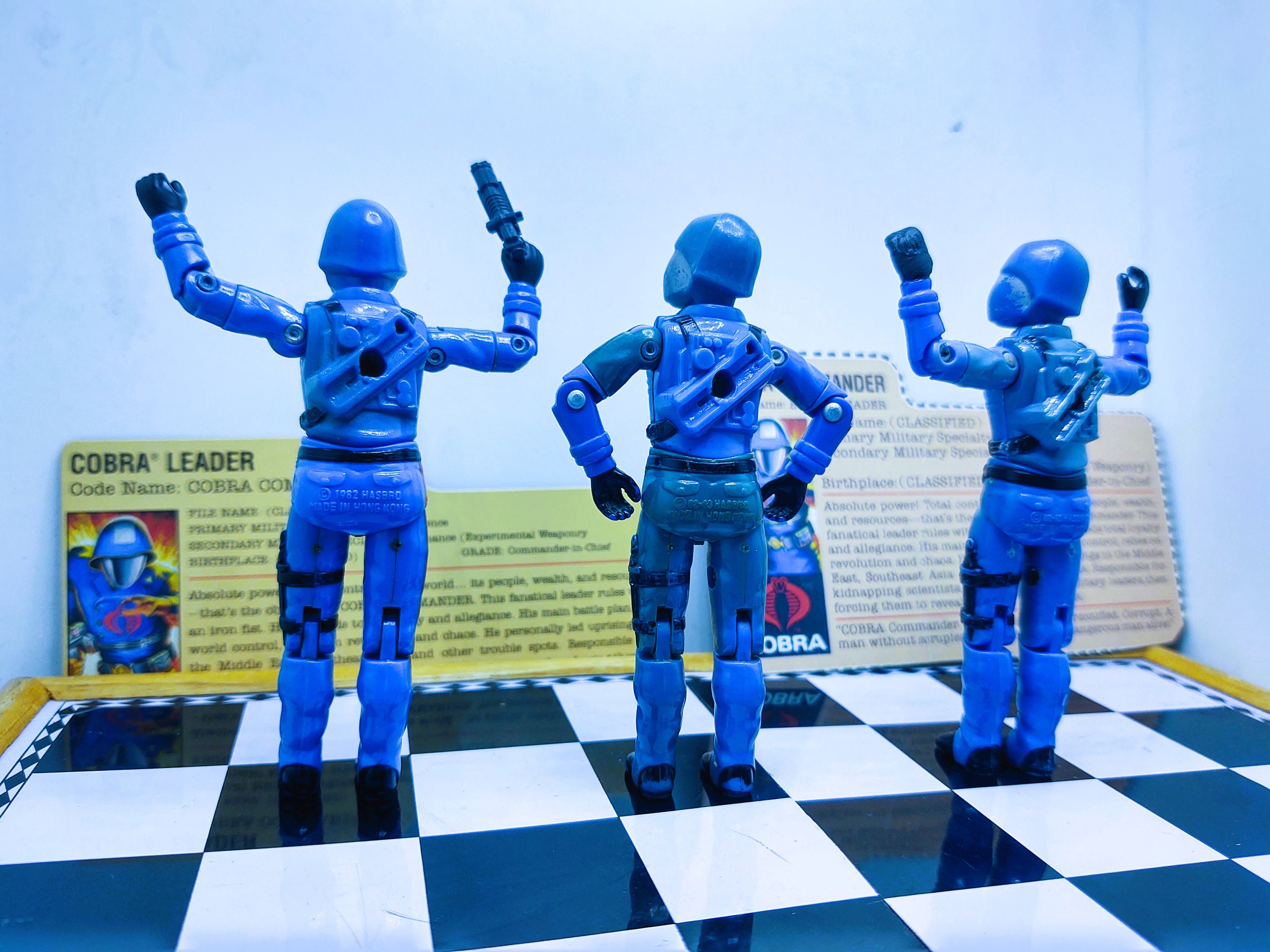 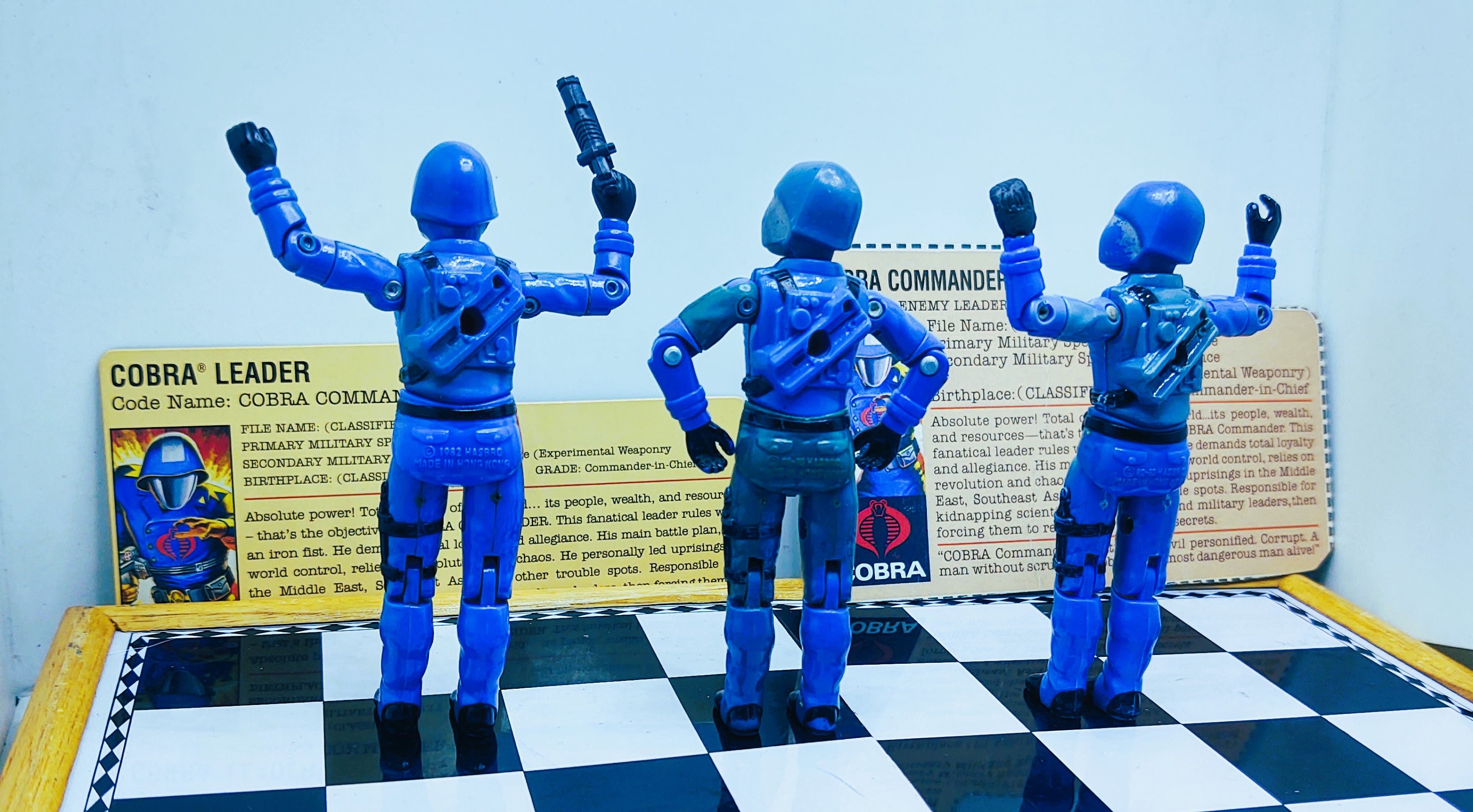 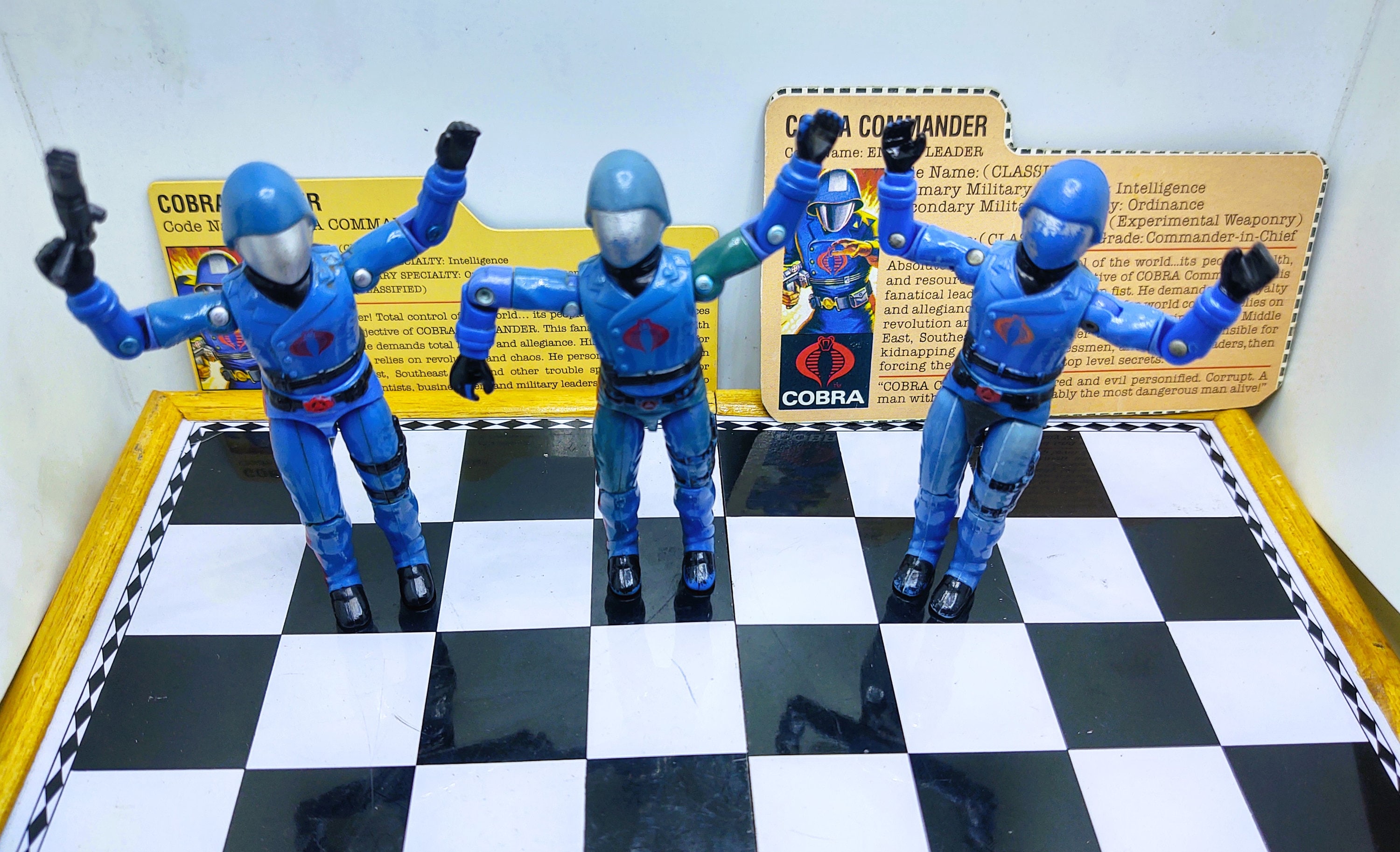 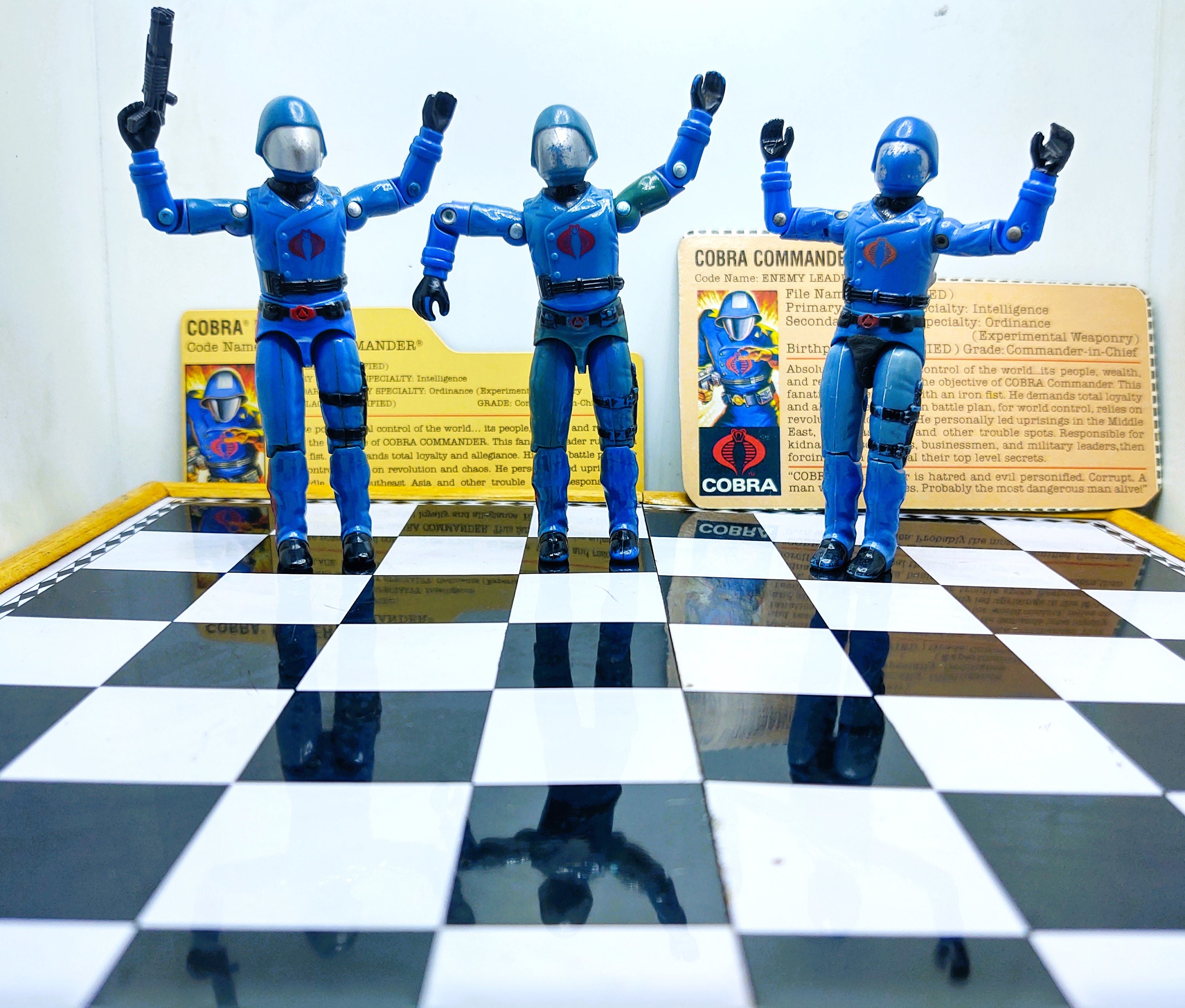 1983 GI Joe Cobra Commander, one Complete With Filecard, Hasbro ARAH. The middle Commander who looks like he's poppin and lockin, well, he's as loose as a Sunday morning visit to the commode. The one on the right is pretty decently tight, and has fair color, but he has a prosthetic "package" as well as I remade all four fingers on his left hand which were cut off when he defaulted on payments to Destro. He and the poppin' Commander both have from a little to a lot of discoloration. Note one of them does not have his red leg stripe anymore down the right side. You've got varying degrees of grill bustedness, too. Then there's the one on the left who is pretty nice, tight, well-colored for the most part, with his pistol and his original file card; a stress line across his crotch, but it's not distorted or compromised (or repaired) in any way. I guess we'll put the 25th Anniversary card with the Commander on the right. If we forget feel free to remind us of that lol. Oh, and select who you want under pattern.