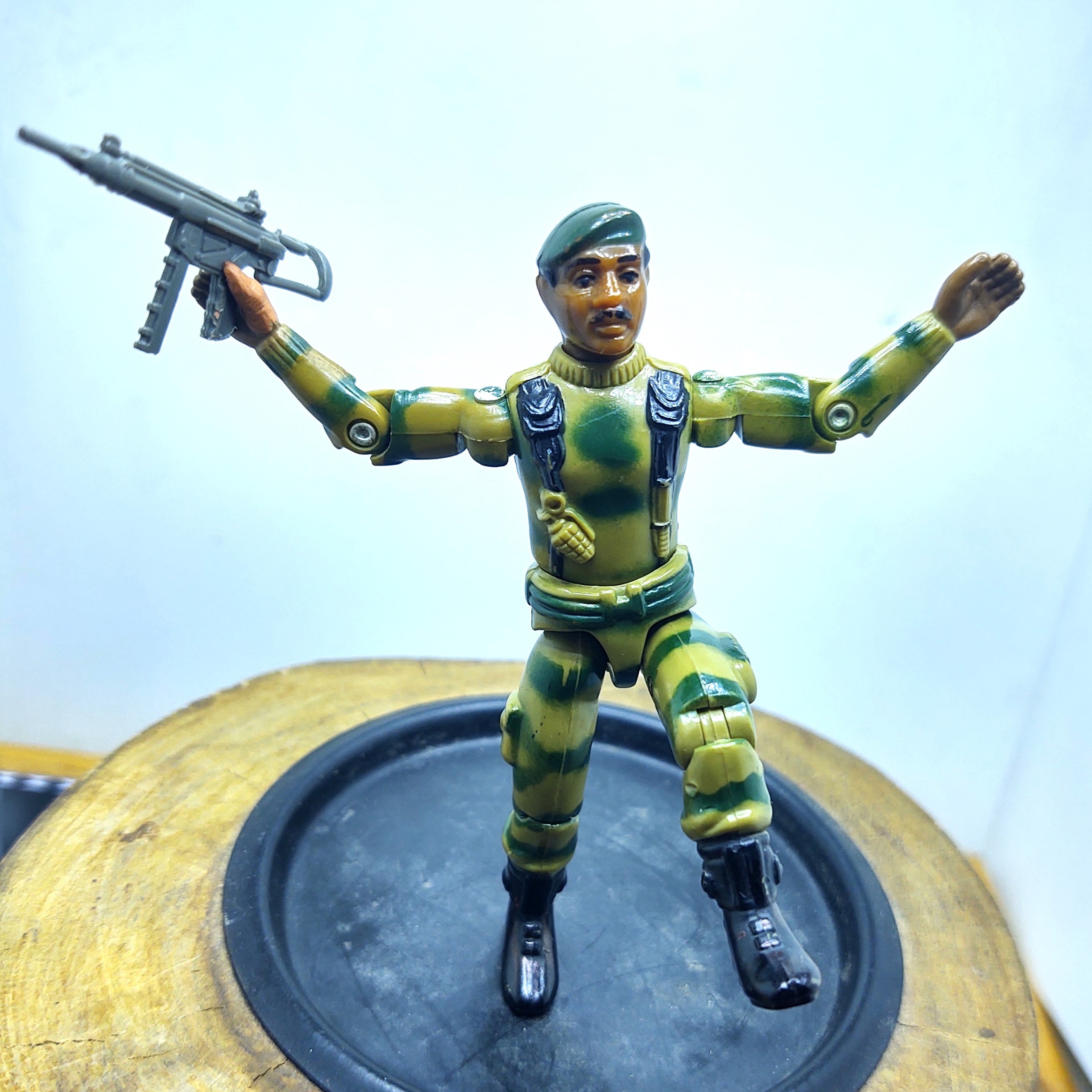 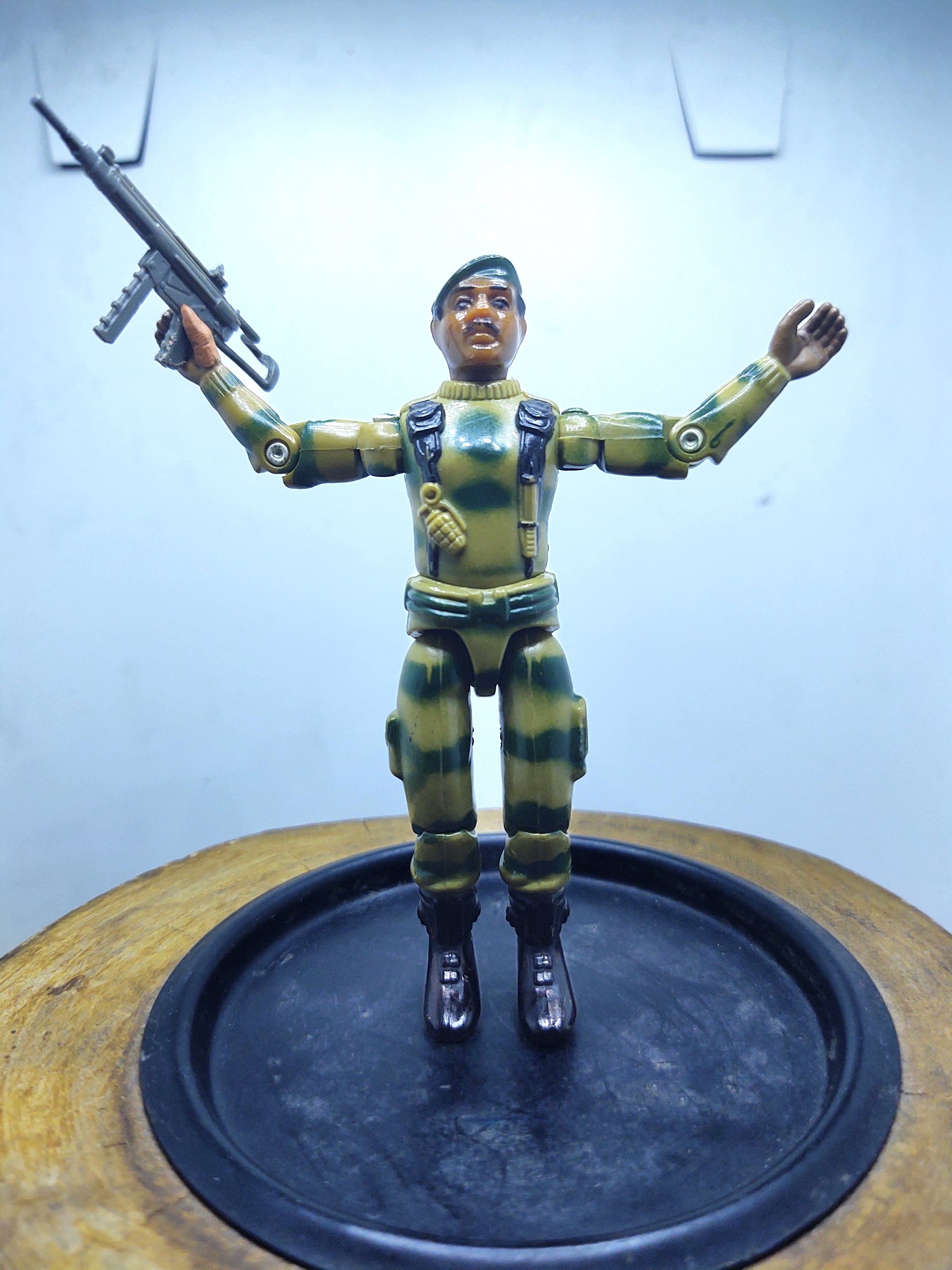 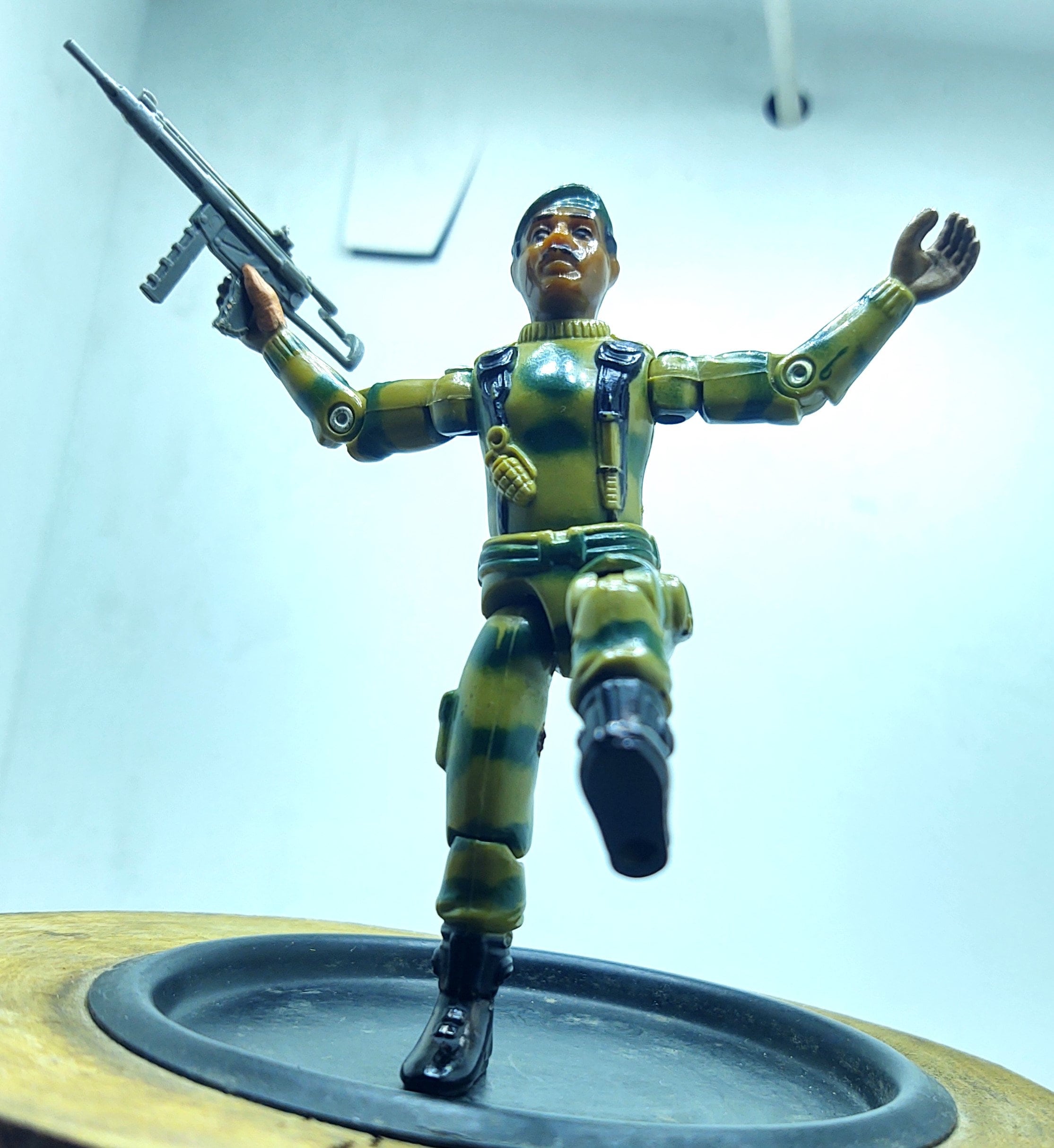 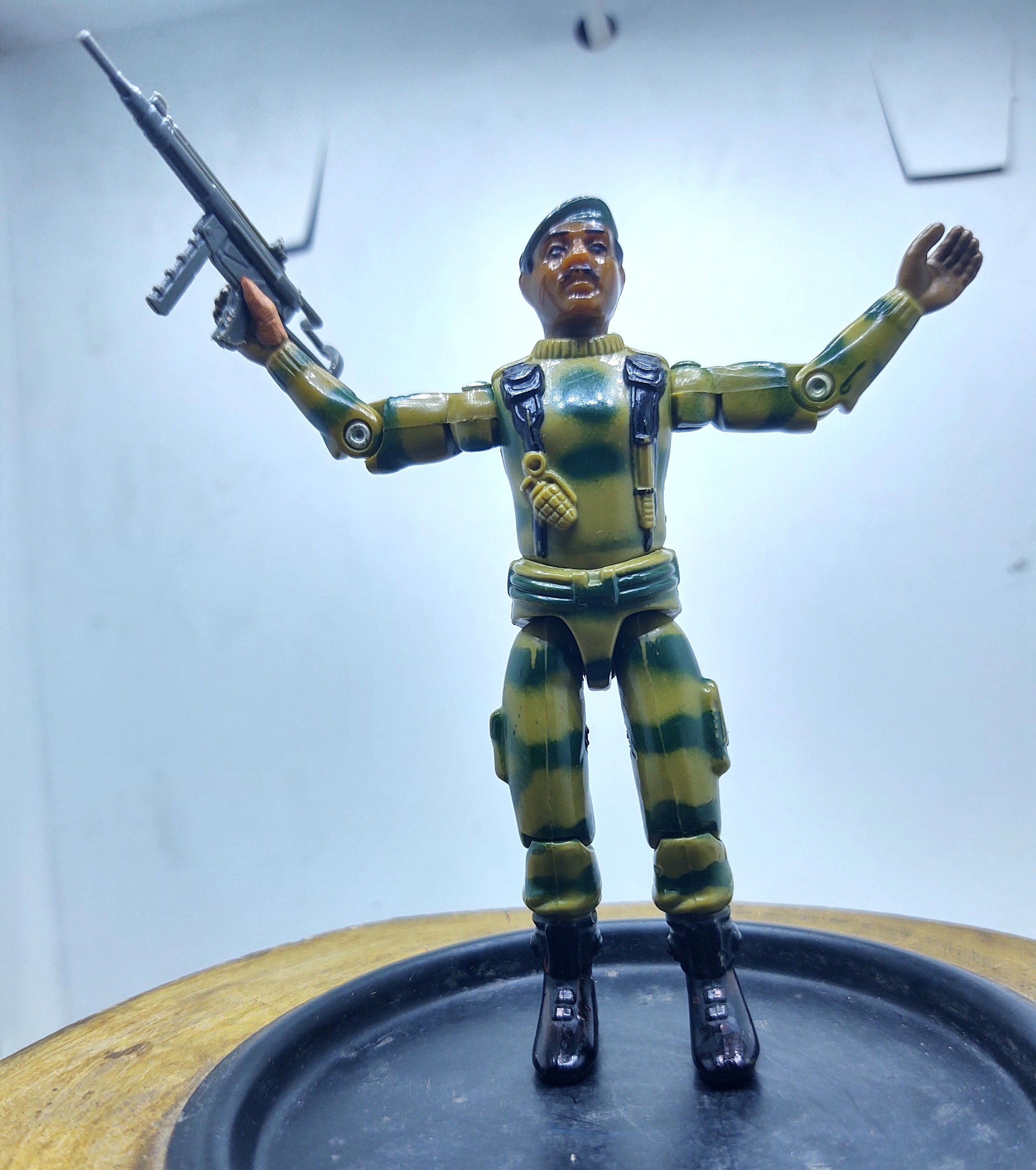 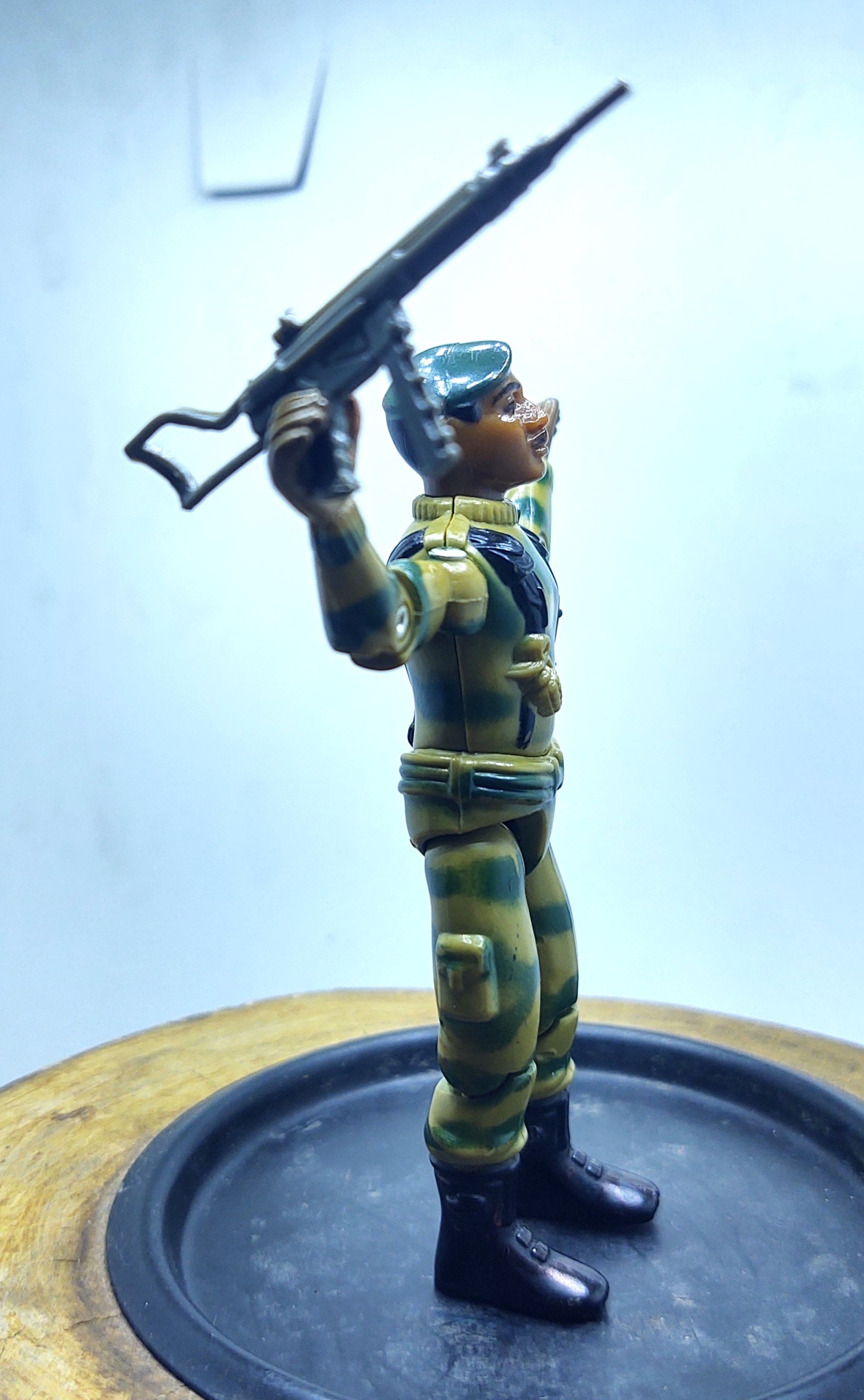 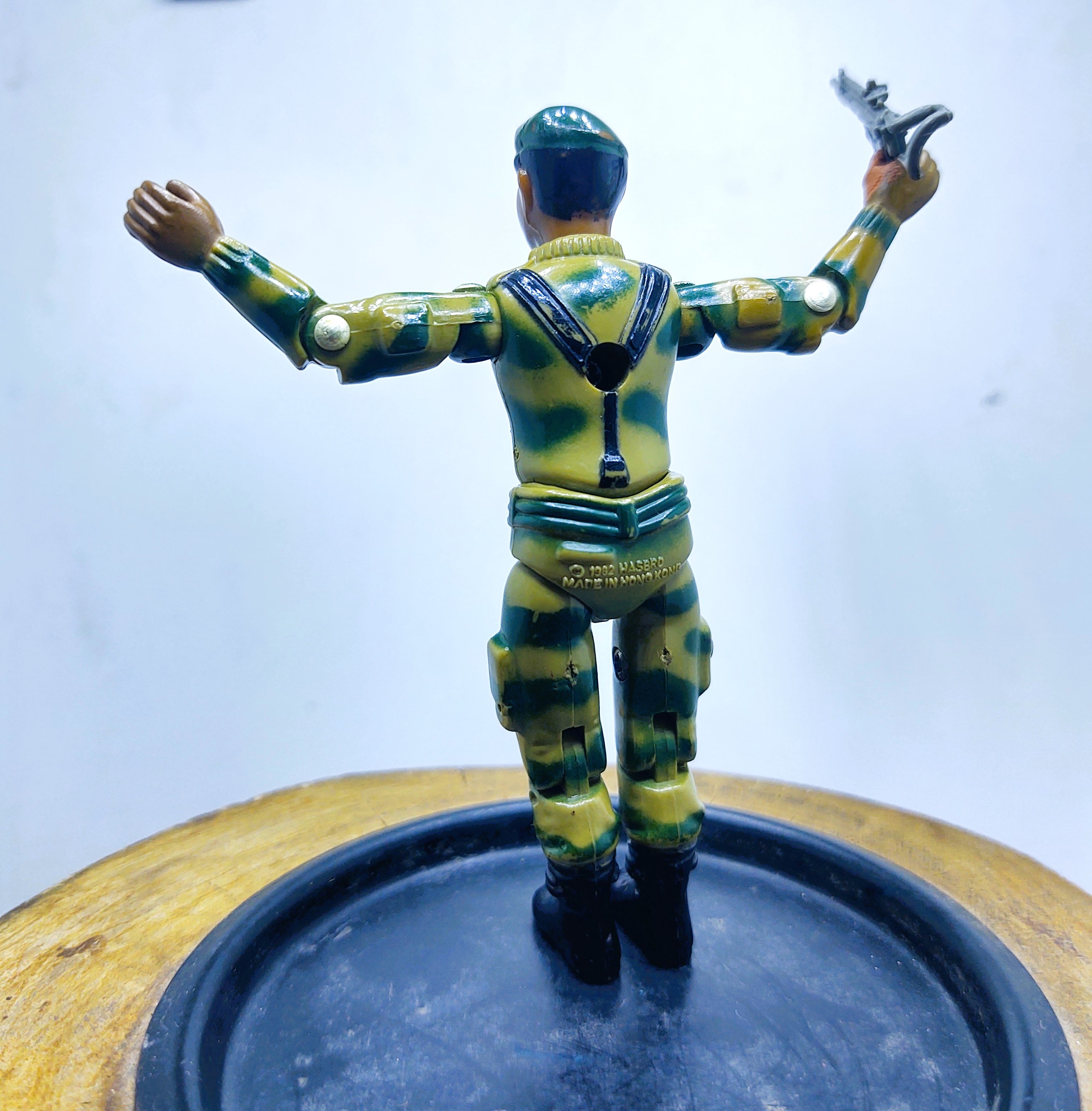 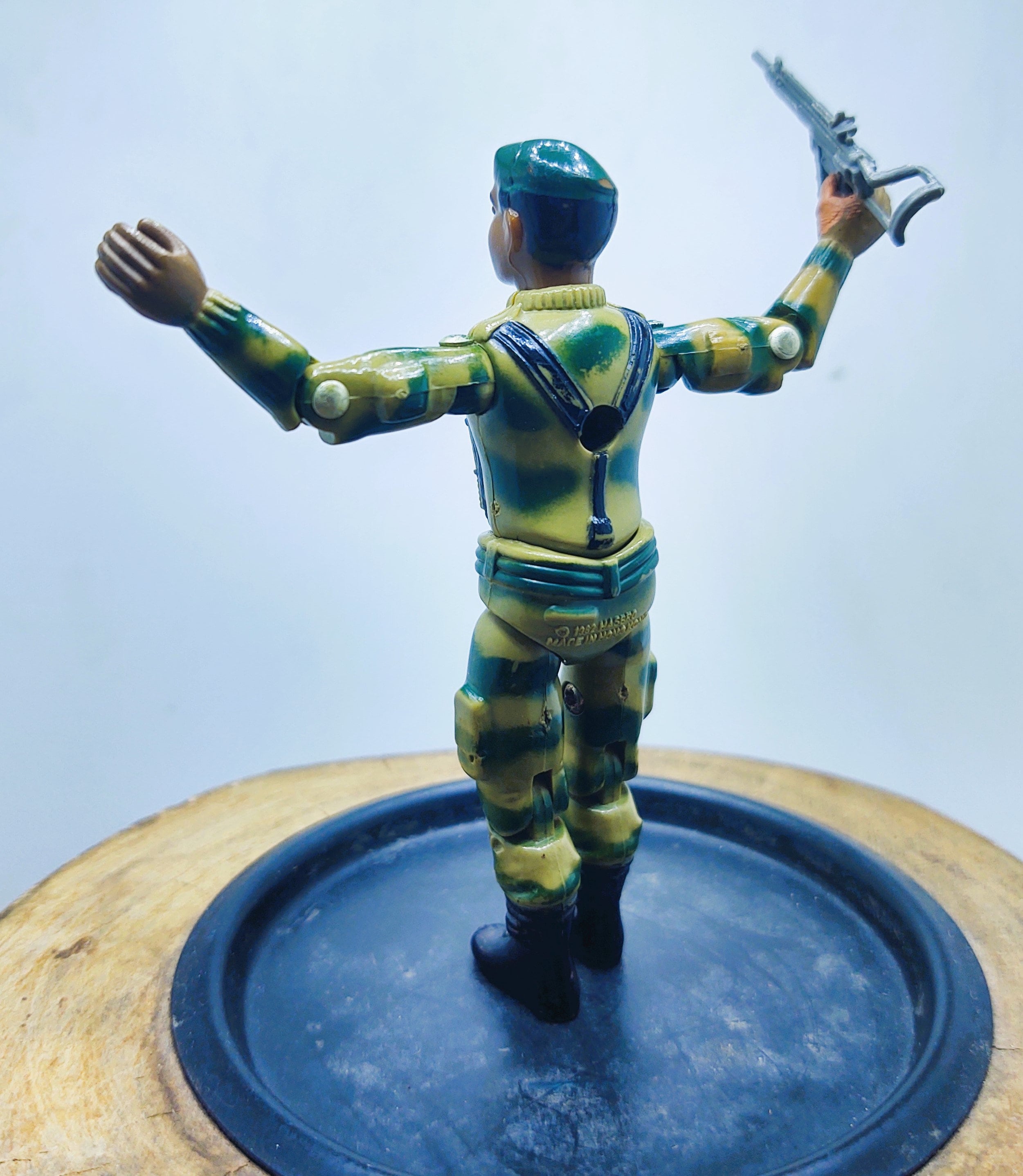 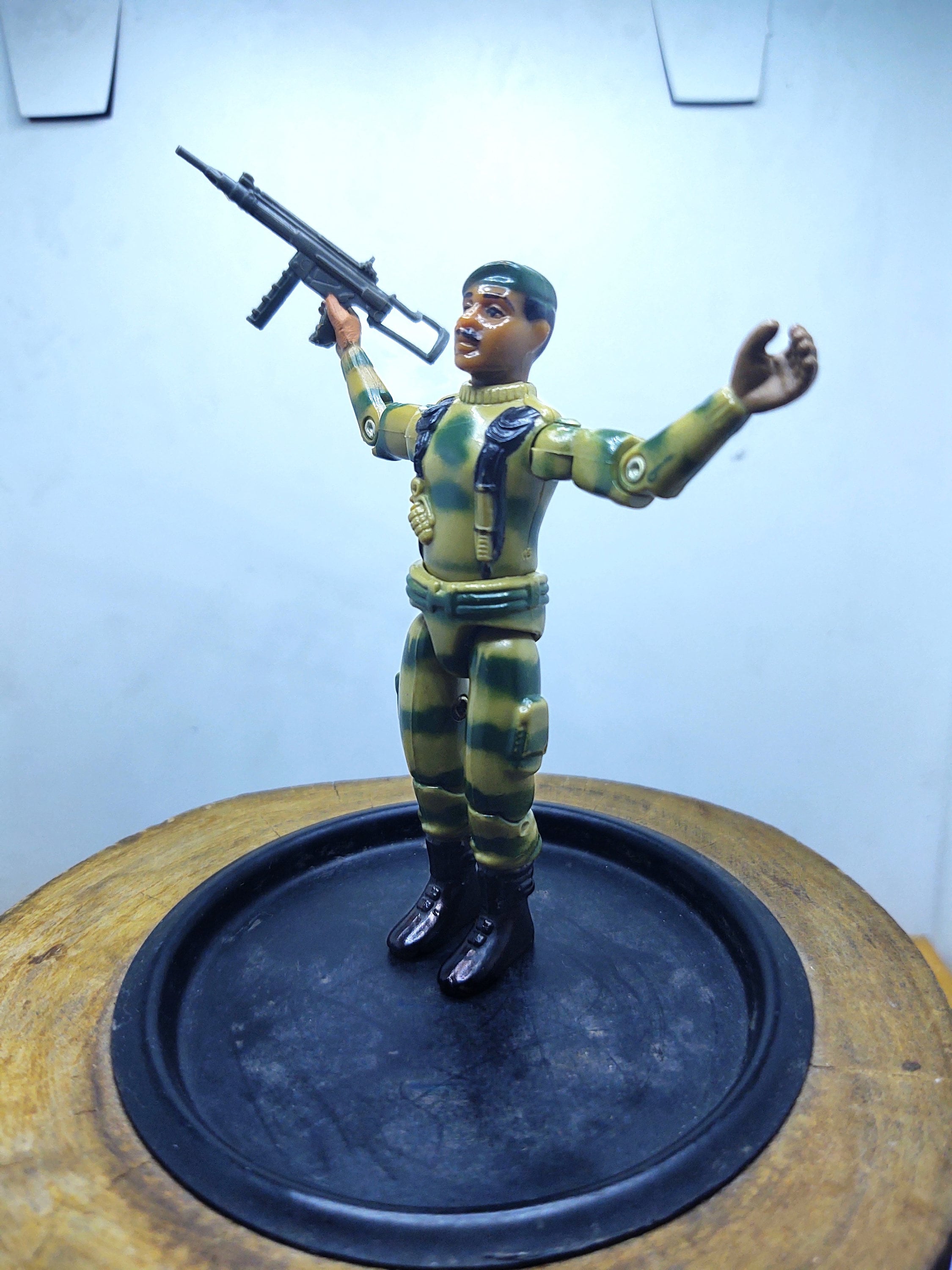 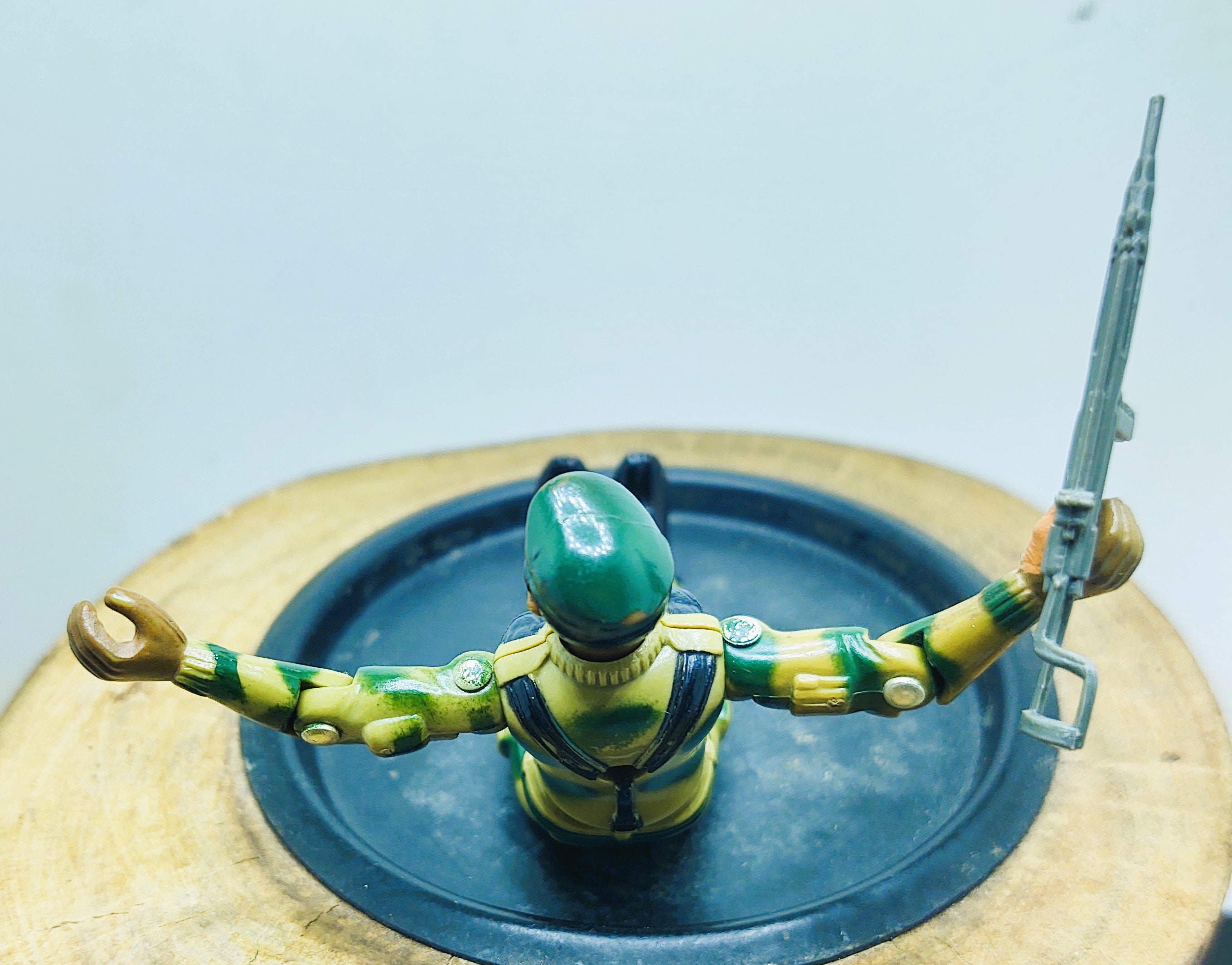 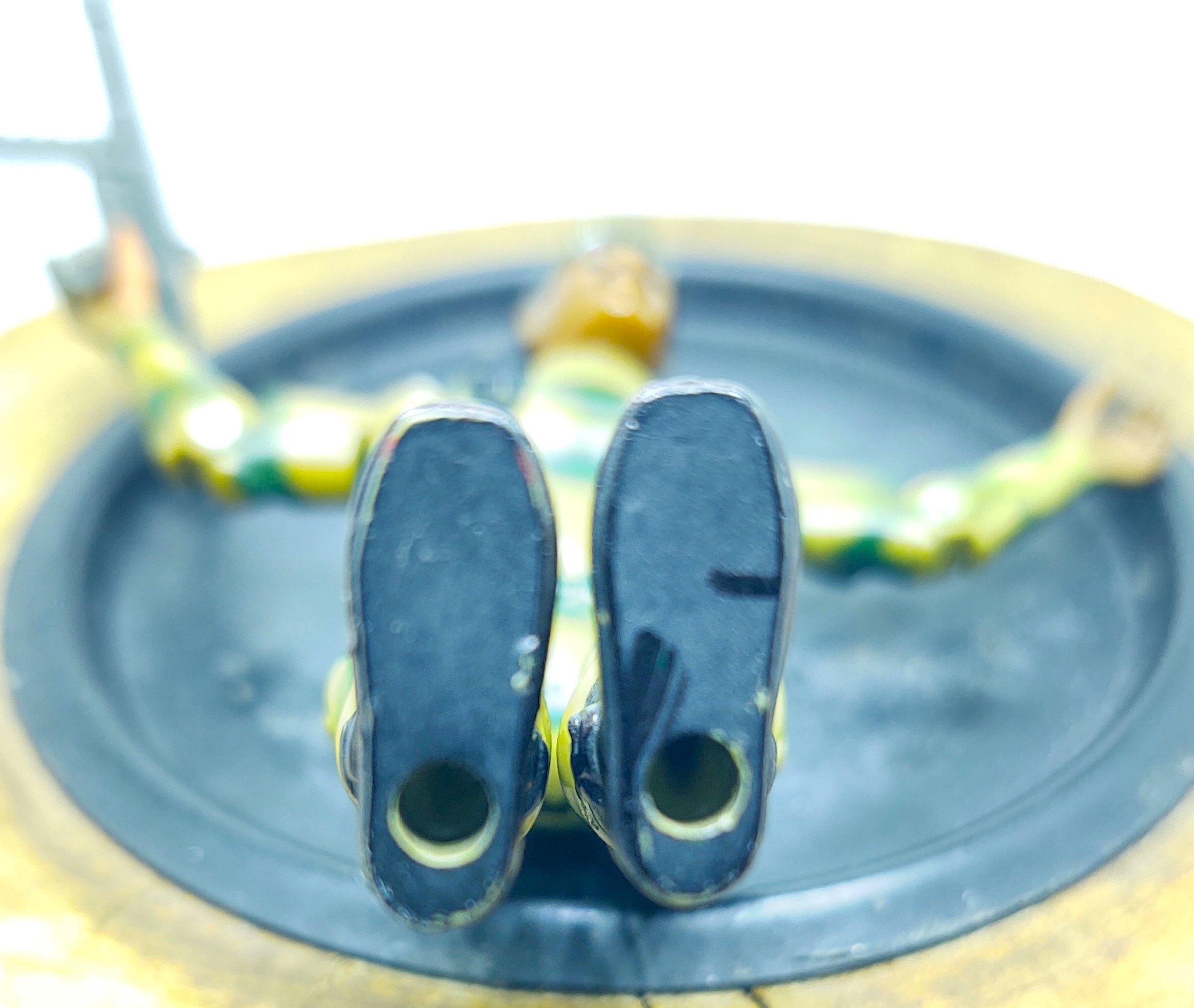 1982 Hasbro GI Joe Stalker Straight Arm ARAH, tight joints and O Ring, beautiful paint. Gun is correct. Right thumb is well-done prosthetic (Sugru), which, as you can see, holds his rifle just fine. Bottom of his boots make me wonder if his boots were touched up. Regardless, this is a really, really, clean and almost entirely tight original straight arm Stalker. He's depicted in the "boot stomp" pose in the lead photo. Wouldn't want to be on the receiving end of that.