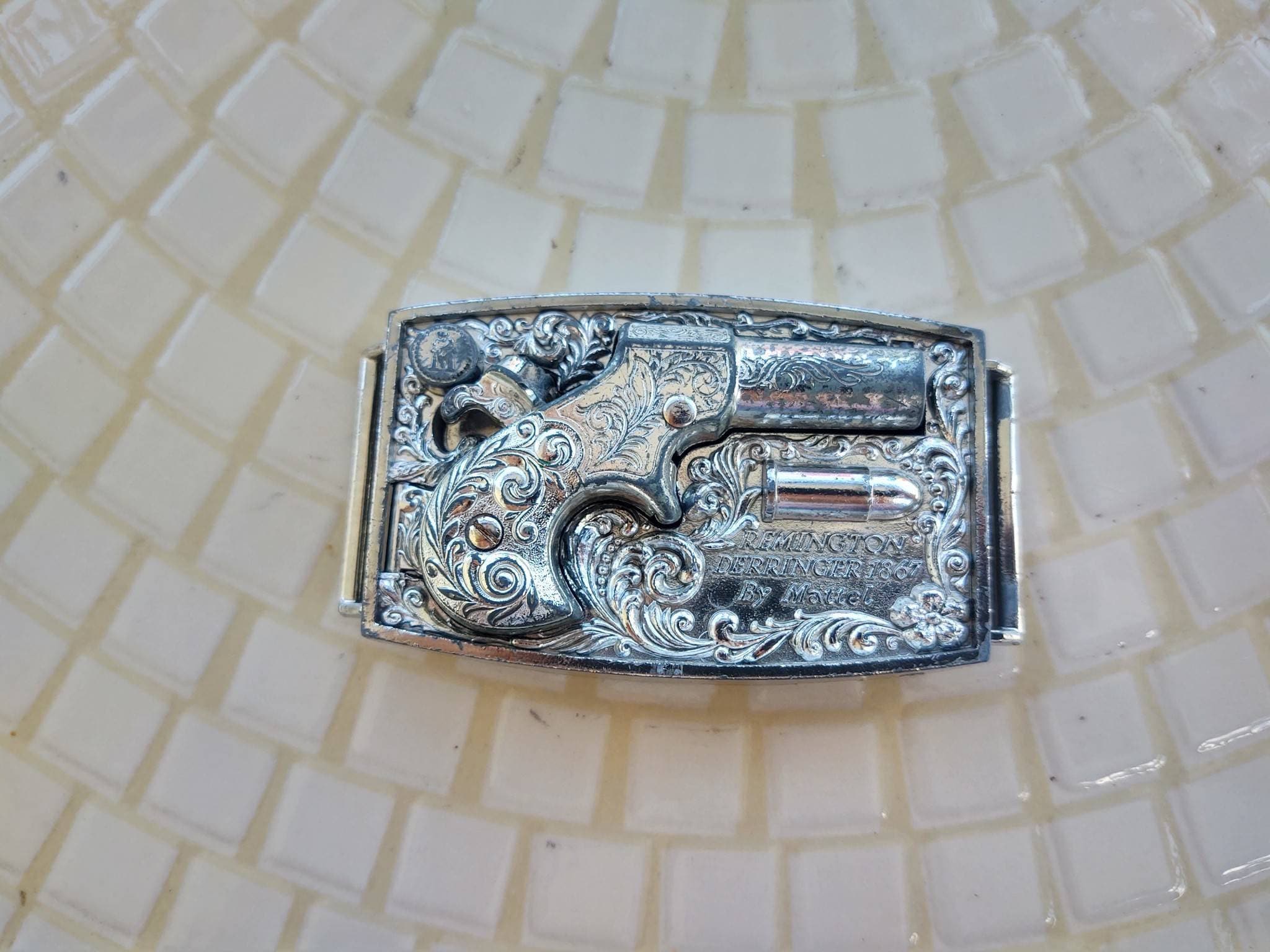 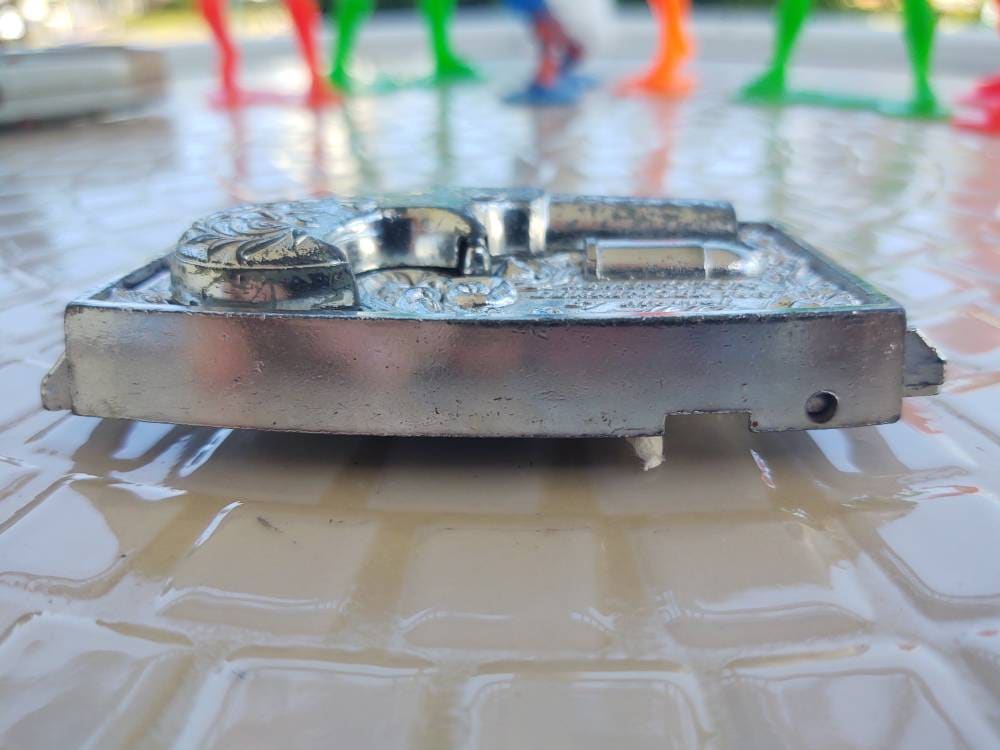 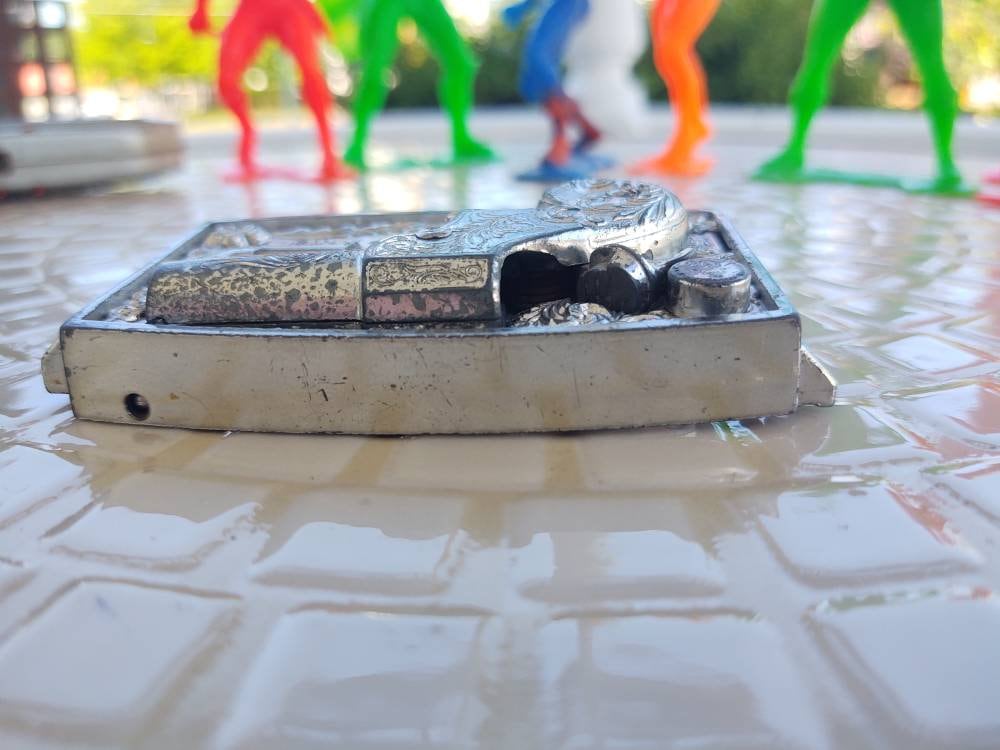 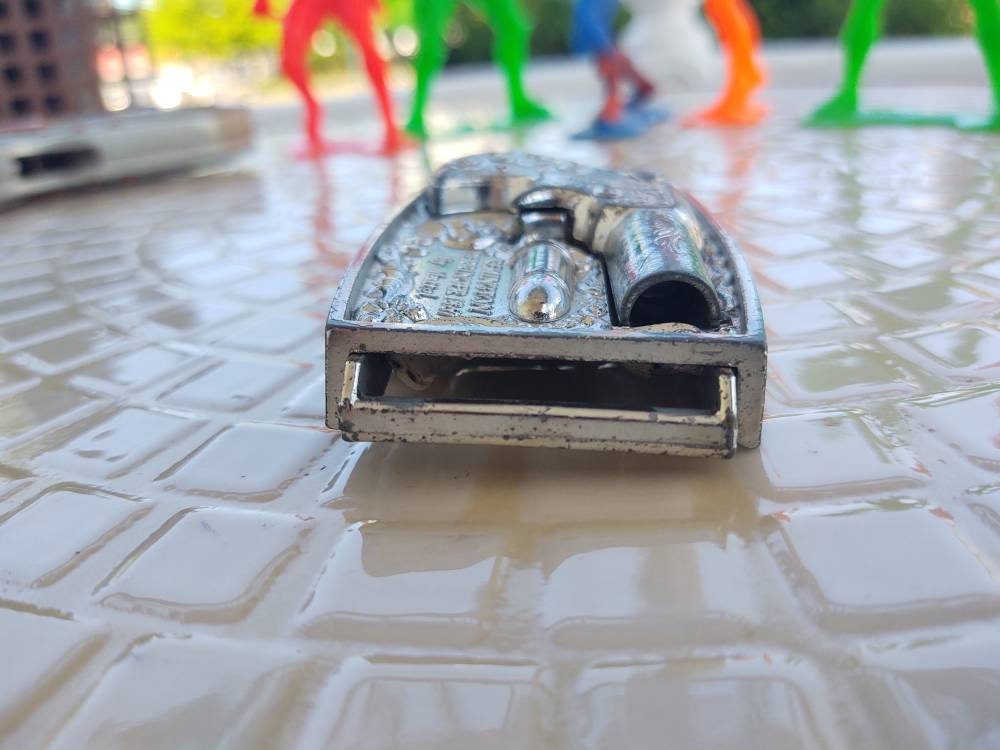 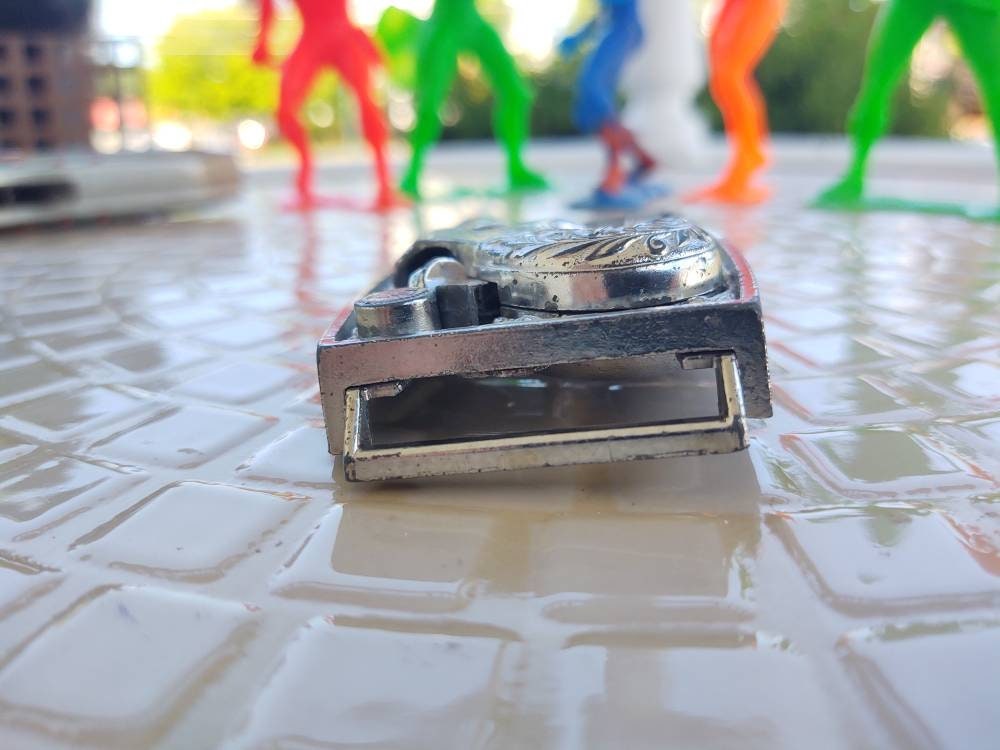 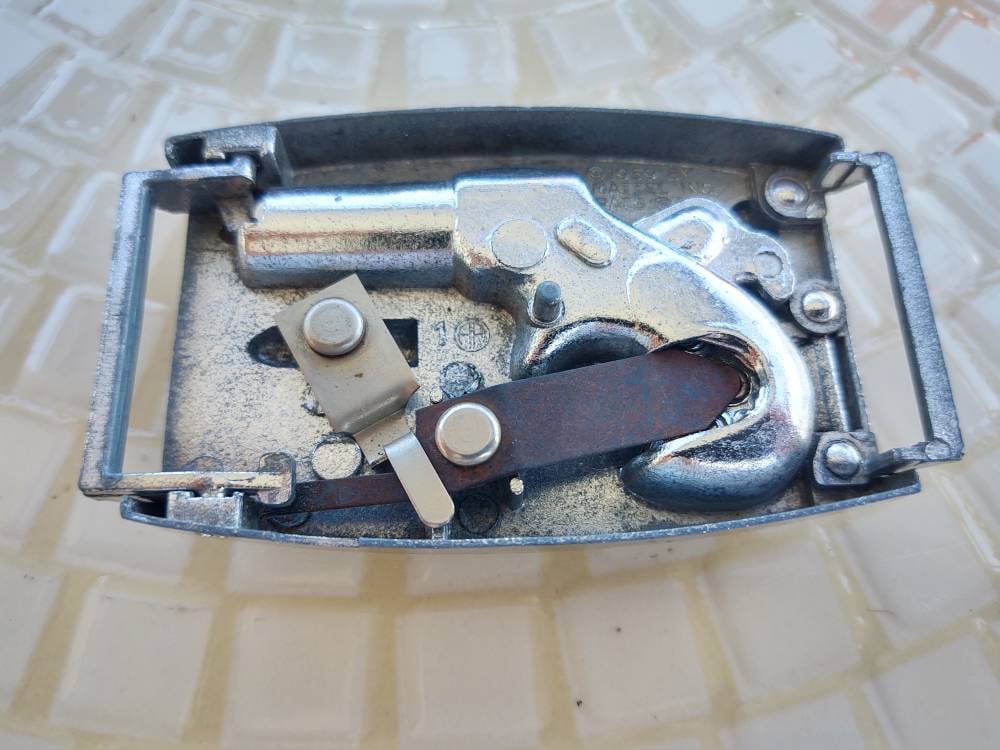 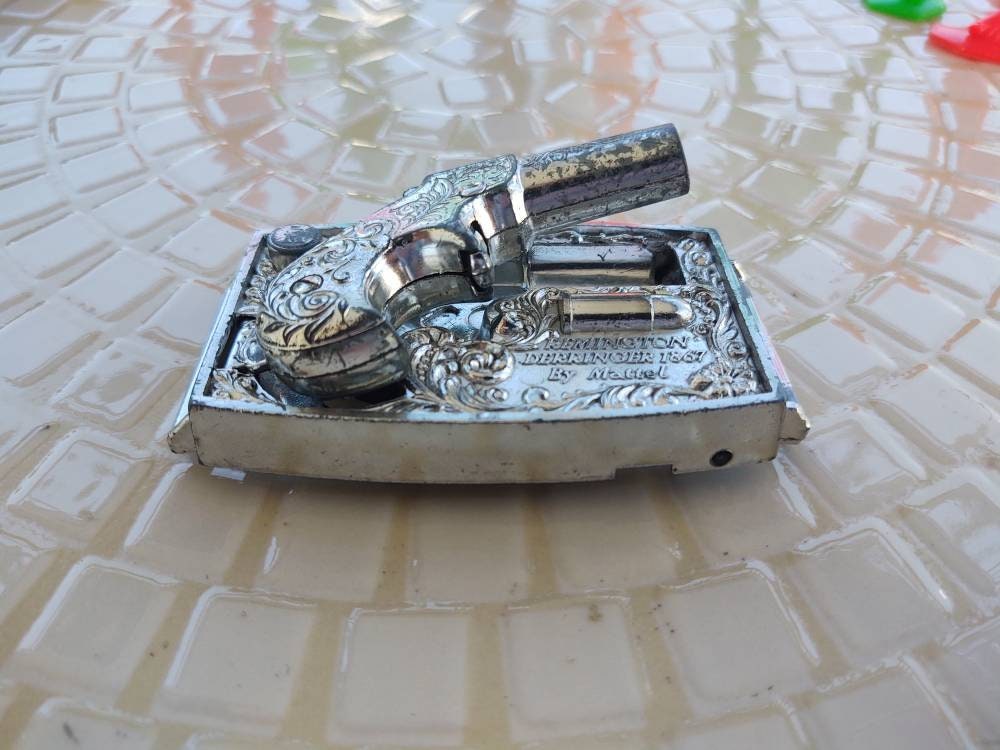 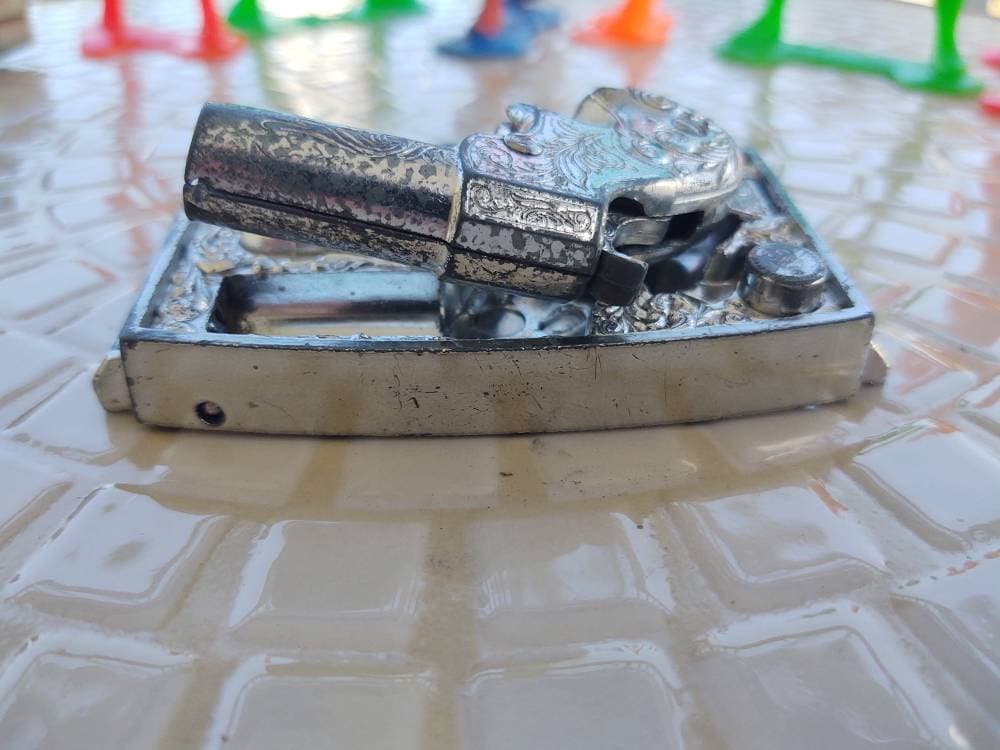 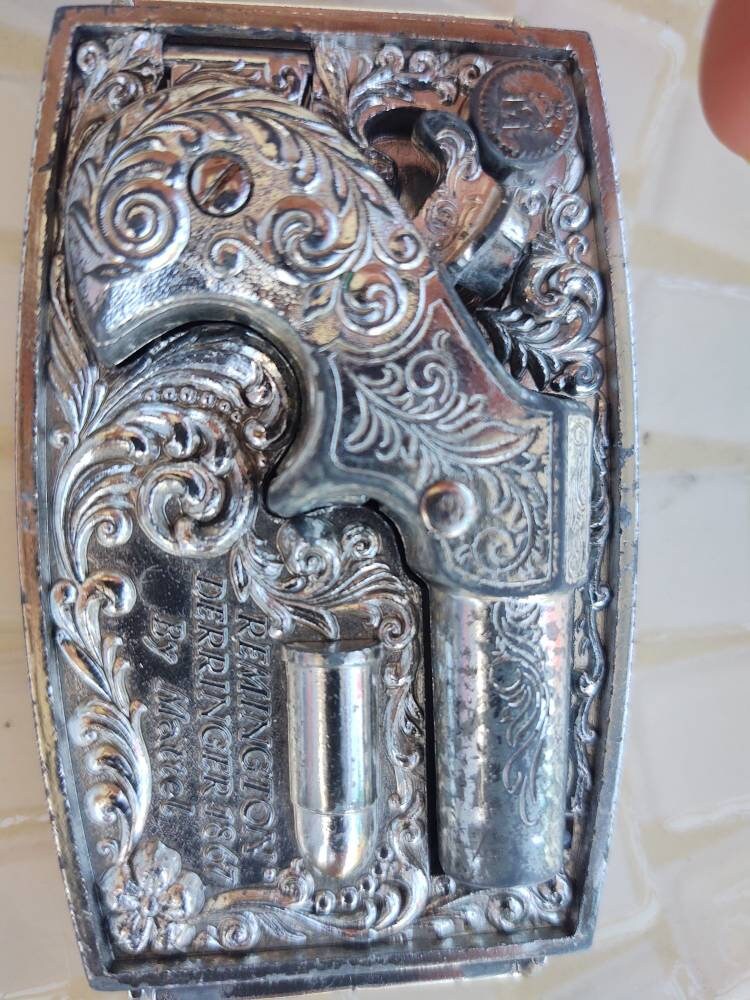 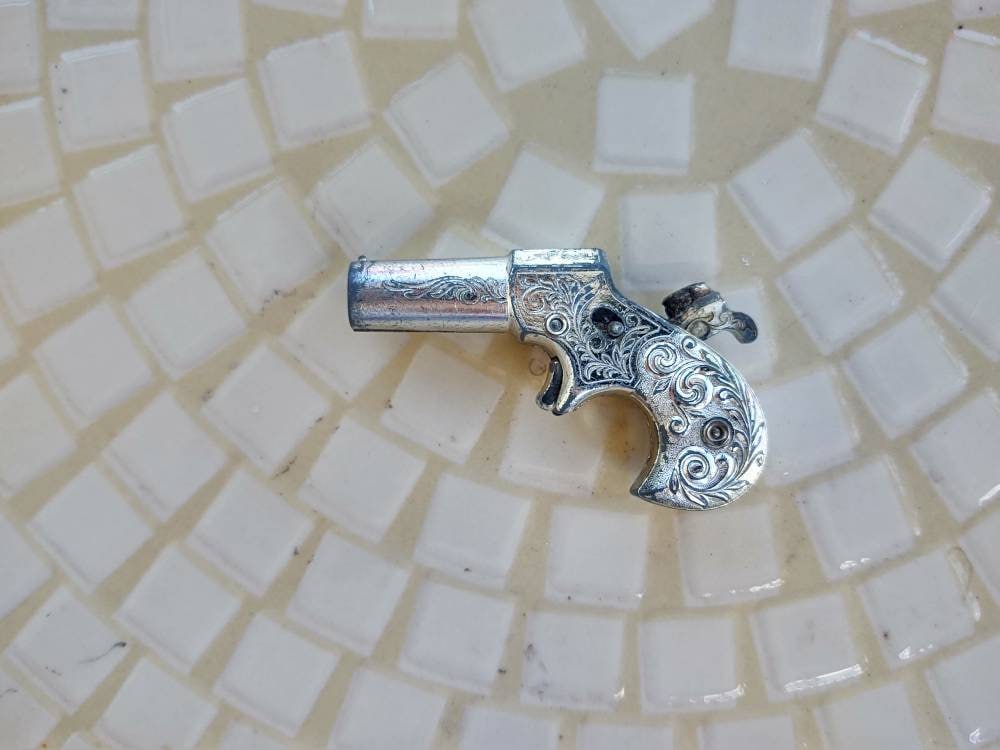 1959 Mattel Toy Remington 1867 Derringer Toy Gun & Buckle. Lots of these buckles out there, far less those that still have the Derringer. Secret action pops the loaded Derringer out to dispatch your opponent's crotch (presumably). Pretty nice shape, like 85 percent on the chrome give or take. The Derringer works great. The mechanism to keep it flat in the buckle and which pops it out, i.e., the surprise feature, is truly hair trigger. If you put like a rice size piece of JB Weld on the tip it would make it work just fine as the top has just worn down over 70 years of use. NOT A REAL GUN, TOY ONLY, ORANGE PLUG