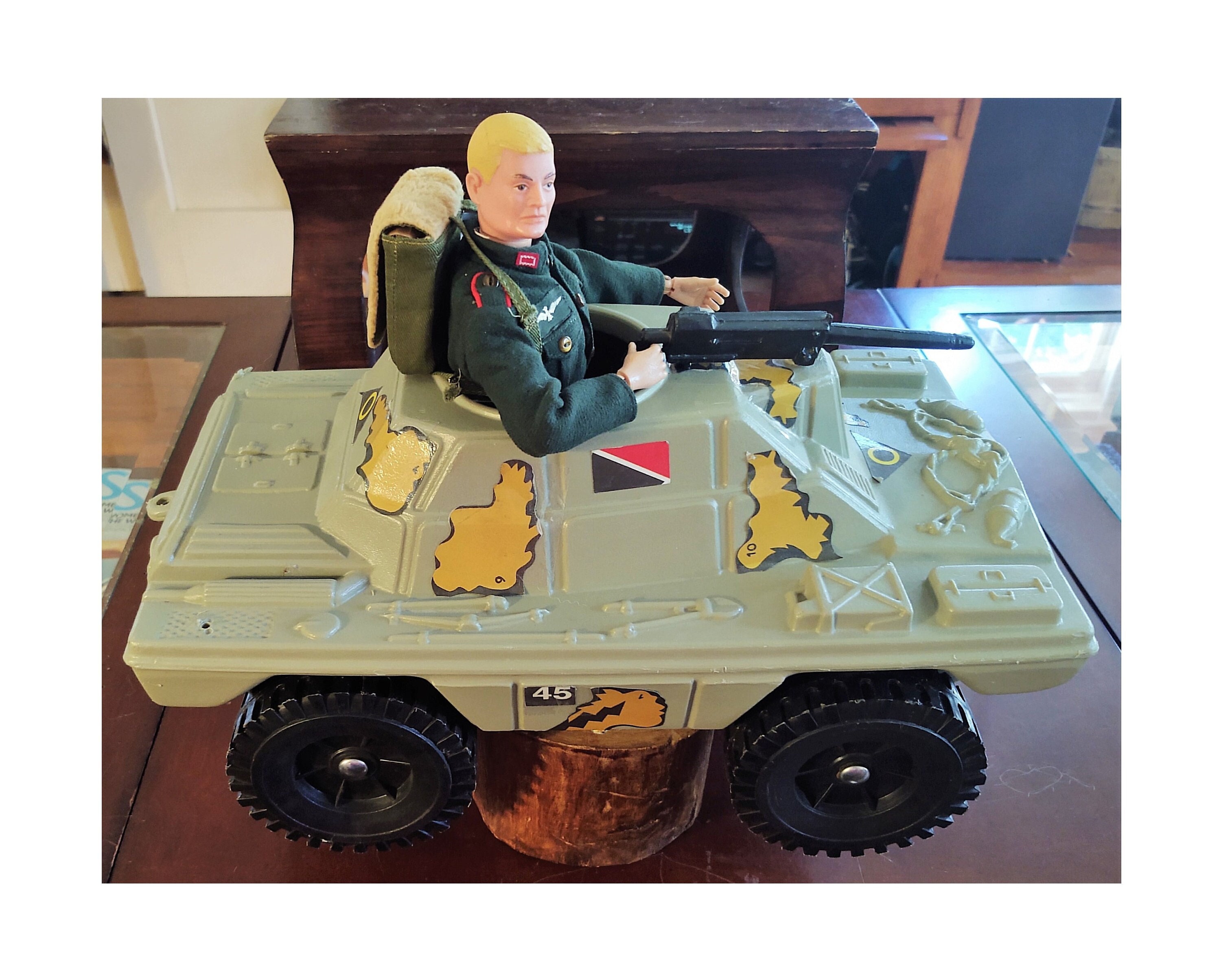 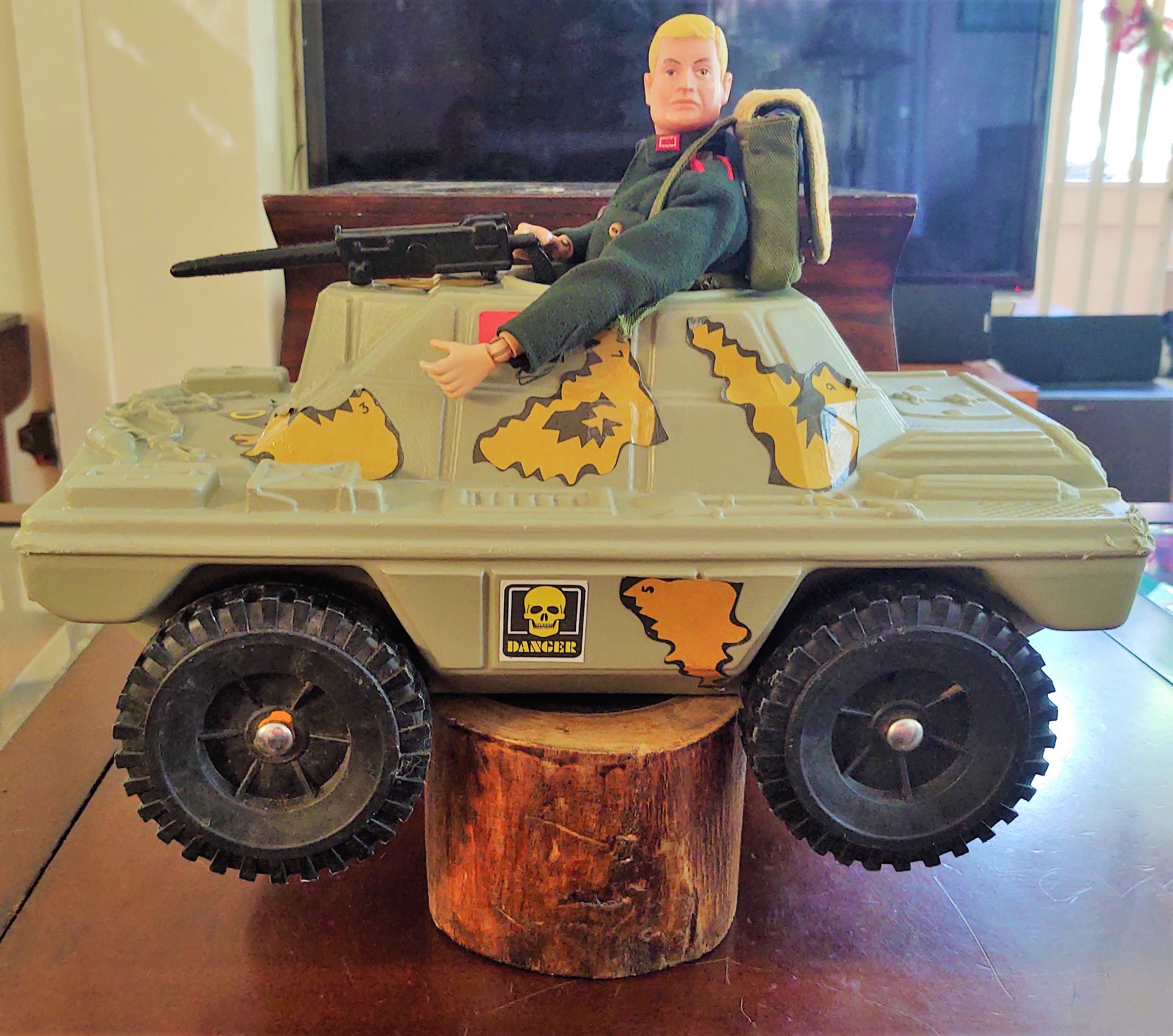 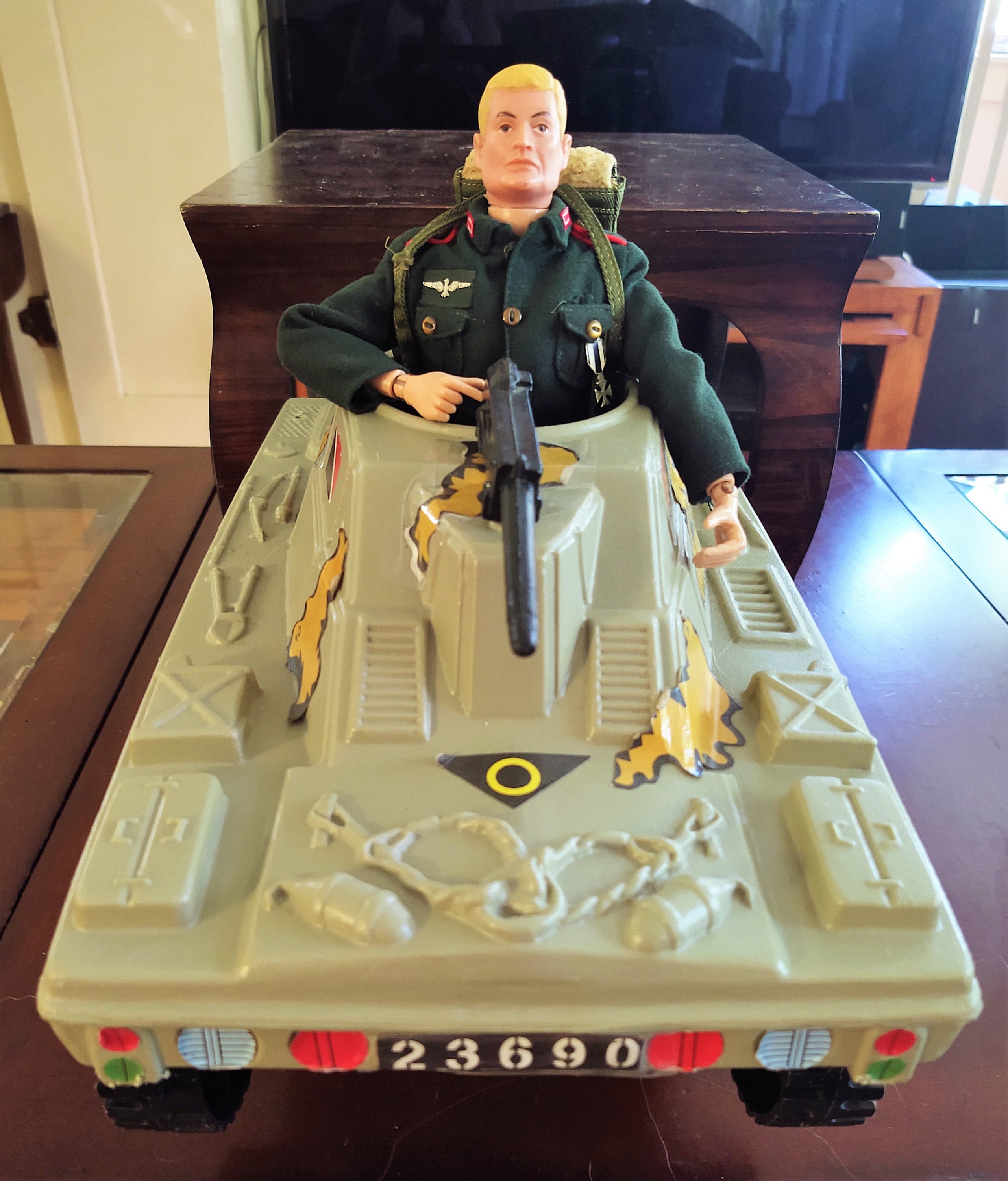 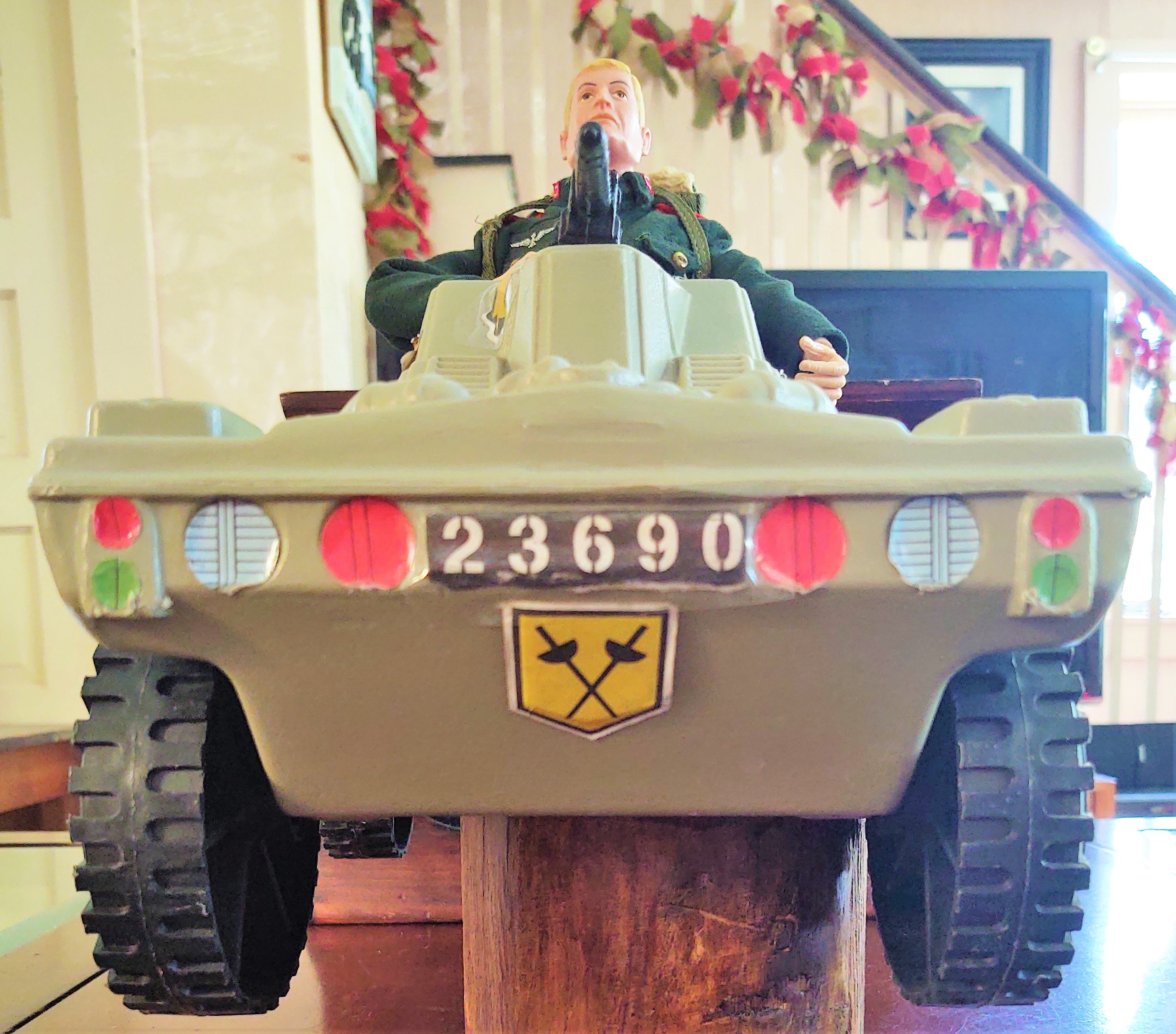 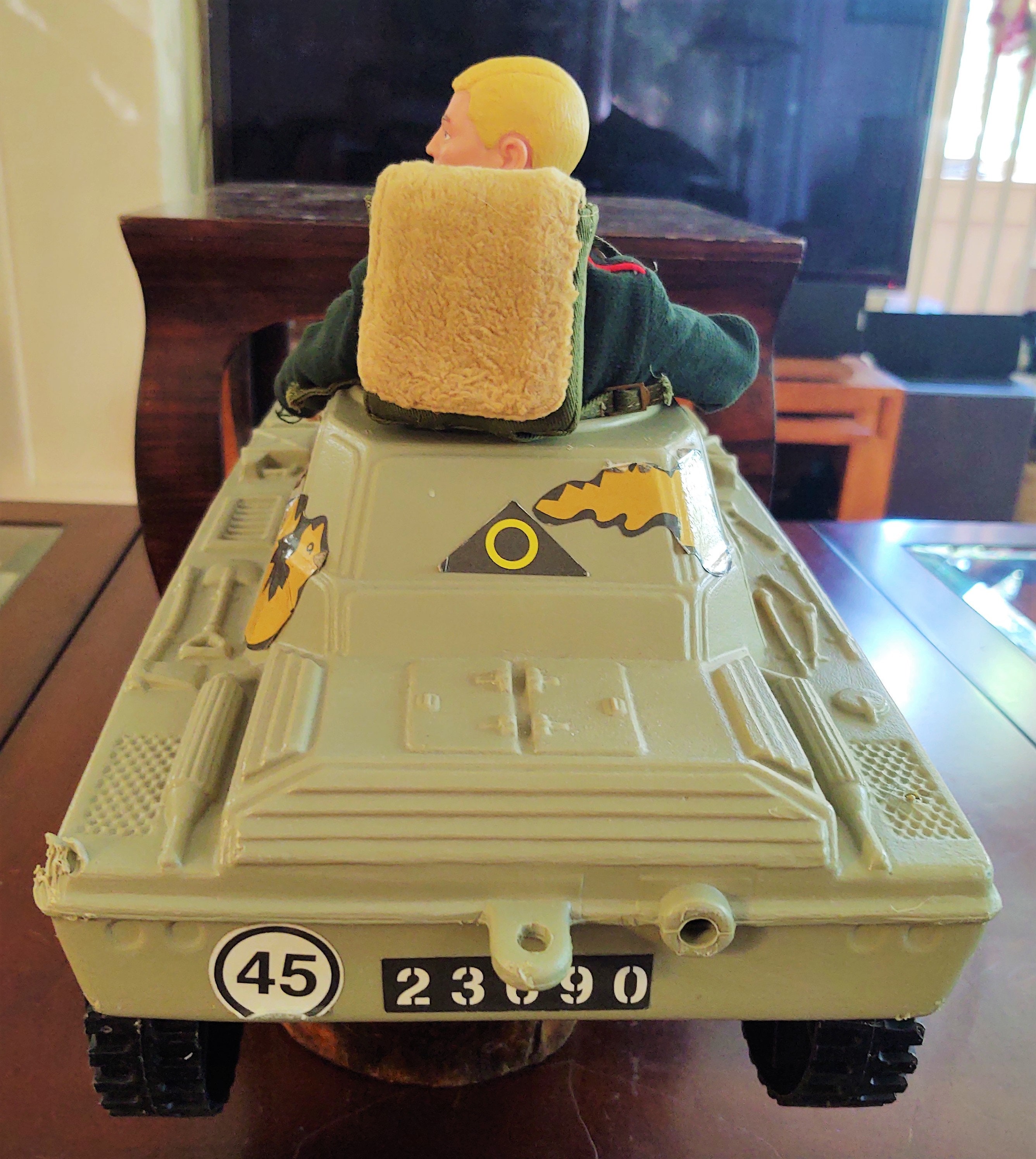 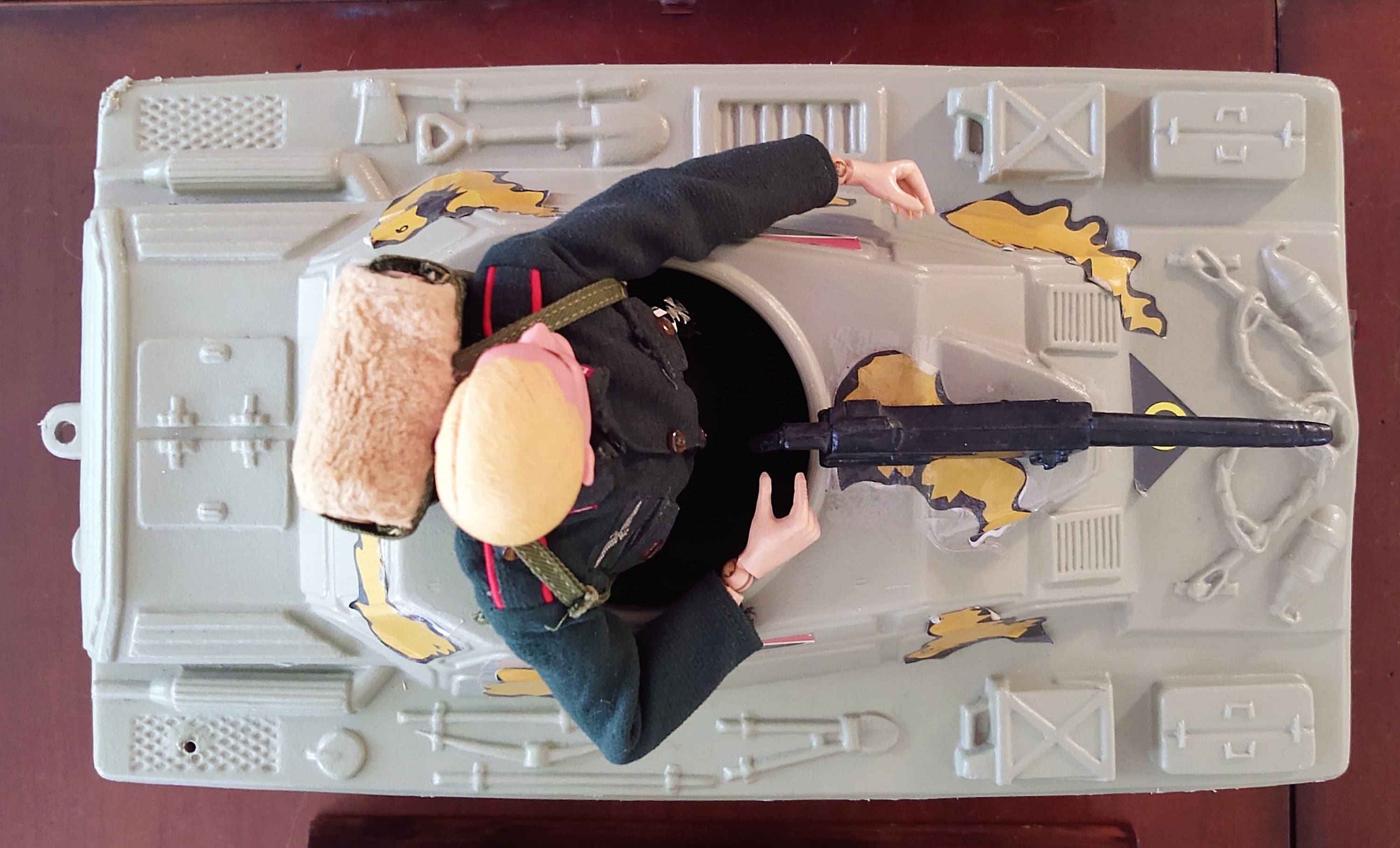 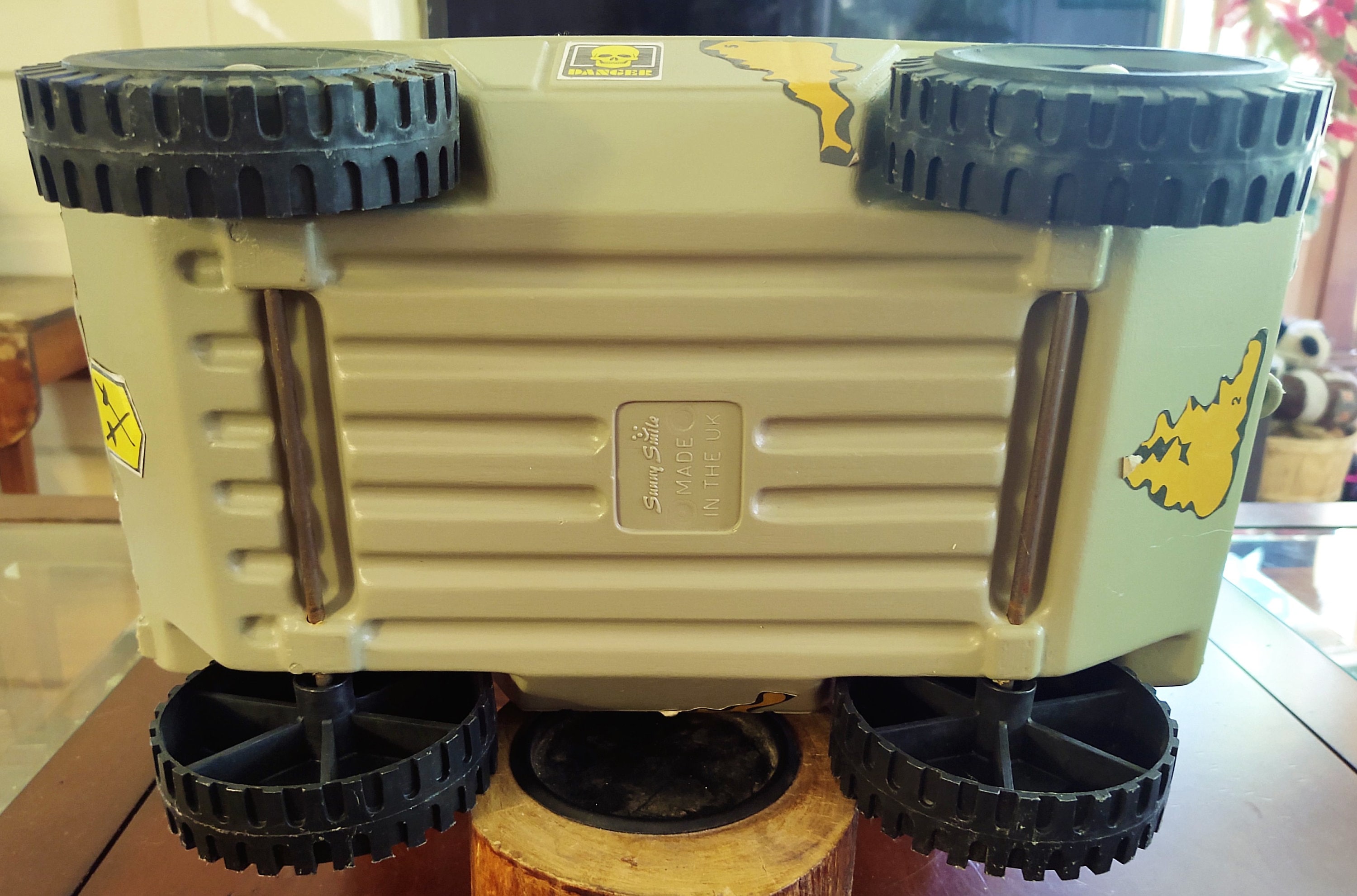 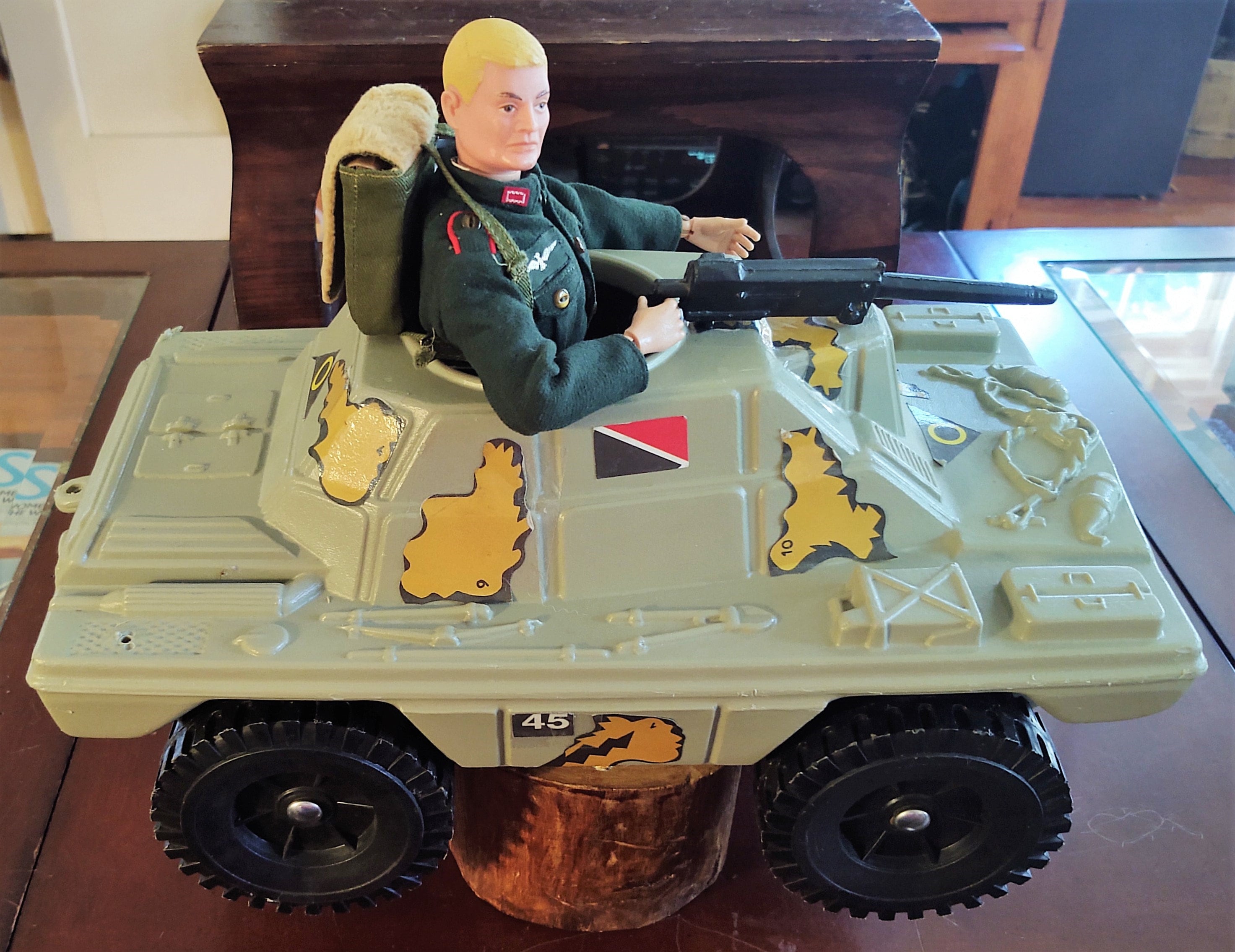 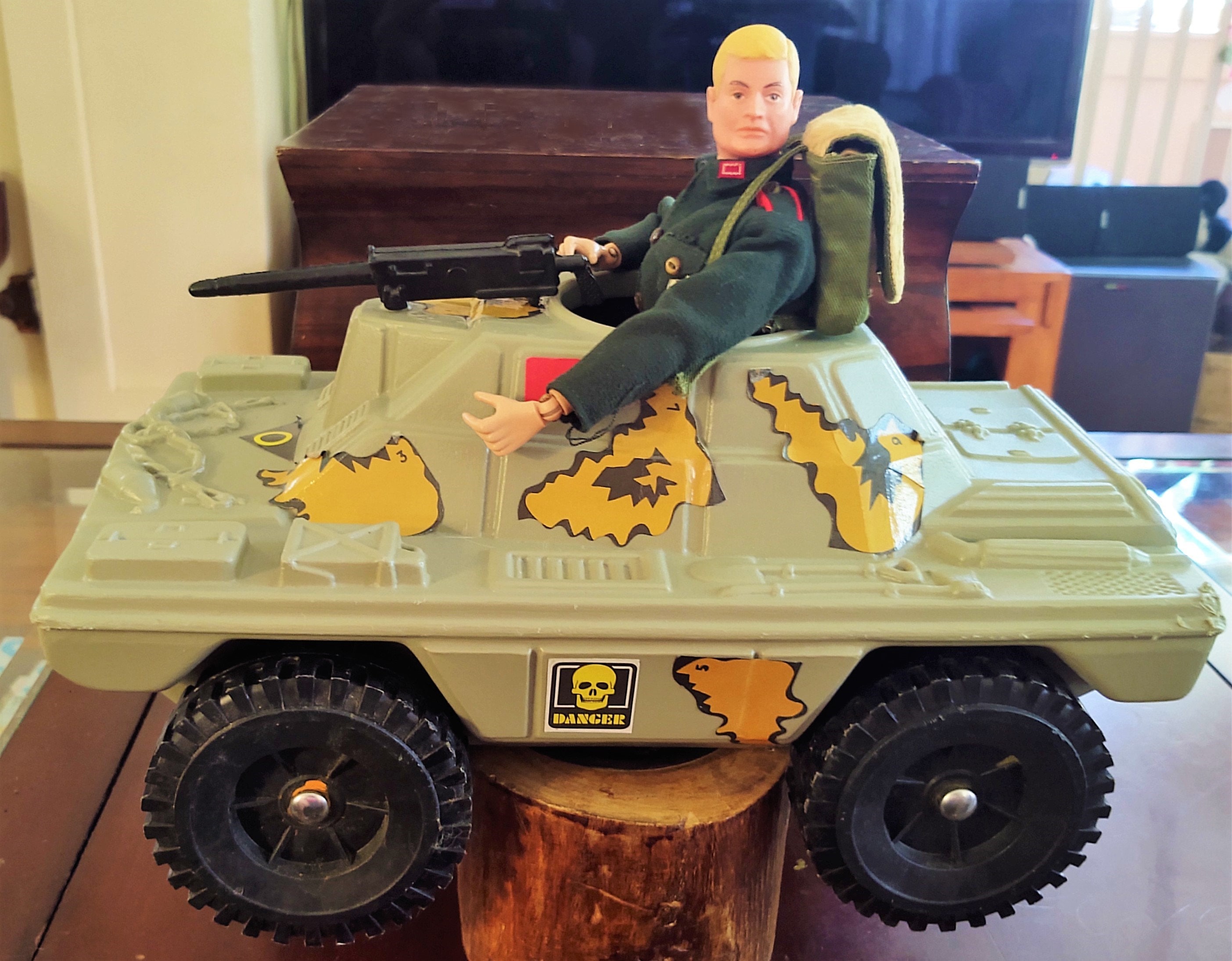 When I learned about the multitude of 12" vehicle offerings that you could get for your big Joes (aka Action Man) back in the day across the pond, I have to admit I felt jipped. How cool is this Cub?! The answer is, very cool. I'm pretty sure it can easily take out a Green Beret machine gun emplacement, to say the least. Plus it's the rare Afrika Korps version. Why didn't we have these in the U.S.?

1. Nice, original stickers (a few of which have been bolstered with clear tape).

2. Machine gun is not original, though it is of contemporaneous vintage. It actually came off the sidecar from a Cherilea German Army Motorcycle and Side-Car, though I think it might have originated from an Irwin 1/6 scale military vehicle, Irwin being another UK toy maker.

3. Smooth action on the wheels.

5. The Joe figure is not included. He's just there for scale (though we will be offering him at some point).